Spoilers ahead for Black Lightning Season 2, Episode 7. The reign of terror against the Perdi in South Freeland has come to a halt after Thunder impaled Looker during an epic fight scene. There’s a chance that Looker is really dead on Black Lightning, but there’s too much story left for this powerful villain to be gone for good already.

In the Nov. 20 episode, Black Lightning is overpowered by several of Looker’s men in the woods and taken hostage. He wakes up sans suit and tied to a chair as Looker waxes on about how they’re more alike than different; after all, she says, they both fight for their people. This enrages Black Lightning because she’s obviously a White supremacist, and the pair get into a heated argument over race issues. She straps him to a wire frame and orders her men to electrocute him to death while she goes off to hunt Anaya’s other baby. This electric shock works to his advantage by giving him the strength to break free, take out her men, and retrieve the kidnapped twin.

Meanwhile, Thunder comes face to face with Looker and The Sange. She uses her shockwaves to knock out the crew members and engages in a brutal battle with the mind-controlling antagonist. Looker’s incredible speed gives her an upper hand and she nearly chokes Thunder to death, but Black Lightning shows up just in time to help his daughter. 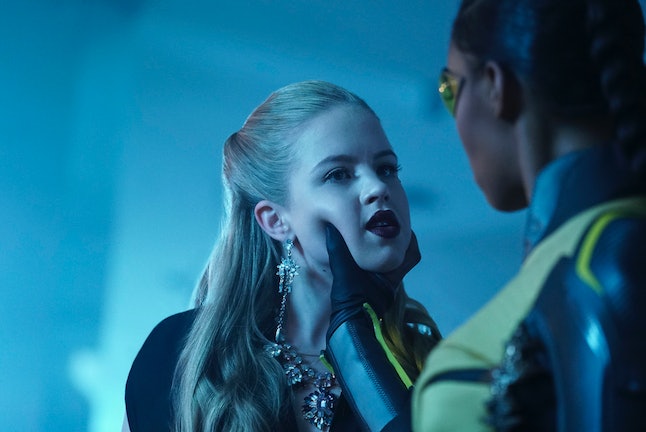 Thunder throws Looker into a wall where she is impaled through the stomach as the Element drips from her wound. This injury frees Looker’s minions from her mind-control, and the heroes allow them to flee. Then, Black Lightning decides that Looker has to be turned over to the A.S.A., who will likely experiment on her extensively because she is one of the original meta-human kids — assuming she’s still alive, that is.

It’s highly unlikely that she will die from her injuries, but it remains to be seen if she has accelerated healing abilities. The Element is a part of her like the Pierce family’s powers, which means she will probably use it to escape the A.S.A. at some point. This could go badly, especially if she is able to gain mind control over Lynn’s other patients. It wasn’t easy for Black Lightning and Thunder to contain The Sange, so trying to defeat meta-humans who are being manipulated would be almost impossible. 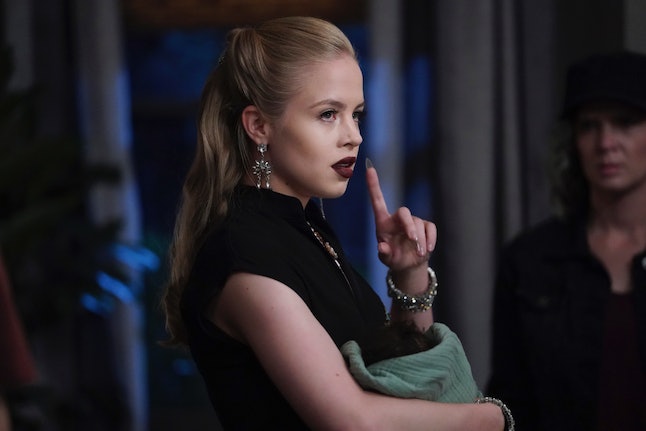 At this point, the hopes of Looker joining the Outsiders comic collective seem pretty slim considering she’s a delusional racist and shares no common enemy with Black Lightning (except the A.S.A.). Still, it will be interesting to see where her story goes next. How did she end up in South Freeland? Did she ever meet Jefferson as a child? Does Gambi or Tobias know anything about her? And what is her end game, besides upholding separatist ideals in 2018? She is a major comic character, so it wouldn’t make sense for the show to introduce her and kill her off within two episodes.

Looker’s story is just beginning to unfold, so fans will have to wait and see how she shakes up Freeland next.