Woman calls husband a cheat after he bought 'friend' gifts 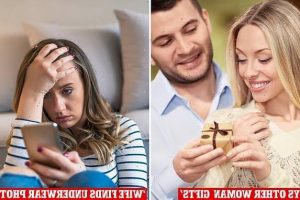 Woman feels guilty for calling her husband a cheater after he bought ‘friend’ from work lavish gifts and received lingerie photos in return – so who is REALLY in the wrong?

A woman has revealed she feels guilty for calling her husband and childhood sweetheart a cheater after he bought a ‘friend’ from work lavish gifts and received intimate photos of her on Snapchat.

Posting anonymously on Reddit, the woman said her husband had been paying her less attention than usual and talking about a female colleague a lot, which made her feel concerned.

He then bought the woman an expensive coat for Christmas after drawing her name in the Secret Santa raffle. 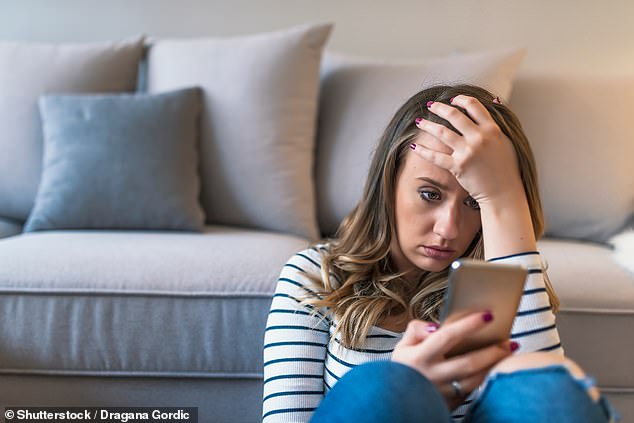 ‘He bought me an iron and some flats and usually goes overboard so I was upset when I found out,’ she said.

Then when her husband told her he bought the other woman some nice earrings for her birthday she became paranoid and searched his phone.

‘There were screen recordings of Snapchats she’d sent him. At first there was mostly just her singing in the car, but then I noticed on of her licking an ice cream cone and finally a shot of her in just her bra and panties,’ she said.

She also stumbled across sexually explicit text messages while looking through the phone.

But when she confronted her husband he was confused about what he had done wrong.

Do you think the woman over reacted when she called her husband out?

Do you think the woman over reacted when she called her husband out?

‘I confronted him about it and he basically said he was wrong for hiding the money but was confused at my issue with the other stuff since I know he did that.’

The woman posted her story on Reddit, explaining her relationship with her husband was ‘almost perfect and it was unusual for her to feel jealous or insecure.

She is now questioning whether she was simply over reacting and is in the wrong for calling her husband out on his friendship.

However most people backed the woman and said she had a right to feel insecure and like she had been betrayed by her partner.

One woman agreed, adding there is a huge difference between looking at nudes of people you will never meet and buying people gifts or forming emotional relationships.

‘I think you know in your heart what is happening. You have to decide if you are going to live like this or not. I am really sorry,’ she said.

Another said ‘engaging with cam girls’ would be on the line for them but the description in the story would be considered ‘ cheating in most relationships’.

‘You’re allowed be to as ok or not-ok with that as you want, but his trying to play that off as within the rules of an exclusive relationship… is just taking the p**s,’ they said.