Woman will never have sex again after having vagina removed

‘I’ve got used to living without a vagina’: Woman, 45, reveals she hasn’t had sex with her husband for 15 years and NEVER will again after having surgery for incurable condition which left her with 2cm genitals

A woman has said her marriage is ‘stronger than ever’ after revealing she hasn’t had sex with her husband for 15 years and never will again because of a surgery which removed most of her vagina.

Natasha Owens, now 45, from Merseyside, went through the menopause as a 13-year-old and was diagnosed with  severe erosive lichen planus – an incurable condition that causes painful ulcers to develop in the genital area – at the age of 30, meaning she hasn’t been able to have sex for 15 years.

After years of unsuccessful treatment, Natasha had a hysterectomy at Liverpool Women’s Hospital in December 2017 because her vagina was full of trapped blood.

But in 2019, doctors found fluid trapped at the top of her vagina and Natasha had to have a full vasectomy in May 2019 – leaving her with only 2cm of vagina left.

Natasha will never be able to have sex again, but insisted her relationship with her husband Damien, 49, a decorator, has ‘never been stronger’, saying: ‘We just get on with it and it doesn’t matter to him or me.

‘He knows it’s not that I don’t want him but because I can’t. I’ve got used to living without a vagina and I won’t let it define me.’ 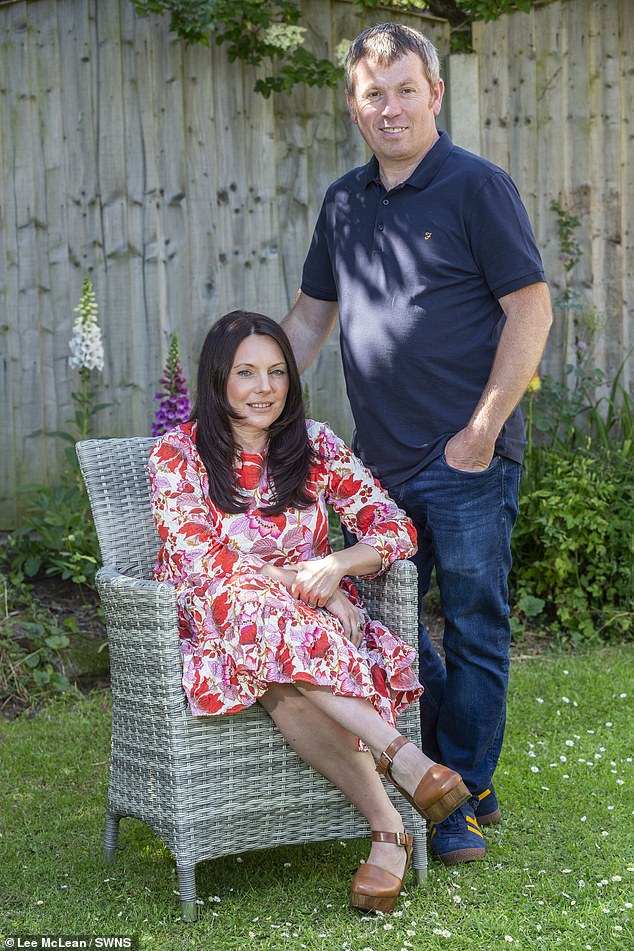 Natasha Owens, now 45, from Merseyside, said her marriage is ‘stronger than ever’ after revealing she hasn’t had sex with her husband Damien, 49, for 15 years and never will again because of a surgery which removed most of her vagina 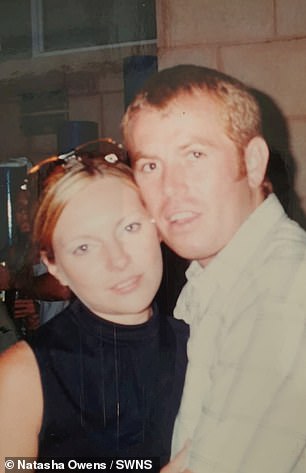 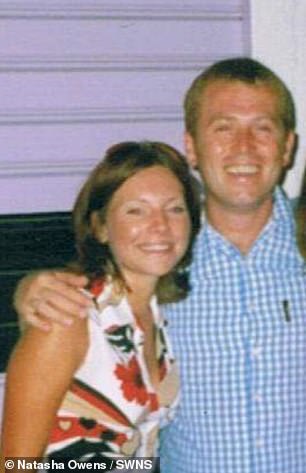 The hairdresser went through the menopause as a 13-year-old and was diagnosed with severe erosive lichen planus – an incurable condition that causes painful ulcers to develop in the genital area – at the age of 30, meaning she hasn’t been able to have sex for 15 years (pictured, left and right, the couple at the start of their relationship)

At 13-years-old, Natasha started going through the menopause – but ignored her hot flushes and was too afraid to tell anyone that she hadn’t got her period.

She said: ‘As a teenager, I did feel off and different, I felt hot and sweaty a lot and now I know they were hot flushes.

‘I didn’t know what was going on, but it went through my head that I couldn’t have children because I hadn’t got my period.

‘I didn’t know anybody else who didn’t ever actually start their period and it wasn’t something that was talked about much. 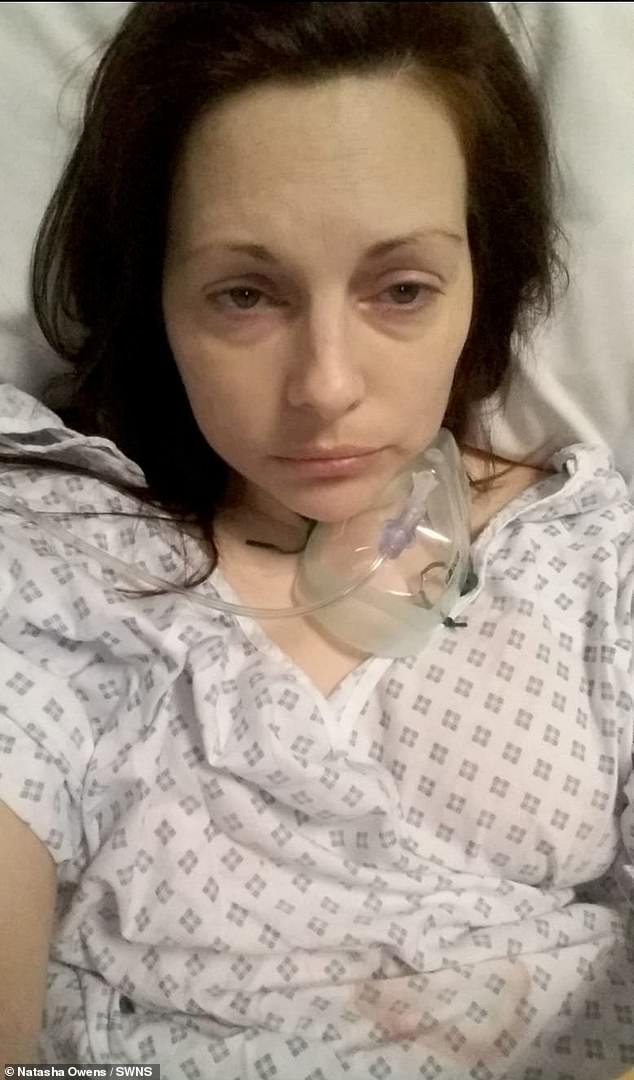 Over the last few years, Natasha has had both a a hysterectomy and vasectomy, leaving her with a 2cm vagina (pictured in hospital)

‘That made me feel different at school and looking back at it now, I can see it was early menopause symptoms.

‘I didn’t really deal with it and process it, I just got on with it and things weren’t talked about it.’

But after meeting husband, Damien, while working in Ibiza in 2002 when she was 25, the couple fell in love and he encouraged her to get the help she needed.

Natasha said: ‘After everything I’d been through as a teen I was terrified of being physically examined.

At 13-years-old, Natasha started going through the menopause – but ignored her hot flushes and was too afraid to tell anyone that she hadn’t got her period (pictured, as a teenager)

‘But he held my hand the whole way through and encouraged me to do to it.

‘He’s been amazing and never made me feel worried about anything and has supported me the entire time.’

THE INCURABLE CHRONIC CONDITION WHICH CAN  CAUSE PAINFUL ULCERS ON GENITALS

Lichen planus is a non-infectious, itchy rash that can affect many areas of the body.

Affected areas can include the:

The exact cause of lichen planus is unknown. However, the condition isn’t infectious and doesn’t usually run in families.

It can’t be passed on to other people, including sexual partners.

It causes painful ulcers to develop in the mouth and in the genital areas of both males and females.

Occasionally, in around 2% of cases, long-term cases of erosive lichen planus can develop into certain types of cancer.

At 25 years old, Natasha was told that she had gone through menopause when she was just 13 because of her premature ovarian proficiency – a condition where the ovaries stop functioning normally before the age of 40.

She was also told that she would never have children of her own.

Natasha said: ‘That was a bit of a blow, I didn’t know that it was that horrendous.

‘I had done a bit of processing, but it was the final nail in the coffin when somebody finally says it. It was awful.

‘I’m quite a resilient person and I just got on with it but just to hear it was difficult.’

She said: ‘It was amazing, we took on two siblings. It was quite a long process to get them, but it was amazing to have them and start a family.

‘There was no picture initially, but it just felt right straight away. It’s a magical moment.’

But in 2006, Natasha was diagnosed with erosive lichen planus and osteoporosis at 30-years-old – which is related to her premature ovarian proficiency.

She said: ‘I was in a lot of pain, and I knew that something wasn’t right.

‘I was very, very sore down below. ‘During sex, I would bleed and tear.

‘We had a normal sex life before that, so it was a bit strange.

‘I was treated for thrush initially, but it didn’t get better, and the pain wouldn’t stop.

‘I had to try different medications, I had a list as long as your arm of different creams but nothing worked.

‘That was a bit of a blow, and it could be uncomfortable, mine was quite severe.

‘I didn’t have sex for 10 years. But we have just got on with it and not made it an issue at all. 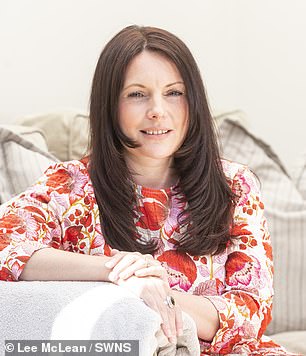 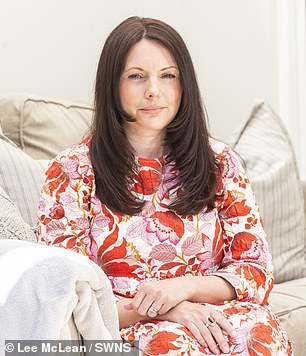 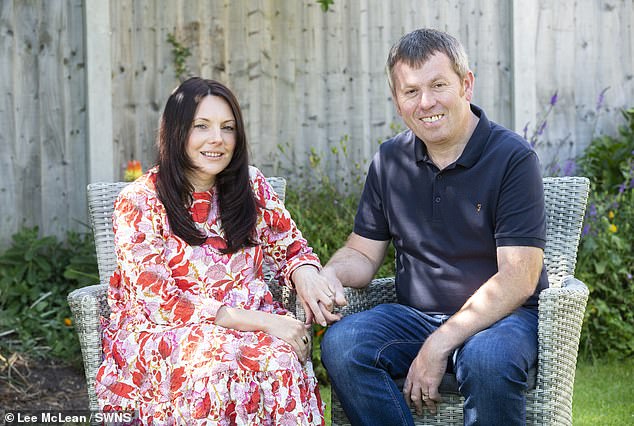 She said she and her husband had a ‘normal’ sex life before she turned 30, when her vagina would tear and bleed

‘I know a lot of couples would be devastated but these things happen.

‘I think that I’m more upset than he is. We say I love you for you.’

At 42 years old Natasha had a hysterotomy because her pelvis was full of blood – and doctors don’t know why.

Fifteen months later Natasha had to have her vagina removed due to more fluid trapped in the top of her pelvis. 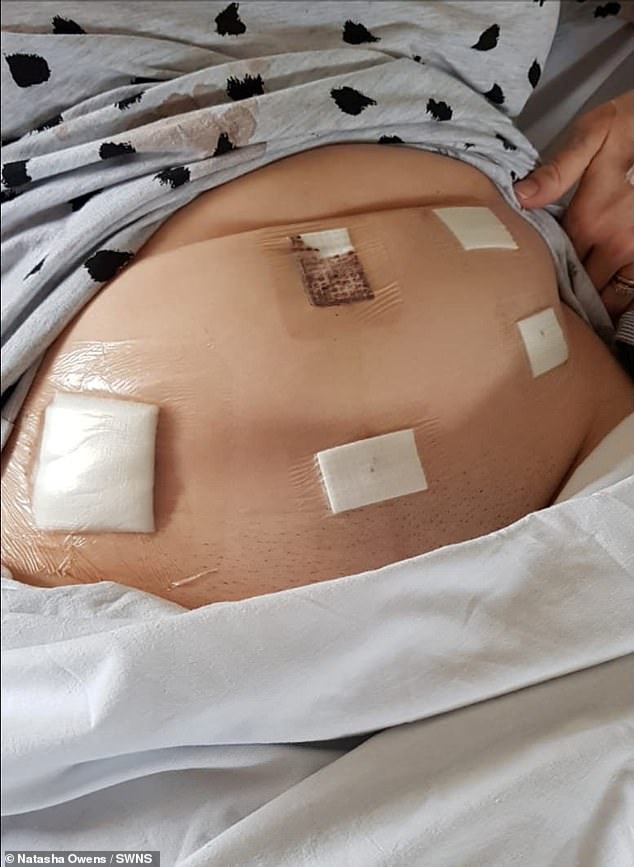 Natasha said: ‘I’ve had most of my vagina removed so it’s not medically possible to have sex now.

‘The bottom part of my vagina is the only bit intact, but it’s corroded and stuck together.

‘Now I have to have an operation to unstick it every 12 months.

‘Going to the toilet can be painful and I can bleed. But it’s just part of my life now. 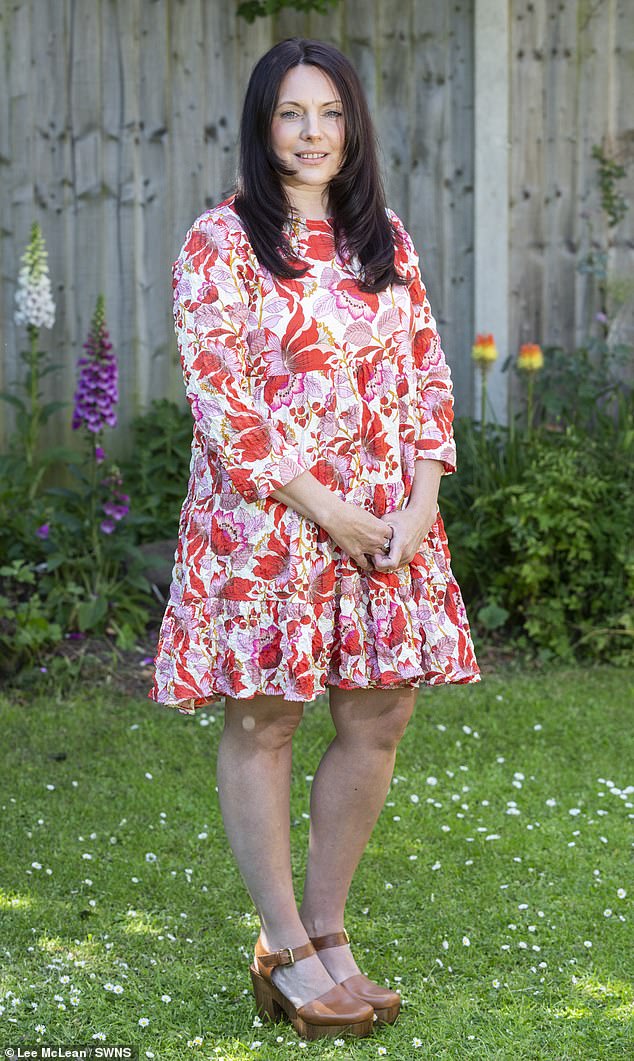 Natasha, who has gone on to adopt two children, now has to have an operation to ‘unstick’ her vagina every 12 months

‘Looking back, I can’t believe I went through the menopause so young.

‘But I’ve got the family I wanted and everything I have been through has just made mine and my husband’s relationship stronger.’

Damien said: ‘I love Natasha for her and not what she can give me. We can sort everything out whatever comes our way.

‘We made our vows in sickness and in health.’ 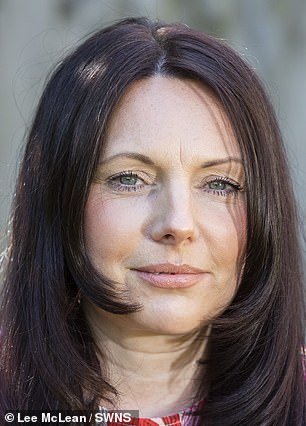 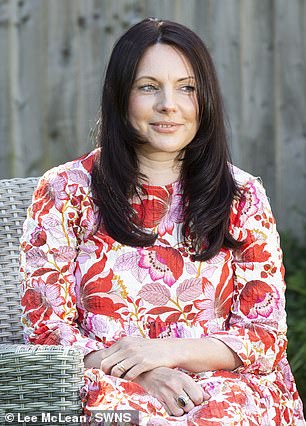 The mother-of-two said she now has the family she has always dreamed of, and insisted her health problems have ‘just made her relationship stronger’ 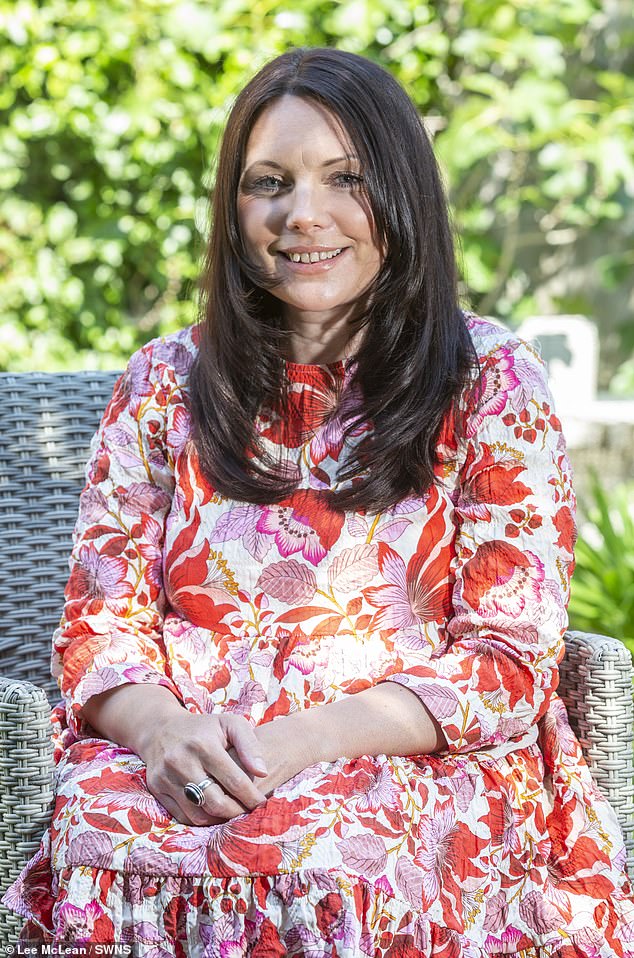 Natasha said she was ‘more upset’ than her husband was about hearing they could never have sex again, adding: ‘These things happen’