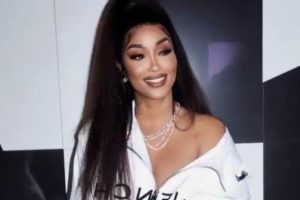 In June 2018, The 20-year-old rapper, whose real name was Jahseh Onfroy, was gunned down in an apparent robbery in Broward County, Florida, police said.

Authorities said he was leaving a motorsports store shortly before 4 p.m. when two men in a dark SUV shot and killed him.

Fans have been sharing an eerie, undated Instagram Live video in which XXXTentacion talked about what he wanted his legacy to be after he died.

“If worse thing comes to worst, and I f—ing die or some s— and I’m not able to see out my dreams, I at least want to know that the kids perceived my message and were able to make something of themselves and able to take my message and use it and turn it into something positive and to at least have a good life,” he said.

“If I’m going to die or ever be a sacrifice, I want to make sure that my life made at least five million kids happy or they found some sort of answers or resolve in my life regardless of the negative around my name, regardless of the bad things people say to me,” the rapper added.

His legacy is a complicated one for some fans.

Viewed as one of South Florida’s most preeminent, emerging voices in hip-hop, the rapper collaborated with a variety of artists from Joey Bada$$ to Noah Cyrus.

In 2016, XXXTentacion was accused of homophobia after he sat down for an interview with Adam Grandmaison for the YouTube podcast “No Jumper.”

During the podcast the rapper told a story of choking and severely beating a cellmate he suspected was gay while they both were housed in a juvenile detention center.

According to court documents he was awaiting trial for a domestic violence incident involving his pregnant girlfriend.

XXXTentacion pleaded not guilty to multiple felony counts, including witness tampering, and had been under house arrest for a time while he awaited trial.

The house arrest was lifted in March, according to Miami-Dade court documents.

RELATED: XXXTentacion’s Music Downloads Soar In Wake Of His Passing

Unveiled on Instagram by jeweler Eric Mavani, the custom-made pendant is a lifelike design of XXXTENTACION’s face, along with his unique facial tattoos, and diamonds can be seen glistening along his shoulders and within his signature dreadlocks.

“@xxxtentacion may be gone but never forgotten,” Mavani wrote as the Kanye West-assisted X single “True Love” soundtracked the post. “A gift from my bro @mrrugs to @cleao_ohsojazzy to keep him close! #LLJ.”

According to HiphopDX, XXXTENTACION’s latest posthumous compilation record Look At Me dropped in June, with the “True Love” single tacked towards the end of the 25-song “companion” piece to the Hulu documentary Look At Me: XXXTENTACION. The song also appears on Ye’s DONDA 2 LP, which dropped exclusively via his $200 stem player in February.

In one scene from the aforementioned documentary, Bernard is seen meeting with Geneva Ayala, X’s ex-girlfriend who accused him of abuse, to address her son’s alleged behavior.

“My son is no longer here, and I feel like it’s up to me now to make amends and try to right his wrongs as much as I can,” Bernard told Ayala, who was 21 at the time. “I would actually like to hear you tell your story because like I said, my son died, and he’s never admitted it to me — I don’t think he would want me to see him in that light or know that side of him.

She continued: “Jahseh was wrong for what he did. There’s no excuse for that, period. But I just want the world to know that he wasn’t that same person anymore, but the past is still part of his story.”

While the late rapper’s murderers are behind bars awaiting trial, an attorney for one of the accused is trying to utilize an interaction their client had with Kodak Black to help prove their client’s innocence.

Mauricio Padilla has filed a motion requesting footage of his client Dedrick Williams’ 2018 stint at the Broward County Jail. Padilla asked for it to be admitted as evidence in his ongoing murder case, according to VladTV.

READ NEXT: Kim Kardashian Reportedly Had A Fireplace Sex With Pete Davidson ‘To Honor’ Her Grandmother