Your Daily Horoscope for Tuesday, December 18

Your youthful energy bubbles up today. However, the universe is urging you to slow down a little and take stock of your situation. Remember to stay civilised as you mix and mingle with other people, especially if you're rubbing elbows with your employer or potential clients. You want to give them a sense of your raw energy, but you don't want to come across as overly brash or unrefined. This will require fine-tuned social skills. Try to move deliberately through the world instead of behaving impulsively. 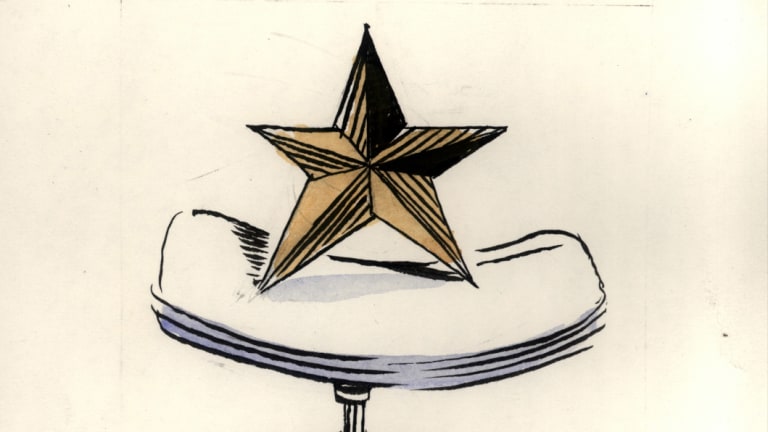 Creativity and culture are pulling at you. Let them. Surrender to the lure of the arts today, and don't be shy about opening up your treasure chest. Start a far-reaching project. Maybe you'll commit a month to this, or maybe you could set aside an even bigger block of time. But even if you're just dabbling or doodling, you're good on inspiration. Ask around for the materials if you don't see what you want. You might end up with people as well as supplies, and imagine what you could do if you all joined forces.

Thinking instead of doing — now, that's something you shouldn't find to be much of a hardship. Today, you'll enter a cerebral space. This may be contrary to your usual energy levels, but wild activity and a full schedule wouldn't be realistic right now. Today is far better suited for sitting back and finding solutions to a problem or analysing a situation, and giving it your full brain power. Since you're intellectual by nature, it's easy for you to get into this. You know you can think now and act later.

Keep a firm grip on all those healthy habits and traditions. Practice good nutrition and personal cleanliness on all levels, even the ones where food or soap won't realistically go. Because this isn't just about taking care of your body. It's part of something bigger, like not losing your social or spiritual cool in a tense situation. See where this is going? What someone else calls a figure of speech could easily become a way of life for you. Symbolism can work in the real world if you think about it.

Society is making demands on how you should be, and the voice of the majority is kind of loud. Maybe you're following some of those prompts, although it's hard to tell whether you're any happier because of it. What's just fashionable and what's really you? How far will you go to fit in? What will it cost to stand up for your individuality and opt out of the system? It'll be OK to withdraw while you figure these things out. And if you can avoid embarrassing yourself today, you'll score a few extra points.

It's show time! So show off your stunning beauty. Give them another demo of your laser-like wit. Bring the opposition to their knees. You could probably do it in two minutes if you felt merciful, but where's the fun in that? Yes, there's a job you have to do today, but you also intend to have the ride of a lifetime while you're doing it. As long as you're sure about your place and purpose in the world, no one else will doubt you, either.

Anyone who says biological desires are unsophisticated doesn't understand the elemental pleasure of human passion. You, on the other hand, understand it very well, and under normal circumstances, you're a natural at handling your passions gracefully. Today, though, that could be a little trickier. You're off balance, working at cross purposes with yourself, getting in your own way. Figure out how to balance elegance with satisfaction today. If anyone can do it, it's you. Just try to stay calm if things don't go your way.

The truth is, sometimes you can be a negative force, especially when you're feeling worried or vulnerable. That brooding, dark mood can be a real downer for folks around you. But today offers you a chance to heal, so make an honest effort to put positive energy out into the world. Staying calm and extending yourself to others will help you strike a much-needed balance between your own concerns and the needs of others. And people will really appreciate, and remember, your careful assistance.

Indulging in a sense of superiority won't get you far in this world, but that's what you're doing at the moment. It's all so humdrum and mundane, and you're so much more fascinating, aren't you? Well, that may be true, but it doesn't give you license to patronise other people. You're human, too, after all. Besides, who you used to be doesn't have a whole lot to do with the person you are now. Check in with who you've become today. This could be an effective, humbling exercise.

Any projects you have on your plate today should proceed smoothly. You're a master of common sense and lord over your own ego. You'll bring experience to the table and set strategies that benefit everyone, not just you. That's good, because this is no time to be selfish. If you chance upon a golden opportunity at work, team up so you can all reap the benefits. You'll find that plenty of doors swing open for you now, and you can afford to be gracious. Hold the door for someone else to pass through, too.

Enthusiasm is great, up to a point. Are you annoying people with all that cheerleading and sales talk? Don't be so pushy. It won't do a lot for your business, and it could harm you socially. If you want some real action, start a different kind of forward movement today. There has to be a better way of reaching out to friends, neighbours and random strangers on the street. Don't incite them. Invite them. Make it worth their while with some kind of tangible payoff up front. If you feed them, they will come.

Do possibilities loom threateningly? Are strangers making you uneasy? Maybe you're thinking way too much about stuff you don't actually know for sure. Under less happy circumstances this could be slightly crazy-making, but luckily you'll be surrounded by familiar faces today. It's like a big, friendly fence going up between you and the unknown. Take advantage of your privileged spot in this eye of the storm. Take your time, adjust your attitude, and hope for the best. You'll be a lot more ready once you have to go out there again.