Zara Tindall and her husband Mike attended Wimbledon on Tuesday afternoon. The daughter of Princess Anne looked lovely in a Polo Ralph Lauren dress, but it was her body language that got a lot of royal attention. The 41-year-old royal was kissing her rugby-playing husband in the stands during the match.

Mike in particular could be seen yawning during the games.

Zara and Mike are often praised for being low-key members of the Royal Family and very down-to-earth.

But what does body language expert Judi James think?

The expert spoke exclusively to Express.co.uk to analyse their actions at the tennis match on Tuesday. 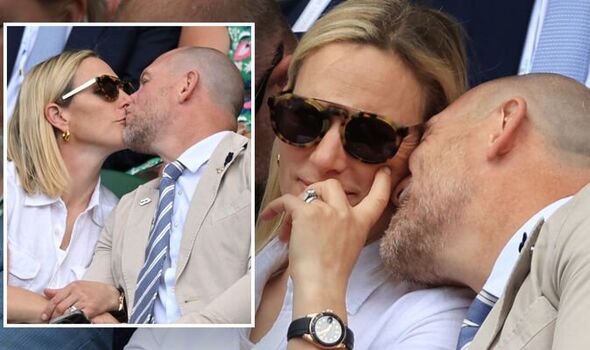 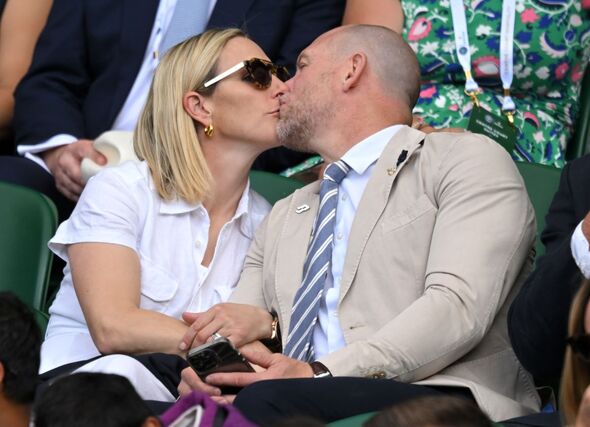 She said: “Nobody does PDAs quite as well as Zara and Mike.

“This kiss at Wimbledon shows that not one ounce of passion has gone from their marriage as they lean in to press their lips together like teenagers in the first throes of romantic love.”

Were their actions “mutually spontaneous”?

Judi explained: “Zara is nestled into Mike with her arm looped into his in a gesture that looks all about comfort as well as love.

“They seem to be mutually spontaneous, which is a feat in itself for any member of the Royal Family.

“This is evenly-balanced affection signalling with mirrored poses and mirrored levels of keenness.

“Even when Mike appears to be studying his phone, Zara manages to look totally smitten.”

“She is leaning her head onto his shoulder and smiling in a way that suggests she thinks she is the luckiest woman on earth,” Judi suggested. 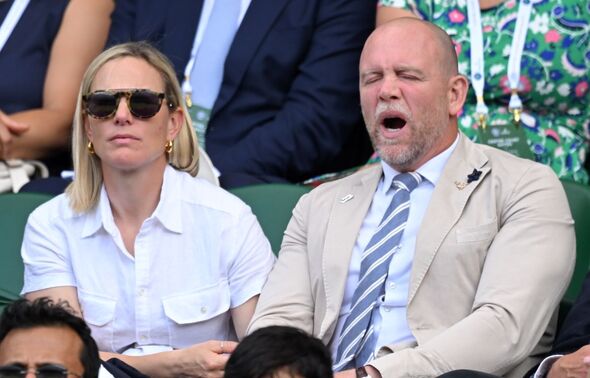 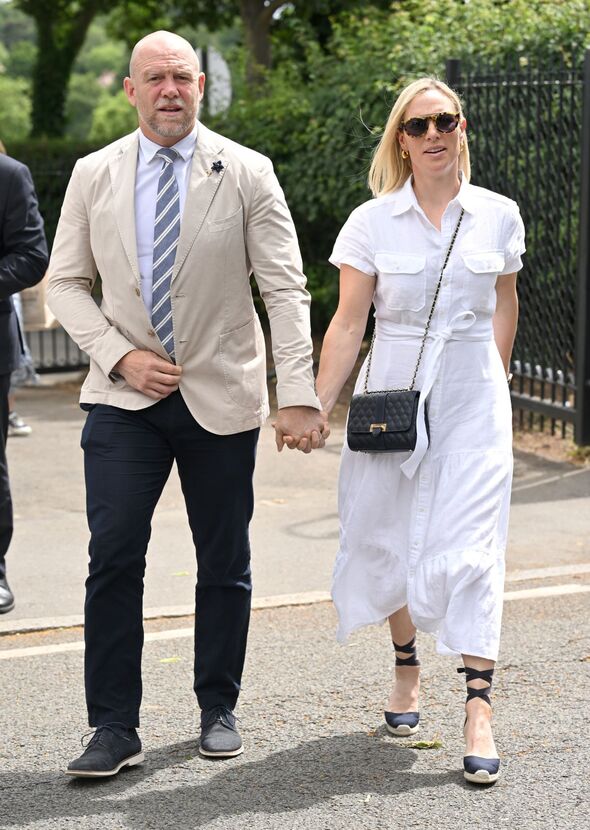 According to the expert, despite some depictions of tiredness, the couple remains “upbeat”.

Judi opined: “There are no signs of any body language inhibitions from this wonderfully upbeat and happy-looking couple.

“Even Mike’s wide yawn is performed with confidence and no attempt to put his hand over his mouth or to stifle it.” 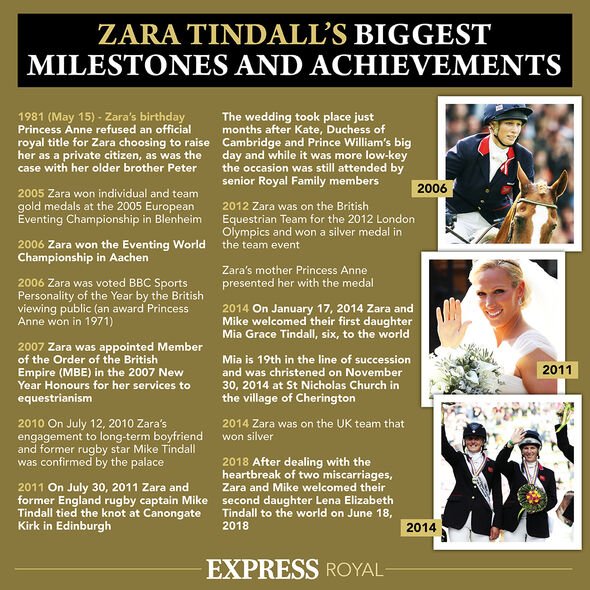 Has Mike shown this sort of body language before?

Judi added: “We might have seen Mike in ‘Uncle Mike’ mode at the Jubilee Pageant, leaning forward to gesture to little Louis that he had his eye on him.

“But this wide yawn looks very much like one that Louis has in his repertoire.

“This suggests that Mike might actually be a bit of a role model for the young Prince.”