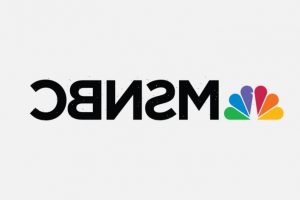 MSNBC is canceling two of its streaming programs on Peacock as the NBCUniversal-backed news outlet monitors the performance of programing amid a new battle for broadband consumers.

Zerlina Maxwell and Ayman Mohyeldin will both lose their Peacock programs, according to a spokesperson for the network. Maxwell, who has worked with MSNBC since 2018 as an analyst and whose Peacock program was among MSNBC’s first streaming offerings, will do her last Peacock program on September 15. Her staff was notified about the move Wednesday by MSNBC President Rashida Jones, according to a person familiar with the matter.

Executives would like Maxwell, a Democratic activist and former campaign aide to Hillary Clinton, to stay on in an analyst role. Mohyeldin, who launched a program that airs weekends on MSNBC cable and streaming several days a week on Peacock, will maintain his weekend linear duties. He will also fill in for anchors during MSNBC’s weekday primetime schedule.

The shows are among the first programming casualties since MSNBC launched a streaming hub called “The Choice” on Peacock in October of 2020. At the time, “The Choice” was billed as a place for original news and opinion programs. In March, MSNBC articulated a plan to make some of its best-known opinion programs from cable available to premium tier customers of the Peacock streaming service, along with specials with top hosts including Rachel Maddow, Nicolle Wallace, Chris Hayes, Trymaine Lee and others.

Many media companies have launched new streaming counterparts to their well-known TV-news operations ,but they have begun to place more scrutiny on those activities. CNN invested millions while under the control of AT&T into CNN+, a subscription streaming hub that featured programs examining business, travel and lifestyle. But new corporate parent Warner Bros. Discovery scuttled it within days of taking control, eager to use CNN to help build the base for other parts of its streaming portfolio.

Others are finding success with more targeted endeavors. Fox Corp. CEO Lachlan Murdoch said Wednesday during an investor call that Fox Nation, a subscription broadband service that launched in 2018, had seen subscribers increase 80% in the recent quarter. The executive did not specify how many subscribers the service had.