Think of it as India’s happy place: The state of Goa, which occupies a sliver on the country’s western coast, is where residents of Mumbai, Delhi, Bangalore and other cities converge for long weekends and lazy holidays filled with sun, sand and revelry. These days, the beguiling beaches might look like they’ve been colonized by foreign hippies and rave-goers by the thousands, but the region’s European connection dates back centuries. The Portuguese defeated the Adil Shahi dynasty of Bijapur in 1510, beginning a four-and-a-half-century reign — Goa only became part of India in 1961, 14 years after the rest of the country won its independence from Britain. The result of this commingling of cultures is one of the most fascinating pockets of India, defined by a leisurely pace and laid-back attitude. Perhaps there’s no better way to describe the vibe in Goa than “susegaad,” a Konkani term derived from Portuguese that alludes to a sybaritic, contented way of life — or, as the travel show host and Goa resident Mayur Sharma told me, the feeling that you can “sink into life here.”

Hire a car and driver and get your historical bearings in Goa Velha (Old Goa), the original walled Portuguese city once hailed as the Rome of the East. Goan Catholics make up about a third of the state’s population today, and their influence is palpable in every corner. You can see where it all began in Old Goa, at places like the 17th-century Basilica of Bom Jesus; the Se Cathedral, the largest Roman Catholic church built by the Portuguese in Asia, with its distinctive single belfry (the other one was struck down by lightning in 1776 and never rebuilt); and the Church of the Lady of the Mount, which has expansive views over the Mandovi River.

When plague decimated Old Goa in the 19th century, the capital was moved a few miles west to Noa Goa, or New Goa, now known as Panaji or Panjim, the capital. There, you’ll find the whitewashed Immaculate Conception Church, originally built in 1600, with zigzag steps modeled after Bom Jesus do Monte in Braga, Portugal. Stroll through Fontainhas, the colorful Latin Quarter, where you’ll find old villas splashed in shades of marigold, turquoise and emerald, and fountains and handmade Portuguese tiles aplenty. Instagram was made for neighborhoods like this.

Sacha Mendes was a fashion editor at the Indian editions of Elle and GQ in Mumbai before she returned home to Goa, where she opened Sacha’s Shop in Panaji. “When you come from a place like Goa that’s so pure, you wonder what’s outside; then you go out and you feel nostalgic,” she said of what inspired her homecoming. Now, in the elegant 1938 mansion in the heart of Panjim where she grew up — the rooms were lovingly decorated by her grandfather with tiles and antiques imported from Macao and other Portuguese colonies — she brings the “outside” to Goa. Browse resortwear from Indian labels like Savio Jon, Naushad Ali, and 11.11; mirror-work bags and accessories; and apricot kernel oils and scrubs from the skin care brand Pahadi Local.

Kokni Kanteen might not look like much from the outside, but this restaurant, modeled after Portuguese-era khanavats, or taverns, is warm and inviting inside: Old photos, spice racks and clusters of chiles, garlic and onions are hung on the walls. Order the fish thali, a seemingly never-ending platter of seafood favorites like kingfish, mackerel curry, tisryo (clams), prawns and more — if that’s not enough, add a coriander-heavy chicken cafreal or mutton xacuti to the mix. Don’t miss the cumin-dusted fries, either. Dinner for two is around 1,500 rupees or about $21. 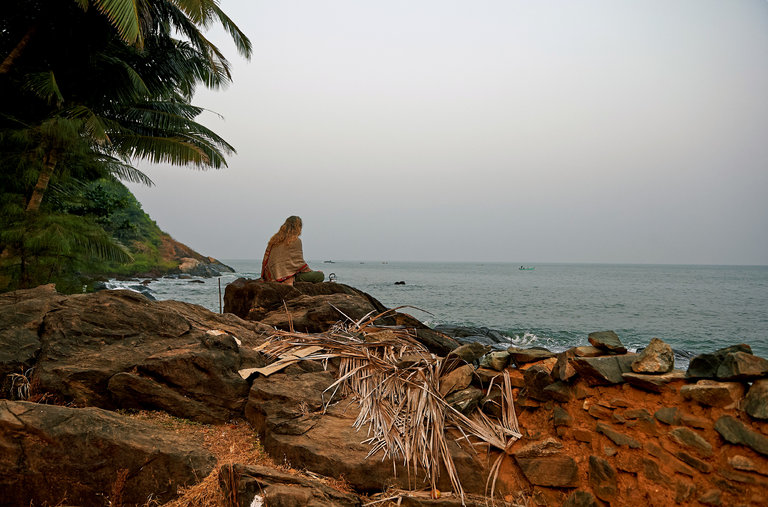 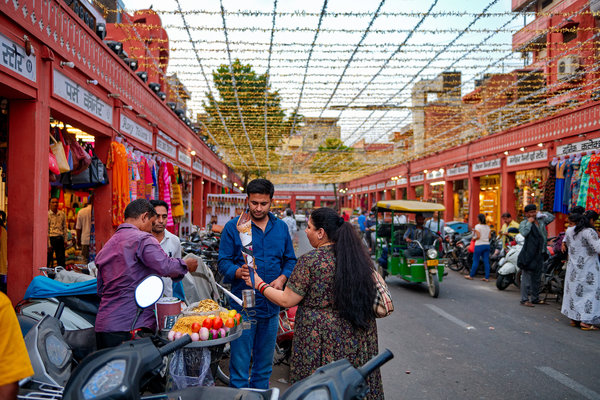 There’s more to Goan night life than raucous beach raves. In central Panaji, the Black Sheep Bistro is a chic spot for a nightcap. Try the housemade gins, infused with everything from turmeric to coriander to star anise, in inventive cocktails like the Paan (betelnut leaf, star anise gin, vodka, sugar, and lime, 290 rupees) or April Phool (vodka, gin, elderflower, citrus, 300 rupees). For an elevated take on a local favorite, try Goan feni cocktails like the Señorita, made with cashew feni, triple sec and lime (290 rupees). 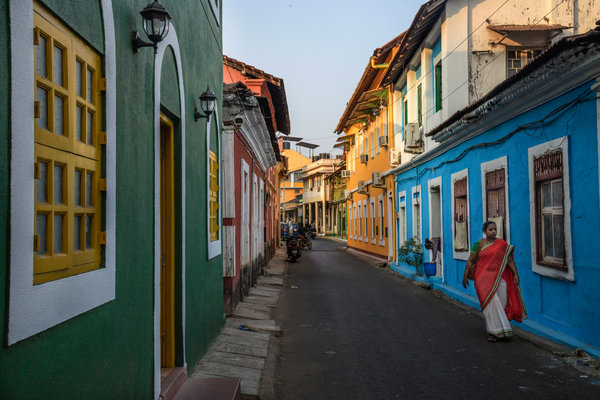 Before heading to the beaches of North Goa, stop for breakfast at Baba au Rhum in Anjuna, a bohemian cafe you’ll find en route. Grab a seat on the leafy patio and order the shakshouka (250 rupees), Leo Special (fried eggs, chicken, cheese and a chile plum sauce on a flaky croissant or fresh baguette, 300 rupees) and a Vietnamese coffee (130 rupees).

Goa is incredibly spread out, so if you’re short for time, you’ll need to choose between spending your time in North or South Goa. Generally speaking, South Goa is more secluded, serene and not as developed, making it good for a relaxed long weekend. If you want a “scene,” with buzzing beaches, night life and restaurants aplenty, head north. Even here you’ll find a variety of options: Arambol beach has a hippie vibe, complete with the occasional drum circle; Ashwem and Morjem are trendy; Vagator is known for its cliffs and rocky coves; and beautiful Mandrem is accessed by a rickety walkway over a creek. Spend your day beach-hopping through North Goa, or commit to one sandy stretch and settle in.

Bawmra Jap arrived in Goa about 15 years ago, and his modern Burmese restaurant, Bomra’s, in Candolim has since become an institution — you’ll often come across its name on lists of India’s top restaurants. Though it’s set on a busy road, the airy patio decked with contemporary art is a calming oasis that shields you from the thrum. The food merits every accolade it’s earned: The lah-pet toke (pickled tea leaf salad), raw beef salad with basil, mint and coriander, steamed chile crab, and lemongrass ginger crème brûlée are outstanding. Expect to spend around 2,500 rupees for two; Bomra’s is closed during the monsoon season (from May to September), so plan accordingly.

Set in a vivid blue, 130-year-old Portuguese manse in Panaji’s hilly Altinho neighborhood, Sunaparanta Goa Centre for the Arts is a beguiling backdrop for an ever-changing roster of exhibitions — you might stumble onto an art or photography show, a lecture or a music performance, some of which carry on into the evening in the villa’s lovely garden. You can grab a coffee or a crepe at the sunlit courtyard cafe Bodega, but save room for a hearty dinner ahead.

Not far from Miramar Beach, a popular hangout for local families who descend en masse to watch the sun set, the spotless Mum’s Kitchen serves fiery Goan fare. For more than two decades, the owners have tapped into the recipes of Hindu and Catholic mothers of Goa to create an authentic menu of sungtachem peri-peri (prawns), pamplet recheiado (pomfret stuffed with red masala) and beef pepper garlic. Soothe the fire with an order of chourico pao, a local bread studded with sausage. Dinner for two is around 2,200 rupees.

The once-sleepy, suddenly trendy village of Assagao is home to the bistro Villa Blanche, which serves all-day breakfasts — waffles, Greek scrambled eggs, scrambled tofu with sweet potato chips and chiles — as well as German fare like imported Black Forest ham (a nod to the German owner), and lots of vegan and gluten-free options. But the main weekend draw is the decadent Sunday brunch buffet, with sausages, salads and so much more. Enjoy it in a cheery patio with tiled tables and mismatched throw pillows.

Just up the road from Villa Blanche, in an easy-to-miss, painstakingly restored, 130-year-old Portuguese house, you’ll find the Project Cafe. A satellite of a design initiative based in Ahmedabad, Gujarat, this multipurpose spread opened in late 2017 with an intimate guesthouse (each room was designed by a different Indian designer), gallery, cafe, events area and a concept shop featuring handmade cotton dresses from Khara Kapas, scents from Bombay Perfumery, books and more. Browse and enjoy the chic space, then grab a cocktail before you head out.

Also in Assagao, Gunpowder is the restaurant credited with putting the quiet hamlet on the map. This perennially packed spot draws crowds to an outdoor dining platform draped in colorful, petal-like cloth panels for its South Indian fare — you’ll probably need to wait if you don’t have a reservation, or if you’re lucky, maybe another group will let you squeeze in for a communal meal. The Toddy Shop Meen Curry, a sour Kerala-style curry with coconut sauce (350 rupees) is the dish to get, but other contenders are the royyalu pulusu (Andhra style prawn curry, 450 rupees), mango-pineapple pachadi (fruits in a coconut-yogurt sauce, 250 rupees), and Kerala mutton curry (400 rupees).

Right in the middle of Panjim’s historic quarter, Mateus (432 Rua 31 de Janeiro, Fontainhas, Panaji; doubles from 3,000 rupees) is a nine-room boutique hotel set in a 140-year-old Portuguese home. The villa has lots of lovely, colorful touches — from wrought-iron balconies to cane chairs to patterned Bharat Tiles to the cozy seating nooks with fuchsia and turquoise pillows — and it’s a great base for exploring Panjim’s most important sites.

If you want to stay closer to the beaches of the north, go to Casa Vagator (House No. 594/4, Ozran, Vagator, Bardez; doubles from 5,500 rupees). The 30 simple, but comfortable, rooms cascade down a cliffside toward Little Vagator Beach. Most rooms have terraces and outdoor seating areas, some overlooking one of the property’s two pools.

If you go the Airbnb route, Assagao has a hip village vibe, and lots of great restaurants nearby. You’ll find rooms and apartments for about $30 to $40 per night. For a bit more — from about $40 to $80 — you can stay near beaches like Ashwem, Morjim or Mandrem.