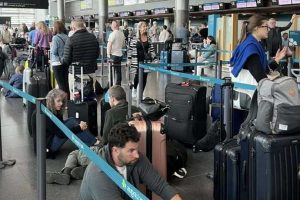 AER Lingus has cancelled ALL flights scheduled to fly from Dublin to the UK and Europe today due to a systems outage – with thousands left stranded.

The airline has said work is being carried out to fix the major technical issue "as soon as possible". 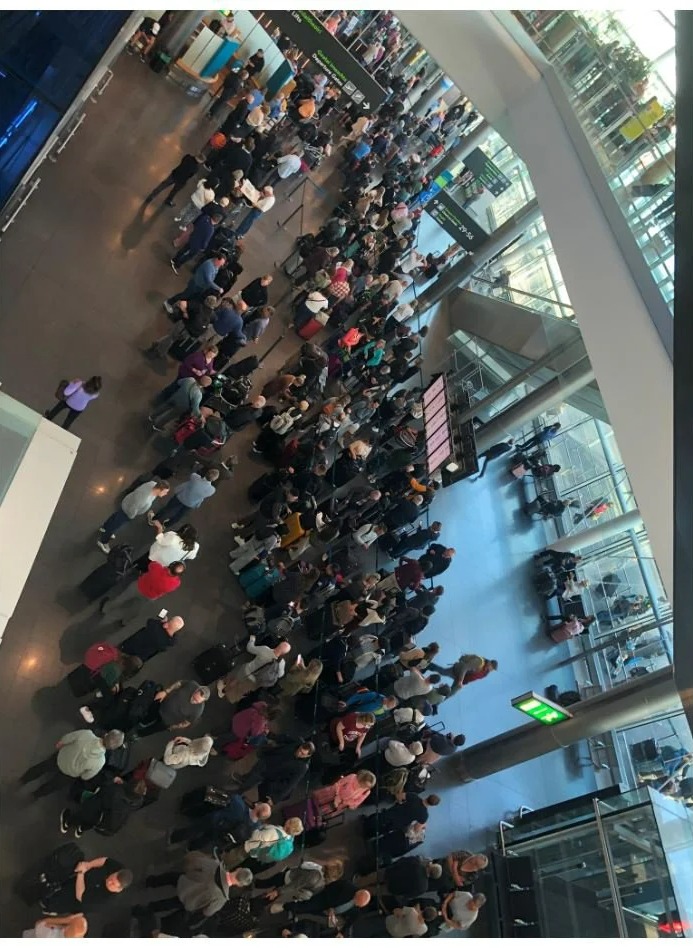 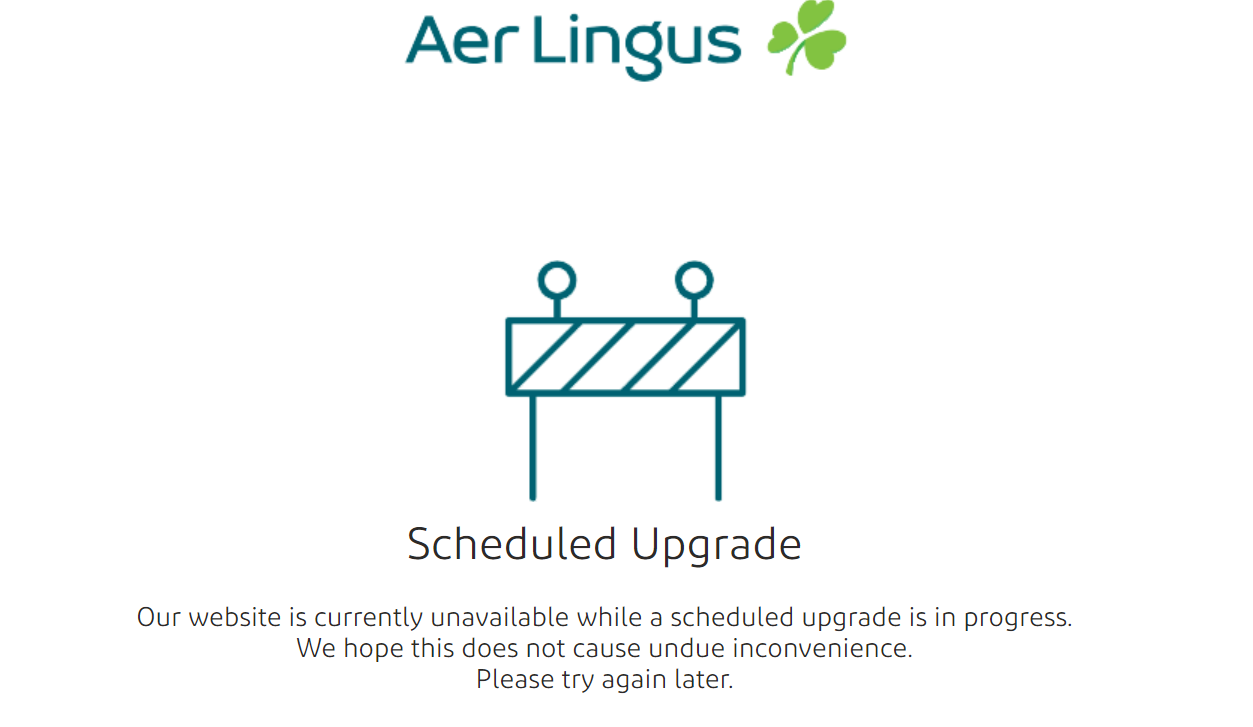 Long queues have formed at Dublin Airport's Terminal 2, Cork Airport and Shannon Airport due to the outage.

Aer Lingus passengers were warned that some flights may be delayed because of a problem with their online reservation and operation system.

But the airline has now decided to cancel all Dublin Airport flights to the UK and Europe from 2pm onwards.

The airline has apologised for the inconvenience caused to passengers.

They said in a statement earlier today: "We are currently having connection issues with our cloud-based reservation and operational systems impacting on check-in and boarding processes.

"This may cause some delay and disruption to our services over the coming hours.

"We apologise to our customers for any inconvenience caused in this period.

"We are working to resolve the connection issues as soon as possible."

Bank Holiday for Queen's funeral CONFIRMED – when will you get a day off?

I express my love for Meg & Harry as they 'build lives overseas', says Charles

A number of passengers took to social media to ask Aer Lingus for an update this morning.

One said: "@AerLingus what is going on at Dublin Airport? Your site is down/no info being given."

Another added: "@DublinAirport what is happening in T2 with Aer Lingus this morning?

"Check in queues not moving. Looks like a system issue??"

Someone else said: "Hey @AerLingus what’s happening with your IT outage today.

Dublin Airport has asked passengers to "cooperate with our teams" as staff help to deal with the issue.

They said: "Due to an IT outage @AerLingus is experiencing an internal issue at present impacting their check in & boarding processes.

"As they work to resolve the issue we ask guests to cooperate with our teams.

"This is not impacting any other airlines. We thank everyone for their patience."

And Ryanair have announced "rescue fares" for people affected by the outage.

They have offered €100 flights to those left waiting at Irish airports.

A spokesperson said: "Ryanair today offer rescue fares for passengers who have been left stranded and unable to travel due to Aer Lingus system failures at Dublin, Cork and Shannon airports.

"Aer Lingus passengers who have been stranded can book special €100 rescue fares at Ryanair's ticket desks at all three airports."

Meanwhile, Ryanair has scrapped all flights to a popular airport in Europe until at least next spring.

The low-cost airline said that high fuel costs this winter along with new airport charges caused the cancellations.

Ryanair boss Michael O'Leary confirmed that flights to Zaventem in Brussels will stop because of a new flight tax at the airport.

Flights will move the flights by the end of the month until at least March 2023.

He said: "This winter is going to be extremely challenging, with higher fuel costs, so an increase in airport charges like in Zaventem is not sustainable.” 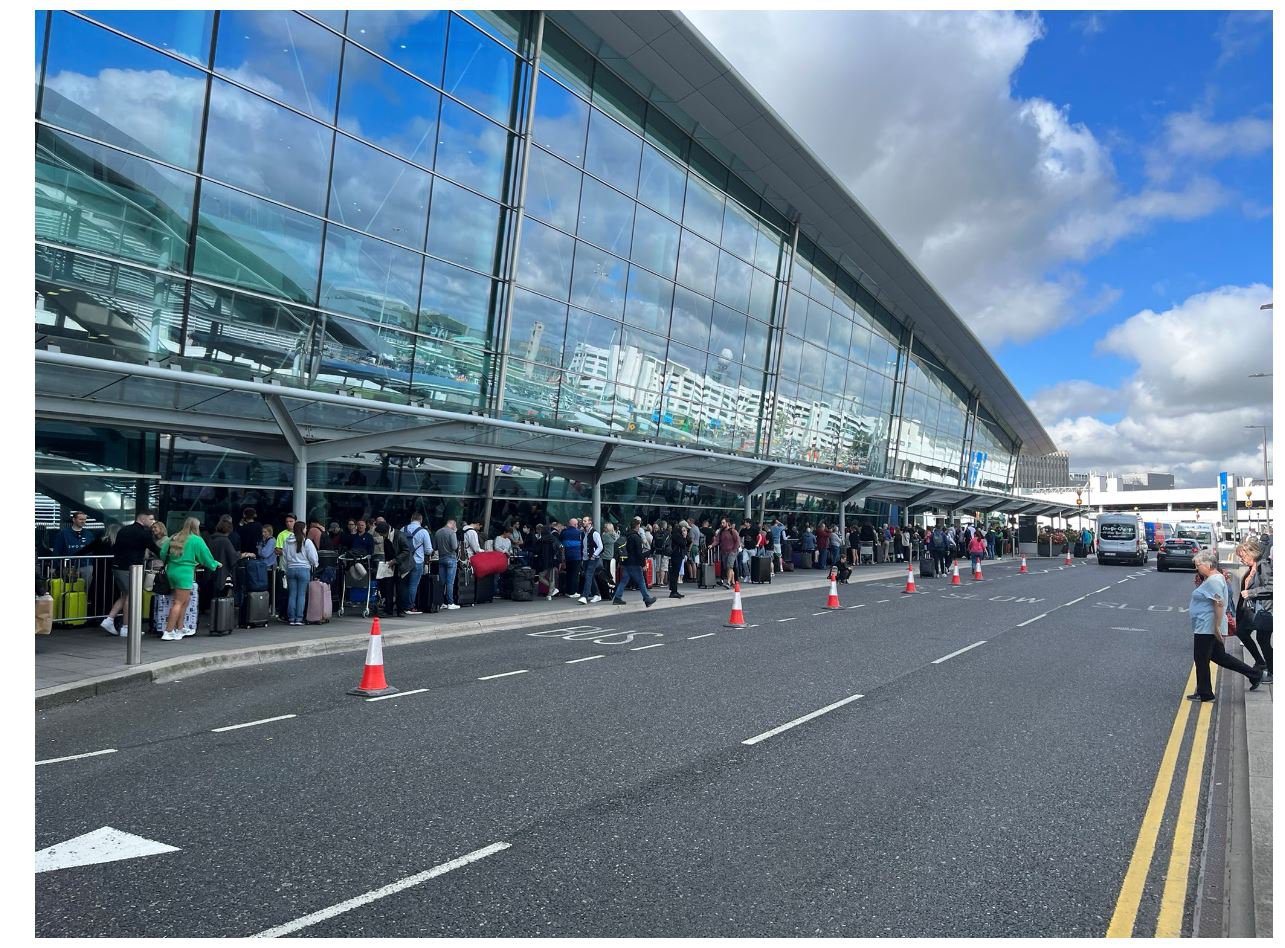 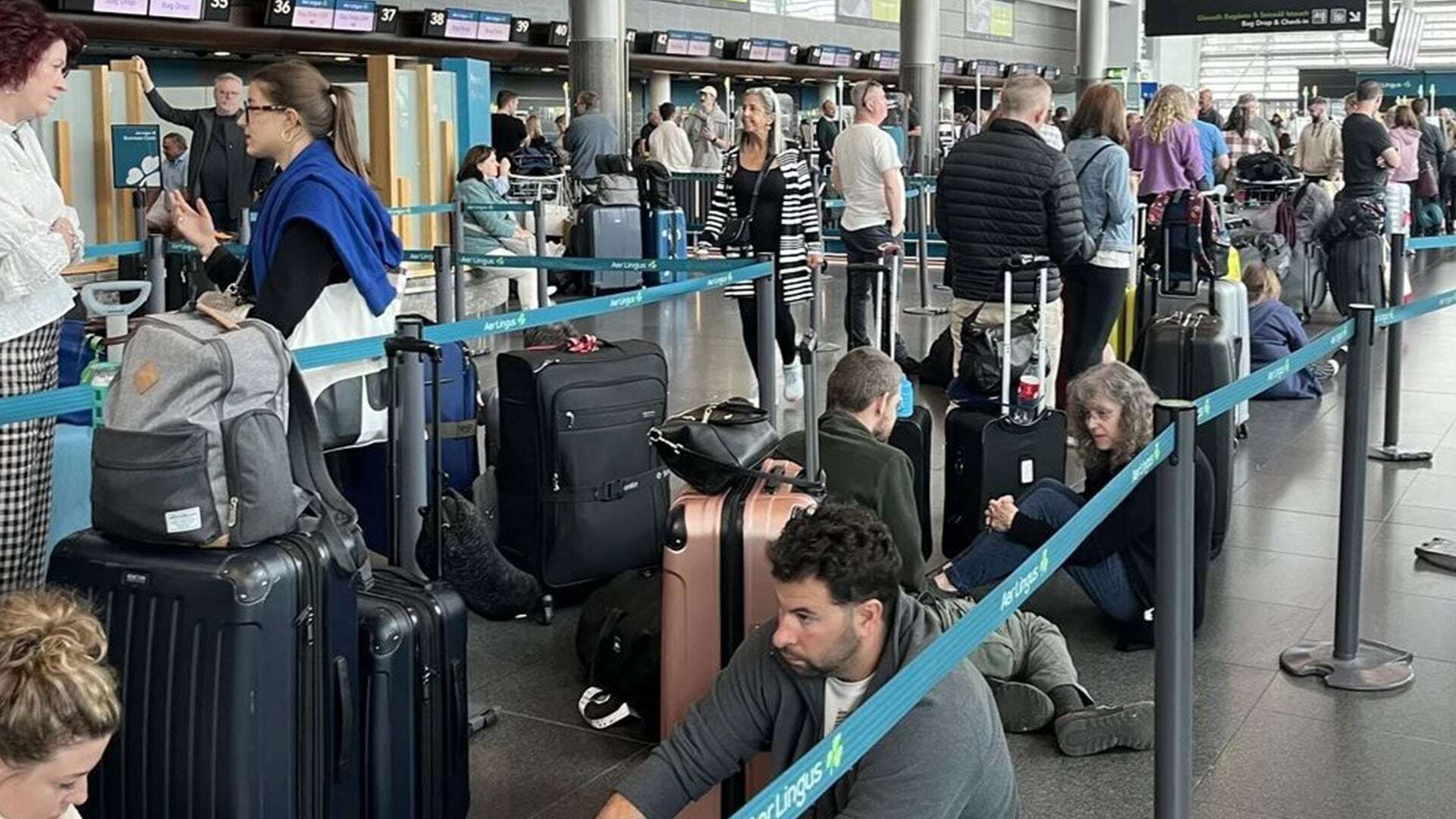 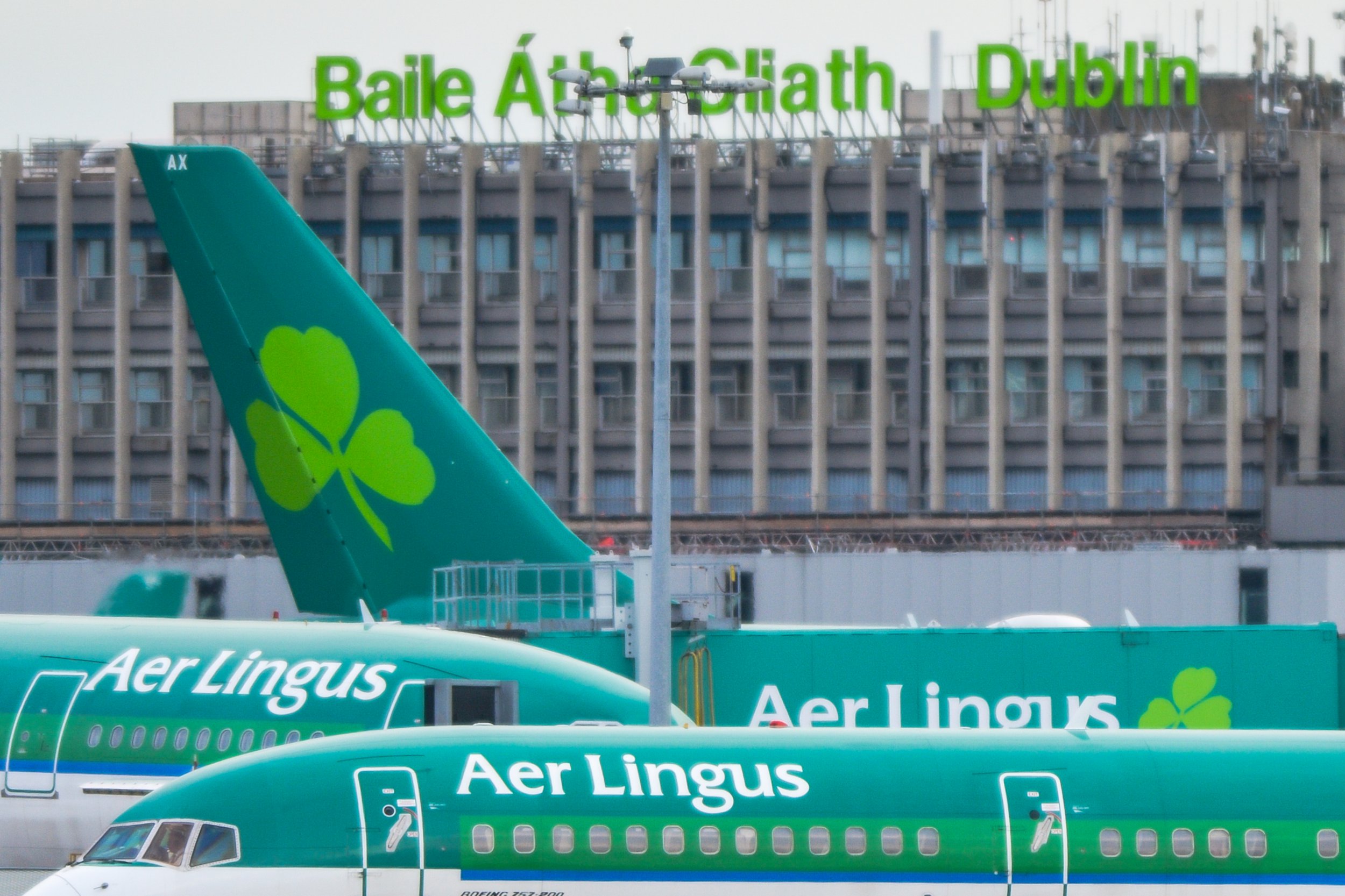