The venomous creatures were found in the 30-year-old man's checked luggage at Colombo's Bandaranaike International Airport. 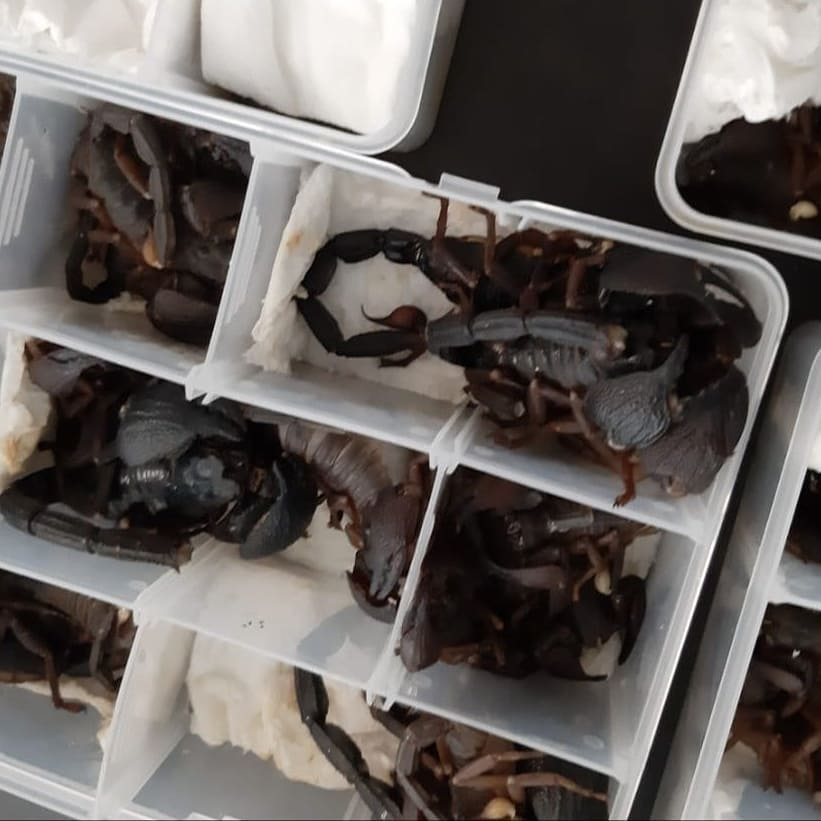 The Chinese man was trying to board a Sri Lanka Airlines flight to Guangzhou in China on Monday when he was caught.

He was believed to have been planning to use the scorpions for their venom, and would extract the poison once he was home in China according to Geo TV.

However, the creatures were found packed in plastic boxes in his suitcase during security screening at the airport.

Sri Lanka has 18 species of scorpions that are venomous although officials haven't identified which species the man was trying to smuggle according to the report. 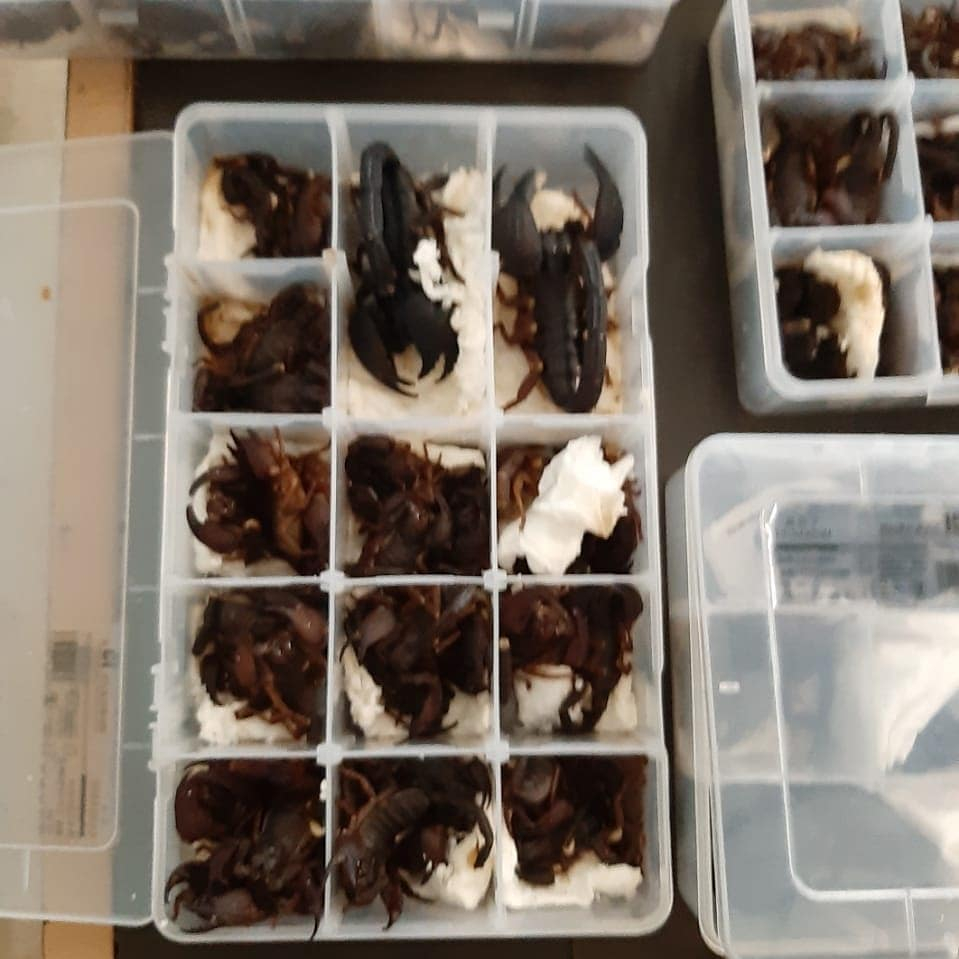 The unidentified smuggler was arrested at the scene and fined by customs officers who also confiscated the scorpions.

"We have not placed a value on the 200 scorpions, but trafficking in live wildlife has become a lucrative trade."

But despite breaking the law, the man was allowed to board his flight and return home after paying the fine.

Scorpion is far from the only unusual thing that passengers have tried to smuggle onto planes.

Last year, a man tried to get a boa onto a plane by stuffing it into his trousers.

A tourist also tried to smuggle out a drugged orangutan from Bali.

One man even tried to sneak a leopard cub through security in his hand luggage.