Home » Travel » Brits’ fury after arriving in Egypt for £3,500 Love Holidays break only to find their hotel ‘hasn’t even been built’ – The Sun

Brits’ fury after arriving in Egypt for £3,500 Love Holidays break only to find their hotel ‘hasn’t even been built’ – The Sun

A FAMILY were left devastated after finding their five-star luxury hotel in Egypt still hadn't been built when they arrived.

Mark Mould, 33, booked the £3,465 trip through travel company loveholidays for a two week break to Crystal Beach Aqua Park and Hotel with family and friends. 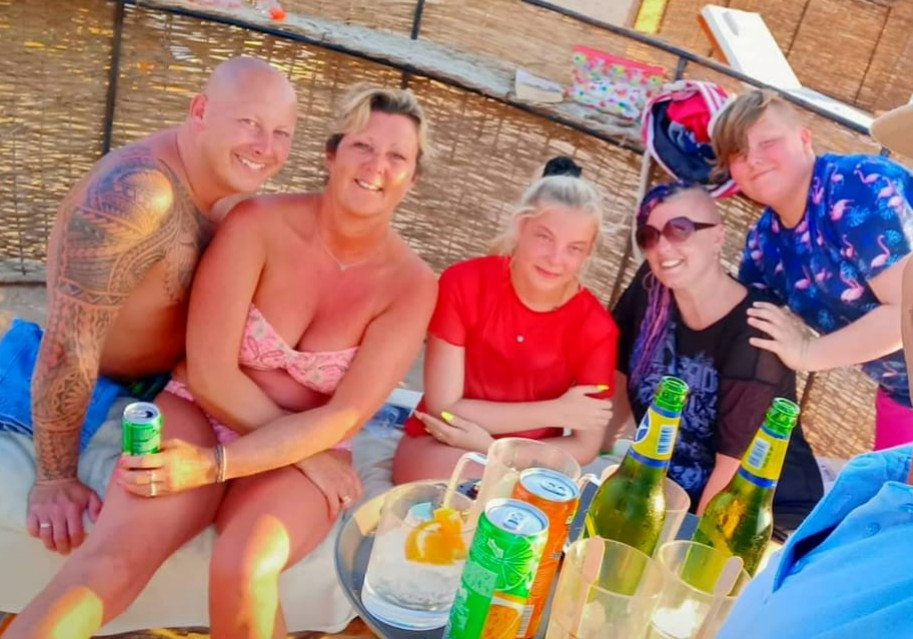 But when the group of five landed in Egypt, they were shocked to discover the all inclusive paradise they had been promised never existed.

They were taken instead to the next door hotel – which they then discovered was in the process of being demolished.

The distraught group from Gainsborough, Lincolnshire, spent two days in hotel Paradise Golden 5, due to be closed in the near future.

They complained again and were transferred by loveholidays to a second hotel – where the new hotel took an £8,000 'holding deposit' from the upset group. 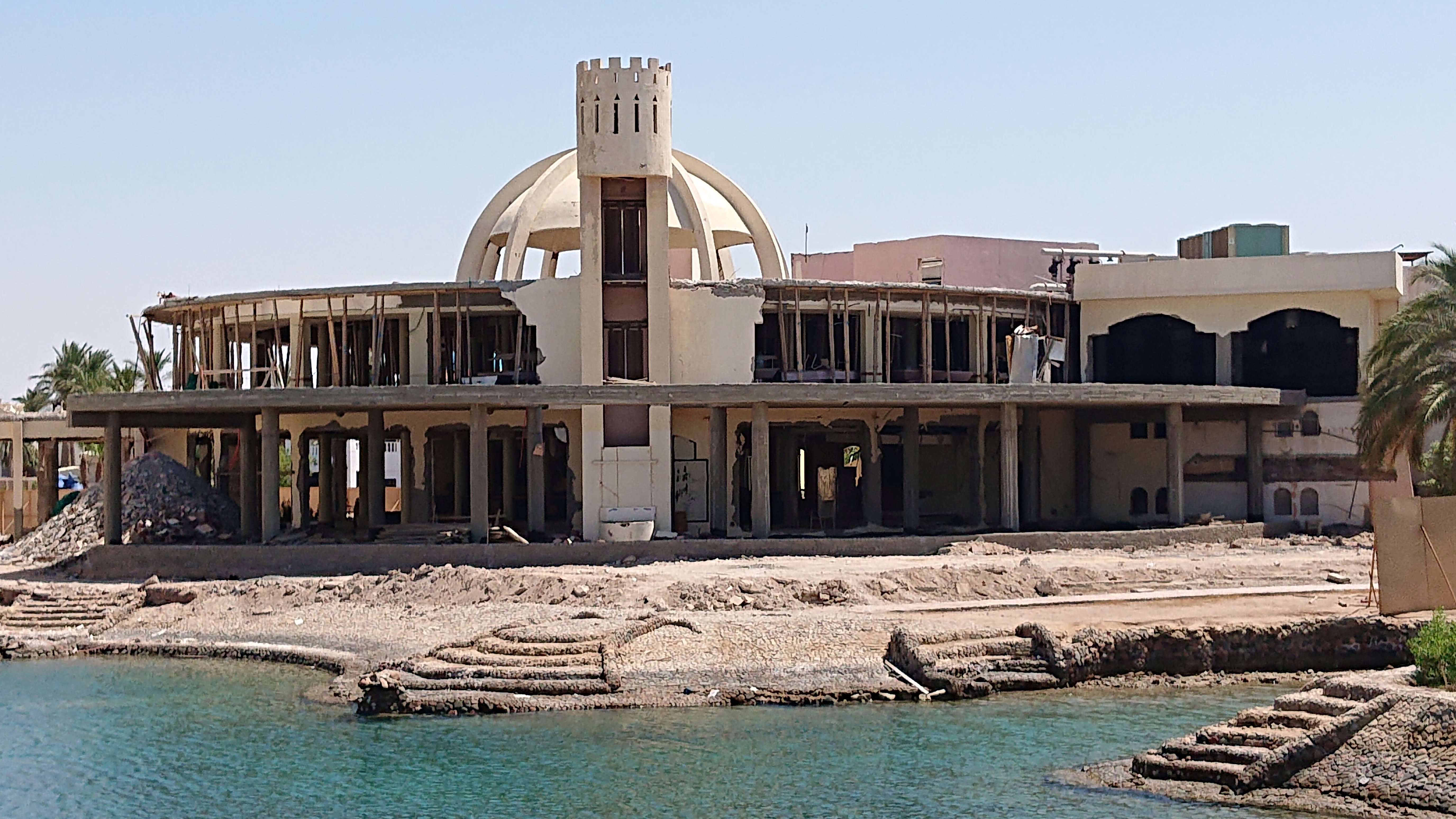 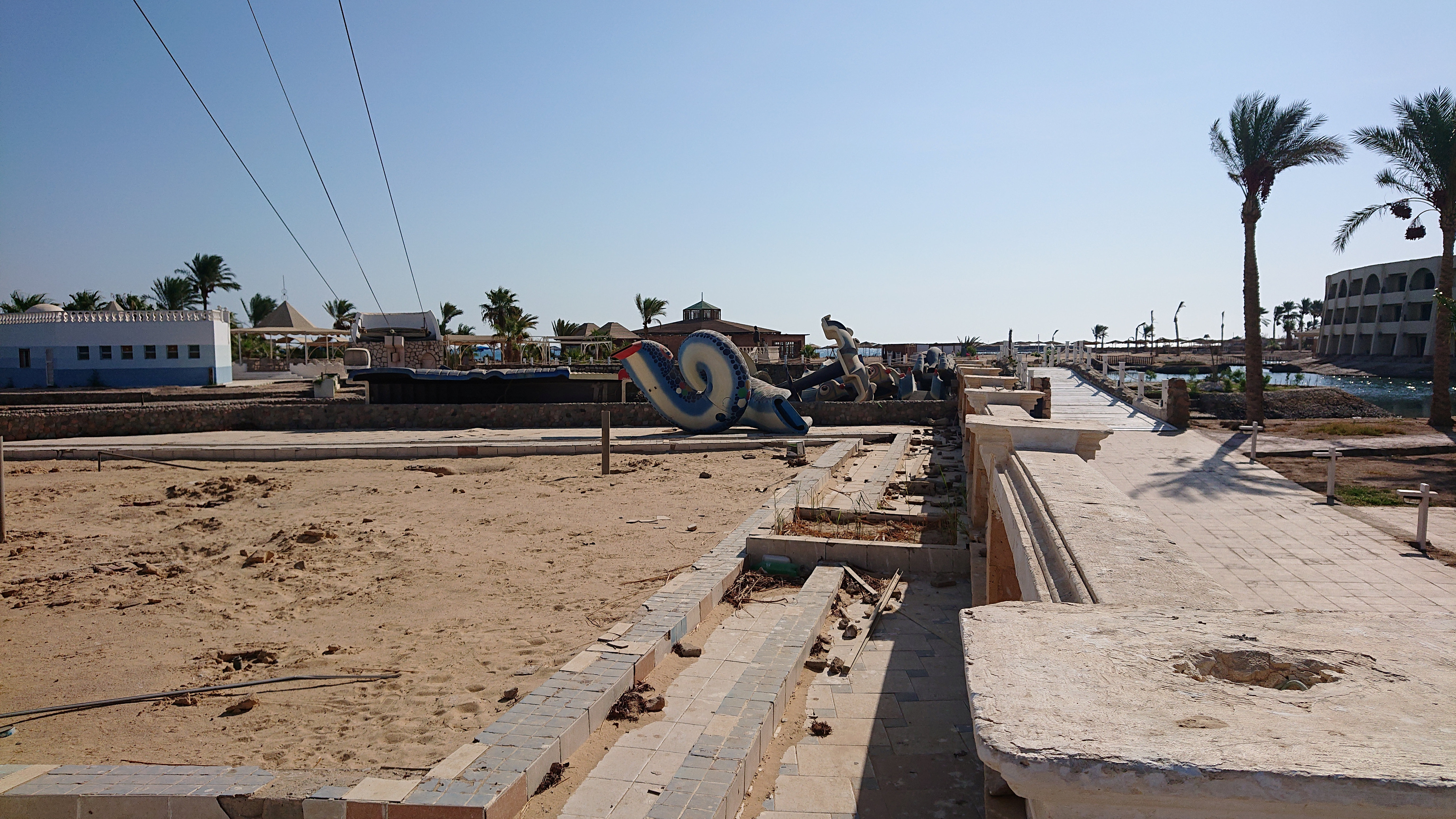 Industrial electrician Mark said: "It was a rollercoaster of disaster, tears and sickness!

"I think we all felt wholeheartedly that we had been sold an expensive dream and been served a crumbling nightmare.

"It was fraud on a grand scale from a large company, who clearly has no morals.

"Iit was a frustrating time and potentially they could have left us stranded on three occasions due the lack of care and diligence shown to their customers."

Mark and his school administrator wife Sarah Mould, 50, were joined by Sarah's best friend headteacher Natalie Barnes, 40, and her children Kyziah, 15 and Ty, 13. 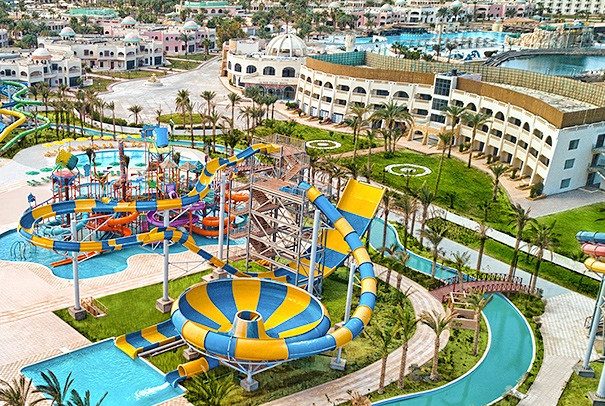 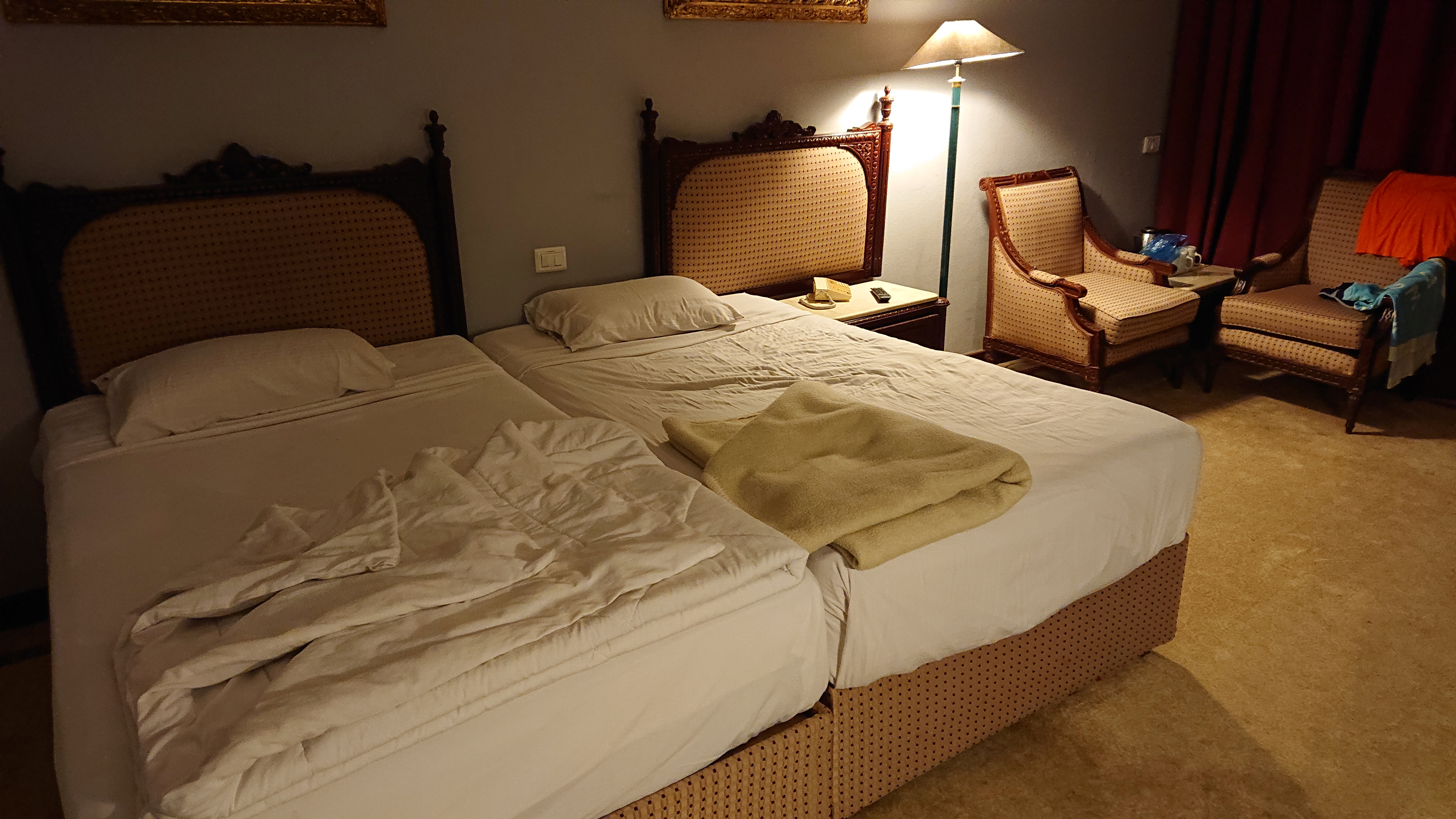 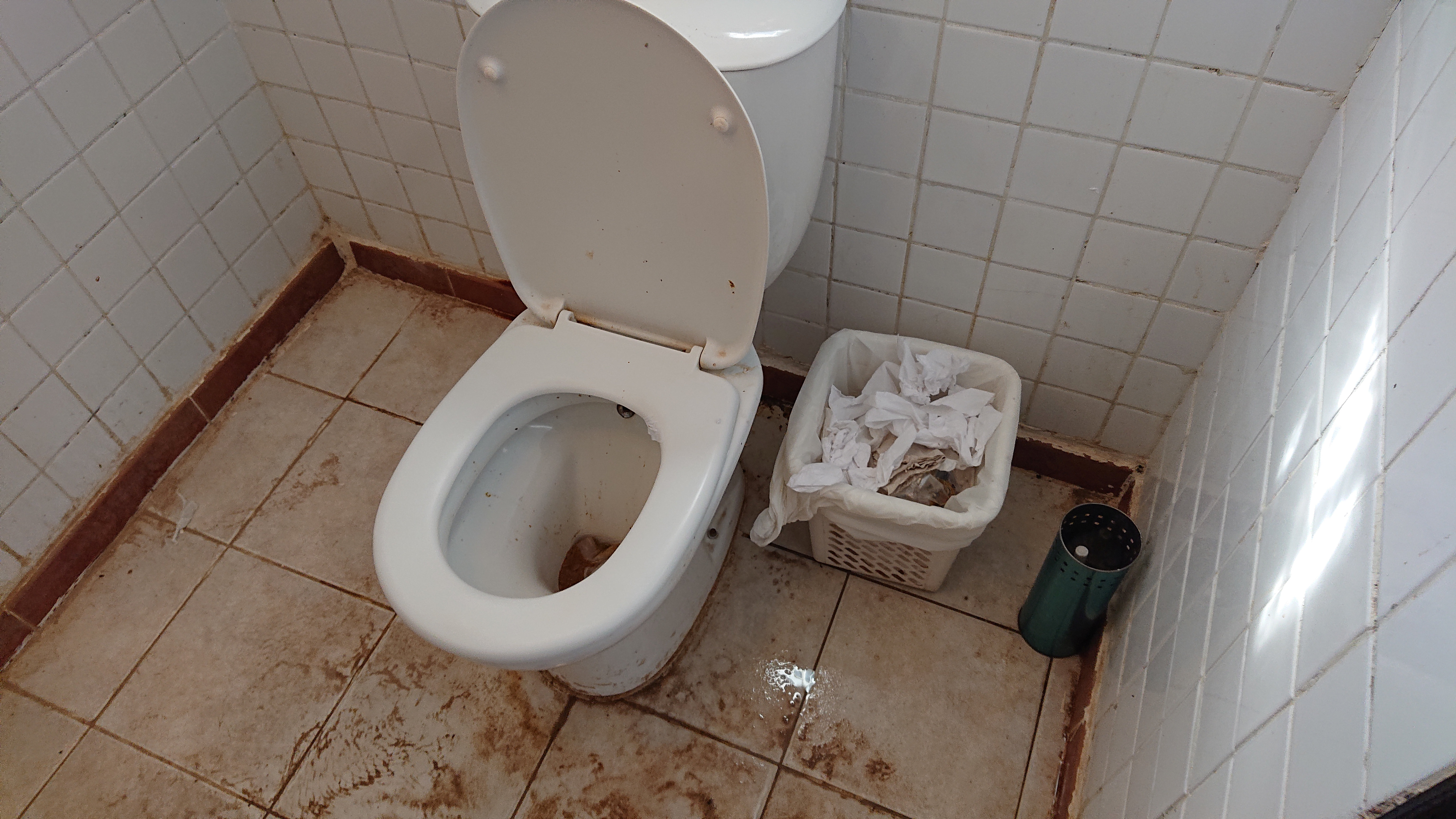 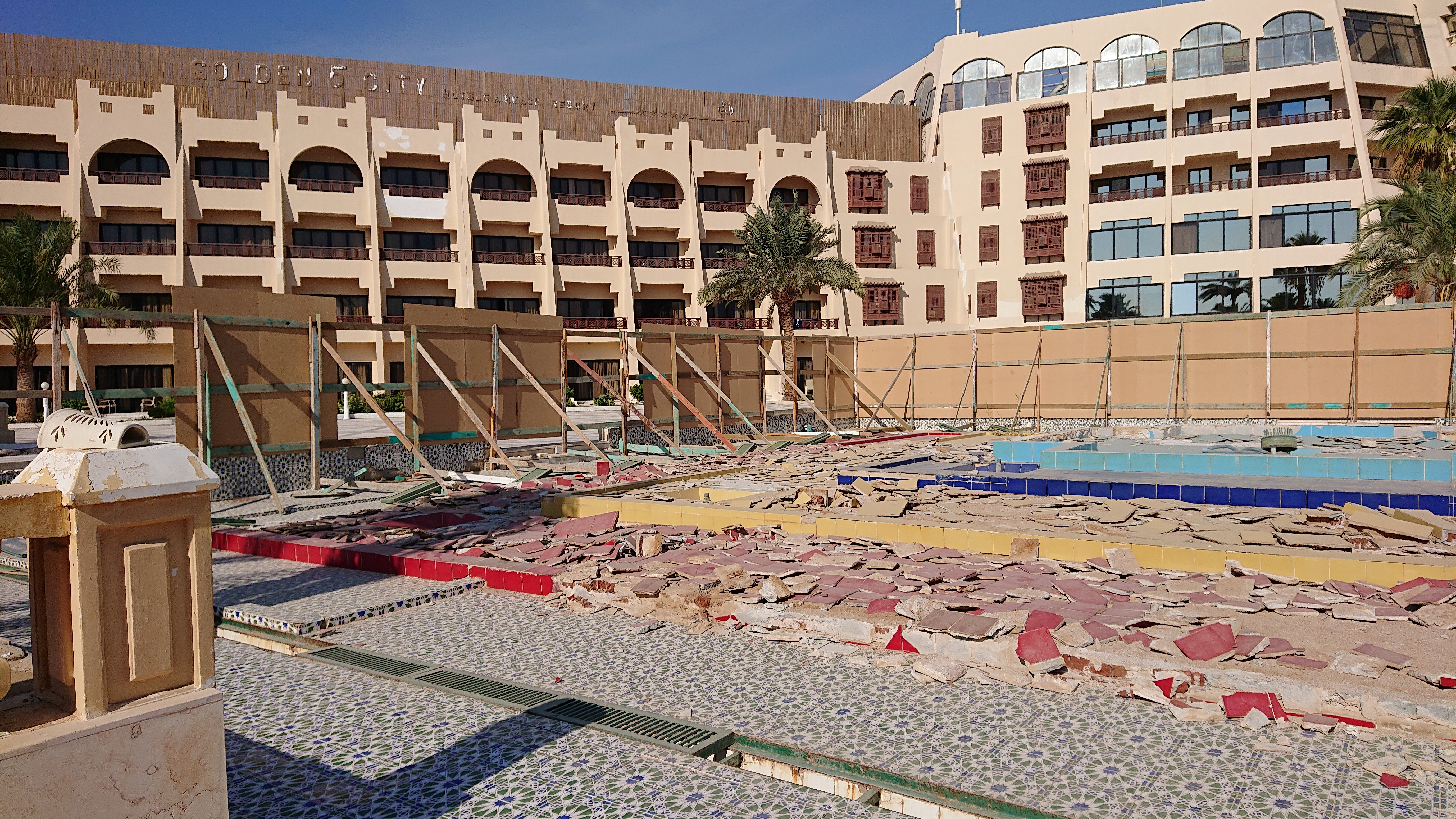 Mark said: "Natalie was the lead passenger as she'd used loveholidays before and had been happy with her previous experiences with them.

"We mutually chose the hotel as it appealed to all of us for access to the beach and the water parks they were advertising.

"It was the first summer holiday that Natalie had been able to give her children due to work commitments.

"We were all very excited and looking forward to the holiday, especially the kids."

Landing in Egypt on August 7 , the guests were picked up by their shuttle bus and driven to a hotel.

After a detour to the wrong hotel, they got back on the transfer bus and were taken to the Paradise Golden 5.

Mark said: "We were greeted at the second hotel with a twenty minute wait, whilst being glared at and made to feel so uncomfortable that being naked in a shop window would have been a better option.

"It seemed they didn't know we were supposed to be there either – the deputy manager repeatedly looked over at us, shook his head and made phone calls.

"We were eventually beckoned over and given bands with 'Paradise' on which again raised alarm bells as we knew that wasn't the name of the hotel we'd booked." 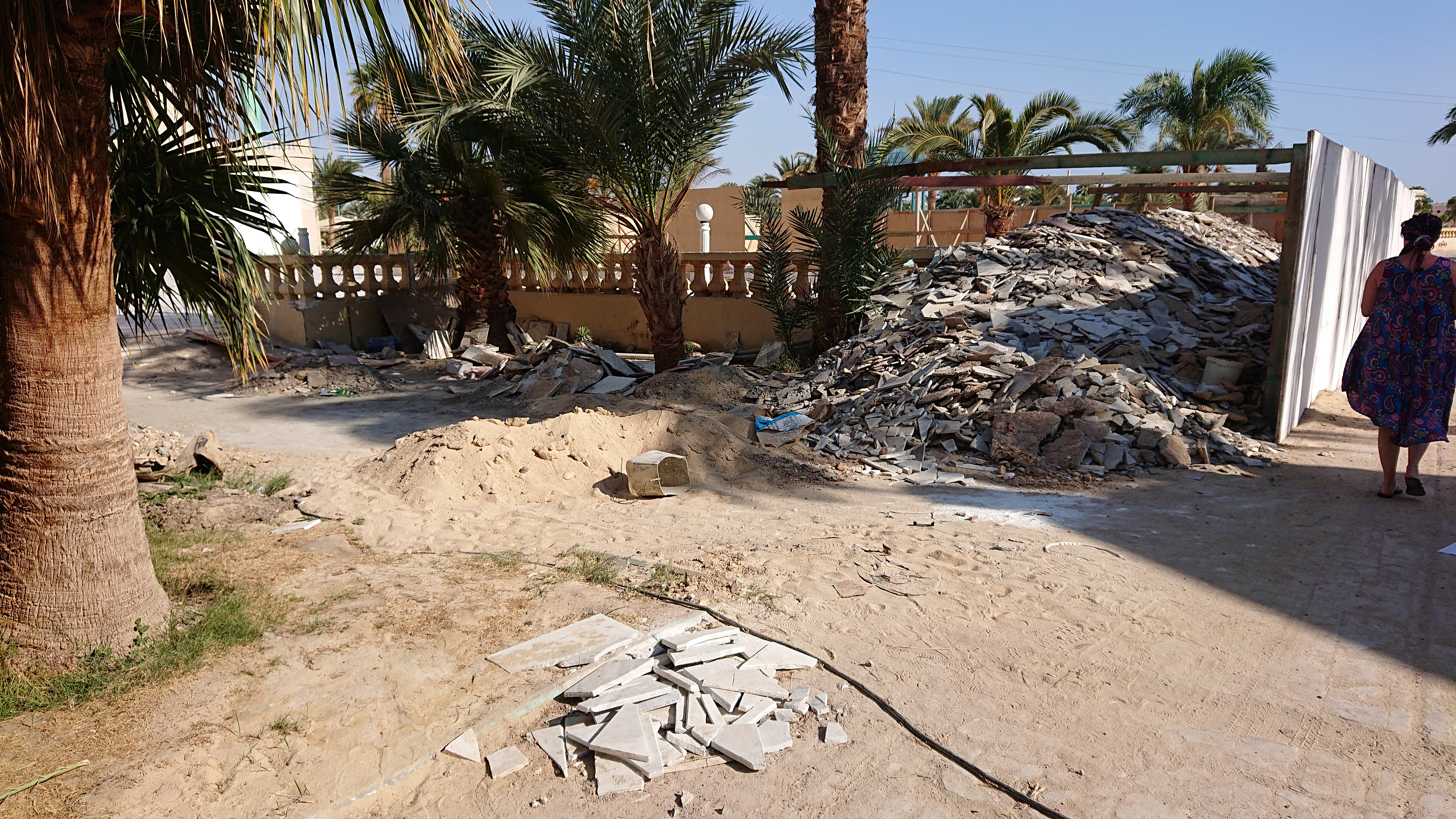 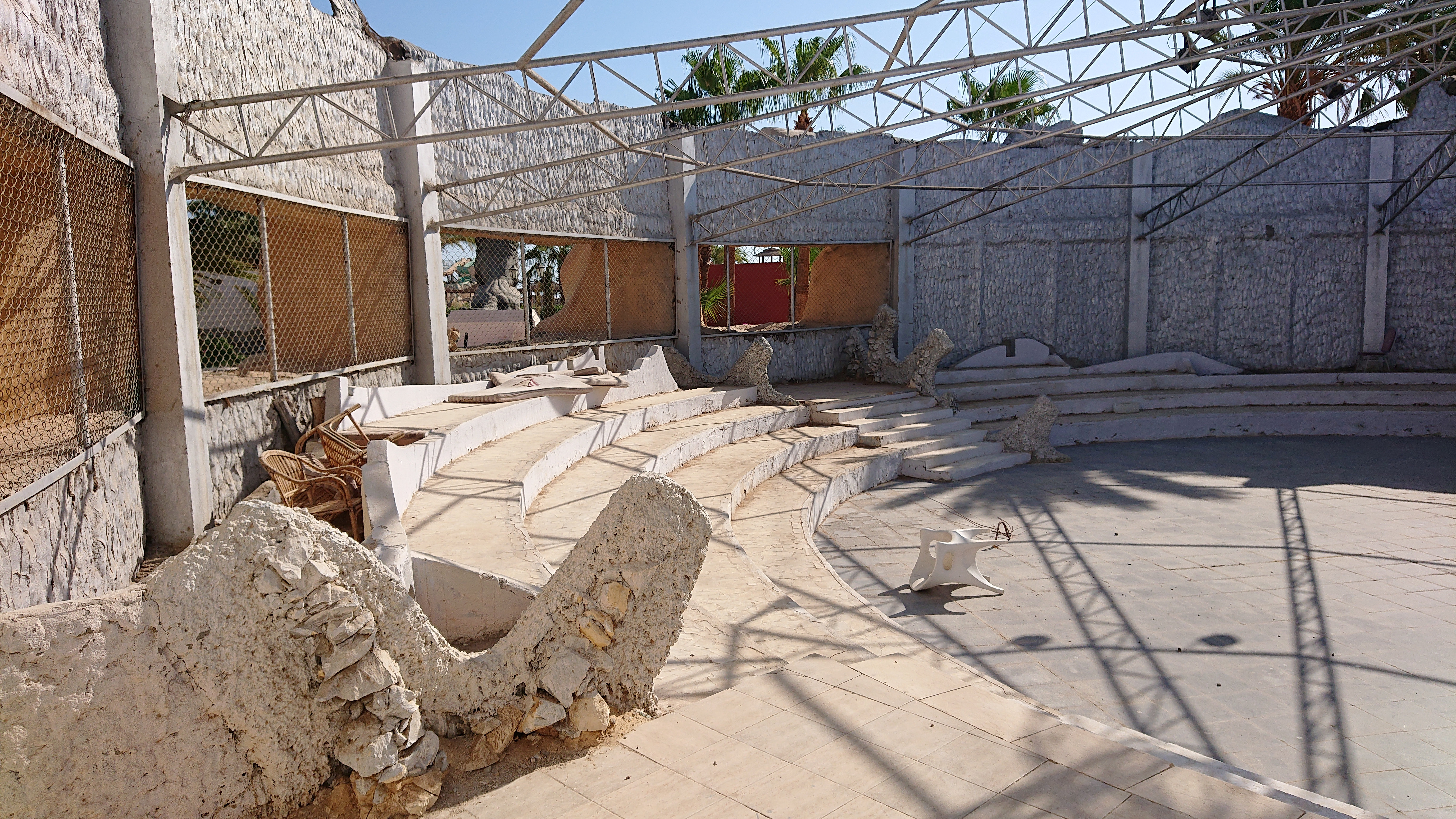 The guests were shocked at the state of their rooms, which they said had broken furniture and dirty floors – a far cry from the luxurious suites they'd seen online.

Exploring the rest of the hotel, the group soon discovered they were staying at a demolition site.

Walls and ceilings were half pulled down and there were green and dirty swimming pools.

Mark said: "We were shown to our rooms which had ripped sheets and poo stained floors and bathrooms that flooded if you tried to shower.

"It was now late so we sacked the rooms off after making our first complaint regarding the sleeping arrangements and lack of a beds – one adult and two kids of different genders were given two small doubles to share, not ideal! 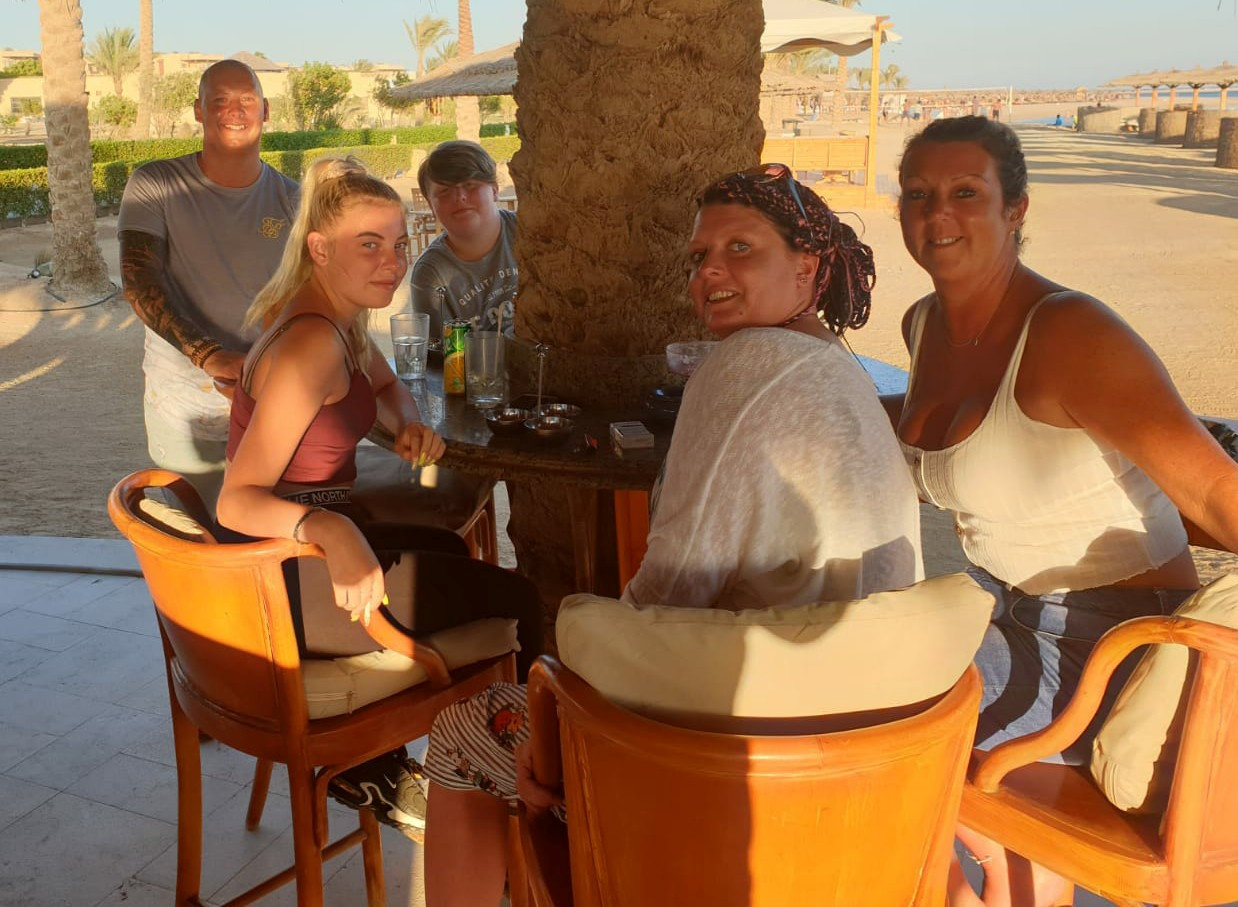 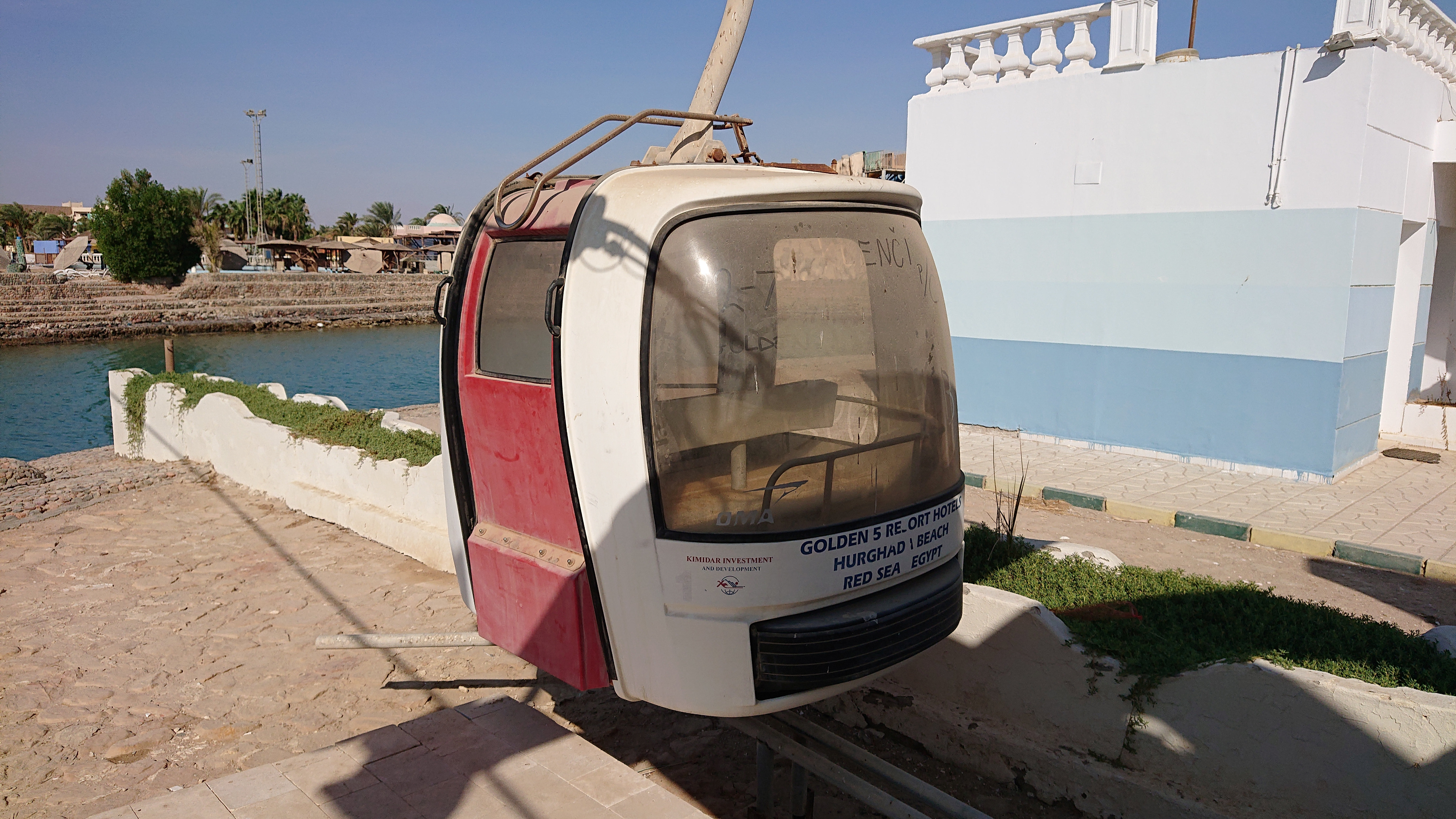 "We went for a warm beer in a non air conditioned bar to pass the time until we could examine the beautiful outside that we had been promised.

"The bar was abysmal with ceiling tiles falling down, the sofas ripped and tattered curtains torn and falling from the walls.

"The food was sub-standard, they constantly ran out of alcohol or just didn't have it, and the lifeguards couldn't swim or had left because they hadn't been paid and were replaced by gardeners.

"There was no air con, the internal areas were in a derelict state and many of the services were not available due to the hotel being 'closed down'." 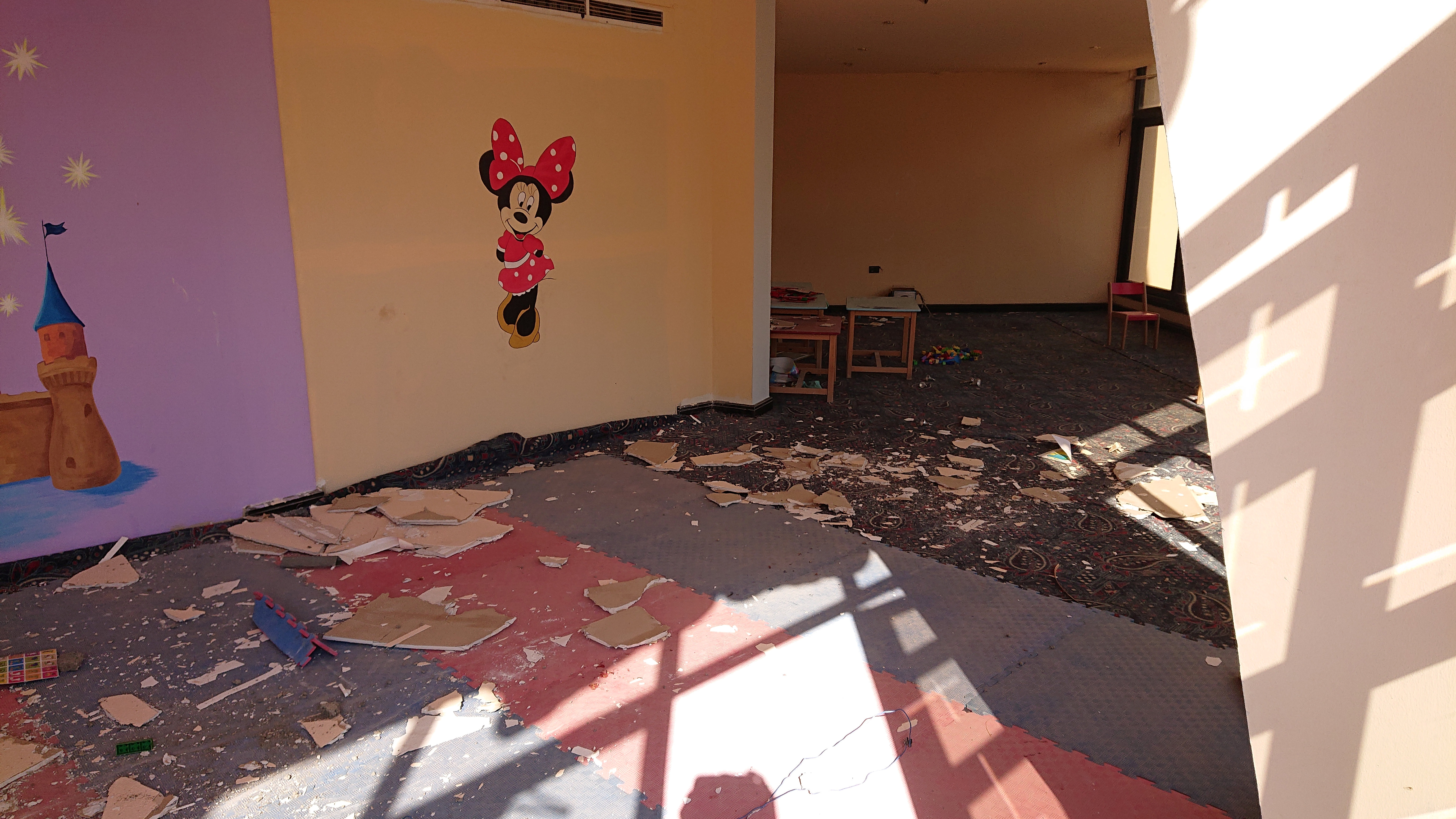 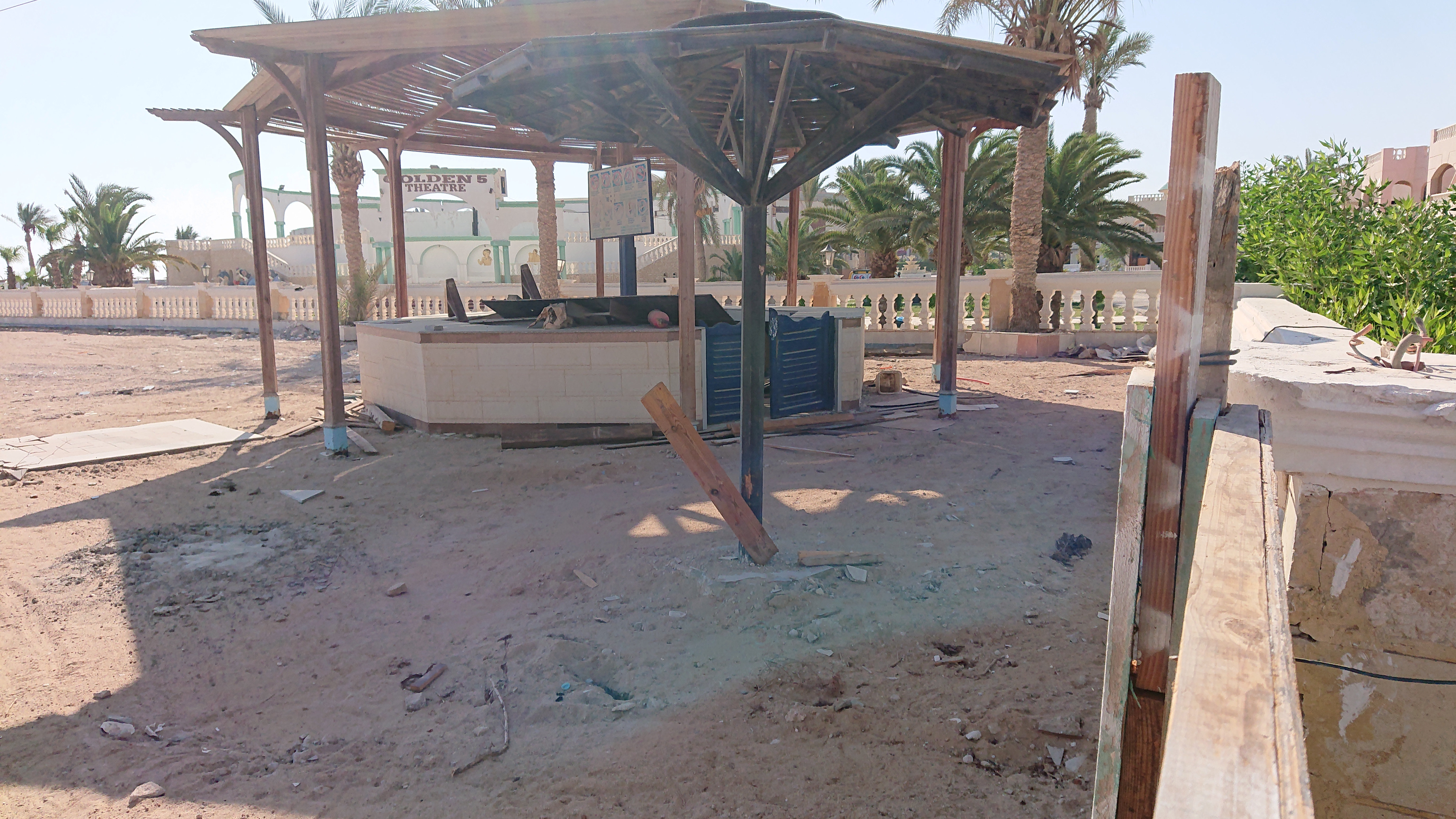 After complaining to loveholidays, Mark discovered the horrible truth – the hotel they had booked to stay at had never existed.

He said: "Heading outside, we were greeted with a building site where signage was found for our supposed hotel, wrapped around a derelict building."

It turned out an old hotel – Al Mas Palace Hotel & Beach Resort – had been closed down in 2017.

The building had been bought with the plan of turning it into the Crystal Beach Aqua Park and Hotel.

But the new hotel had never been finished – but it was still listed to be booked on loveholidays website. 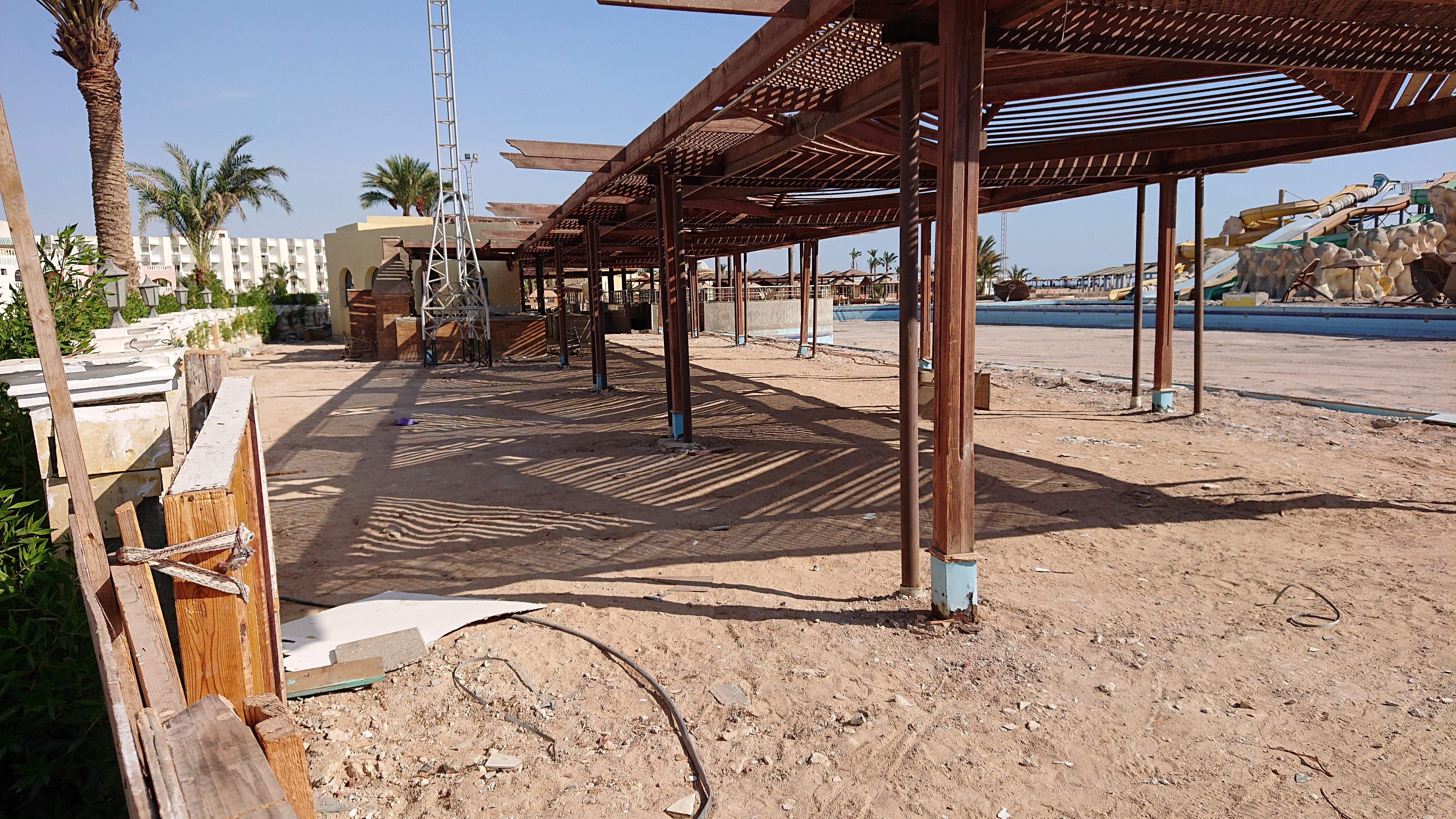 Realising the mistake, the holiday company had then put Mark and his guests into Crystal Beach's sister hotel which was in the process of being demolished.

After days of complaining and surviving on the limited hotel buffet, Mark's group were relocated to Kempinski Hotel Soma Bay on 9 August.

But their nightmare was far from over, as staff at Kempinski Hotel Soma Bay put £8,000 from the group into holding upon their arrival.

Mark said: "It took days for LoveHolidays to get us into a new hotel and when they finally did, the hotel demanded money upfront or we wouldn't be allowed access to the hotel grounds.

"loveholidays had informed us categorically that they had transferred the funds to the new hotel, we just needed to check in – alas, the funds had not been transferred at all.

"We would have been essentially been left stranded on the streets of Soma Bay, so it was cough up or ship out.

"We were completely distressed – tears, weak legs, overwhelming panic and stress with the added pressure of it being 45 degrees and the look on the children's faces.

"They didn't do all inclusive as we had originally booked so we then had to pay for food and drink for the rest of the holiday." 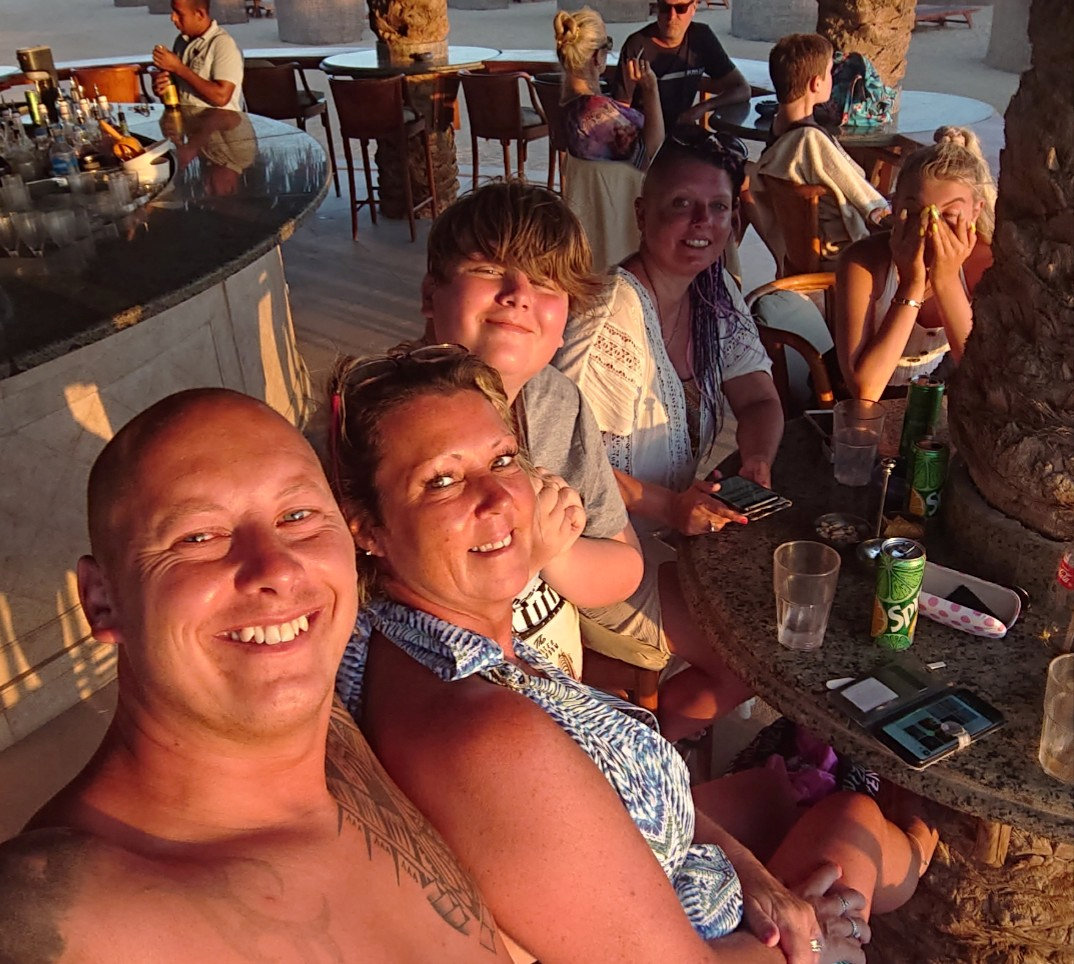 They had hoped the drama was over until the day of their flight came and the transfer bus was nowhere to be seen.

The shuttle bus had gone to the wrong hotel to collect them and now would not be picking them up.

With a flight to catch, the group had no choice but to pay for a taxi to the airport and after another €88 (£75) and a mad race through security, they were finally on their way home.

Thankfully, the Kempinski Hotel Soma Bay released their holding fee of £8,000 and after weeks of complaints, loveholidays refunded the group £4,942.84.

Mark said: "The entire holiday had us experiencing a mixture of emotions ranging from disbelief and disappointment to anger and panic.

"None of this should ever have happened. We will never use loveholidays again and I would never recommend anyone else to either.

"This was a very dangerous hotel to be sent to."

A spokesperson for lovelolidays said: "We apologise to Mr Mould and his group for the issues that they experienced on their holiday to Egypt in August.

"We have undertaken a thorough investigation internally and with the hotel supplier concerned.

"Unfortunately, we were let down in this instance by the hotel supplier which insisted that the original hotel would be ready to accept guests which was clearly not the case.

"We recognise that alternative accommodation was not resolved as quickly as it should have been for these guests and acknowledge that a number of errors occurred which resulted in further issues for Mr Mould and his party.

"loveholidays has reached a final settlement with Mr Mould for the costs and inconvenience caused to him and his party. We set ourselves high standards for customers experience.

"We acknowledge that Mr Mould's experience fell short of these high standards and we will learn from this experience to seek to avoid any repeat of this scenario for our customers in the future."

The hotel has since been taken down from loveholidays' website but can still be booked through various other holiday providers online.

Another family found their £1,650 holiday resort in Turkey closed with a replacement hotel having 'filthy pools and exposed wires'.

In May, a couple spent £3,500 on their holiday to Santorini- only to see it was still being built.

A family sued TUI after finding their hotel was only half built when they arrived.