Business class vs economy on a Gulf Air Dreamliner 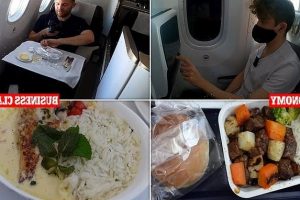 Gulf Air doesn’t have a reputation as a thoroughbred airline. For instance, respected UK-based air transport rating agency Skytrax has declared it’s a ‘three-star’ operation, behind British Airways, which has four stars.

However, two travel experts from The Points Guy UK are extremely impressed with the carrier when they put its business class and economy cabin head-to-head.

They film their experiences in each cabin on a Dreamliner flight from London Heathrow to Bahrain, with the ‘spectacular’ business class a riot of dessert trolleys and chic styling – and the economy cabin boasting a seat the reviewer declares might be the comfiest he’s ever sat on in cattle class. 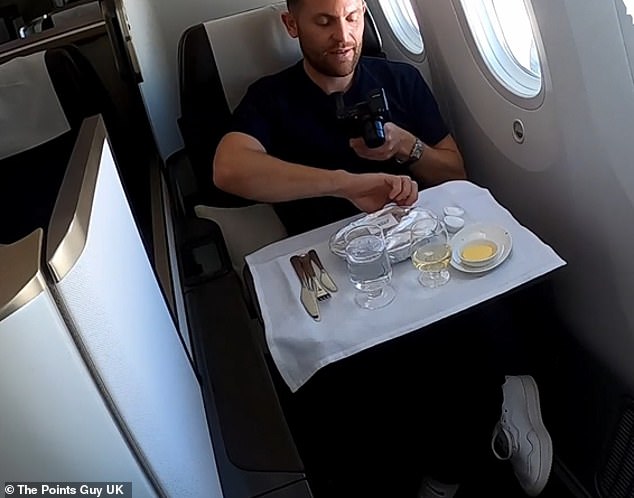 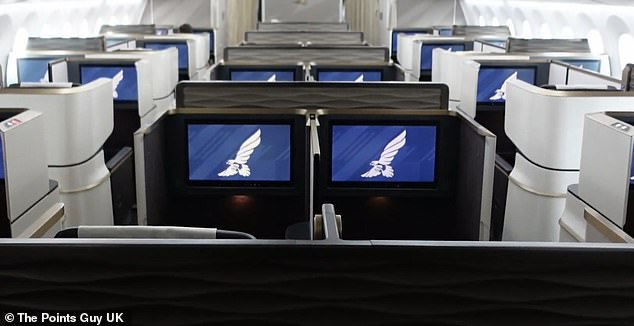 Turning left for the video is Nicky Kelvin, Head of The Points Guy UK.

His jaw drops immediately as he boards.

He describes the ‘Falcon Gold’ cabin as ‘spectacular, absolutely gorgeous’, with a ‘spacious, fresh and private’ feel.

He says the seat, which cost £1,535, is ‘big and comfy with a really nice colour scheme as well’.

He also loves the iPhone-style device that controls the entertainment screen and the service, which he describes as ‘exceptional’. 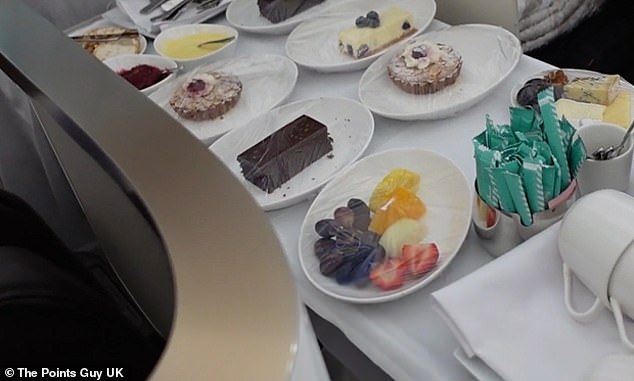 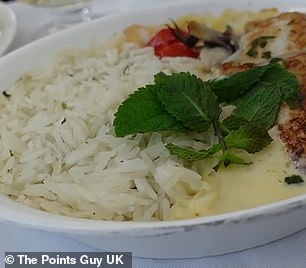 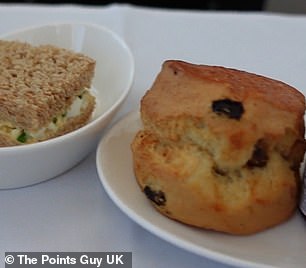 On the left is Nicky’s main course – ‘soft and tender’ chicken with a ‘gorgeous’ sauce and ‘fluffy rice’. On the right, his afternoon tea 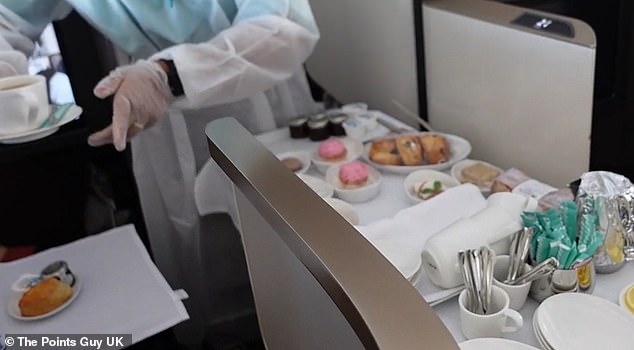 He says: ‘The crew come across as friendly, experienced and passionate. I do not want for anything.’

The food and beverage offering, meanwhile, is ‘fantastic’.

Nicky tucks into ‘soft and tender’ chicken with a ‘gorgeous’ sauce and ‘fluffy rice’.

Then the dessert trolley turns up and it’s time for a ‘smooth and sweet’ blueberry cheesecake with a ‘buttery biscuit base’.

But the feast doesn’t end there. An hour and a half later, a full afternoon tea turns up – ‘a tasty and luxurious touch’.

It isn’t perfect, though. 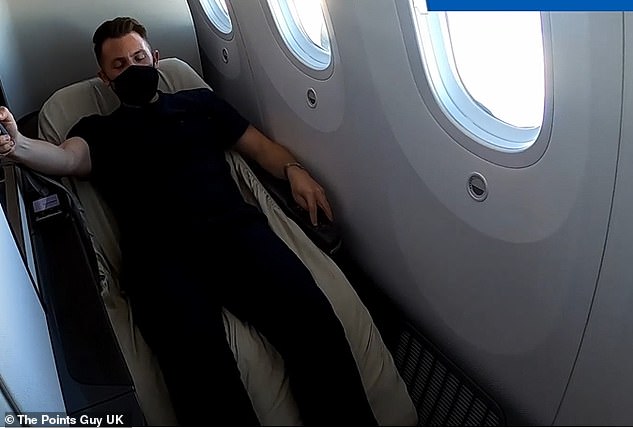 Nicky puts the lie-flat seat through its paces. He describes it as ‘big and comfy’ 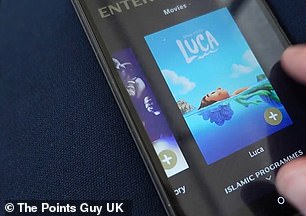 In business, an iPhone-style device controls the entertainment screen

Nicky says: ‘Whilst the bed is comfortable, a thicker mattress and more plush bedding would make for a better sleeping set up.’ The blanket is a bit ‘polyester-y’ for his liking.

He also says that the check-in process is a ‘little slow and confused’, though this might be because he is flying out of Terminal 2, which isn’t Gulf Air’s Heathrow ‘home’ – Terminal 4.

TPG UK’s Liam Spencer draws the short straw for this test – but at least his £375 economy berth is an empty row of three seats. 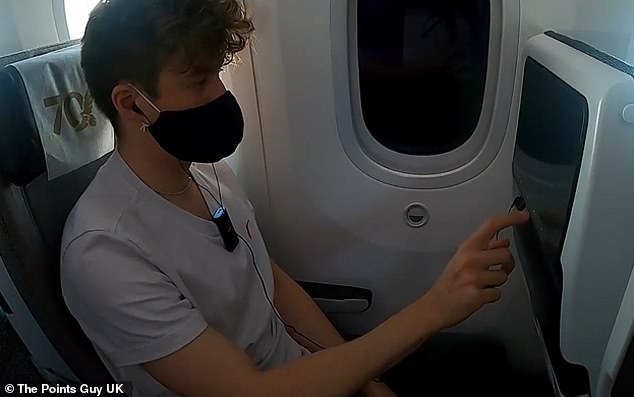 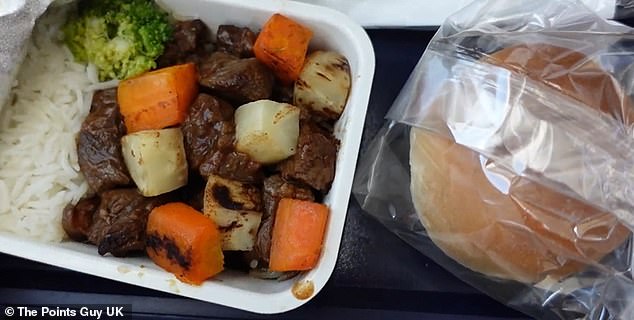 Liam’s main course is braised beef, pictured, which he describes as ‘fairly bland and flavourless’ 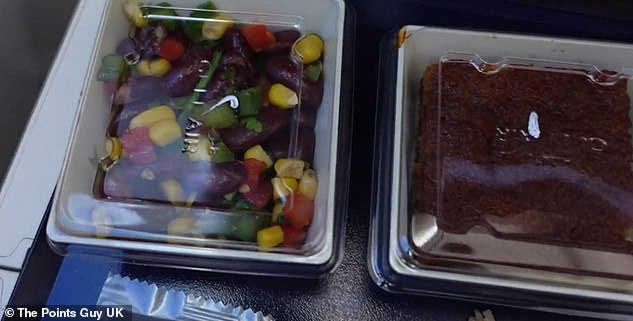 Liam says: ‘The best service I’ve ever experienced in economy. The crew consistently go the extra mile to make sure I have everything I need. They are friendly, personable and make me feel like a valued passenger, rather than a customer.

‘The seat is very comfortable – possibly the comfiest I’ve ever sat on in economy – with soft fabric and plenty of recline. And the cabin feels extremely fresh, clean and spacious. A particular highlight of Dreamliners is their button-controlled [dimmable] windows, which add a luxury feel to the experience.’

Another win is a ‘pretty cosy fluffy blanket’. 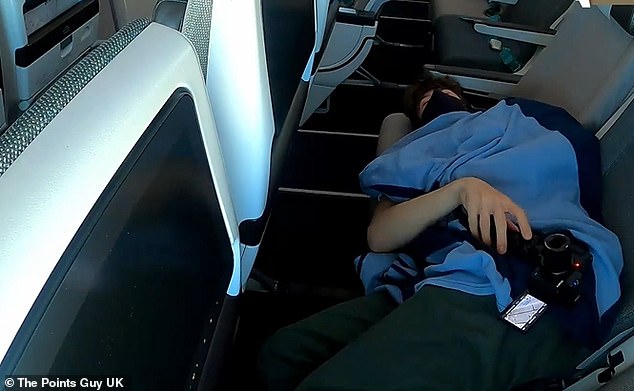 Liam’s economy berth is ‘an empty row of three seats’ 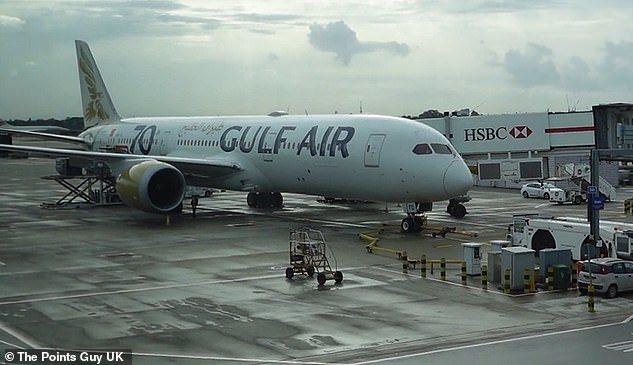 On the downside, ‘the main course isn’t particularly exciting – a braised beef curry that is fairly bland and flavourless’.

But he trumpets – ‘it is a near-perfect economy flight’.

For more information on travel tips and tricks, sign up to The Points Guy UK. Click here to see the full-length Gulf Air review footage.