Home » Travel » Chase Bryant Revisits the Pain of His Past on 'High, Drunk and Heartbroke' — 'It's My Story'

Chase Bryant Revisits the Pain of His Past on 'High, Drunk and Heartbroke' — 'It's My Story' 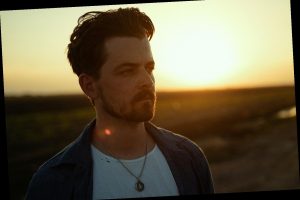 Chase Bryant was alive, but far from well.

Mere months after surviving a 2018 suicide attempt, the country music star found himself at the bar of the iconic Sportsmen's Lodge in Los Angeles, filling his ears with the music of Willie Nelson and Kris Kristofferson and filling his glass with far too much booze, all in an effort to find his way through the darkness of depression and the weight of loneliness he continued to feel in his heart.

"I sat on the foot of my bed and this hook just all of a sudden appeared," Bryant, 28, tells PEOPLE of the song hook that would eventually turn into his latest release "High, Drunk and Heartbroke." "I wasn't pondering it or anything. It just happened."

Soon after, the Texas native would write the song that encompassed the pain of far too many years in just 20 minutes. "It's not just a song," he says of the country waltz that he would end up finishing alongside co-writers Stephen Wilson Jr. and Dave Pittenger. "It's my story."

But Bryant is quick to note that the song is not to be taken too literally. For example, while it is true that at the time of its writing, Bryant was in fact dealing with his failed engagement to former fiancée Kourtney Keller, he denies that the song is just about a girl.

"It's not really about that," explains Bryant, who had gotten engaged to the model in September 2017. "There is a lot of things I was thinking about when, for instance, I wrote the words 'since you left me.' There was just so much going on in my life. When you are in a place that low, you don't forget it."

His voice trails away for a moment, but the truth remains. And it is this truth that can be heard within every note of "High, Drunk and Heartbroke" and it's this story that will soon be told within Bryant's long-awaited album Upbringing, set for release July 18.

Writing 10 of the album's 12 emotionally gritty tracks, Bryant went into the studio with producer Jon Randall, drummer J.J. Johnson and guitarist Charlie Sexton to create his debut full-length project. (His 2014 self-titled collection was an EP.)

"We recorded that track 100% live," he says of "High, Drunk and Heartbroke." "The only overdubs were me doing the background vocals and me playing the organ. We knew we had the right track when I could feel the aggression come out. It was all coming from a good place now, but the emotion had to come out in order to put it all behind me."

Indeed, it is a new day for Bryant. Following his suicide attempt, Bryant entered Rolling Hills Hospital, a psychiatric and substance abuse treatment center located in Franklin, Tennessee. But the work continues.

Bryant now finds comfort in the arms of a new girlfriend and the love of friends and family who continue to support him through the twists and turns of mental healing.

And while Bryant continues to prep for a triumphant return to country music with an album filled with the pain of what was once his reality, there is a renewed sense of hope, more than perhaps ever before. Since opening up to PEOPLE about the pain of his past, Bryant says he has been inundated with support.

"I cannot have imagined that there could be that much love from people in a million years," he says. "It goes to show you how many good people there are in this world and how many people I still have a connection with. After so many years of being sick, there were tons of relationships I had given up on and friends I didn't think I still had. But they are all still there and they all still care and that is completely overwhelming in the best way possible."

He adds: "The weight of the world has been lifted off my shoulders and every day I feel more free."