THE perks of waiting until mid-September to take a summer hol are obvious — no school-age children, cheaper flights and lower hotel rates.

But in doing so, you run the risk of questionable ­weather, as even Italy and southern Spain can suffer storms and low temperatures. 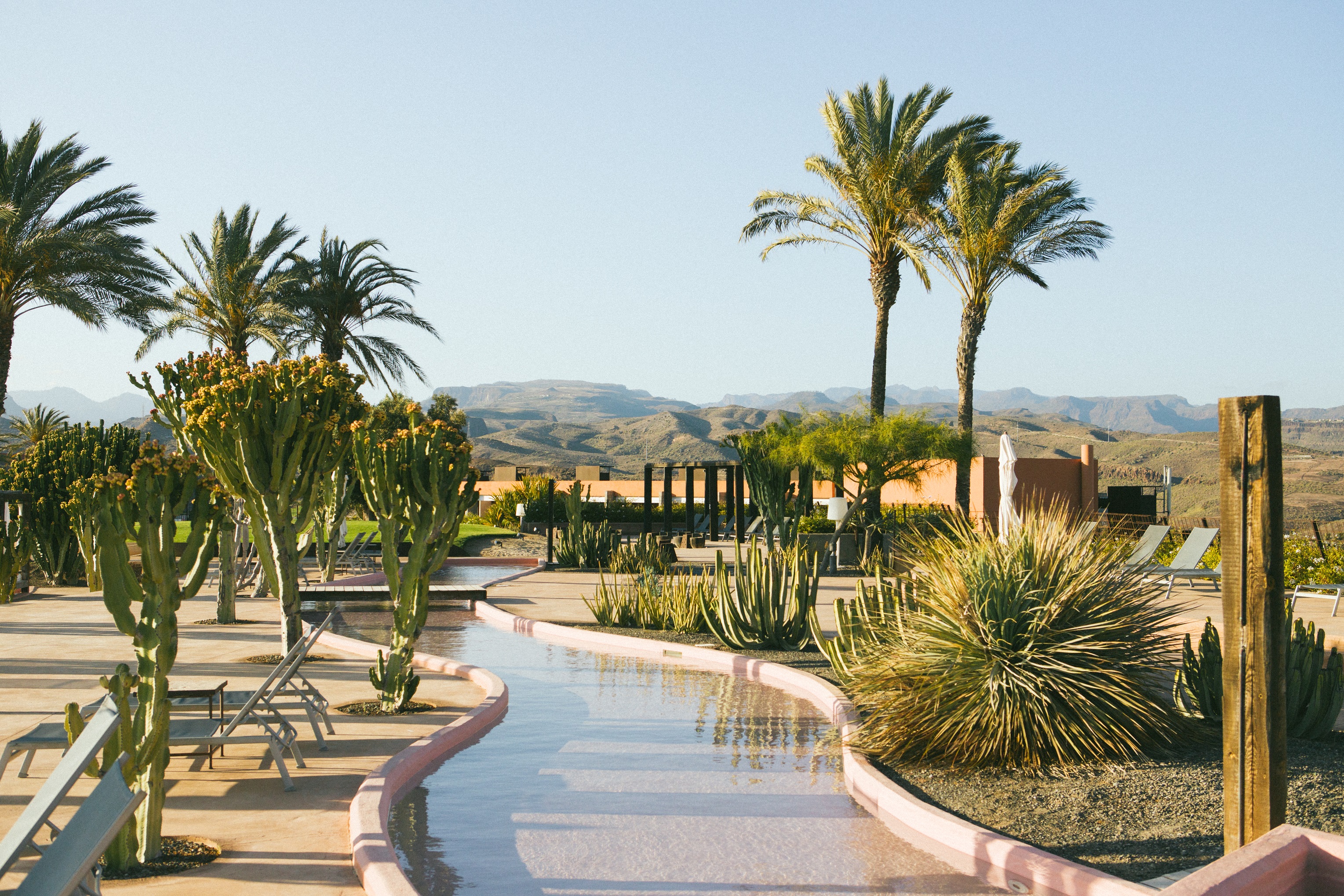 This is where Gran Canaria and the rest of the Canary Islands really come into their own.

Thanks to their location off the coast of Africa’s Western Sahara, the Spanish islands are only a four-hour flight from the UK, but still enjoy reliably scorching ­weather.

At nearly six months ­pregnant, I was not willing to fly long-haul, but still wanted a sunny lounger to nap on for a week.

Step in the Salobre Hotel Resort And Serenity, a hotel and golf resort set in the hills of southern Gran ­Canaria, near Maspalomas, that is designed to be the ultimate relaxing break.

The resort first opened a few years ago when it was run by the Sheraton group, but it has had a complete rebrand and makeover over the past three years.

With seven pools, a spa and two 18-hole golf courses, the hotel has one of the best offerings on the island. 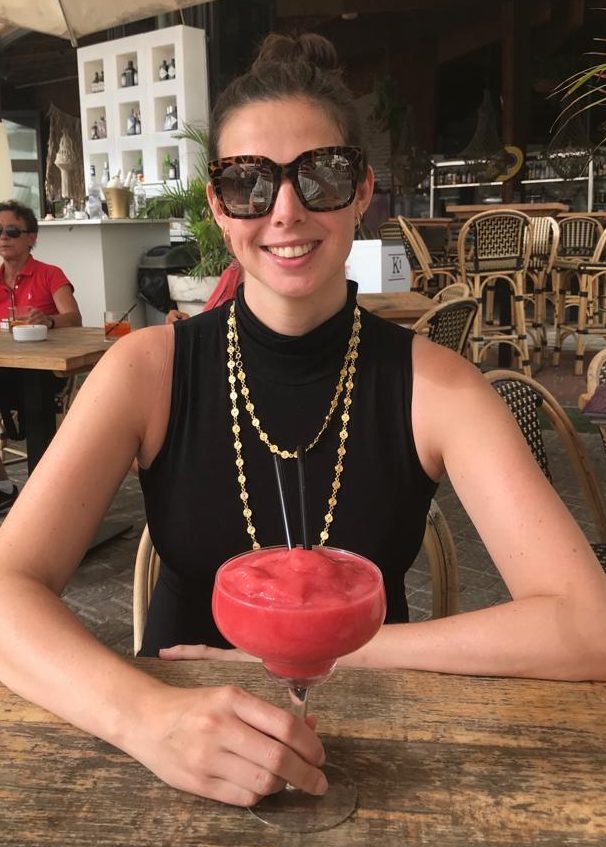 It is a considerable distance from the nearest town and 90 per cent of guests are on a half-board basis, which means that from the moment you arrive, the brain can completely switch off — the most taxing decision is which pool to relax by that day.

A lot of effort has gone into updating the Salobre’s food options in the past ­couple of years.

An expensive restaurant revamp with ­several live cooking stations means guests have plenty of cooked-to-order meals to choose from, alongside hot and cold buffets.

For those wanting a change of scenery, there are two ­further a la carte restaurants offering evening meals. These include the newly opened S Club, which serves Spanish cuisine during the day and cocktails in the ­evening alongside acoustic live music. 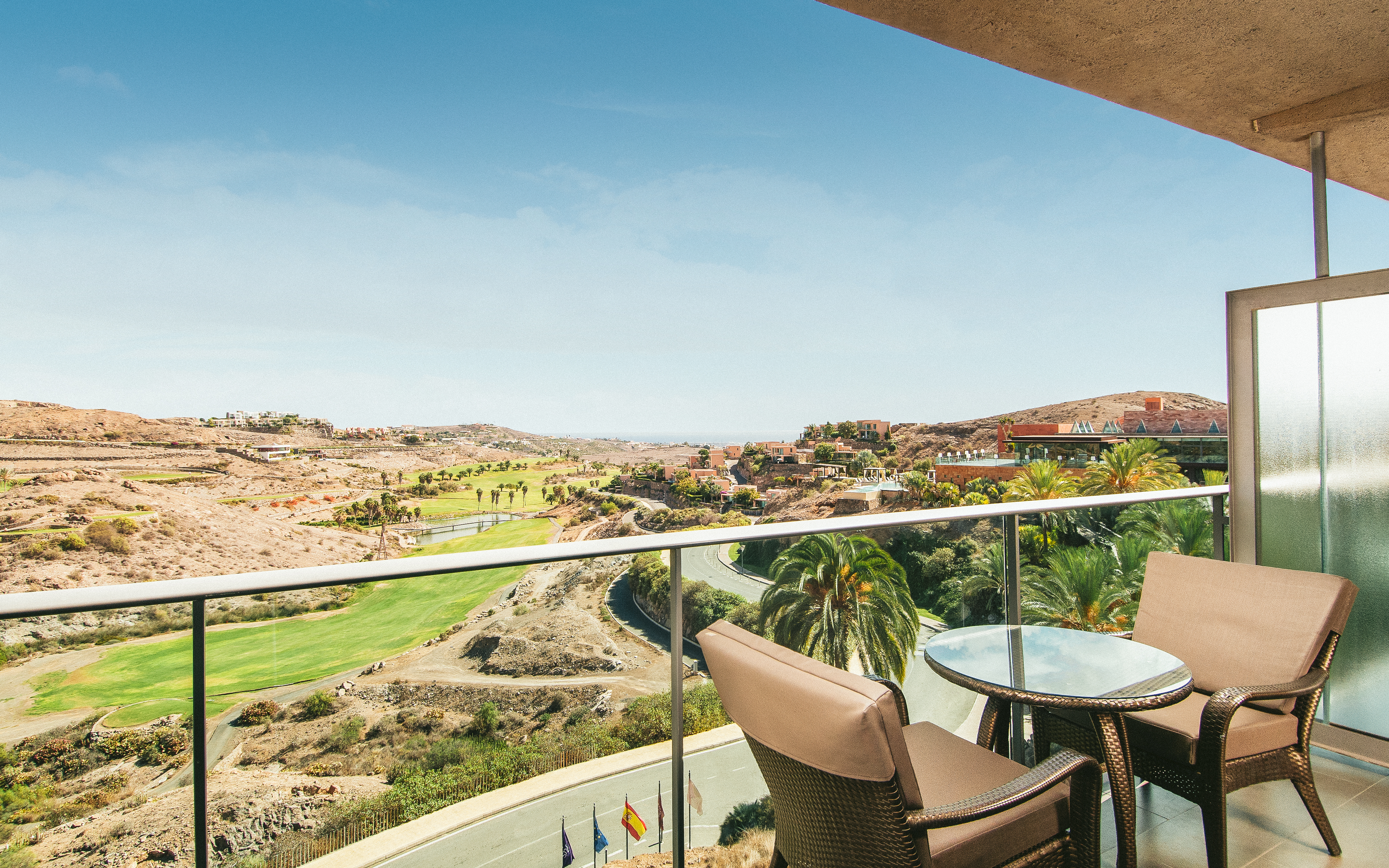 The prospect of having nothing to do all day meant I bulk-bought travel games before we flew out, but it’s amazing how little you can do if you try.

As a hotel that prides itself on wellness, there is a packed sports itinerary with activities such as aqua aerobics, water cycling and circuits.

But its crowning glory are the resort’s two golf courses, one of which has hosted the Spanish PGA and the Senior And Femino Spanish Championships.

For those happier off the green, an onsite spa offers a number of treatments, including its signature aloe wellness massage — using aloe vera cream from plants growing on the island — and an oxygen chamber. While the Salobre is a five-star resort, its prices are considerably lower than many of the same quality. 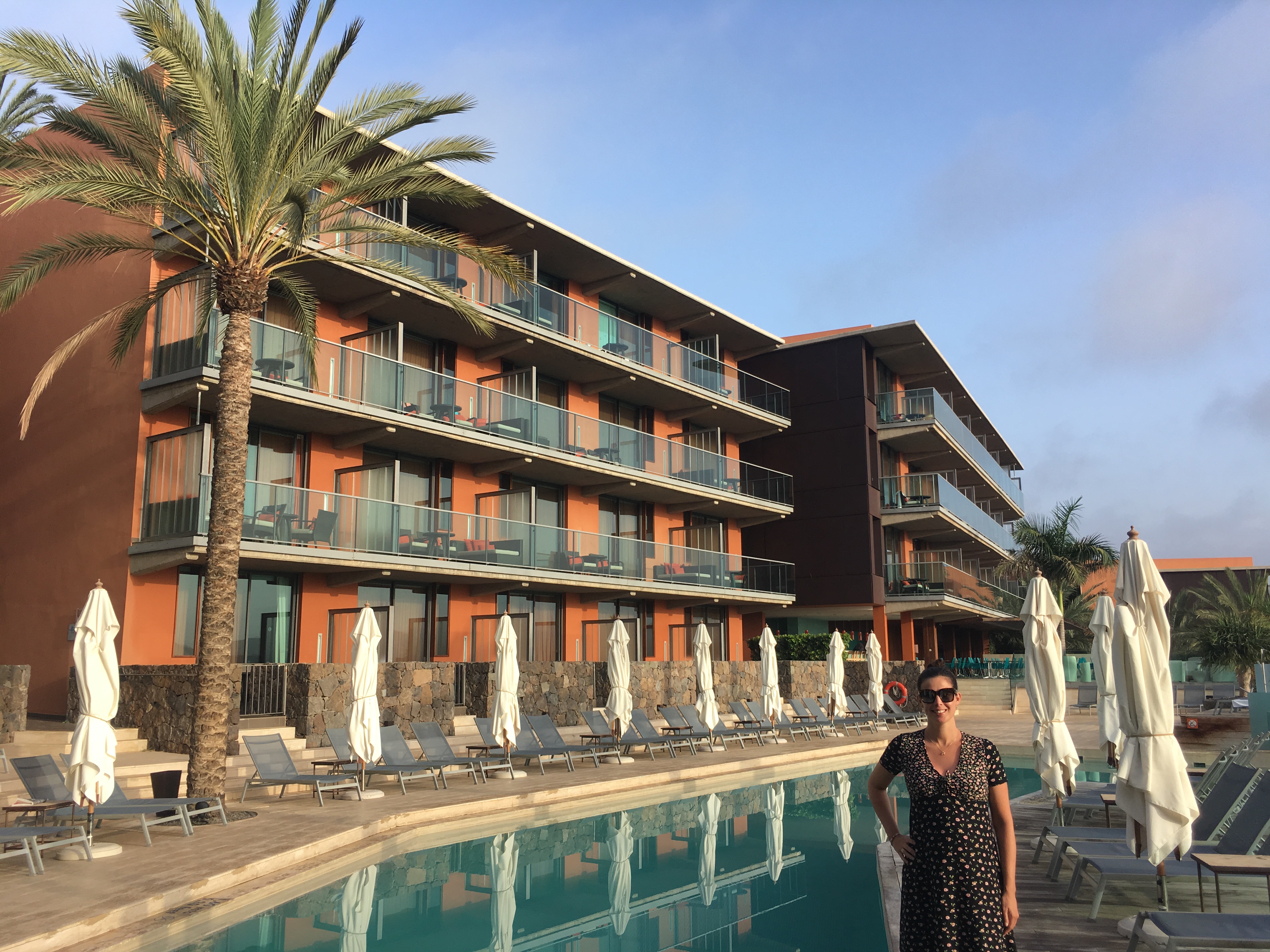 In fact, one London family I know holidays there three times a year because they think it offers such good value.

As most European holiday destinations are winding down come September, Gran Canaria is gearing up for its busy season.

The year-round warm ­temperatures mean October to March is its busiest season, with Salobre guests usually staying for ten to 14 days.

Given the hotel is found high in the hills of southern Gran Canaria, it might feel pretty isolating, but it operates hourly shuttles to nearby Maspalomas beach and excursions to other touristy locations on the island.

Gran Canaria has far more to offer than just sunbathing, though. 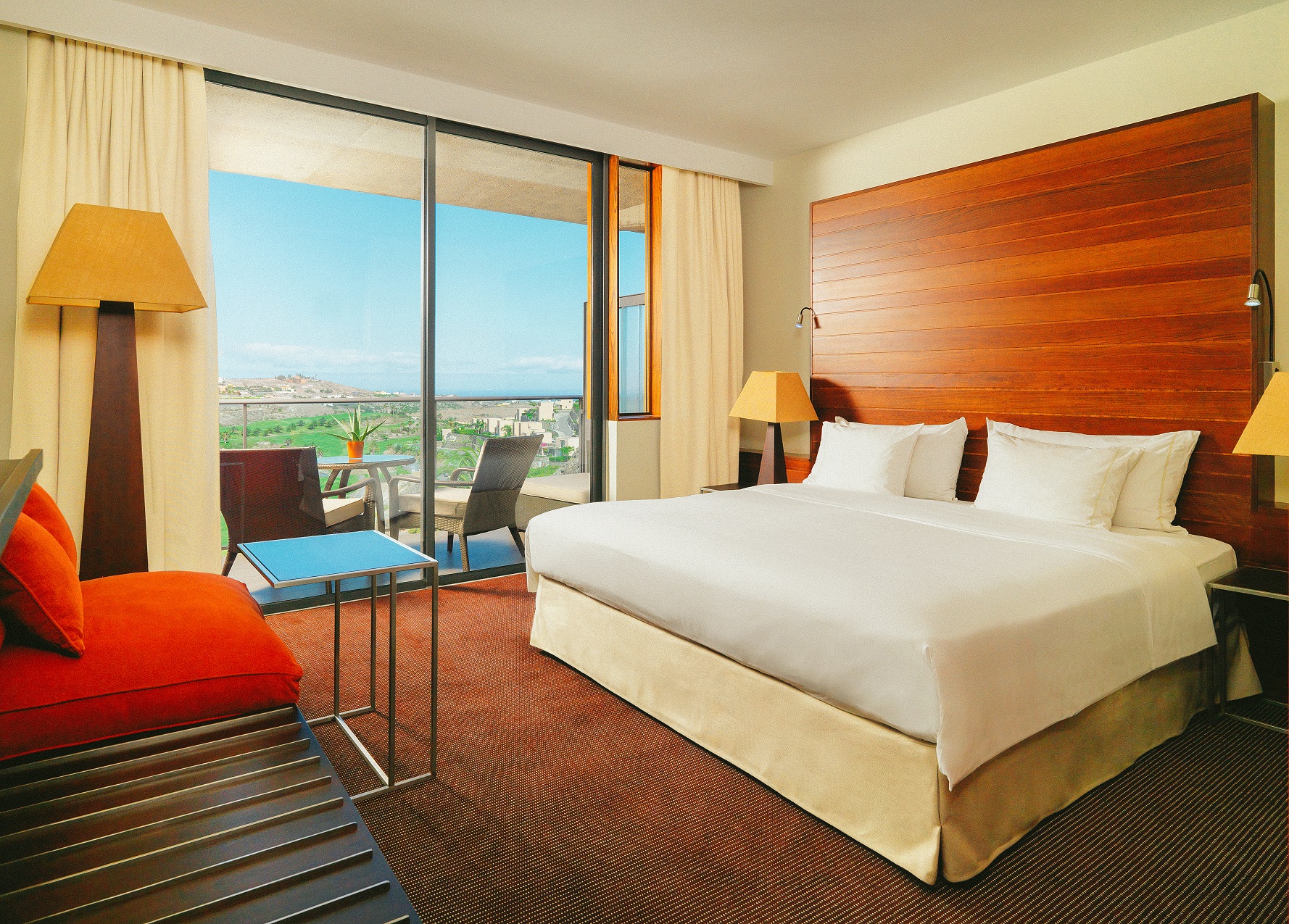 While it is almost exclusively known as a beach- holiday destination here in the UK, locals have a long cultural history and boast that the island is the best place after Cuba to get cigars and rum.

There are also plenty of archaeological sites featuring the cave dwellings and artwork of the aborigines — before the island was conquered by the medieval state, Crown of Castile — plus five centuries of Spanish architecture.

Those who can handle the heat (not me) can go hiking among the island’s striking volcanic mountains, among which is the highest peak in Spain.

Or take the easy option and instead get your evening meal cooked over a grill that uses heat from a dormant volcano to cook the food.

If ever a meal was perfect for sharing on social media, that’s it.

Just be aware that all your mates who took their annual holiday earlier in the ­summer will be watching through gritted teeth.

PRICES at the Salobre Hotel Resort And Serenity start at £220 per night.
The resort is part of the Gran Canaria Wellness Group.
For more details see ­grancanariawellness.com.

END_OF_DOCUMENT_TOKEN_TO_BE_REPLACED

END_OF_DOCUMENT_TOKEN_TO_BE_REPLACED
We and our partners use cookies on this site to improve our service, perform analytics, personalize advertising, measure advertising performance, and remember website preferences.Ok