Home » Travel » Country Star Morgan Wallen on Owning His Mistakes: 'I Should Have Been More Aware'

Country Star Morgan Wallen on Owning His Mistakes: 'I Should Have Been More Aware' 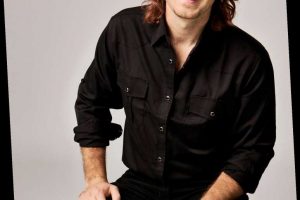 With his career now in the stratosphere, Morgan Wallen admits he's been learning a lot lately about stardom.

The lessons have been small, such as finding out he can no longer go to the supermarket without being swarmed by fans. And they've been seismic, such as getting booted from a coveted Saturday Night Live spot after online videos showed him defying COVID-19 protocols.

"I guess that's when I truly figured out that things are different now," Wallen tells PEOPLE about his very public wakeup call back in October. "That was the moment for me. I knew that I was becoming more and more popular, but I didn't realize it was to that extent."

If the 27-year-old east Tennessean needs any more proof, he has only to look at the smashing success of his just-released sophomore album, Dangerous. It debuted this week at the top of Billboard's all-genre album chart, bumping Taylor Swift's Evermore, and it's shattered the country streaming records set last year by Luke Combs (whom Wallen opened for on Combs' last tour). Now that Wallen is being resoundingly proclaimed country's newest superstar, he's coming to terms with the weight of that mantle. And that means readily admitting he was reaping the benefits of his fame the October night he kissed an assortment of young women at the University of Alabama — a romp that was famously recorded and posted on TikTok videos.

"It's fun," says Wallen, stating the obvious about what it's like to have women eager to kiss him. "I wouldn't do it if it wasn't fun. It's a high in a way. It's almost like I have access to a drug that a lot of people don't have access to. Honestly that's kind of what it feels like."

But Wallen soon discovered the harmful side-effects of that "drug" once the TikTok videos went viral. He was already in New York getting ready for his SNL appearance when he found out he'd been disinvited. He quickly posted a video on his socials to apologize to the show, his fans and his professional team. He also announced he would be retreating from the spotlight temporarily because "I think I have some growing up to do."

Today, he says, that month away from the public eye, which included a couple of weeks unplugged on a friend's Nashville-area farm, has given him a new perspective on the behavior that got him in trouble. He sees now it was irresponsible. "I had to take a step back and really look at when I took that turn," he says. "That's when I started realizing what the term 'superstar' meant. I mean, I get it. I understand that I offended some people, especially with everything going on in the world. I understand that."

RELATED: Morgan Wallen Says He 'Turned My Phone Off' and 'Cleared My Head' After SNL Controversy

"As for the lives he could have endangered by such intimate interactions during a pandemic, Wallen — who has never tested positive for COVID- 19 — is still a bit circumspect. "I'm not a malicious person, just kind of…." he trails off before adding, "I should have been more aware.'" Wallen says his self-reflection has also helped him gain clarity on how he was using his fame in the situation. He admits now to "getting caught up in that rush of just being 'The Guy.' I was like, man, am I basing my happiness off of that? Because I think I was, and that's scary, because that's not going to last." Going forward, he says, he's determined to wear his success with more discretion. "To whom much is given, much is required," Wallen says. "I mean, I was always taught that."

Last month, Wallen received his second chance on SNL, even scoring a skit that made fun of his Alabama antics as guest host Jason Bateman and cast member Bowen Yang played ghosts of Morgan Wallen-future, warning him that he was screwing up. No doubt the self-deprecating acting turn earned Wallen some "bygones" from his critics, as well as new fans.

The SNL saga may have left Wallen chastened, but he's also unbowed. He doesn't shy from the outlaw image evoked in his new album's title. "I'm not a malicious person," he says, but "I've not ever been the one to follow the rules as much as some people." He traces that rebelliousness back to being a preacher's kid growing up in tiny Sneedville, Tennessee, where "everybody pretty much knows what you do. They expect you to behave a certain way, and if you don't, they scold you. I absolutely hated that growing up, and I think a lot of my tendencies come from that."

Those tendencies also may have led him to another compromising situation last May, when he was arrested on charges of public intoxication and disorderly conduct after a night of carousing on Nashville's Lower Broadway. He issued a public apology, the charges were eventually dropped, and the episode ended up inspiring his album's title track, which actually warns about the perils of alcohol.

Wallen describes himself as "a little bit rowdy. I'm a little bit wild. It's just how I am." But he adds, "I like to think I'm kindhearted, so I don't beat myself up too hard for the things that I don't always do that I planned." His recent soul-searching, he says, helped him to see who he is "at the core," and "I figured out that I love that person. And really, the reason why people are gravitating toward you in the first place is because of that person."

With a career now in overdrive, Wallen says he is more committed than ever to set his compass toward authenticity, not celebrity. He's also champing at the bit to experience firsthand the popularity that's exploded during the pandemic.

"Performing means so much to me," he says. "I love to witness the impact that these songs can make. It's my favorite thing about what I get to do, so of course I miss it. Of course I crave it. I want it back really bad, but I'm just trying to be patient and learn." One thing his time off taught him is that he needs a refuge to help him stay grounded, so he's now looking to purchase his own farm. "I don't know exactly how much land, but I'd like to have some trails and also some fields, and hunt a little bit, maybe a pond to fish on," he says. During his retreat, he says, "I just really felt the power of that — of feeling a lot of peace that I hadn't felt in a long time. So obviously I'm going to have fun with a farm, but it's really just good for my health and for my sanity."

A rural home also can come in handy in other ways: keeping country's newest superstar that much closer to his roots. "I'm not gonna know what to sing about," Wallen says, "if I get too far removed!"

For more from Morgan Wallen, pick up the latest issue of PEOPLE, on newsstands everywhere Friday.