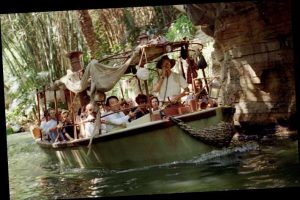 ‘It All Started with a Flag’ owner Mark Newman discusses his business on ‘Fox &amp; Friends.’

Disney is making a change for the better by updating the Jungle Cruise ride at its bicoastal theme parks, removing “negative depictions” of indigenous peoples. 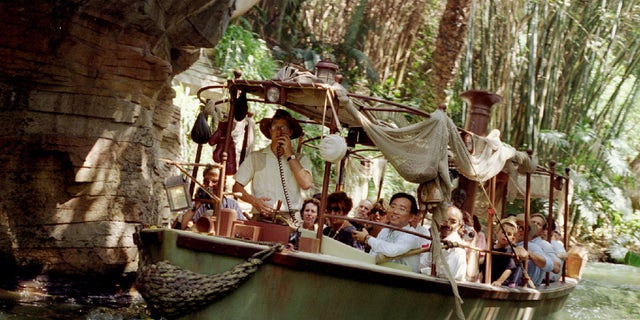 A photo of a tour group on the Jungle Cruise in Disneyland.
(Kari Rene Hall/Los Angeles Times via Getty Images)

The entertainment giant announced the news on Monday, explaining that the Jungle Cruise is being reimagined at both Disney World in Orlando, Fla. and the still-shuttered Disneyland Park in Anaheim, Calif. The original Jungle Cruise ride first opened at Disneyland in 1955, and has long been criticized as racially insensitive for its depiction of indigenous peoples. 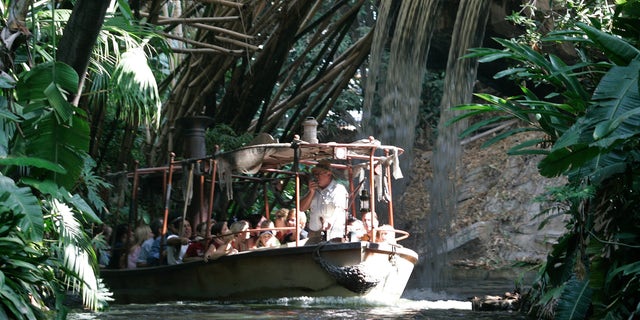 The Orange County Register reports that Imagineers will update the aquatic attraction’s scenes involving shrunken head dealer Trader Sam, and a rhino chasing a safari tour group up a tree.

According to the Los Angeles Times, Trader Sam is a “dark-skinned man today outfitted in straw tribal wear” who beckons that he’ll trade “two of his heads for one of yours.” Meanwhile, the current rhinoceros scene features a white traveler atop a tree trunk, as “native safari guides” cling “in a more perilous position.” 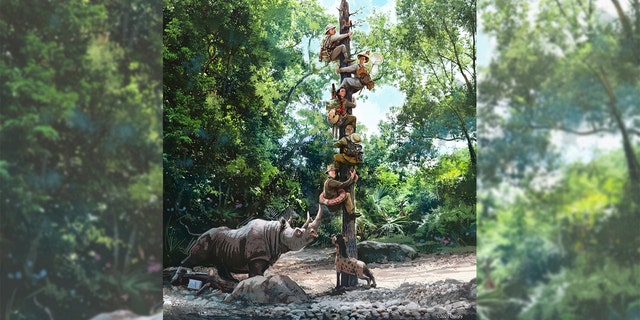 Another new scene in the works will feature monkeys on a sinking boat, according to an illustration shared by the Disney Parks Blog. 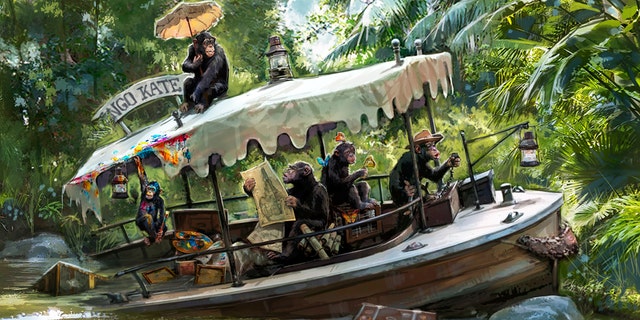 “We are constantly evaluating ways to enhance attractions and experiences in our parks. And when [guests] get off the attraction, they know that we have done our homework because these are the details that matter,” said Chris Beatty, Walt Disney Imagineering Creative Portfolio Executive, in a new interview with D23, the official Disney fan club.

“When you look at the Jungle Cruise, as it is today, there are just a couple of scenes that don’t do that and needed a refresh… It’s the Jungle Cruise you know and love, with the skippers still leading the way, and at the same time, we’re addressing the negative depictions of ‘natives.’”

“As Imagineers, it is our responsibility to ensure experiences we create and stories we share reflect the voices and perspectives of the world around us,” Smith said in a statement shared by the parks blog.

When reached by Fox News, a spokesperson for Disney declined to offer further comment. 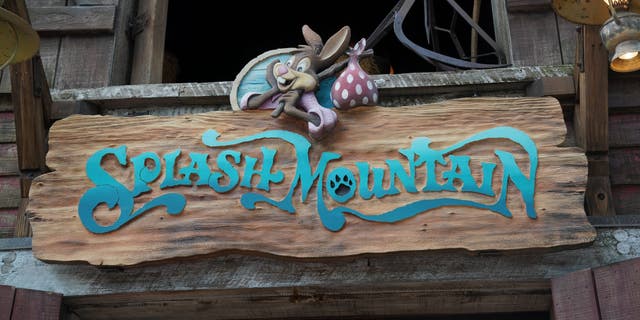 The "Splash Mountain" rides at Disney theme parks will be rebranded with "The Princess and the Frog," a film featuring the company’s first Black princess.
(Bryan R. Smith / AFP via Getty Images)

Over this summer, the company was praised for recasting its Splash Mountain ride — an attraction criticized for its connection to the 1946 film “Song of the South” — with a new “The Princess and the Frog” theme, based on the 2009 animated Disney film featuring a Black female lead.