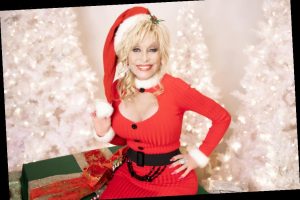 You're invited to a Dolly Parton holiday extravaganza!

On Wednesday, CBS Television Network announced that the country music legend, 74, will star in an hourlong entertainment special titled A Holly Dolly Christmas, set to air Sunday, Dec. 6, on CBS and CBS All Access. "I am so proud to be a part of the CBS family this holiday season with my new Christmas special," Parton said in a statement.

"When Dolly Parton calls and tells you she wants to do a Christmas show, you don't hesitate," added Jack Sussman, executive vice president of specials, music and live Events/alternative and reality for CBS. "A special with the multi-Grammy Award-winning, prolific songwriting, epic live performer of all time? She had us at hello."

"There's only one Dolly Parton, and we are so excited to be bringing her to viewers this holiday season," Sussman said.

According to a press release, the special will supply "much-needed joy and holiday cheer at the end of this challenging year" and will see Parton "performing from an intimate, candlelit set."

"Dolly brings both powerful, faith-ﬁlled hymns and light-hearted holiday classics to viewers, sharing personal Christmas stories and faith-based recollections of the season," reads the official description of the television event.

Parton is doing her best to ensure there's plenty of holiday spirit this season: Not only did the star debut her first Christmas album in 30 years last month, but is also rolling out a brand-new holiday movie musical on Netflix, Christmas on the Square, out Nov. 22.

Parton also recently launched her first line of baking and kitchen products with Williams Sonoma. "Sharing my families' Christmas traditions is a dream come true," Parton said of the collab. "My mama always made us feel loved by making us treats in our little mountain cabin around the holidays. Now I get to invite all my nieces and nephews and their kids for what we like to call 'cookie night.' "

"It's the perfect way to spend time with the special people on your Christmas list," she added.

END_OF_DOCUMENT_TOKEN_TO_BE_REPLACED

END_OF_DOCUMENT_TOKEN_TO_BE_REPLACED
We and our partners use cookies on this site to improve our service, perform analytics, personalize advertising, measure advertising performance, and remember website preferences.Ok