Enjoy clear waters, hot sun and a warm welcome on the green list island of Barbados 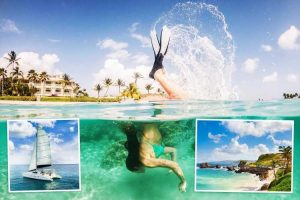 I MAY not have the vocals to get me past the first round on The X Factor, but I still made it to the judges’ houses.

Well, almost. I’m actually on a speedboat cruise along the west coast of Barbados, getting a picture-perfect view of Simon Cowell’s former villa.

The ten-bedroom clifftop property, Cove Spring House, played host to the TV and music mogul and his top contestants during the stage which sees them whisked off to glamorous destinations around the globe — unless you’re with Louis Walsh, in which case you end up in Dublin.

A 14-year-old Liam Payne performed there in 2008, before returning two years later to join boyband One Direction.

As well as appearing on our screens, the house also counts Prince Harry, Elton John and Tom Cruise among its guests.

Without setting foot on the exclusive estate, tucked between the unglamorous-sounding Holetown and Speightstown, you still get a real sense of the luxe Caribbean lifestyle.

I leapt from the boat and swam in the crystal-clear water below as I admired the mansion.

During the tour, boat driver Pompidou, from Yellowfin Watersports, also pointed out where Princess Margaret once stayed, the house Cilla Black frequented, and one that Cliff Richard calls home.

But thankfully you don’t need a pop star’s budget to enjoy the tropical island, which offers activities for everyone.

I was among the first British tourists to jet to the Caribbean hotspot after the ­Government upgraded it to the green list of countries requiring no quarantine on return. 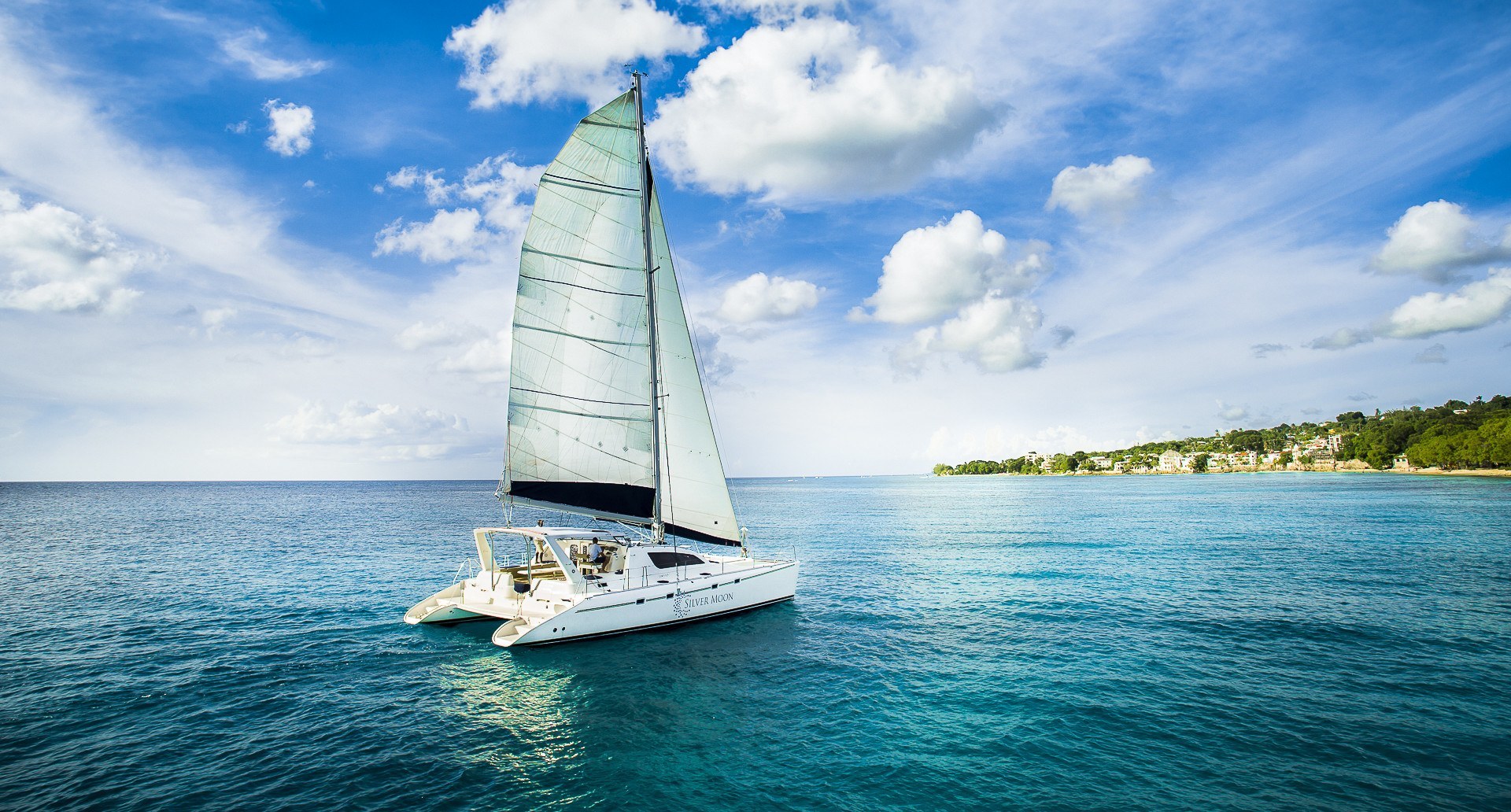 After waiting what felt like an eternity for a foreign holiday, I was keen to throw myself into every activity possible — as well as relax by the pool with a book.

And Barbados certainly offers activities galore. If admiring the homes of the rich and famous from the water isn’t how you want to spend your time off, then a trip to Bushy Park ­racing circuit might be more up your street.

I was quite literally following in the tracks of Lewis Hamilton and Jenson Button as I sped round the 2km circuit in the south-east corner of the island in a Radical SR3 ­racing car.

I was lucky enough to have professional racing driver and British F4 champion Zane Maloney behind the wheel.

The roar of the engine vibrated my seat as we did nought to 120mph in a matter of seconds.

Anyone over the age of 12 can take part, so it’s great for families looking for a thrill.

But after zooming round at breakneck speed, I slowed right down with a yoga class on the beach. I am no yogi, so thankfully Wolfpack Yoga caters for newbies as well as seasoned downward doggers.

Instructor John Yearwood even had me flying like a bird in an acrobatic segment of the class, with a stunning view of Paynes Bay. It was an unforgettable experience — and the perfect way to start my day after a jam-packed 12 hours the day before.

'THE MOST ENCHANTING PLACE ON EARTH'

At only £40 per couple it’s also a low-budget activity that still allows you to enjoy a peaceful view of the island.

Another place you can’t afford to miss if you’re after a slice of tranquillity is Hunte’s Gardens. The attraction describes itself as “the most enchanting place on Earth” and I’d have to agree.

I felt utterly relaxed as I wandered through the vibrant gardens in the grounds of an old sugar plantation to the sound of birdsong. Eccentric 79-year-old owner Anthony Hunte vows to personally greet everyone who visits, even handing visitors money with his own face printed on to spend in the café.

His home-made lemon-limeade topped with ginger syrup was absolutely delicious.

Anthony summed up my trip in a ­nutshell: “The most important thing about Barbados is that we have a compact, ­wonderful island with very friendly people.”

A visit to the island, which prides itself on being the birthplace of rum, wouldn’t be complete without a tasting or five.

The Rum Vault at The Colony Club — one of the premium hotels on the island’s west coast — offers a “Storied Rum Dinner” which pairs its delicious menu with rum cocktails.

I sampled seven local varieties, including the renowned Mount Gay Black Barrel and a 12-year-old Doorly’s.

I’m not a rum drinker, so I was sceptical, but I came out converted and a big fan of the Spiced Sorrel Rum Sour.

Away from fine dining, there are also 1,500 rum shops on the island — small, usually family-owned wooden shacks where locals sip the spirit from 10am.

And for more rum fun, St Lawrence Gap is the island’s party strip, with a row of lively bars serving rum punch. 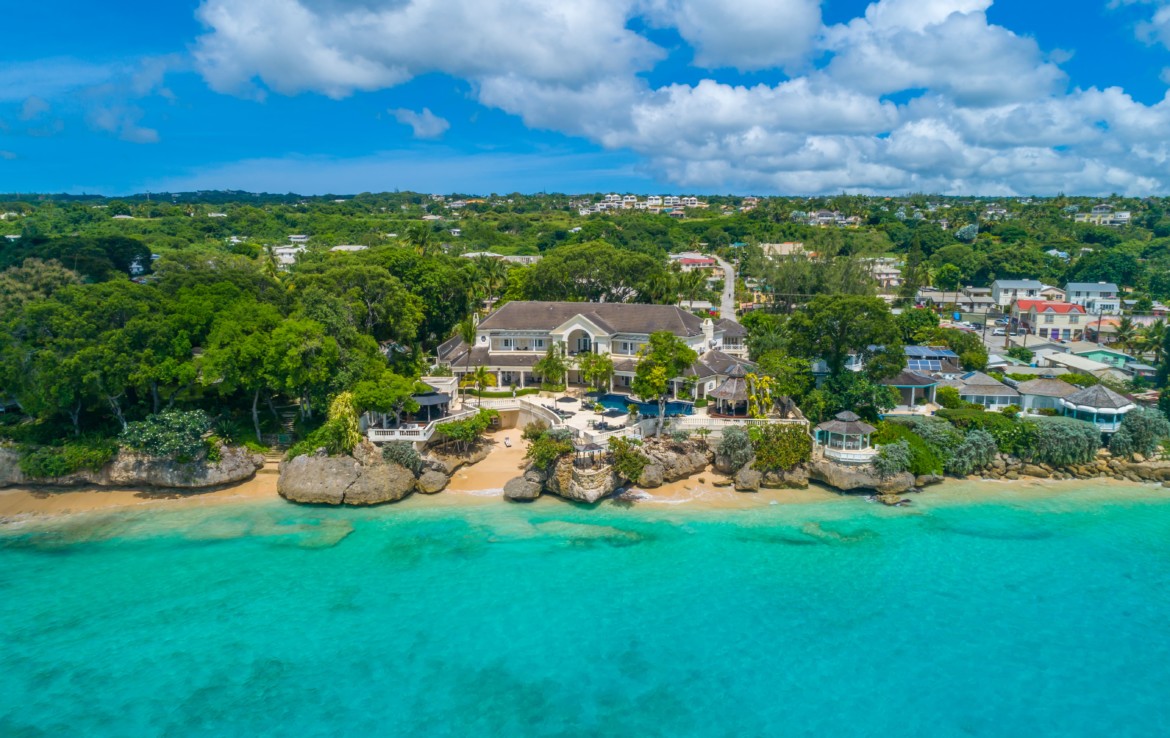 On the other side of the 21-mile-long isle is the village of Bathsheba, known for its wild Atlantic waters.

The area offers spectacular views of towering cliffs and the rugged coastline below, great for some striking snaps and to see a totally different side to the island. And you only need to head to the capital, Bridgetown, to see another, more familiar-looking side to Barbados.

My fabulous guide Dawn-Lisa Callender Smith, from The Characters Of Town ­walking tour, said the country is known as “Little England”, with Bridgetown an “old London” due to its tightly packed buildings and narrow streets.

And, according to Dawn-Lisa, many ­Barbadians feel “more British than the ­British”.

GETTING THERE: Virgin Atlantic flies direct to Barbados from Heathrow and Manchester with return fares from £485pp. Visit virginatlantic.com or call 0344 8747 747.

STAYING THERE: Rooms at The Colony Club are from £215 per night including breakfast. See marriott.com.

It is worth noting that June to November in Barbados — and the rest of the ­Caribbean — is rainy season. But showers are usually brief, and ­temperatures remain in the high 20s and low 30s.

Unfortunately, I managed to time my trip during the first hurricane in 60 years — but that was an experience in itself.

So if you’re wondering whether to book a trip to Barbados now Boris has given the OK, it’s a yes from me!