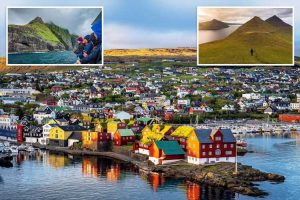 LANDING at the Faroe Islands’ tiny airport is certainly an experience – the runway is wedged between two jagged, rocky mountains that lead down to lush green grass.

There are no trees as the wind has blown them all down. There’s not a house, person or a sheep in sight. There’s silence, as if you’re almost at the end of the Earth. 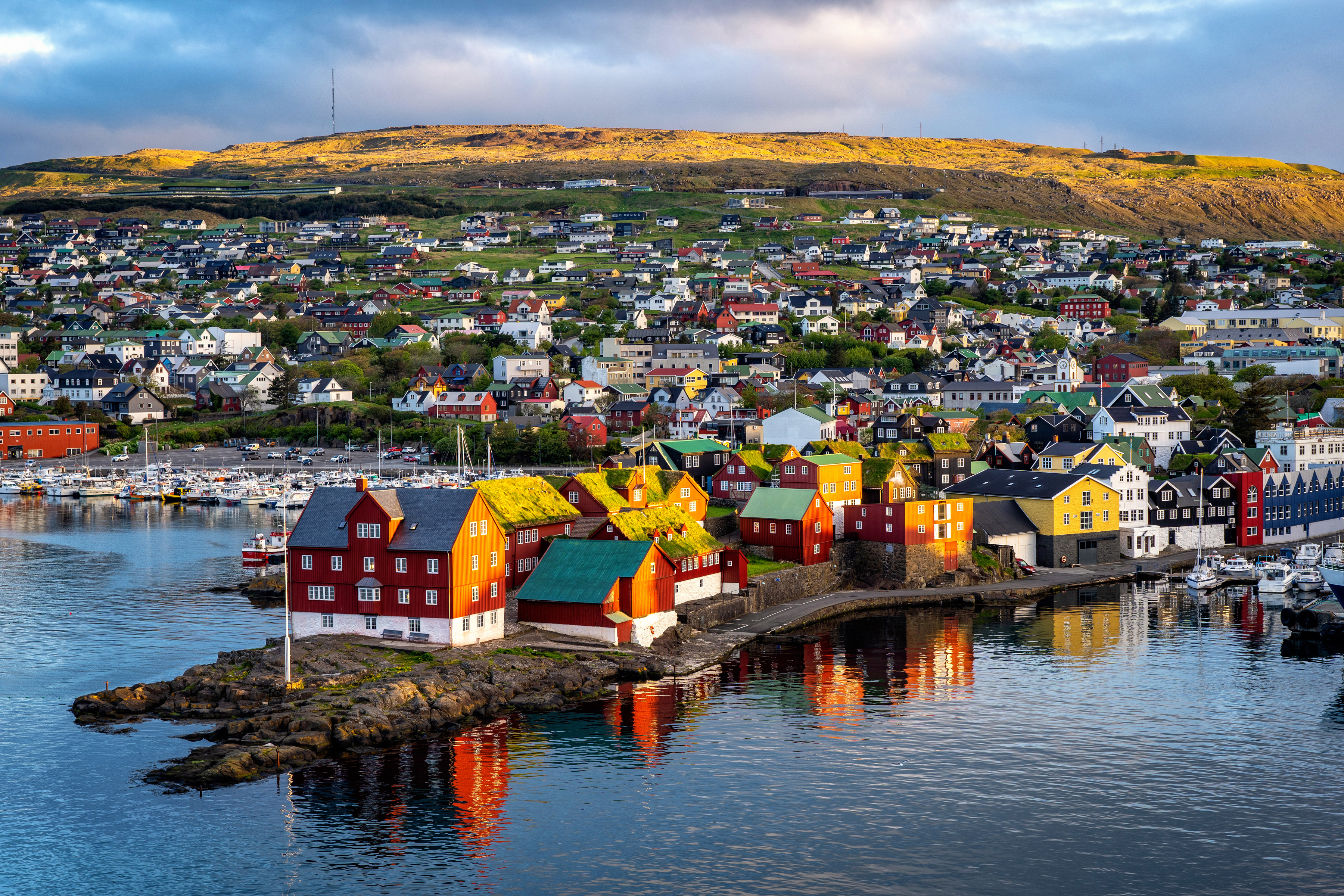 The tiny archipelago of volcanic rocks in the North Atlantic between Scotland and Iceland has just been added to the Government’s green list for foreign holidays and is welcoming vaccinated travellers. For a holiday here, think of the wilds of Scotland on steroids. With an astonishing 779 isles, including 18 main ones, most visitors hang out on the biggest, Streymoy, containing the charming capital Torshavn.

It’s essentially a little town with a handful of pretty houses, which in the Faroes invariably means black, brown, green, red and bright-blue wooden buildings, with roofs often turf-topped.

The Danish self-governed territory is ideal for a low-key weekend break this summer.

Get away from it all and savour the great outdoors — hiking, biking, diving, fishing, surfing and horse riding are all popular with visitors. It’s best to base yourself at Torshavn, where most of the hotels, hostels and guest houses are, as well as restaurants, bars, cafes and excursions.

Setting out from the capital, we negotiate narrow roads and some muddy obstacles before arriving at the town of Klaksvik. A not too demanding walk up a hill is rewarded with staggeringly beautiful panoramic views of deep-green mountains, violently vertical cliffs, crashing seas, nearby islands and a cluster of the brightly coloured Lego-like houses in the town below. 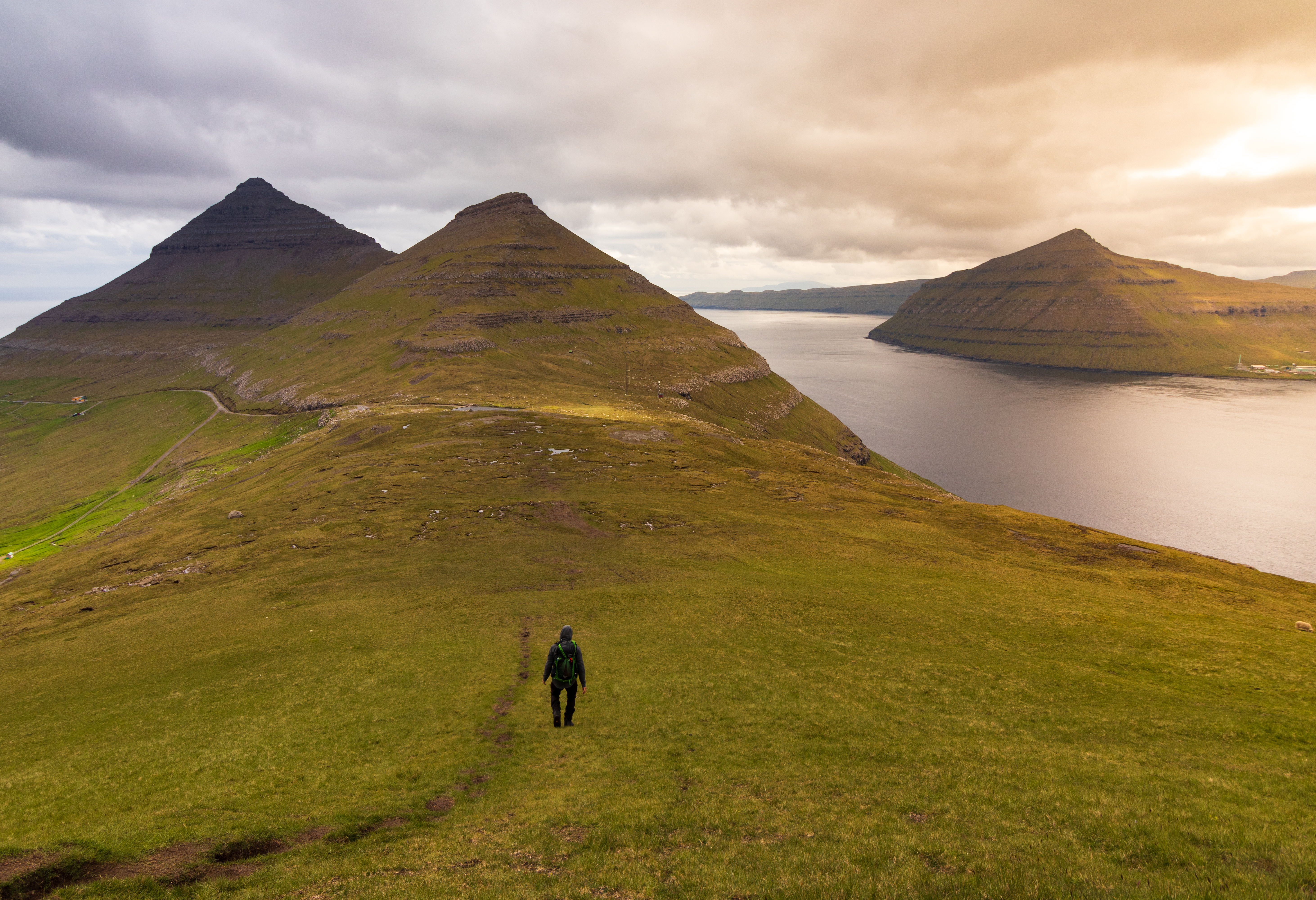 COVID: The Faroe Islands are on the UK green list. Vaccinated travellers, or those who have had coronavirus and recovered, will not need to quarantine but will need to take a PCR test on arrival, at a cost of £36. Children under 12 can take a test but are not required to have one.

GETTING THERE: Atlantic Airways relaunches flights from Edinburgh to Vagar, Streymoy, on July 1 with fares from ?X? (query in). See atlantic.fo.

STAYING THERE: The Hilton Garden Inn opened this year in Torshavn, with rooms from £124 per night next month. See hilton.com.

A good walk should always be rewarded with a pub, and fortunately Torshavn’s nightlife is surprisingly lively considering the Faroes’ miniscule 50,000 population — a bit smaller than that of Margate and dwarfed by the 70,000 sheep. Bars, such as Cafe Natur by the harbour, heave with banks of beards, skinny jeans and knitted fisherman jumpers — you’d be forgiven for mistaking this for an outpost of East London’s Shoreditch — and no one seems to go to bed early.

Probably because, during the summer months, it remains daylight well into the night. It’s pretty strange being in a bar and looking out to the bright sunlight, assuming it is mid- evening then finding it’s 3am.

You lose sense of time here.

There was virtually no restaurant scene on the Faroe Islands until little more than a decade ago, no doubt helped by the fact that a strong temperance movement meant it was illegal to serve alcohol in restaurants until 1992.

Now there’s food options at all budgets, from cafes, and pizza and burger restaurants, right up to the expensive but cosy candle-lit Aarstova restaurant. It is in an old wooden house near Torshavn’s harbour. There is also the outstanding double-Michelin-star Koks where you can sample such dishes as shaved horse mussel with cod or wind-dried lamb on fried lichen with cured reindeer.

With the excellent road network, and tunnels, causeways and ferries connecting some islands, car tours are easy. Helicopters are also common and subsidised by the government — a lifeline for inhabitants of the smaller islands. 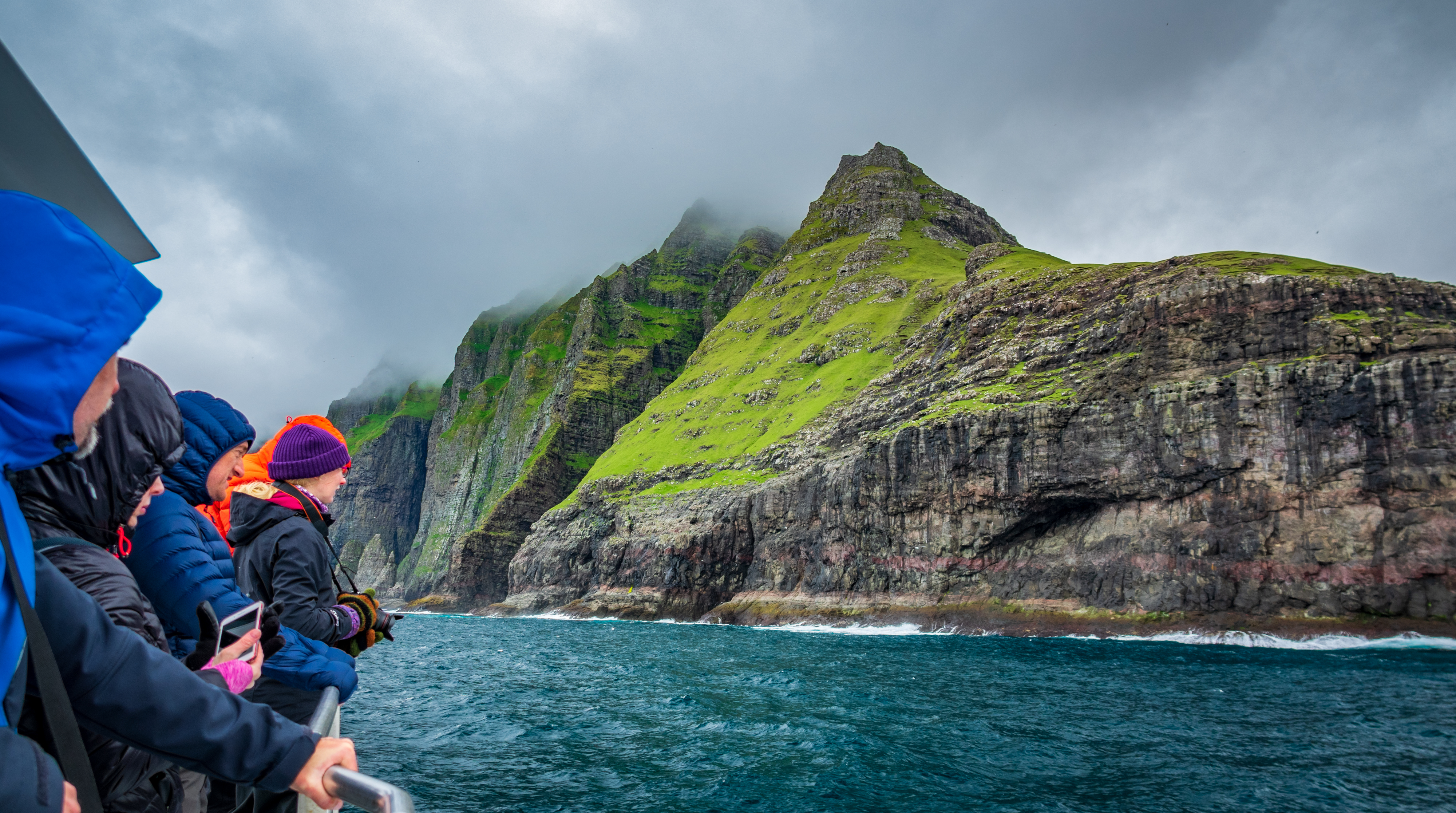 One Sunday, my party took a £25 helicopter ride to the island of Svinoy (population 31) to the east.

There’s precious little there — a small wooden building built in 1806, with a sign saying Dance House, a church, a little playground and a smattering of houses. But to meet people living in such stark circumstances is engrossing.

We take a boat trip to the north of Streymoy at Vestmanna, past colourful houses perched atop more lush, green hills. Sheep stand precariously on the edges of steep hills despite continually looking down at huge drops to the sea below.

I don’t think they got the memo on how gravity works. Apparently they hardly ever fall into the sea as their whole lives are spent in such conditions, and they soon adapt.

The hills become rockier and steeper, until they are 300-metre walls of grey with splashes of green. Fulmars — gull-like seabirds — swoop and glide past, and there are puffins, guillimots and Arctic terns.

It’s a birdwatchers’ paradise and twitchers flock during summer to glimpse the millions of migrating seabirds nesting here. I’m no birdwatcher but you become completely mesmerised at the birds gliding around the boat, colliding with the rocks, trying to get purchase on to a rock and, if failing, circling again.