Feel the magic of Christmas on board the Santa Steam Express 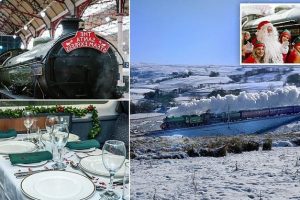 All aboard the Santa Express! This magical steam train ride makes for an unforgettable Christmas adventure for all the family

If you find yourself each year trying to recapture that feeling of Christmas wonder you experienced when young, but never quite succeeding, then a ride on the Santa Steam Express could be just the ticket.

You would certainly be hard-pressed to find a more nostalgic and festive day out – and your children might quite enjoy it too!

Run by The Steam Dreams Rail Co, which specialises in day trips and holidays travelling on steam trains across the UK and Europe, the festive service departs on three round trips a day from London Victoria on December 14, 16, 19 and 21. 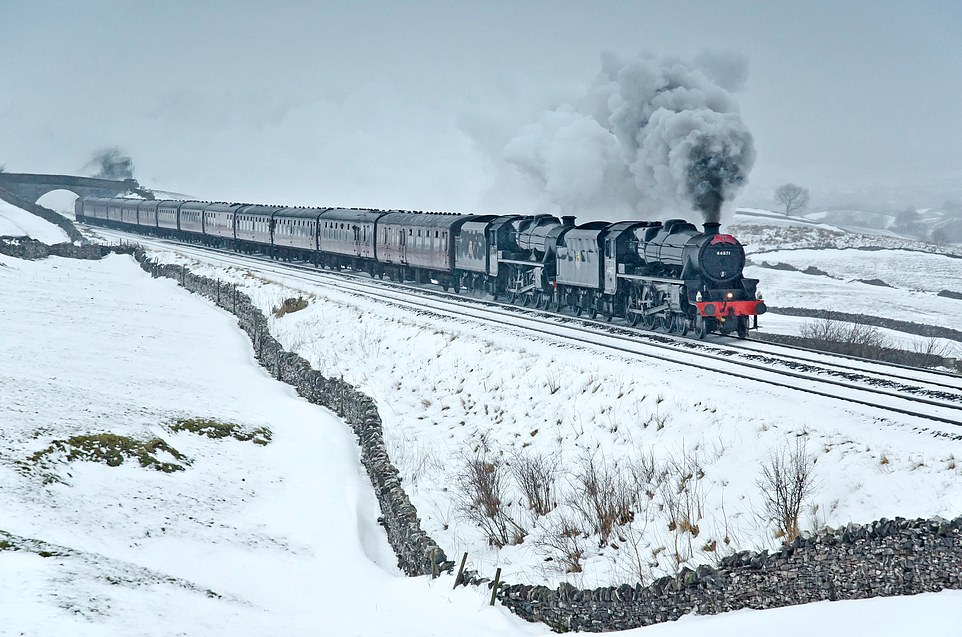 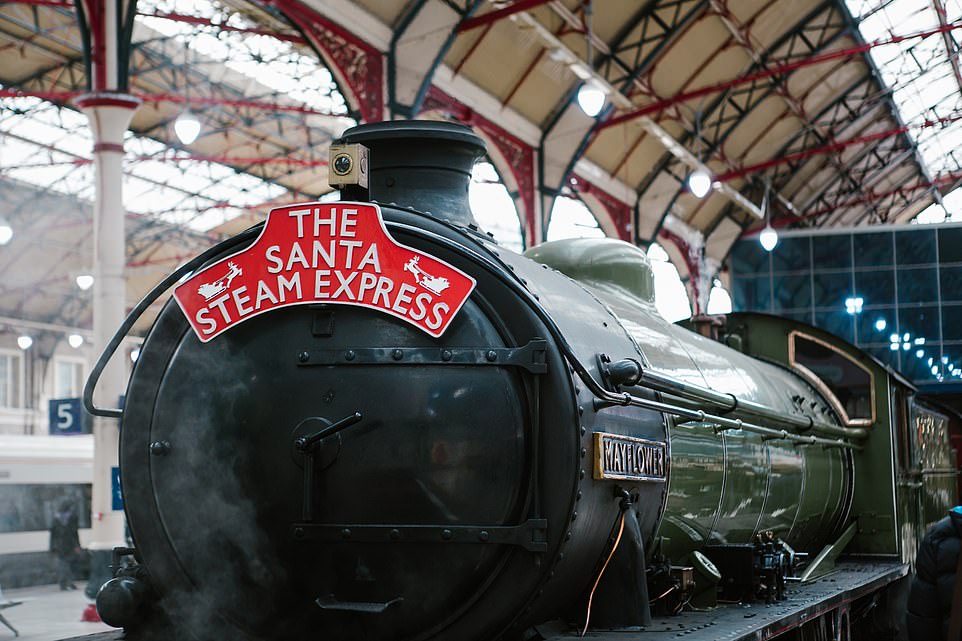 Our magical experience began before we had even set foot on the train. As we headed towards Victoria, waiting on the platform at Twickenham, our local station, the Santa Steam Express came whizzing past in a giant plume of smoke on its journey around South and West London.

It meant we were treated to the wonderful spectacle of the Mayflower steam locomotive in all its glory – pistons pumping and the beautiful wood-panelled carriages lit up with the soft glow of golden lamps. Most exciting of all for my daughter was a snatched sighting of Santa Claus, a blur of red and white, delivering presents to the children on board.

Then, on the journey up to Victoria Station, we shared our rather more prosaic South Western Railway carriage with two rail enthusiasts, both of whom were armed with cameras and plentiful anecdotes about earlier sightings of the historic locomotive.

Built in 1948, it’s one of two surviving B1 Class locomotives which carried passengers and freight across the UK until the 1960s. All this brought back fond memories of family holidays when my late father – who retrained as a train driver in his 50s – would take us on country rambles where we would find ourselves arriving at scenic railway bridges just in time to see a steam locomotive chugging by. 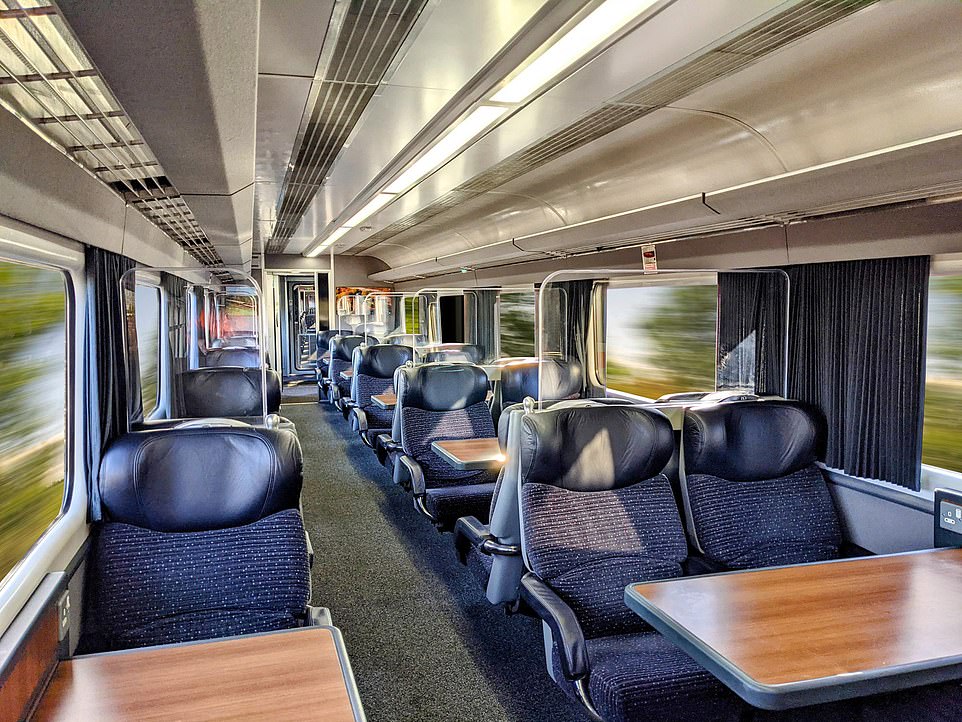 Eve travelled in the first class carriage (pictured), which was ‘super-cosy, with large, comfy seats’ 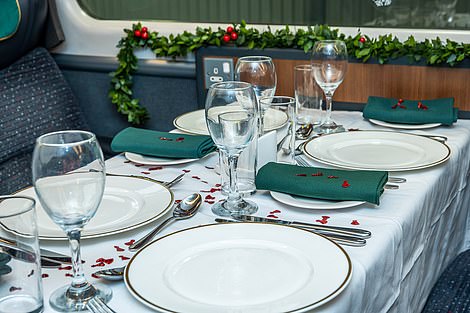 The tables were garlanded with Christmas decorations

I wonder how many future train drivers were among the line of families waiting to board the Santa Steam Express at Victoria?

The atmosphere was one of jovial excitement, with the engine driver and the rest of the crew relaxed and friendly as the passengers took it in turns to pose for photos in front of the handsome engine, decked in the striking apple-green livery of British Rail.

On board, our First Class carriage was super-cosy, with large, comfy seats set around tables for two or four, festive garland decorations and Christmas carols piping out. The addition of themed colouring activities for all the children meant the grown-ups could enjoy mulled wine and mince pies in peace. Standard Class tickets are slightly cheaper, but you’ll have to forgo the mulled wine for tea or coffee.

There were gasps of excitement as we pulled out of the station. 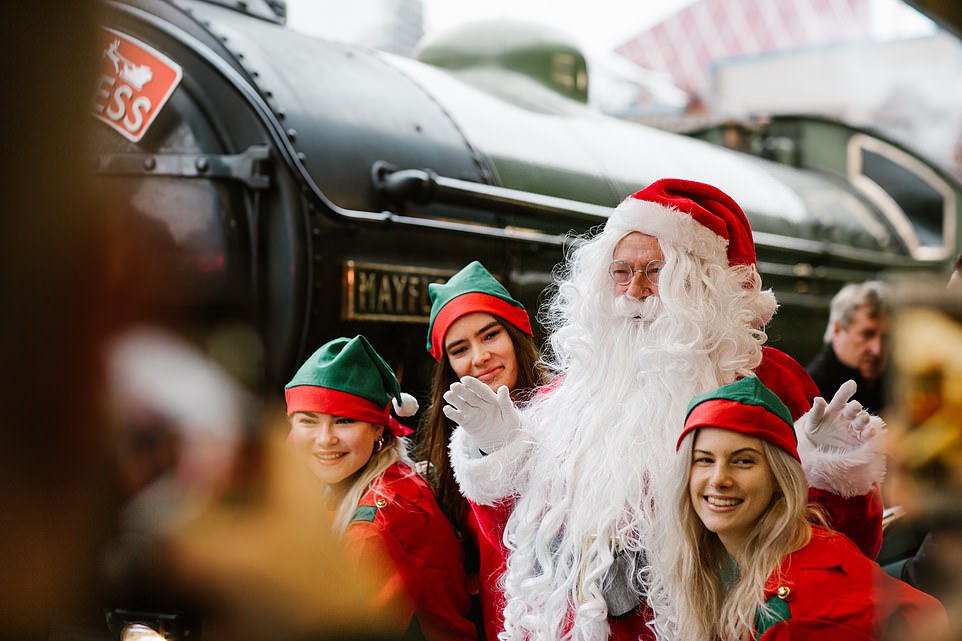 Santa Claus and his elves made their way through the carriages to hand out presents to youngsters, explains Eve (stock image) 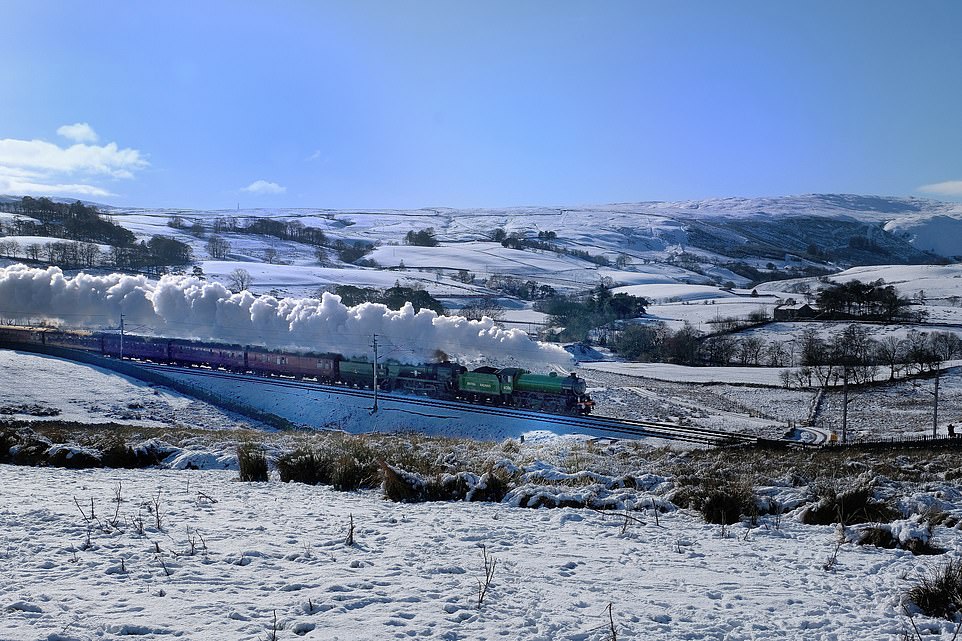 We headed over the River Thames at Grosvenor Bridge, past Battersea Power Station and on through the neighbourhoods of Barnes and Chiswick. It felt as if we were part of a Christmas movie as the children and grown-ups we passed along the way pointed in delight.

Santa Claus and his elves made their way slowly through the carriages, spending time at each table to chat to the youngsters and hand out presents. The round trip took one hour 15 minutes, which might be a bit too long for very young children, but at nine years old, my daughter was in her element.

Children only stay true believers in Christmas magic for a short blink-and-you’ll-miss-it moment. However, the memories of our Christmas trip on the Santa Steam Express will last for much longer.