Five Places to Visit in Montreal With Sugar Sammy

A superstar in Quebec with a growing global following — he recently sold out a four-month residency in Paris — the comedian Sugar Sammy relishes returning to Montreal after touring. “I love living here because it’s a big city, but not so big that you feel lost,” said the 43-year-old Montreal native who was born Samir Khuillar. “You can have a real life. And you can still find quiet, human moments.” Fluent — and funny — in English, French, Hindi and Punjabi, the performer has been conquering audiences around the world by riffing on politics. 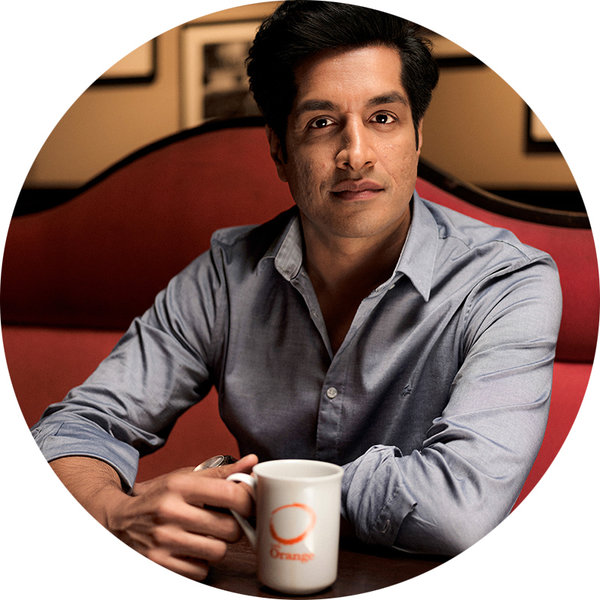 The son of Indian immigrants, he credits his border-crossing schtick to his upbringing here. “It’s the reason my comedy’s so international,” he said. “Everyone I knew growing up spoke at least three languages.” Sugar Sammy will tour France, Britain and Belgium this winter. Here, he shares five treasured Montreal spots.

The 470-acre, Frederick Law Olmsted-designed Mount Royal Park — named for the mountain it surrounds — is a verdant emblem of Montreal. “It’s an oasis and a jewel. It’s our version of Central Park, but better. There’s a lake, a chalet and a lookout with beautiful views. Whenever I’m home, I spend time with my parents there, walking and catching up. I also go there to just take a break, think, and clear my mind.”

While this upscale leather-goods label now has outposts in China, Japan and the United States, it maintains its original location in an airy storefront on hip Boulevard St..-Laurent. “It’s still Montreal-owned and Montreal-created, and the owners make sure the quality’s really good,” Sammy said. “For the stage, I asked them to make a jacket inspired by Elvis’s 1968 comeback TV special, but in a thinner leather so I don’t sweat. I still wear it.”

This tiny, bare-bones “neighborhood joint” in Montreal’s Gay Village “makes the best Portuguese chicken in the world,” according to Sammy. “It’s next to the Olympia theater, where I had a residency from 2012 to 2016. The security guys suggested I try it. Everyone I’ve sent there has thanked me for it. Jean, the owner, takes care and pride in his food. Portuguese chicken can be bland. For an Indian guy, this one satisfies my palate.”

This daytime-only eatery in affluent Notre-Dame-de-Grâce, the northwest neighborhood where Sugar Sammy now lives, “serves the best breakfast in the city, and the clientele is a cross-section of Montreal,” he said. “Jimmy, one of the owners, always has a point of view on what’s happening in the city. Every time we talk, I come up with 10 minutes of new material.” Sammy recommends the Tex-Mex omelet with egg whites, “with a Caesar salad on the side.”

The century-old grande dame of Montreal hotels remains a see-and-be-seen hot spot. “You could spend the entire day at the Ritz,” Sammy said. “Their spa downstairs is a great place to get pampered. The Maison Boulud restaurant has one of the best brunches in town on Sundays, and it’s even better in the summer — there’s a beautiful terrace and live music. They also throw the best parties during the Formula 1 Grand Prix every summer.” He said his significant other, the Canadian actress Nastassia Markiewicz, “claims I don’t need to impress her anymore, but I take her there to rack up Brownie points.”

52 PLACES AND MUCH, MUCH MORE Follow our 52 Places traveler, Sebastian Modak, on Instagram as he travels the world, and discover more Travel coverage by following us on Twitter and Facebook. And sign up for our Travel Dispatch newsletter: Each week you’ll receive tips on traveling smarter, stories on hot destinations and access to photos from all over the world.