Follow in the steps of literary giants in Somerset's Quantock Hills 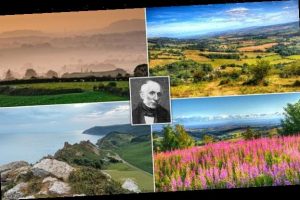 Pottering poetically: Following in the footsteps of our hike-loving literary giants in Somerset’s beautiful Quantock Hills and across Exmoor (via a few good pubs, of course)

The Romantic poets were hiking bores. But I didn’t realise the full extent of this until reading Adam Nicolson’s book, The Making Of Poetry, which focuses on the period Coleridge, the Wordsworths and their groupies spent galumphing around the Quantock Hills in Somerset in the 18th century.

These people were avid walkers.

Coleridge, in particular, would think nothing of schlepping 40 miles in a day, fuelled by bread, cheese and brandy. 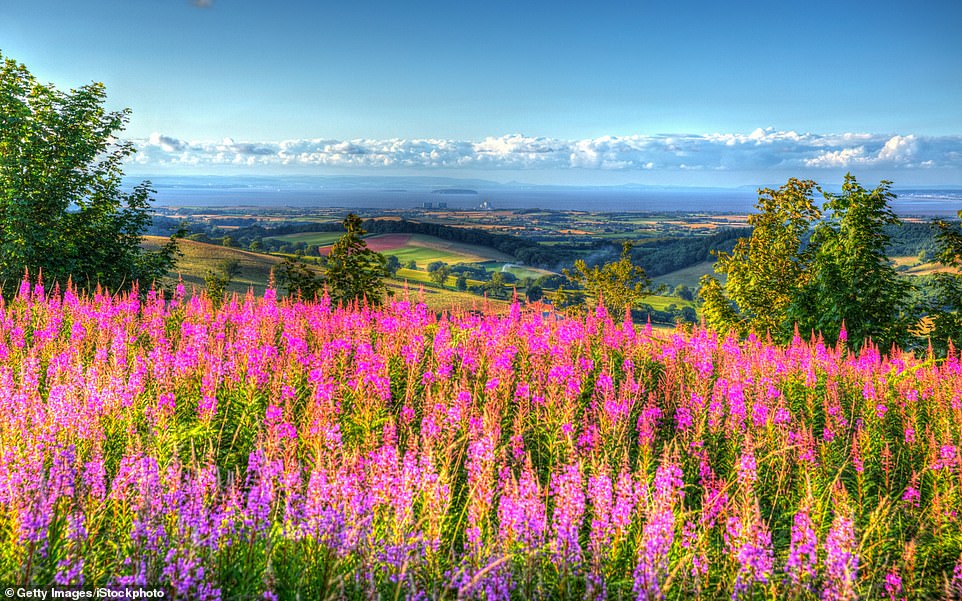 Vivid flowers scatter a hillside in the Quantocks, a magnificent area in rural Somerset 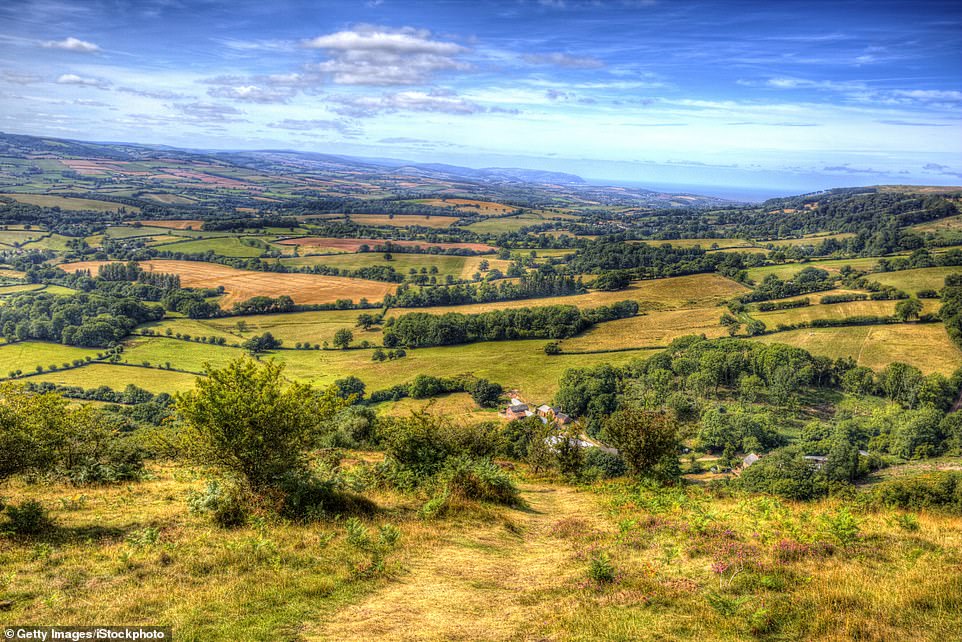 Nicolson’s book worked on us like a travel brochure. Here was the chance for some literary history with light exercise, washed down with plenty of ale.

The route isn’t based on any specific walk. Instead, the 51-mile trek is designed to take in as much scenery as possible, starting in Nether Stowey and winding west before turning north and along the shore, finishing at Lynmouth in Devon.

There are three and five-day options, but four is the most common, and manageable for two unfit men in their 30s.

You see a lot of countryside in 51 miles. Coming out of the Quantocks and up onto Exmoor, we passed over moor and heath fading to copper and russet, and through woods where the path was mosaicked in acorns. 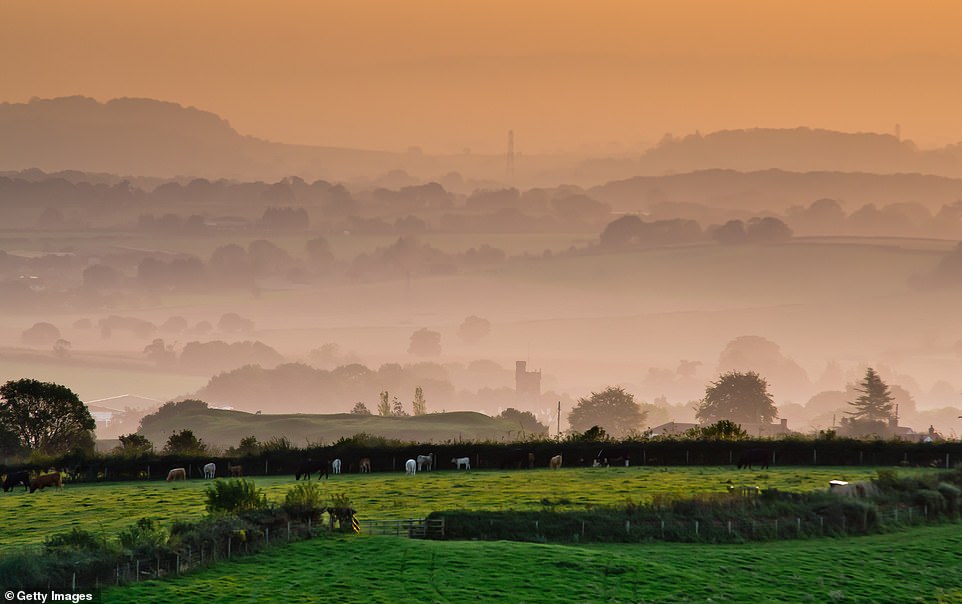 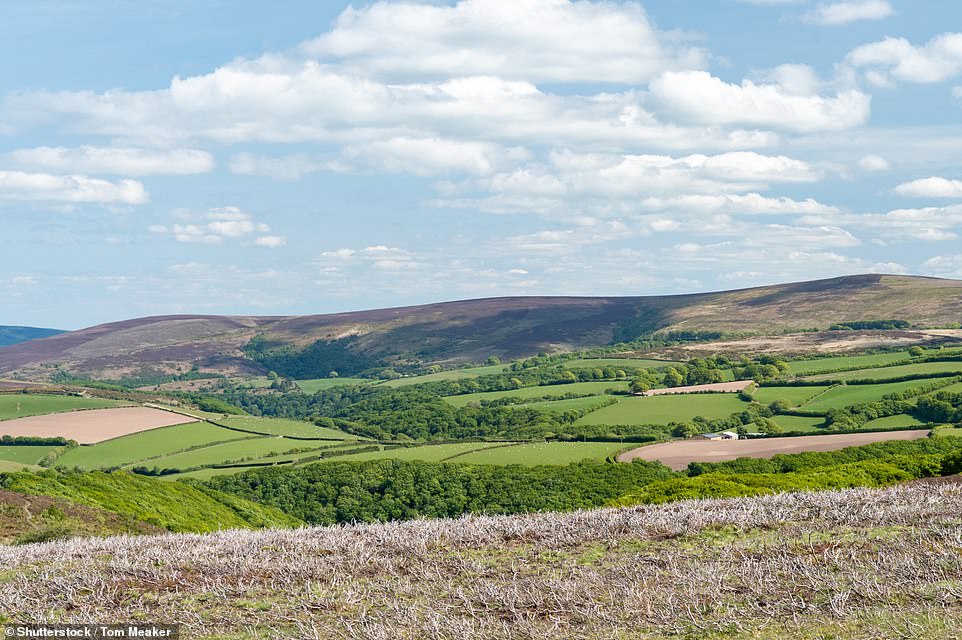 The view from Porlock, which is close to Ash Farm. It was here that Coleridge wrote Kubla Khan 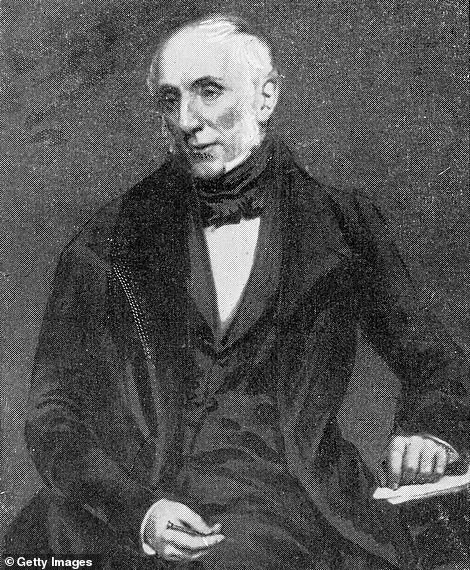 A  portrait of William Wordsworth, who lived at Alfoxton in the Quantock Hills

In a letter describing her life in Somerset, Dorothy Wordsworth, the poet’s sister, wrote ‘There is everything here: sea, woods wild as fancy ever painted, brooks clear and pebbly … the great beauty of which is their wild simplicity.’

She forgot to mention that there are plenty of good pubs on the way, too, especially The Notley Arms, at Monksilver, run by a former prison governor.

If you set out early enough from London, you could get to Nether Stowey and be walking on day one by 9am, but we stayed the night before with Ian Pearson, a former lawyer who quit the City 20 years ago to open a bed and breakfast.

He walked the first day with us, pointing out sites of interest, not all of which were Romantic. There was Big Carl, the world’s largest crane, looming over the building site at Hinkley Point. And the silk mill where Bryan Adams recorded the video for Everything I Do.

Equally, you don’t need a PhD in the Romantics to appreciate the combe where Dorothy wrote her diary, or the splendour of the Wordsworths’ house at Alfoxton.

Of all the sights on the Coleridge Way, however, it is Ash Farm, between Porlock and Lynmouth, that lingers in the memory. It was here that Coleridge wrote Kubla Khan.

We reached it on the fourth morning, and stopped to take in the scenery. I thought about reciting a bit, then thought better of it.

Instead, we set off on the final leg to Lynmouth, about five miles, meandering with a mazy motion. 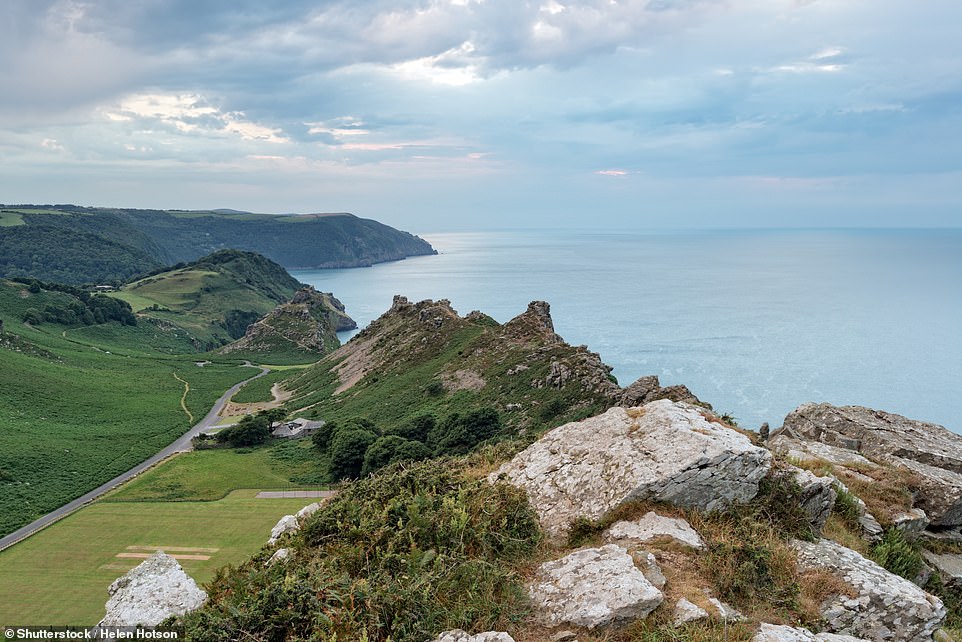 Ed finished his trek in Lynmouth, pictured, located on the north coast of Devon

END_OF_DOCUMENT_TOKEN_TO_BE_REPLACED

END_OF_DOCUMENT_TOKEN_TO_BE_REPLACED
We and our partners use cookies on this site to improve our service, perform analytics, personalize advertising, measure advertising performance, and remember website preferences.Ok