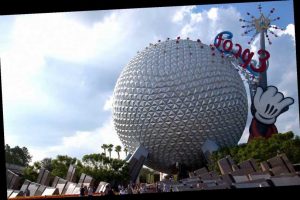 A Georgia woman was allegedly found to be hiding two guns and marijuana in a diaper bag while visiting the Epcot theme park Walt Disney World in Orlando.

Yunique Smith, 27, was arrested July 18 on misdemeanor counts of carrying a concealed weapon and possession of less than 20 grams of marijuana, according to court records.

At the time of her arrest, Smith was going through the security line at Epcot with an adult man, their 7-month-old daughter and her 7-year-old son when a security guard allegedly saw a 9mm handgun, as well as a plastic bag containing the drugs. Security then called Orange County deputy sheriffs to the scene, the Orlando Sentinel reports.

The adult man wanted to change their infant daughter, “but since the firearm and the cannabis was still inside of the bag, I searched the diaper bag for additional illegal items,” one of the deputies wrote in an arrest report acquired by the outlet.

Following the additional search, the deputy allegedly discovered a second weapon — a .45 caliber handgun — on the bottom of the diaper bag.

Smith, who is from Stone Mountain, Georgia, was released from Orange County Jail on July 20 and awaits arraignment on August 19, according to court records obtained by the Sentinel.

Disney did not respond to requests for comment, but park rules state that no weapons are allowed in the parks or at its resort hotels.

The incident came just one week after Disney World began reopening to the public after a four-month closure due to the ongoing coronavirus pandemic. The Magic Kingdom and Animal Kingdom parks opened on July 11, while Epcot and Hollywood Studios started welcoming visitors on July 15, despite surging cases in the state.