Home » Travel » Hal Ketchum Dies at 67 from Complications of Dementia: 'May His Music Live on Forever,' Says Wife

Hal Ketchum Dies at 67 from Complications of Dementia: 'May His Music Live on Forever,' Says Wife 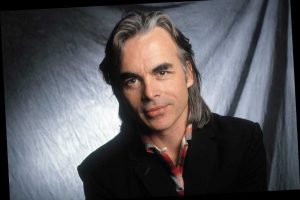 Hal Ketchum has died at age 67 after battling Alzheimer's disease and dementia.

Andrea, wife of the country singer, who's known for songs like "Small Town Saturday Night" and "Past the Point of Rescue," announced his death on Facebook Tuesday. "With great sadness and grief we announce that Hal passed away peacefully last night at home due to complications of dementia," she wrote in a statement.

"May his music live on forever in your hearts and bring you peace," added Andrea.

In April 2019, Andrea revealed that Ketchum had been diagnosed with Alzheimer's disease and dementia and that he would be retiring from his performing career. "I know everyone is wondering why there are no future tour dates, and speculations as to the reason. Our family would like to share the cause for this," Andrea said at the time.

"Unfortunately, Hal is suffering from Alzheimer's/dementia. He has been battling this for some time now, but because of his love for his fans, he continued performing as long as it was possible," Andrea added. At the time, Andrea called dementia "an exhausting and confusing illness" and said that it was time for her husband to "stay home with loved ones."

"Hal is otherwise healthy and happy, enjoying time with his family and friends. We all deeply appreciate how much love that you all have for Hal and how much his music means to you!" she said in the April 2019 update.

Ketchum was born in Greenwich, New York, and went on to be inducted as a member of the Grand Ole Opry in January 1994. According to his Opry bio, the artist began playing drums at 15 before switching to guitar. Additionally, he "spent nearly 20 years as a carpenter and furniture builder before getting his break in the music business," and he was a painter.

END_OF_DOCUMENT_TOKEN_TO_BE_REPLACED

END_OF_DOCUMENT_TOKEN_TO_BE_REPLACED
We and our partners use cookies on this site to improve our service, perform analytics, personalize advertising, measure advertising performance, and remember website preferences.Ok