Home » Travel » Here's what really happens to your lost luggage

Here's what really happens to your lost luggage 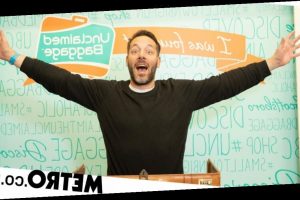 It’s the fear that flits across everyone’s mind when they reach baggage reclaim: ‘Where’s my bag?’

For thousands of US-bound holidaymakers each year, the answer to that last question is: Alabama.

Because here, in the tiny town of Scottsboro, is where truly lost bags resurface; it’s home to the Unclaimed Baggage Center – a megastore of misplaced possessions, gleaned from tens of thousands of suitcases, rucksacks and wheelie bags, all lost on commercial flights across the US.

‘Less than half a per cent of all lost luggage fails to make it back to its owners, but that’s still thousands of bags every year – and the vast majority of those make their way here,’ says Brenda Cantrell, the store’s brand ambassador.

‘We have exclusive contracts with all the major US carriers, making us the only store of this kind anywhere in the country.’

Legally, airlines have a duty to reunite bags with their owners within 90 days, but if that fails, the luggage ends up headed for Scottsboro, in the hilly countryside near the Tennessee border.

So frequent are these deliveries that the Unclaimed Baggage Center has around one million items on sale at any time, with 7,000 new items added to the shop floor every day.

The place itself – a colossal 40,000 square feet in size – feels more like a swanky department store than a musty charity shop, with items neatly grouped into sections: electronics, books, jewellery, watches, even wedding attire.

But it’s not just ‘normal’ items that staff unearth every day. Some of their finds have been genuinely bizarre and include a complete suit of armour, an Egyptian death mask and an entire bag full of cheese.

Cantrell’s personal favourite, she says, is a toss-up between a camera from the Space Shuttle (‘we returned it to Nasa – they were very grateful’) and a live rattlesnake (‘we released that sucker into the graveyard behind the store’).

During my visit, I’m shown a diamond bracelet worth £30,000 but that’s small fry compared with the store’s record: a £50,000 Rolex watch found and sold a few years ago.

There are incredible bargains to be had across the board: one customer purchased a vase for £65, only to discover it was actually worth £15,000. Another bought a piece of art for £45, which they then sold on for £20,000.

The Unclaimed Baggage Center has come a long way since being founded by local entrepreneur Doyle Owens in 1970. Now it’s not only a successful business but also one of the most popular tourist attractions in the Deep South, attracting more than a million visitors a year.

Not everything makes the shelves, of course. There are strict quality guidelines and roughly a third of everything is immediately binned – including all underwear.

Another third goes to charity, with only the final third considered good enough to be processed, cleaned and sold – at anywhere from 20 to 80 per cent of its original price. Electronics (the store boasts an enormous selection of laptops, mobile phones and tablets) are wiped and reset before sale.

There is, of course, a dark underbelly to lost luggage too. Over the years, staff have discovered pretty much every drug under the sun, from sizeable stashes of crystal meth and heroin to monster hauls of cocaine worthy of Tony Montana.

‘That’s when we get straight on the phone to the cops,’ says Cantrell. ‘Nobody tends to go back and try to claim a lost suitcase when they know it’s full of drugs so inevitably those bags end up here.’

Before leaving, I have time for my own swift bargain hunt and strike gold straight away: a brand-new Hugo Boss dinner jacket that fits like a glove for just £40 – less than a tenth of what it should cost. Eat your heart out, David Gandy.

There is, however, a downside to all this. Cantrell and her colleagues now have a genuine fear of checking in their own luggage when they travel.

‘When I fly, I photograph everything, create a detailed list of contents and add my address to every pocket, just in case,’ she reveals. ‘Although at least I know where it’ll end up if it gets lost.’

Some of the weirdest items left behind

The Unclaimed Baggage Center once received a ‘terrible-smelling’ bear pelt packed in salt. Hunters and taxidermists salt animal pelts to preserve them but there are specific methods they must follow to do this successfully.

It can take almost two weeks to cure an animal hide so it’s possible this bear pelt had not been completely cured before it was lost in transit.

Camera from the space shuttle

A modified Nikon F camera from Nasa’s Space Shuttle programme is an item that the store deems one of its ‘out of this world’ finds.

Designed in the late 1980s, this model was one of the earliest iterations of the digital camera and only three were ever made. Because of its rarity, the company sent the camera back to Nasa.

The centre has received several shrunken heads over the years, including one that served as decoration on a medicine-man stick.

They’re unsure where this bizarre item came from but note: ‘Headhunting has been documented only in the Amazon rainforest’s north-western region (Ecuador and Peru). Tribes… have been known to shrink and collect human heads.’

One of the best-known finds was a four-foot goblin puppet known as Hoggle, a key character from the Jim Henson fantasy film Labyrinth. The character arrived at Unclaimed Baggage in poor condition.

He was ‘lovingly restored’ by doll artist Gary Sowatzka and now resides in the store’s entrance, where he greets thousands of guests every year.

Find out more about the Unclaimed Baggage Center here.

Get in touch by emailing [email protected]uk.

END_OF_DOCUMENT_TOKEN_TO_BE_REPLACED

END_OF_DOCUMENT_TOKEN_TO_BE_REPLACED
We and our partners use cookies on this site to improve our service, perform analytics, personalize advertising, measure advertising performance, and remember website preferences.Ok