Home » Travel » Hotels that have the best views in the world

Hotels that have the best views in the world 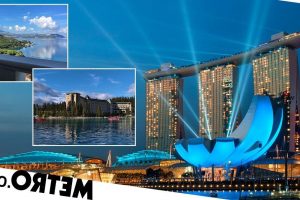 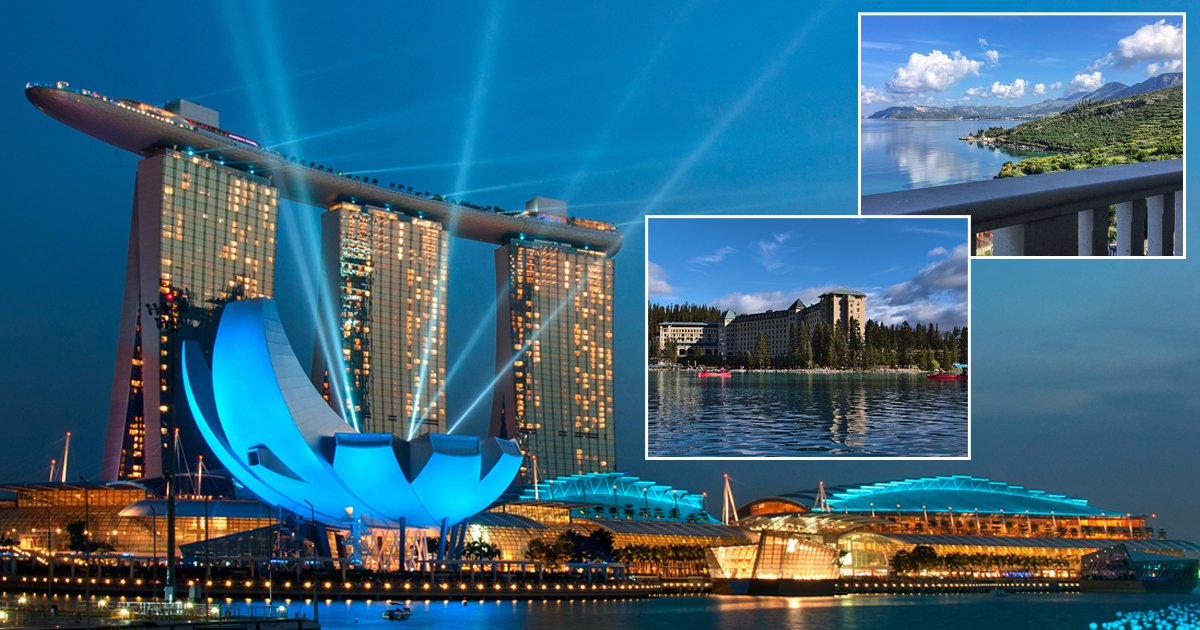 When you’re travelling, nothing quite beats a room with a view.

Being able to gaze out at something truly spectacular after a long day of holidaying could really elevate the hotel from a decent place to sleep to a highlight in its own right.

We all have a different checklist of what we look for in hotels: privacy, a convenient location, price, a comfy bed and how many fancy freebies you’ll get are all up there. Now, if a gorgeous window view trumps all of these, there’s good reason.

It’s well established that immersing ourselves in nature reduces stress, boosts energy and creativity – and even looking ta it can bring those positive effects.

Research has also found that lakes, mountains, and villages can make you feel healthier, but even cityscapes can evoke feelings of ‘pride or awe that we as humans are able to create such enormous structures,’ according to the University of Vienna’s Michael Forster.

Sold?  Well the next step is choosing where to go. Don’t worry, because the people at HawaiianIslands.com have ranked the very best hotel views for you.

To put the list together, they analysed thousands of TripAdvisor reviews from around the world to find the hotels most commonly noted for their ‘beautiful view’.

This family-friendly all-inclusive luxury resort isn’t going to suit everyone, but it is nestled on a private beach with insane views of the Pacific Ocean, so maybe you can overlook the whole golf resort thing.

One reviewer coasted that they ‘were able to watch whales playing off the shore near the resort, while ‘the flowers and trees are beautiful, especially the hibiscus!’

Second place is given to the Wynn Las Vegas.

This five-star North American resort couldn’t be more different to the idyllic private beach vibes, as you’ll be hit with the bright lights of the Vegas Strip it sits on.

It also doubles as a casino (obviously), and treats guests to fine dining and a spa.

There’s more greenery outside the hotel than you may have expected, too.

Prefer somewhere in nature? Head to the Fairmont Chateau in Lake Louise, Canada. Nothing says ‘UNESCO World Heritage Site’ like the emerald waters of Lake Louise and the towering Rocky Mountains that surround it.

Seriously, this hotel sits slap bang in the middle of Alberta’s Banff National Park, and it is amazing.

Want to unwind in a tropical paradise with your SO? Coming up next is the Sandals Regency La Toc in Saint Lucia.

This posh resort is for adults only, if screaming kids aren’t your thing. Coming in at a whopping 220-acres, this estate spans half a mile of crescent-shaped beach.

According to reviews, only some rooms have a view, though.

Two hotels in Asia make this list. The first is Marina Bay Sands in Singapore.

If you want to enjoy the views here, you’ll pay for it: ​​rooms cost anywhere from $350 to several thousands of dollars.

This hotel is infamous for transforming Singapore’s skyline with three 55-Story skyscrapers.

As if that wasn’t enough, it boasts the world’s largest rooftop infinity pool, no less than 20 dining options and a whole casino.

For that price, you would spend plenty of time enjoying the impressive city scape views from the pool.

More of a jungle lover? Tulemar Bungalows & Villas in Costa Rica could be for you.

The gated 33-acre jungle resort is perched on the hillside overlooking the Pacific.

Book yourself into on the of the octagon-shaped bungalows for panoramic views of the coast.

Next on the list is Amari Phuket in Thailand which (we are sensing a theme here) is a private beach resort.

This one is perched on a hill, giving you impressive views of Patong Beach and the sparkling sea beyond, which you can snorkle in if that floats your boat.

Three hotels from Europe make the list, and they make up the final three. The first is the Rome Cavalieri in Italy, with views that have been described as ‘breathtaking’.

Rooms come with panoramic views of the Eternal City and St. Peter’s Dome, while the hotel itself is built in 15 acres of lush Mediterranean park.

This stunning five-star resort rises out of the coastal pine forest off the crystal clear Adriatic coast.

On one side, the waterfront hotel offers beautiful views of Cavtat Bay, on the other, you can enjoy the sparkling lights of medieval Dubrovnik just across the water.

Finishing off the top ten is the Hilton Budapest. Set on a hill in the Castle District, this upmarket hotel was once a 13th-century church.

It still has its beautiful baroque facade and overlooks the Danube river.

Visitors will also get sweeping views of the Fisherman’s Bastion and spires of Matthias Church.