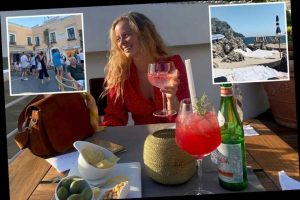 AS EUROPE reopens for Brits to head on holidays, Italy has readied itself for a "new normal" of tourism – complete with face masks in hotels, temperature checks at restaurants and hotels, and hand sanitiser at every step.

Faced with spending a week of holiday in my flat, I decided to take a chance and see if I could wangle myself a deal to spend a week in the sun in Capri, off Italy's Amalfi Coast. 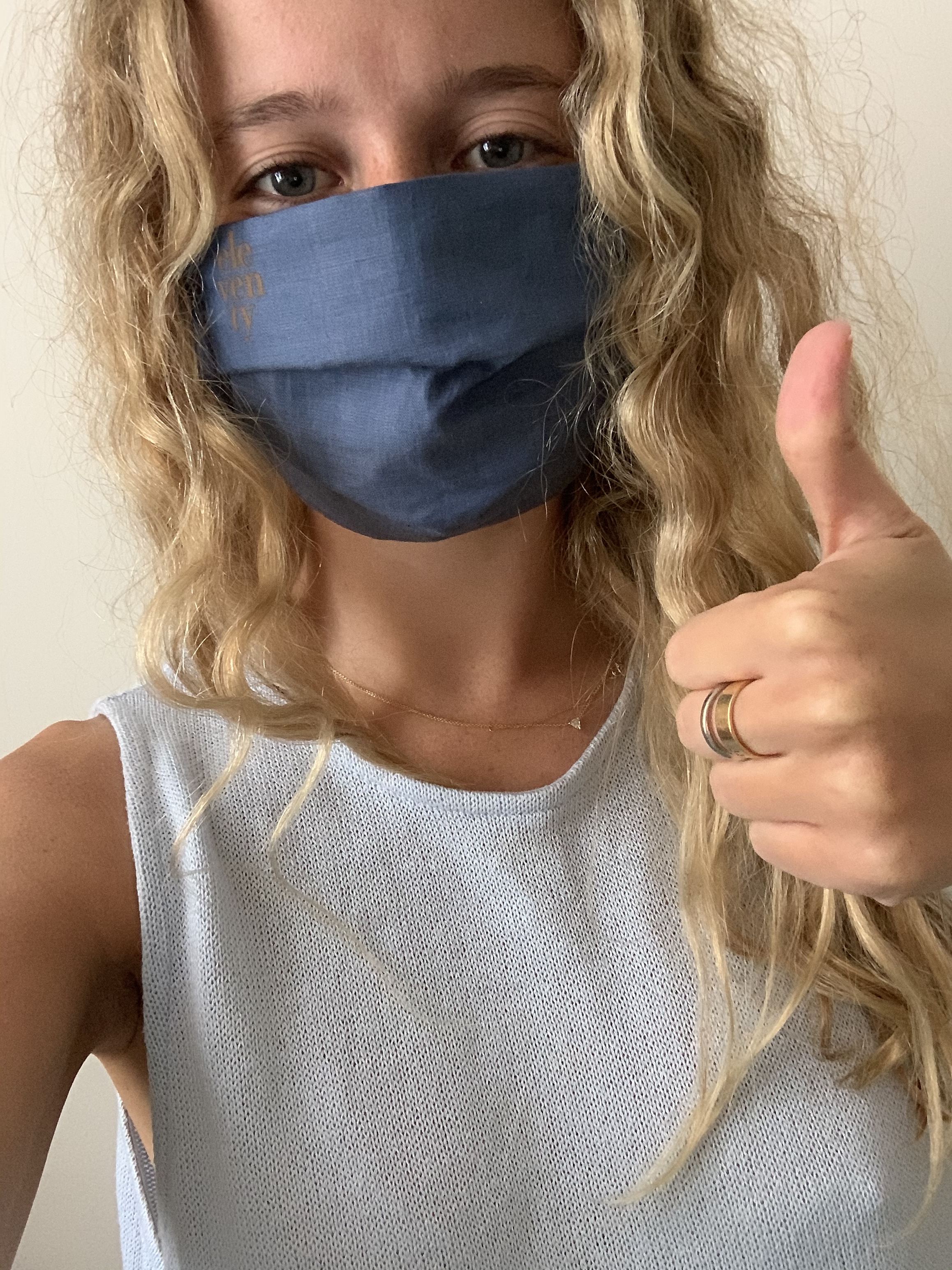 It was travel, not quite as we know it.

At Heathrow Airport, only passengers could enter the terminal, with checks at the door, and what can only be described as a coronavirus-station inside the door, complete with hand sanitiser and face masks for those that didn't have their own.

I assumed – wrongly – few people would be travelling, with the threat of quarantine upon return still hanging over people's heads.

The regular queues of people at the check-in counter had swelled – a mix of two metre gaps between groups and a staff who either had not been brought back or had been diverted to other roles such as corralling people into the right bays.

Alitalia, the airline I flew with, required both a form with your contact details and at the gate, a man in full-PPE took our temperatures.

It was the first, but far from last time I had my temperature checked. 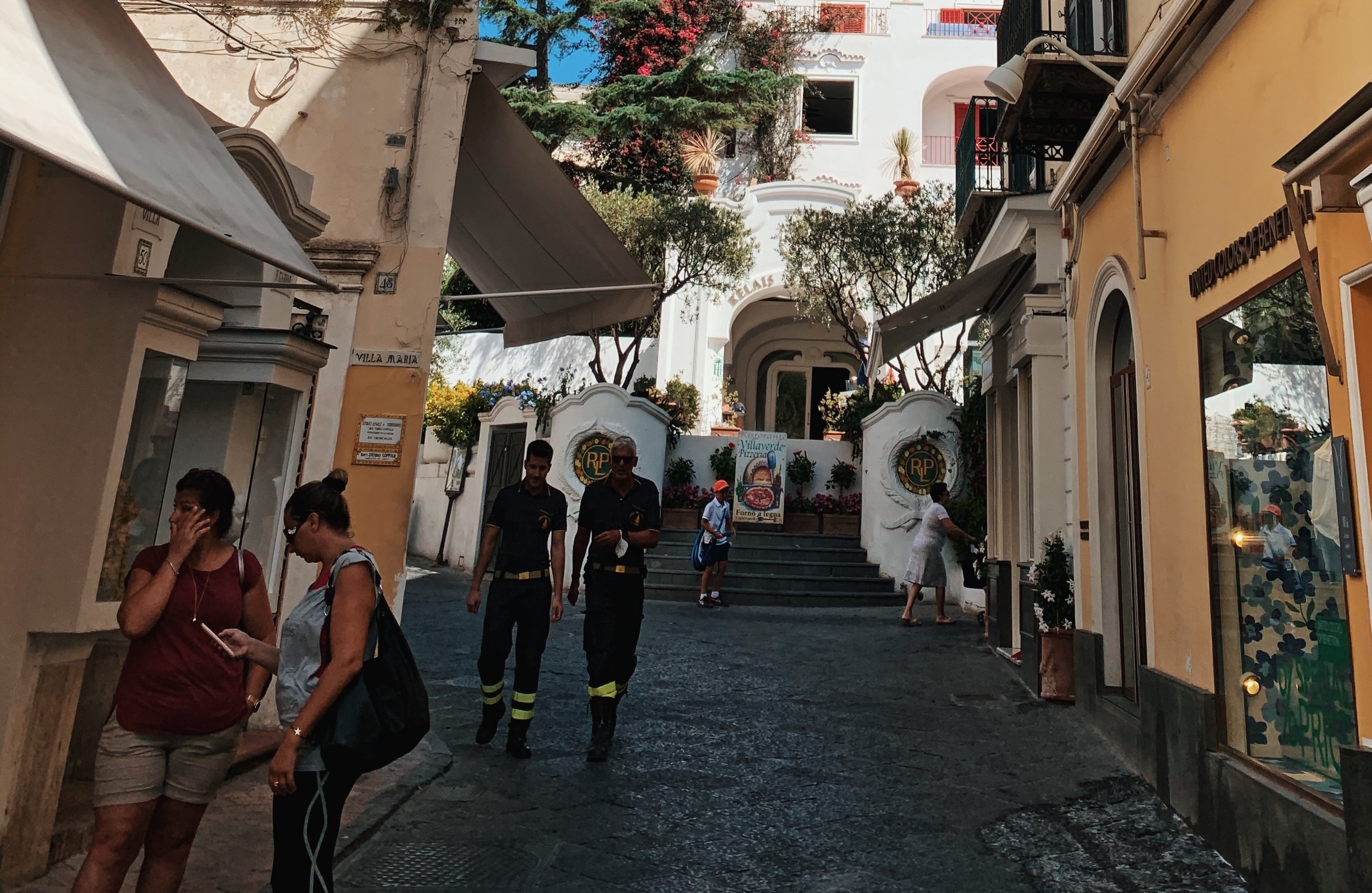 Flights were few and far between – so I took a flight to Rome, where I jumped on a train to Naples, and a ferry from there to Capri.

The hotels had been preparing to allow people back in for months but tourism had been hit hard – and after a few people at the front desk trying to say they were fully booked, a waiter admitted they were only at 20 per cent capacity – compared to 95 per cent in normal times.

All staff had their own reusable masks, branded with the hotel's name.

In Capri, coronavirus had hit the back pockets of hotels, restaurants, shops and cafes, but with the sun and the heat – it felt like more of an administrative faff than a global pandemic.

Normally heaving with tourists with selfie sticks and the 20,000 people who pile off the ferry and into beach clubs just for the day in peak season, the island was only just beginning to hum back to life. 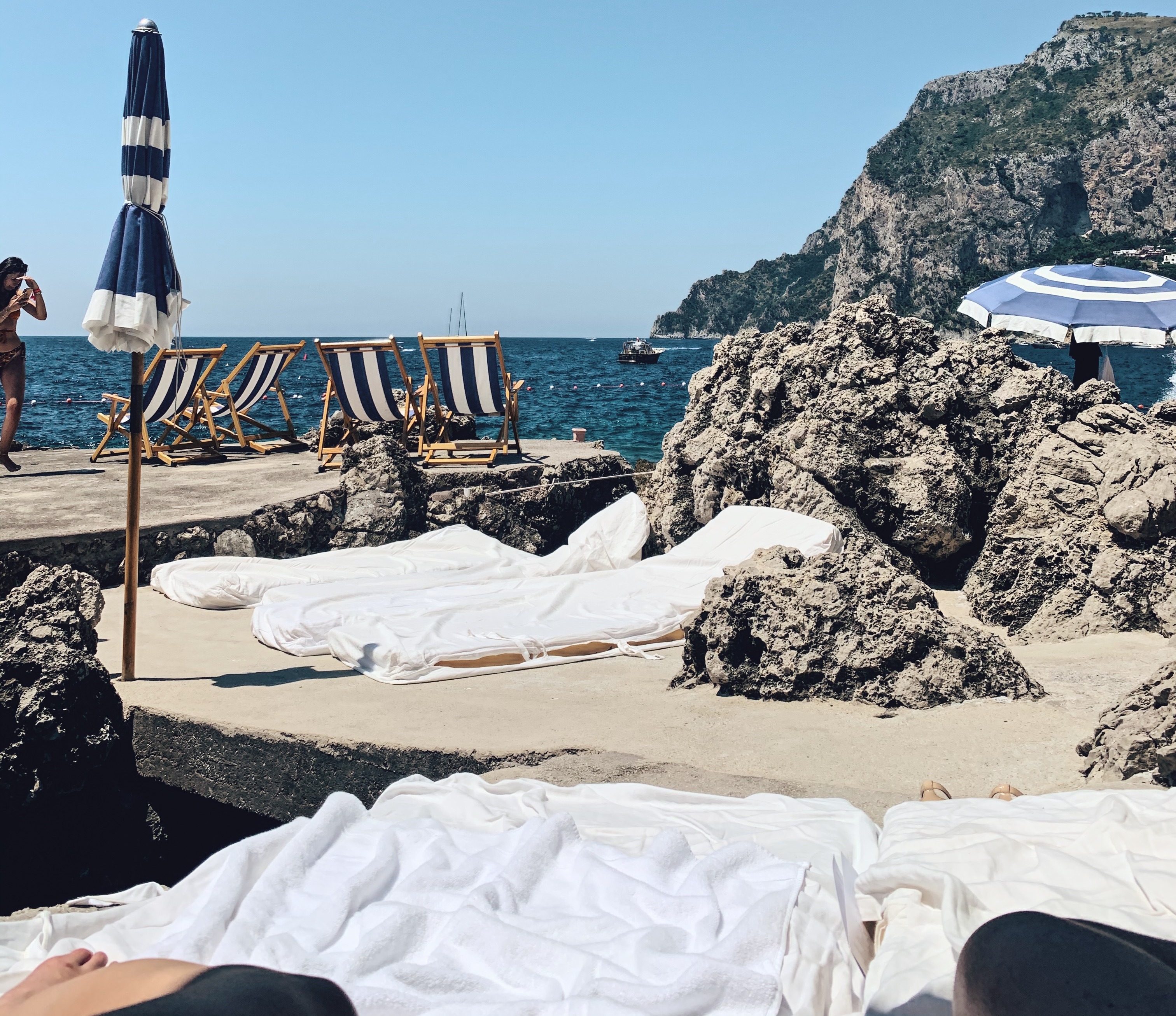 Restaurants, normally packed, stood empty on weeknights, and everytime you sat down, or popped into another hotel or bar for a drink you had your temperature taken and contact details written down in case the Italian contact tracing system needed to find you.

In shops assistants sat around chatting to one another, pulling up their masks as soon as people walked in, and in some, taking them off after chatting to customers.

The famous beach clubs which often try and ask guests to book for more than three consecutive days were more than happy to take people just for the day and the hotel I stayed at was more than willing to haggle over rates.

After a steep hike down the mountains to one of the islands most instagrammable beach clubs – La Fontelina – a woman waved a thermometer at me and in a moment of panic, I started explaining to her I was boiling hot from the walk – not a coronavirus fever.

But at 36.4 degrees I was sweaty, but fine, and ready to lie in the sun and jump in the sea.

Several people proudly told me Capri was "Covid free" so everyone was relaxed. 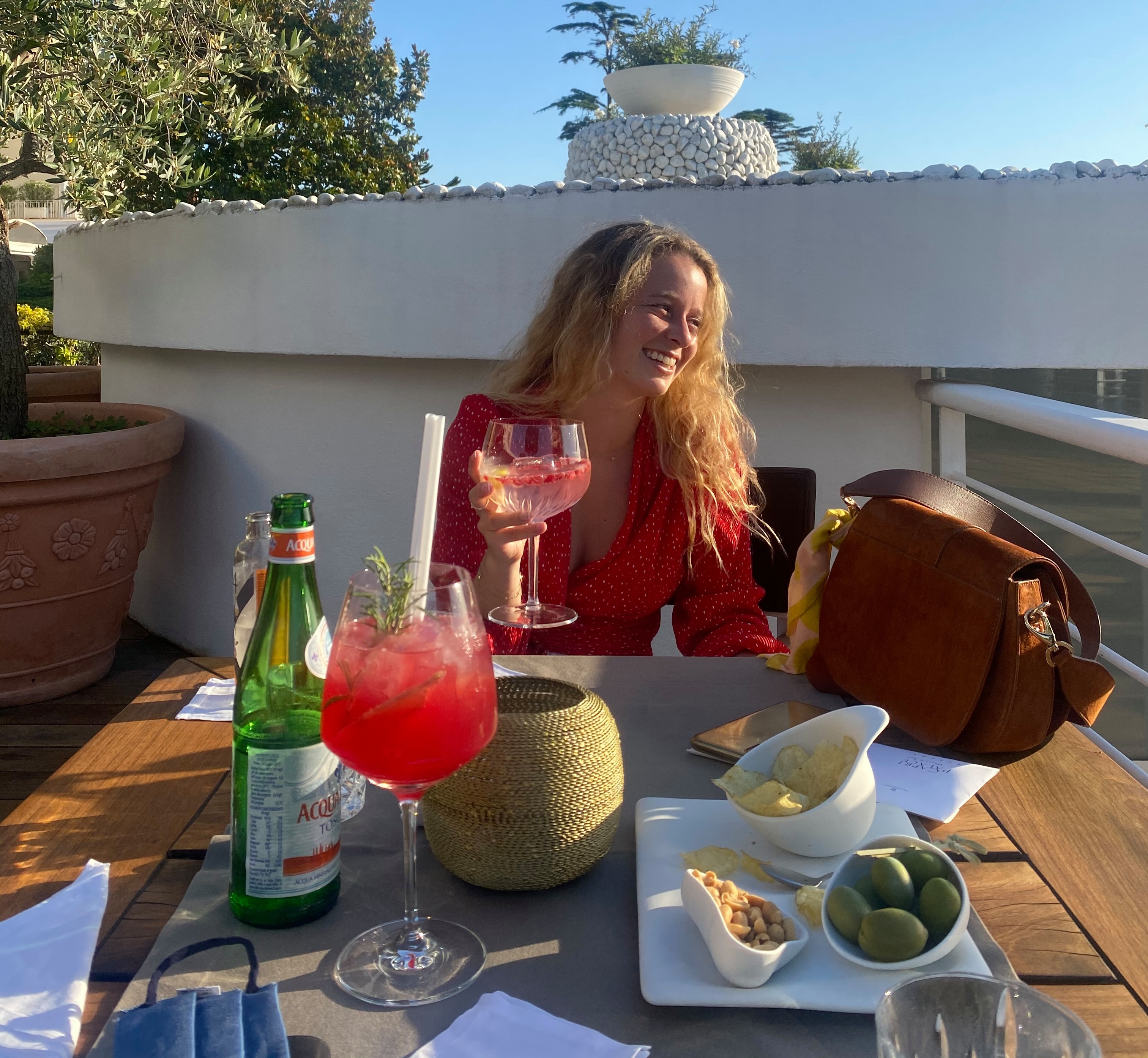 They had all the perks of quiet beaches and guaranteed tables at restaurants, with none of the panic.

One shop assistant said working there was a relief after being in Milan where people were constantly on edge.

But hand sanitiser was everywhere – at restaurants, bars, cafes, hotels – and everyone stopped and lathered some on before walking inside or outside.

Social distancing, on the other hand, seemed to have been entirely forgotten.

In Capri, people forgot about the no-handshaking rule, kissing and hugging as they met in the square.

Attempts to make people follow the Italian 1 metre rule were mostly ignored, occasionally a shop assistant would leap back, suddenly remembering, but the attitude was a casual kind of "we do what we can". 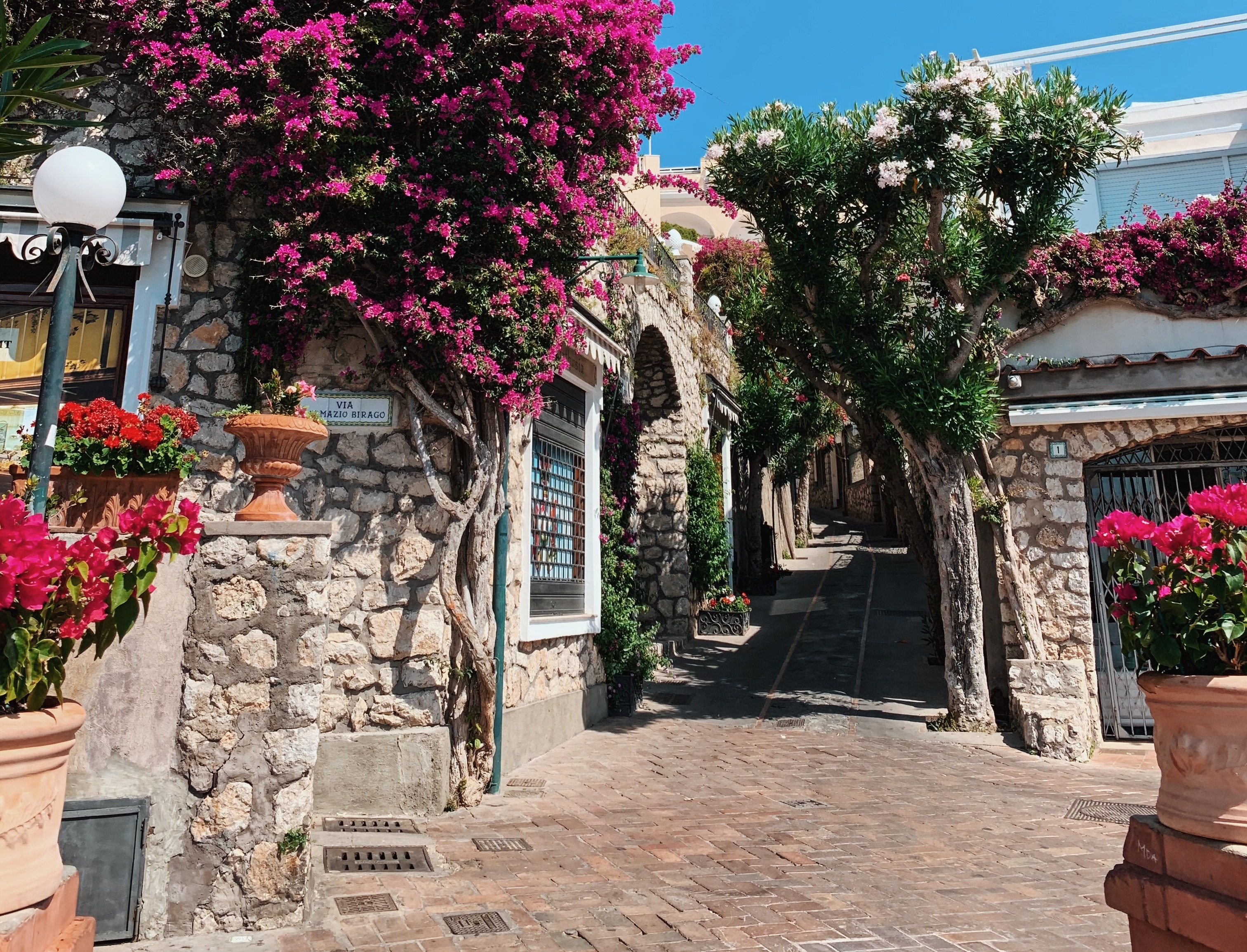 My very brief time in Naples was much of the same – gaggles of teenagers and tourists wandering around in the port and people huddling up next to each other outside cafes and restaurants.

Masks everywhere but, more often than not, pulled down below the nose, or resting just below chins.

I thought, having had to queue for hours in socially-distanced lines at Heathrow, and having my temperature checked four times a day, Naples airport would not be very different.

Airlines, rather than airports are responsible for temperature checking because of differing standards in different countries.

Flying Alitalia out of Heathrow they took our temperature because of Italian rules – not so for Ryanair. 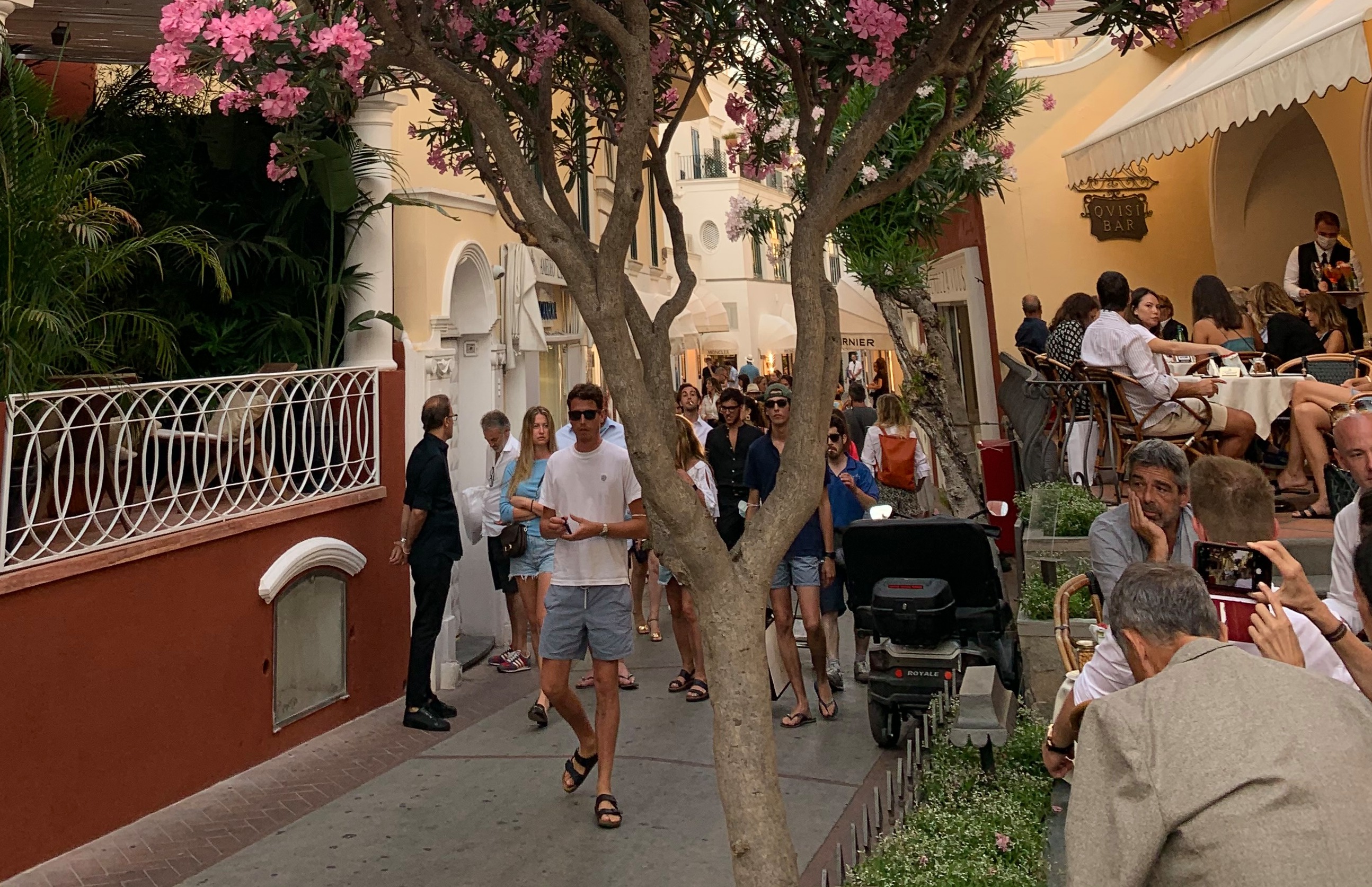 But Naples Airport had brought in drastic interventions anyway – there was an extra queue between scanning your boarding pass and going through security – disinfectant booths.

I watched as passengers walked into the booth, were sprayed top down with disinfectant, and then kept going into security as if nothing had happened.

I walked in, squeezed my eyes closed, and then pushed my way through the plastic curtains as soon as it was done.

The Italians, apparently, were used to this – they walked straight into it, eyes open, and right on out again.

Apart from telling us to wear face masks and not queue for the toilets on the plane, social distancing directions from the Ryanair flight attendants were minimal.

Curiously, the only checks on the bigged-up travel quarantine – due to be scrapped for dozens of countries tomorrow – were two slightly flustered border control officers at Stansted asking to glance at forms before people continued through to customers.

No one read them to see if they had been properly filled out or accurate.

A day before the quarantine on travellers returning to Italy is due to end – I haven't had so much as an email to check I'm staying at home.