AN IDIOTIC passenger was caught trying to board a flight while smoking a cigarette – as the plane was being filled with thousands of gallons of fuel.

The unnamed easyJet passenger was quickly stopped by a member of crew who put his cigarette out. 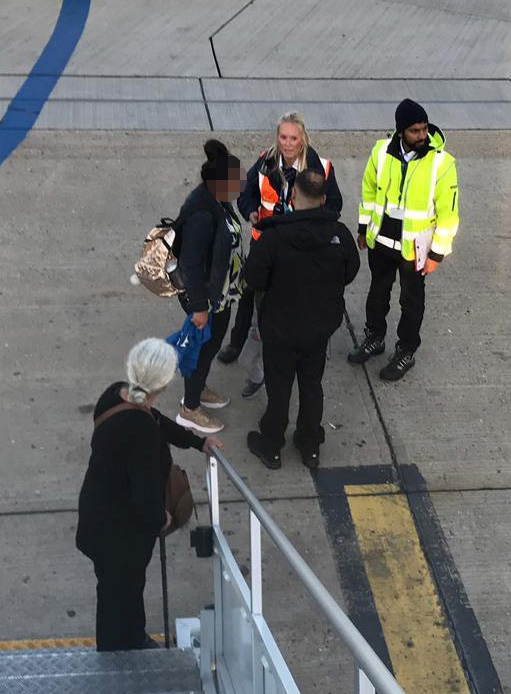 He was attempting to board a flight to Geneva at 7.30am yesterday at Luton Airport when he tried to walk on board with the it cigarette.

The smoker, who was travelling with his family, was then banned from boarding the flight by the plane's pilot and escorted away by ground crew.

Sara Beecroft, 43, a passenger on the flight, said she was "absolutely outraged and in disbelief" after witnessing the smoker's "absolute stupidity".

She also said a woman, who was a member of the aviation team, immediately ran over to the smoker and "grabbed the cigarette out of his hand and stubbed it out." 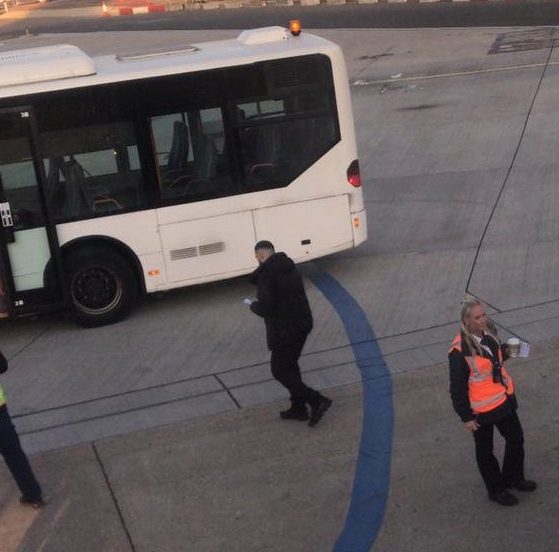 The mum-of-two, from St Albans, said: "It was outrageous, everyone was going crazy – we could've died.

"It doesn't bear to think what could've happened. It was just an act of stupidity. He endangered the life of everyone on the plane.

"It could've blown us up, I mean what was he thinking.

"The stupidity of it all and obviously he is now going to face the consequences of that.

"It was a moment of madness, it was like he just wasn't thinking or forgot where he was. He wasn't drunk". 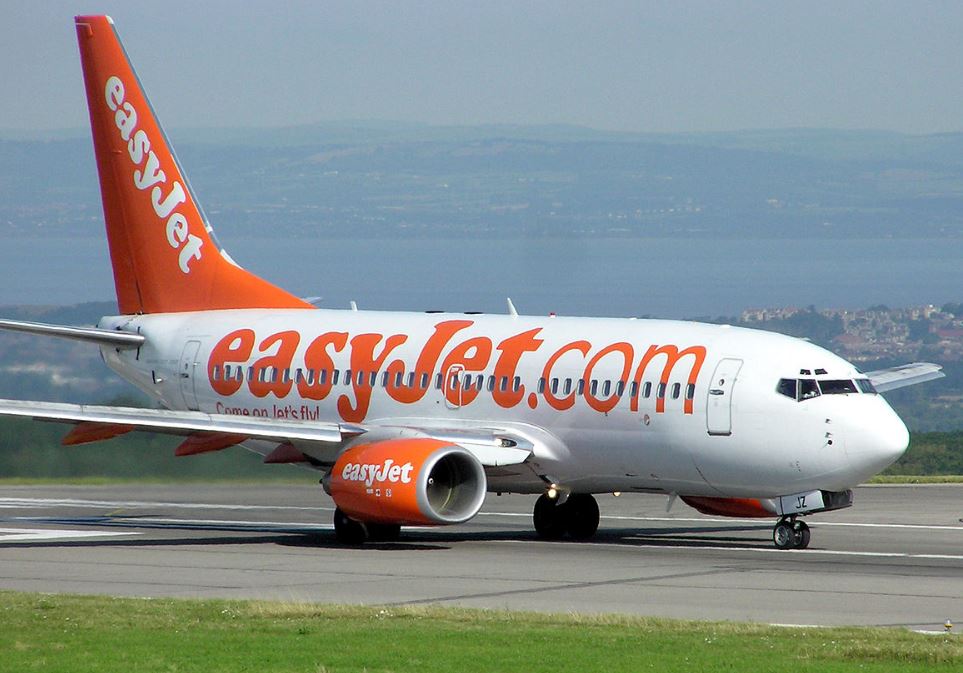 Another passenger Gideon Carroll, CEO of EdgePetrol – a fuel retail company – said the smoker's actions could have caused "extreme danger" to all passengers.

He added: "I couldn't believe my senses when I could smell the cigarette smoke. People were worried that he could've blown everybody up.

"It just could've been catastrophic. I almost did a double take at him, I couldn't believe my eyes."

Gideon said the pilot came down from the aircraft and said the smoker wasn't allowed to fly – however, he claims the pilot allowed the passenger's family to continue their flight.

He said the smoker then was escorted to a shuttle bus and taken back to the airport.

Gideon added: "It was nice to see the ground staff dealing with it very quickly.

"It is incredible that really happened.

"I have never seen anything like that in my career. As a passenger on the flight it was pleasing to see the staff had zero tolerance."

An easyJet spokesman said: "We can confirm that a passenger on flight EZY2051 from London Luton to Geneva was denied boarding due to behaving disruptively prior to departure.

"Our staff are trained to assess and evaluate all situations and to act quickly and appropriately to ensure that the safety of the flight and other passengers is not compromised at any time.

"Whilst such incidents are rare we take them very seriously and do not tolerate disruptive behaviour.

"The safety and well-being of passengers and crew is always easyJet's priority."

A London Luton Airport spokesperson said: "The safety of our passengers is our number one priority and we will not tolerate disruptive behaviour in any form."

Another passenger was caught smoking in the middle of a flight, when a fellow traveller frantically called cabin crew.

A flight attendant then stormed over and stopped him from smoking, and he was met by airport police after landing.

Vaping is also banned on flights.

Surprise! JoJo Siwa Changes Her Hair Color for the 2nd Time in a Week

END_OF_DOCUMENT_TOKEN_TO_BE_REPLACED

If you know anything about the Duggars, then you’re probably familiar with the infamous Duggar dress code. There are many absurd rules that the Duggar […]

Actress Zoe Tay – local television’s “Big Sister” – wished her stepmother a happy birthday on Instagram on Tuesday. The 52-year-old posted a photo of […]

END_OF_DOCUMENT_TOKEN_TO_BE_REPLACED

END_OF_DOCUMENT_TOKEN_TO_BE_REPLACED
We and our partners use cookies on this site to improve our service, perform analytics, personalize advertising, measure advertising performance, and remember website preferences.Ok