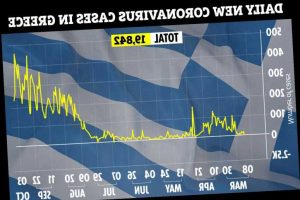 ITALY, mainland Greece and Sweden are likely to face quarantine restrictions this week, due to the continued high number of daily infections.

The holiday destinations are some of the few remaining open to Brits without the need to self-isolate for two weeks in the UK. 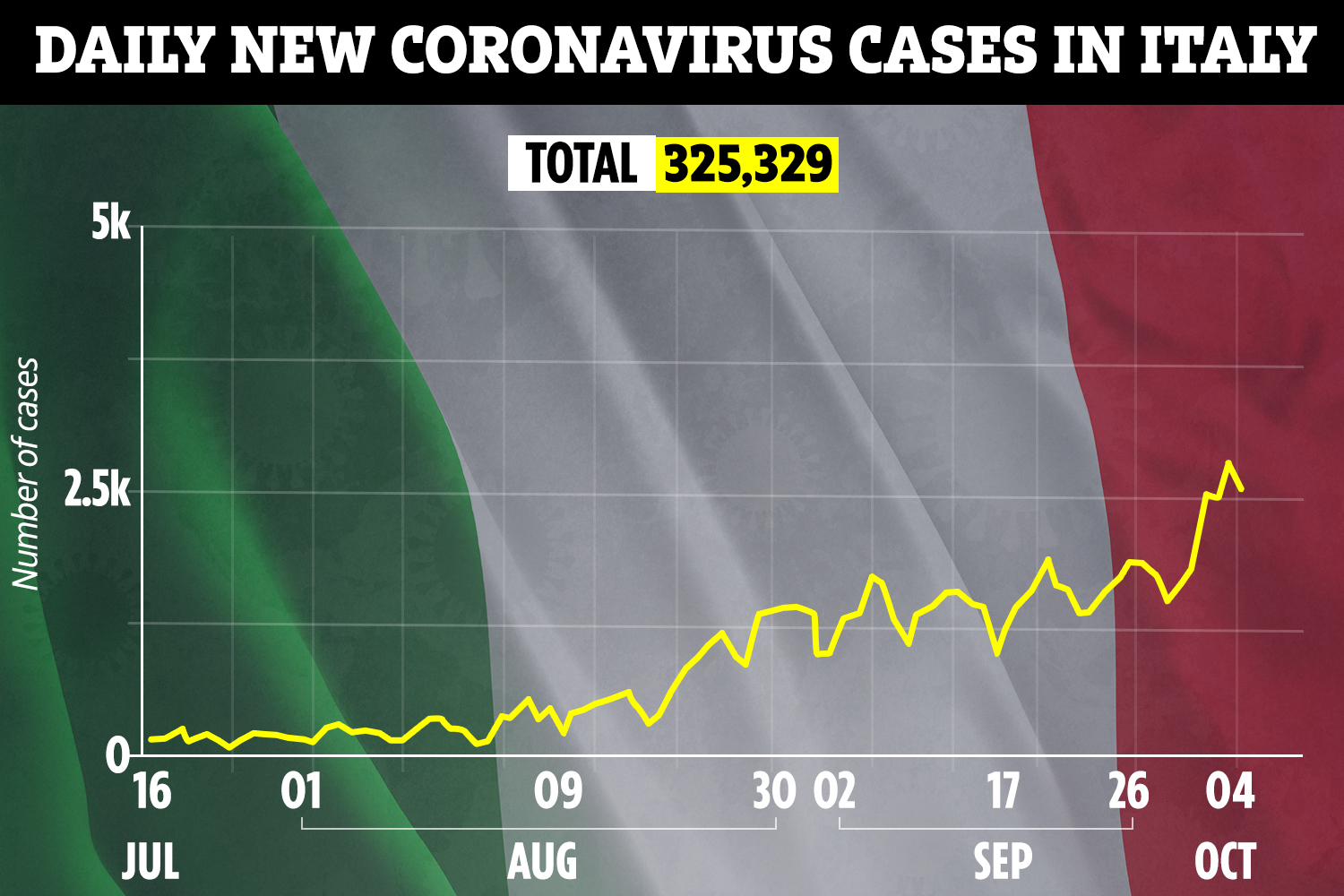 However, they have all faced rising daily cases in the past week without bringing their numbers down.

Using data from the European Centre for Disease Prevention and Control, countries with more than 20 new cases of coronavirus per 100,000 people, during a seven day period, are likely to be removed from the travel corridor list.

Mainland Greece, as well as the islands of Rhodes, Corfu and Kos, managed to avoid the quarantine restrictions enforced last month which placed Zante, Crete, Mykonos and Crete, among other islands, on the quarantine list.

All of Greece is on the quarantine list for Scotland, yet is likely to be the same case in England and Wales later this week. 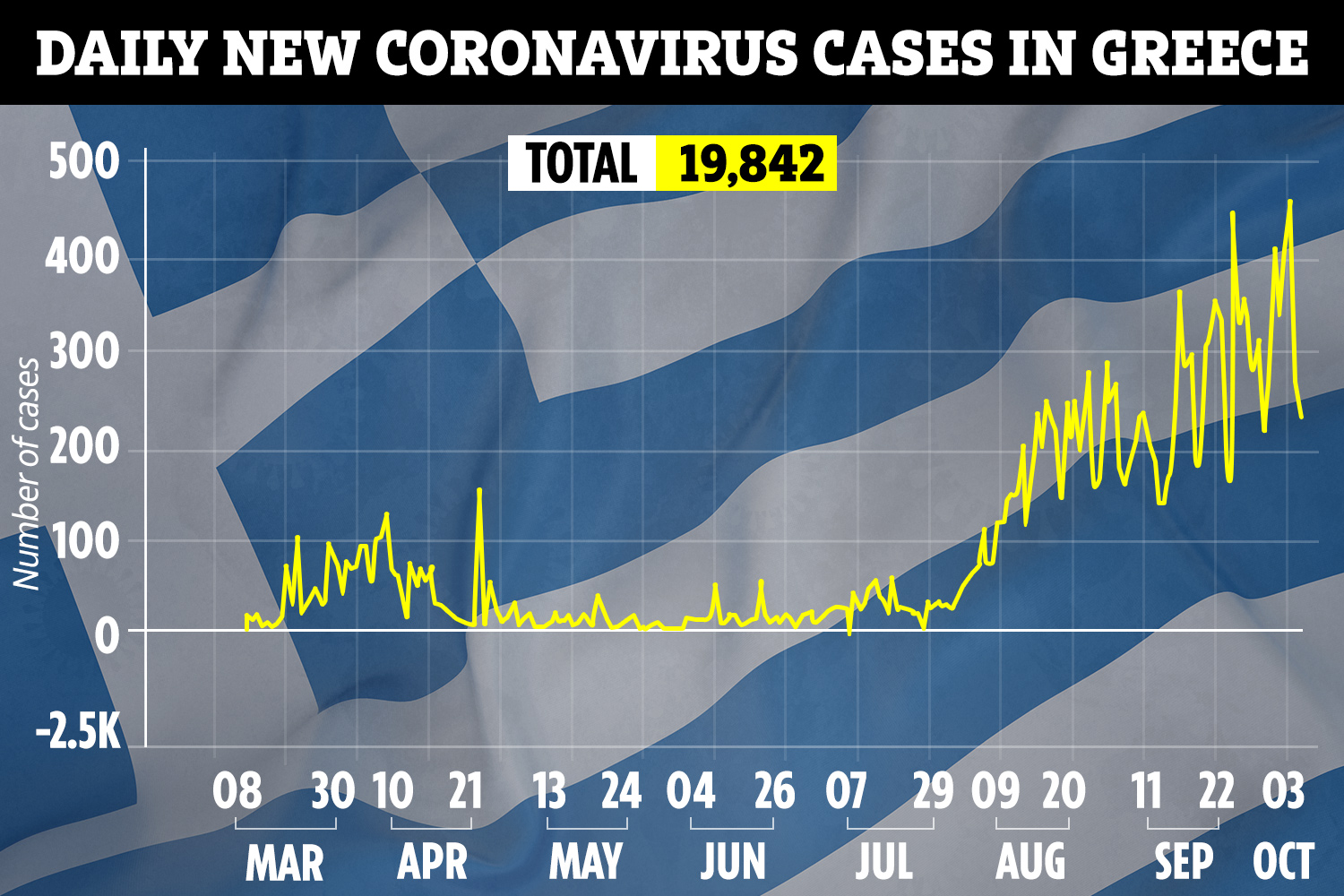 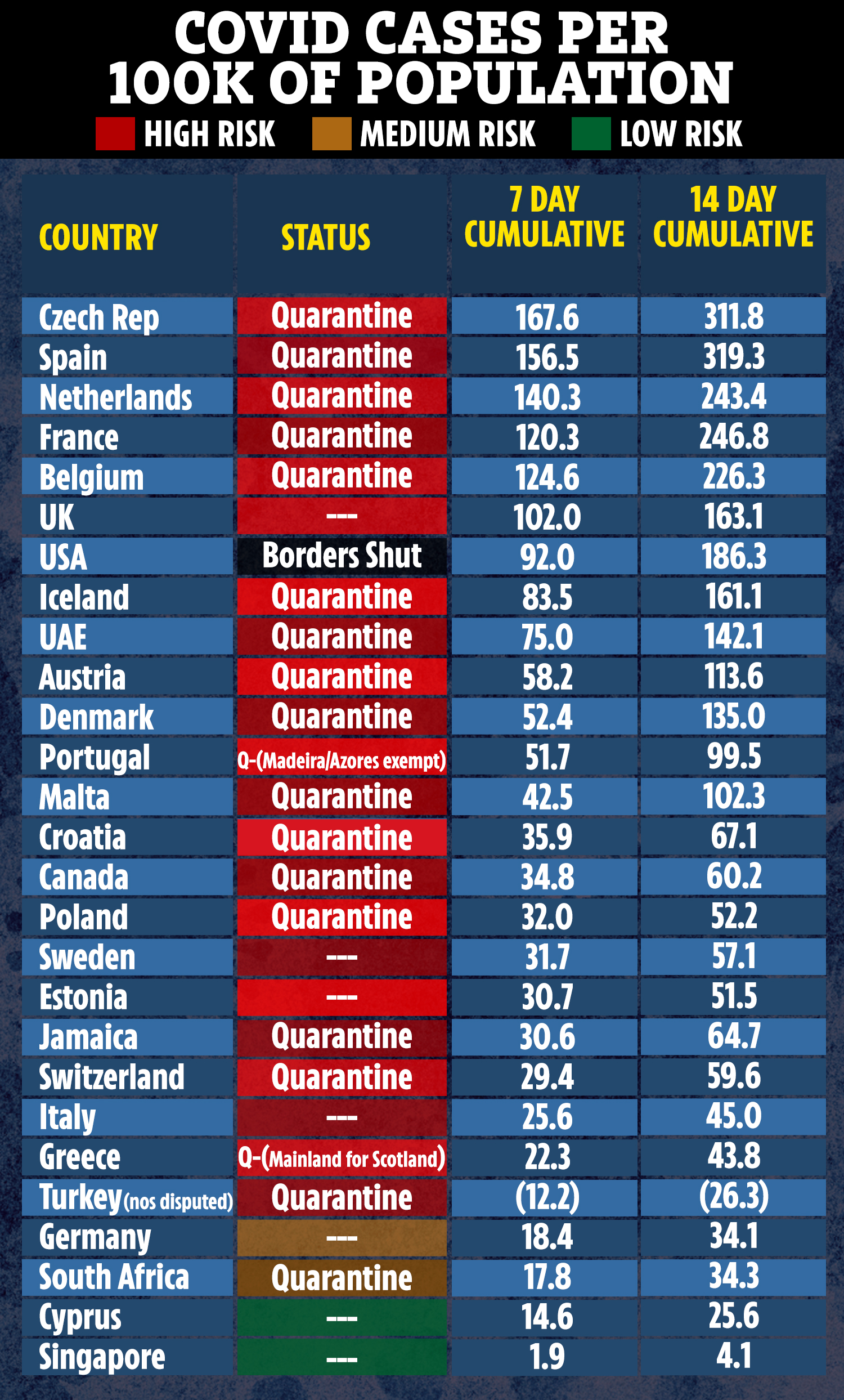 Quarantine restrictions are increasingly likely to be imposed on travellers arriving in the UK from Italy, mainland Greece and Sweden, new figures suggest.

Changes to the UK Government's list of destinations from which arrivals in England do not need to enter quarantine are usually announced every Thursday at 5pm, and implemented the following Saturday at 4am.

If the countries are all placed on the list, there remains less than five countries where Brits can travel without any quarantine or entry requirements.

The travel industry hopes that new measures being discussed by the government could remove the need to quarantine and rescue the struggling airlines and tour operators who have experienced millions of pounds in losses due to the pandemic.

Airport testing is just 'days away' from being given the go-ahead – Chief Secretary to the Treasury Stephen Barclay confirmed that decisions regarding new measures which include airport swabbing will be made in the "coming days".

He also said it would be a similar procedure currently seen in Germany, where passengers arriving from high-risk countries are able to be tested, meaning they can leave the quarantine, according to the Times.

Full list of countries without travel restrictions or quarantine

Speaking during a Conservative conference, Mr Barclay explained: "I am expecting Grant Shapps and Matt Hancock to say more about this in the coming days.

"If we look, for example, at some of the German states, which are using testing to then release earlier from some of the restrictions."

In Germany, the tests on arrival are free at the majority of airports, with test results within 48 hours, but passengers can pay for private tests with faster results within a few hours.

The travel industry has been calling for airport testing to be implemented, with the quarantine restrictions badly affecting airlines and airports.

The airport boss is hoping that the tests, which cost £150 for each passenger, will allow a huge increase in the number of travellers able to fly on holiday next summer.

Mr Holland-Kaye told Travel Weekly: “We can start testing at some scale in the next few months. I would love to have a New York-London pilot up and running by Thanksgiving [November 26]. That seems entirely feasible.

“If we get good results, there is no reason we shouldn’t be able to extend it. It’s possible that in the first or second quarter of next year, we see ‘rapid point of care’ tests become more normal.”

He warned that demand would be likely to outstrip supply for the time being.

He said: “The demand for these will be enormous. It might take much longer before there is sufficient supply to satisfy the needs of all travellers.”

According to Mr Holland-Kaye, the government wants more than just one test for travellers on arrival, as it won't catch those who have just contracted the virus.

So Heathrow is looking at other options, including a test on arrival at the airport followed by a second test seven days later, or a scheme where passengers are also tested before they board the plane to London.

Heathrow has had an airside Covid-19 testing centre in Terminal Two ready to swab passengers from last month.

Airports are being forced to introduce new measures amid the pandemic, which include mask-detecting and social distancing cameras.

Italy is currently testing 30-minute pre-boarding coronavirus tests, which would ensure everyone on the flight was negative.