Home » Travel » Kacey Musgraves Vows to Break 'Cycle' Caused by 'Systemic Privilege': 'I Will Not Be a Bystander'

Kacey Musgraves Vows to Break 'Cycle' Caused by 'Systemic Privilege': 'I Will Not Be a Bystander' 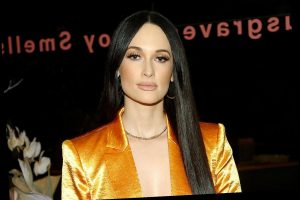 Kacey Musgraves is speaking out following the killing of George Floyd, an unarmed black man in Minneapolis who died in police custody after a white officer pinned him to the ground with a knee on his neck.

On Monday, the Grammy Award-winning artist shared a message with her followers on Twitter, vowing to take action in the fight against racial injustice and police brutality.

"It’s been hard to find the words to adequately convey how outraged and sad I am," she shared. "WHITE PEOPLE HAVE HAD IT SO F—ING WRONG SINCE THE BEGINNING and I will do whatever I can I help break the DISGUSTING, damaging cycle racism and systemic privilege causes. I will not be a bystander."

Musgraves, 31, then shared a list of resources and ways her fans can help catalyze change, whether through donations, contacting elected officials or signing petitions.

The "Rainbow" singer is just the latest celebrity to speak out amidst the killing of Floyd and the subsequent protests erupting in cities across the United States. Many celebrities, including Beyoncé, Oprah Winfrey, Jamie Foxx and more shared powerful messages in the last week emphasizing the importance of taking active steps to combat racism.

Jennifer Lopez and Lady Gaga also called for political change, reminding their followers of the importance of voting in the upcoming presidential election.

“We have known for a long time that President Trump has failed," Gaga, 34, wrote.  "He holds the most powerful office in the world, yet offers nothing but ignorance and prejudice while black lives continue to be taken. We have known he is a fool, and a racist, since he took office. He is fueling a system that is already rooted in racism, and racist activity, and we can all see what is happening. It’s time for a change.”

Never miss a story — sign up for PEOPLE's free daily newsletter to stay up-to-date on the best of what PEOPLE has to offer, from juicy celebrity news to compelling human interest stories

On Monday, the music industry also announced that it would be standing in solidarity with protesters and the black community by staging a "blackout" on Tuesday, June 2. Many major music studios and their employees shared a statement that calls for the initiative and says it is an "urgent step of action to provoke accountability and change."

"As gatekeepers of the culture, it's our responsibility to not only come together to celebrate the wins, but also hold each other up during loss," reads the statement, which called the blackout a "day to disconnect from work and reconnect with our community."

The sentiment was echoed across countless prominent music executives and studios, using the hashtag "#TheShowMustBePaused."

Columbia Records clarified, in a statement on Instagram, that its Blackout Tuesday will not be a "day off," but rather a "day to reflect and figure out ways to move forward in solidarity."

"We must use our voices to confront and protest the injustice that surrounds all of us. Universal Music Group Nashville is committed to identifying challenging, and defeating the systemic root of inequality everywhere," they shared. "We stand together with our black community against all forms of racism, bigotry and violence."