Home » Travel » Kip Moore Deals with Painful Regrets on New Album: 'I Had That Bottled Up Inside of Me for Years'

Kip Moore Deals with Painful Regrets on New Album: 'I Had That Bottled Up Inside of Me for Years' 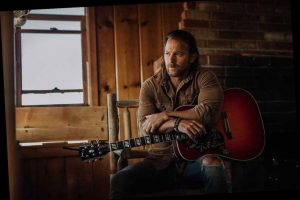 Kip Moore says he's "always been a searcher," and from the sound of his new album, he appears to be making headway on his restless journey.

Released Friday, Wild World is filled with bold signposts about the enigmatic artist, his rebel appetite and his "reckless heart" (as he describes it in one cut). But no doubt the most revealing song — and "possibly my favorite on the whole record," says Moore — is the album's final track, "Payin' Hard." Set to a driving beat, it's a full confession of personal regrets, particularly over missed opportunities with his father, whom he lost to cancer, at age 63, in 2011.

"I had that bottled up inside of me for years," Moore, 40, tells PEOPLE exclusively. "I've carried that weight of regret with a few situations. I kept it all pressed down, and then I let it out, all in one go." Like his 2017 album, Slowheart, his latest album was kindled by stretches of isolation in back-to-nature settings, including Costa Rica and Hawaii, two favorite spots for the avid surfer. Still, Moore wonders about how much longer he can maintain the career pace he's kept in recent years.

He alludes to it in "Payin' Hard" with a haunting premonition in the final verse: "So long, my friends / I guess this is my farewell / Damn all these pennies swimming in my wishing well / Told every single story that I have to tell."

"I have truly felt at times I might not last very long in this career," he says, "and those are the things that I've had to learn about myself through my journey. I don't know if I can do this for a very long time. I will be the person that, out of nowhere, just vanishes. It's not going to be like, 'Hey, guys, this is going to be my last tour.' I feel like the minute I don't have the same heart that I've had before, and I'm just picking up a check, I'll walk away. I won't say a word about it. I'll just be gone."

Probably not any time soon, though. At the moment, the COVID-19 pandemic has forcibly taken Moore off the road; he was booked to support Sam Hunt's tour this summer, but that was canceled earlier this month.

Despite his disappointment, Moore is finding solace and inspiration while quarantined at his rock-climbing lodge, Bedrock at the Red, in eastern Kentucky.

"I've already written half of my next record," he says. "I'm just recharging by seeing new things, relaxing, experiencing nature and obviously doing some physical activity."

He's also still feeling his familiar restlessness to keep searching, as he says, for "his place in this world" and "for that joy and peace that seem so elusive."

"I think I've always had a sense of urgency," Moore says, "because I feel like you owe that to yourself. I feel like we all do. I think about my dad passing at an early age when he was Superman to me. I never saw him sick [before he developed cancer]. I never saw him hurt and out of nowhere — boom — he's gone. That was a very awakening thing for me. This life is moving really fast, and you gotta soak it up as much as you can."