Let double-jabbed parents take unvaccinated kids abroad from JULY, says team Rishi in bid to get hols back in weeks 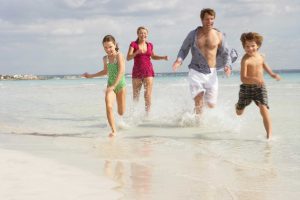 DOUBLE jabbed mums and dads should be allowed to take their unvaccinated kids on holiday from July, say key allies of Rishi Sunak.

Plans to allow adults with two doses to travel in August to amber list countries are due to be announced within days. 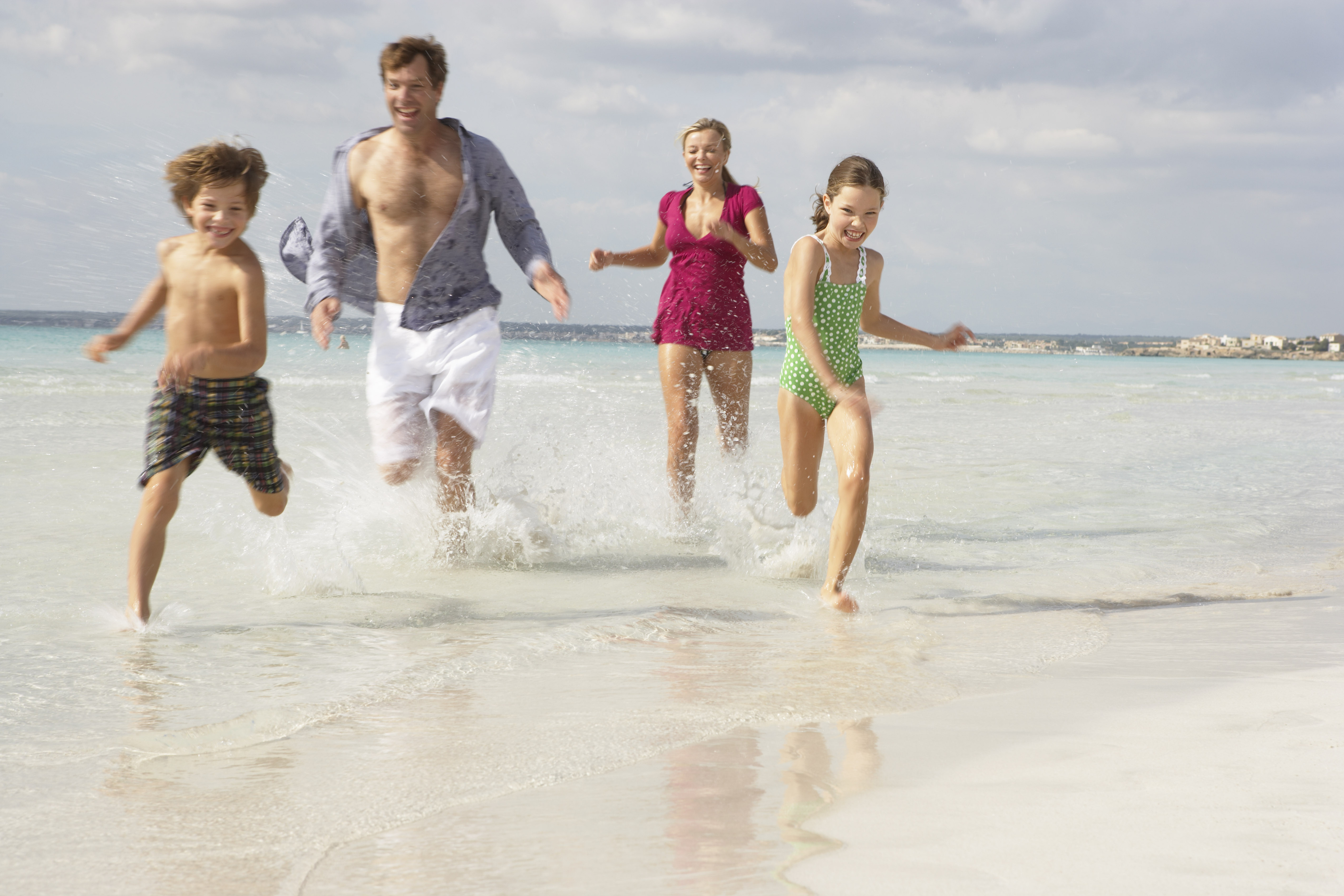 However, ministers are under growing pressure to bring forward the plans to next month to save the school holidays on the continent.

At the moment only people going to green-list countries are automatically free once they return home from travelling – although they do have to take at least two expensive PCR tests.

Anyone coming back from an amber-list country has to quarantine for ten days at home.

But a new system to allow adults who have had two doses to travel in August to and from such countries – including holiday France, Spain, Italy and Greece – without quarantining are set to be announced within days.

And unjabbed family members aged under 18 will be able to fly too as they have not been offered the vaccine.

However, now a key ally of Mr Sunak has called for the changes to kick in on July 19.

He said: “The proposal to restart international travel by allowing fully vaccinated people to go on holiday would be an absolute lifeline for this industry.”

He added: “I believe that allowing fully vaccinated people to travel is reasonable, and an important step we can take to support our fantastic travel business."

Earlier today Matt Hancock revealed that ministers were indeed looking at plans for whether double-vaccinated Brits might be able to avoid quarantine in future when they travel abroad.

The Sun understands the new rules will mean under 16s will be able to go with their parents on holiday – but only if both parents have had two jabs.

And it's likely they will have to wait two weeks after that for their protection to kick in – as is already the case in the EU travel rules.

An announcement is expected as early as this week, alongside an update on the green, amber and red-list destinations.

But as The Sun revealed yesterday, it's unlikely that many will be added – if any.

At the moment only people going to green-list countries are free once they return home from travelling – though they do have to take at least three PCR tests.

Anyone coming back from an amber-list country has to quarantine for ten days at home.

And those returning from a red-list destination have to stay in dedicated quarantine hotels, paying a whopping £1,750 for the privilege. 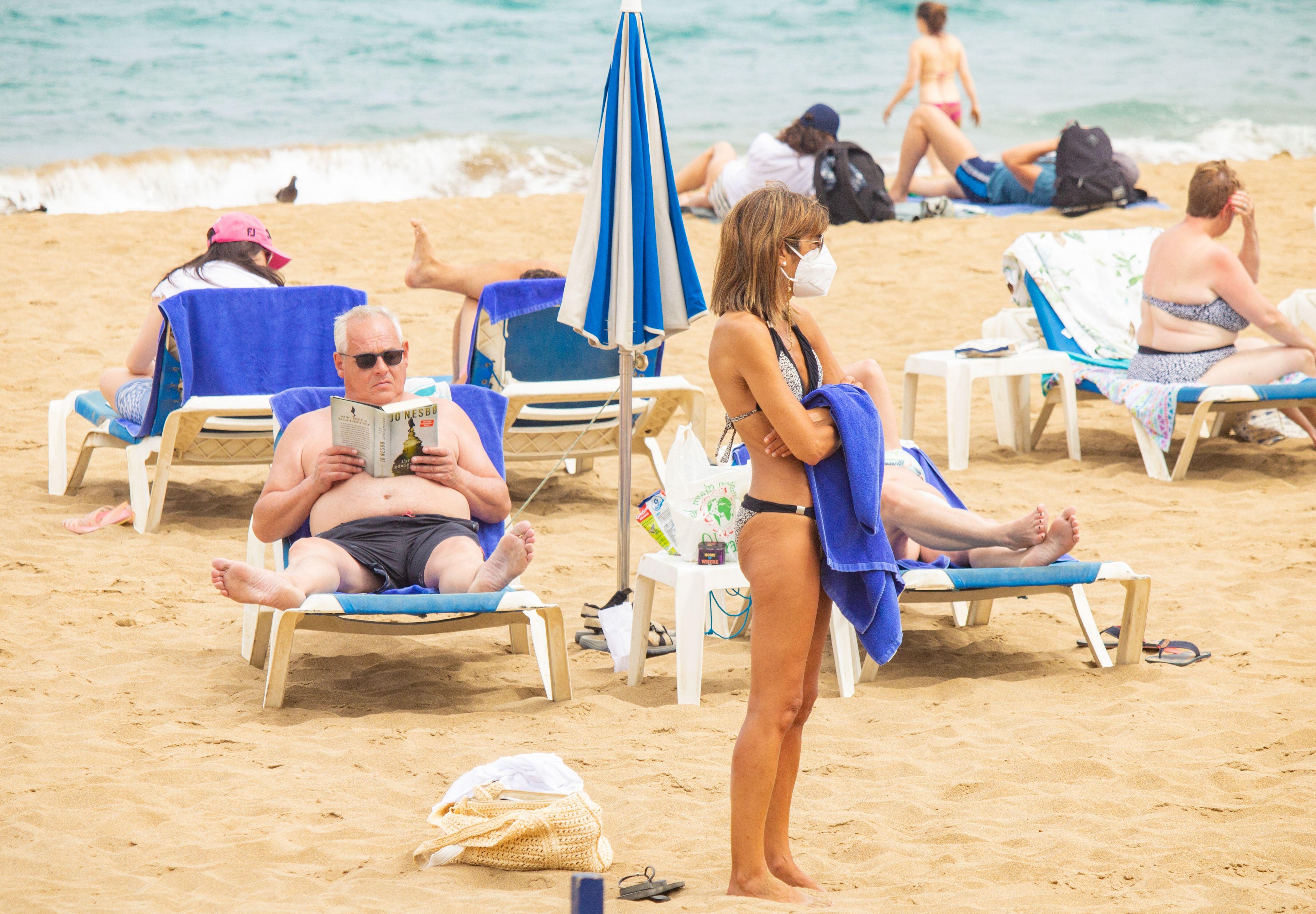 Boris Johnson has been accused of letting Germans steal a march in the sunbed wars – as double-jabbed Brits still have to stay away from many beach destinations thanks to strict travel rules.

Germans are free to travel and have wasted no time getting the towels down despite the EU’s bungled jabs rollout and the country averaging more than 100 deaths a day.

Scientists, MPs, travel bosses and holidaymakers last night warned Brits risk being left behind despite our plummeting death rate and the fact that almost all adults have had at least one vaccine shot.

Mr Johnson did say the country was “looking good” for domestic unlocking on July 19 but he was downbeat about foreign holidays.

Government adviser Professor Robert Dingwall, a public health expert at Nottingham Trent University who sits on the government’s Nervtag advisory group, told The Sun last night that it was time to “stop jumping at shadows” and give Brits their holiday freedoms back.

“We have a persistent misunderstanding of risk. If you’re double vaccinated, there is very little risk to you from travelling anywhere else on the planet, because the vaccines would work just as well in Kathmandu as in Kenya.

“The concern is that vaccines do not stop you getting a mild infection with some local variant.

“If you bring it back into the country where pretty much everybody else is double vaccinated, they are all protected to the same extent that you are.

“There’s a failure to think this through from a risk management perspective perhaps rather than a public health perspective.” 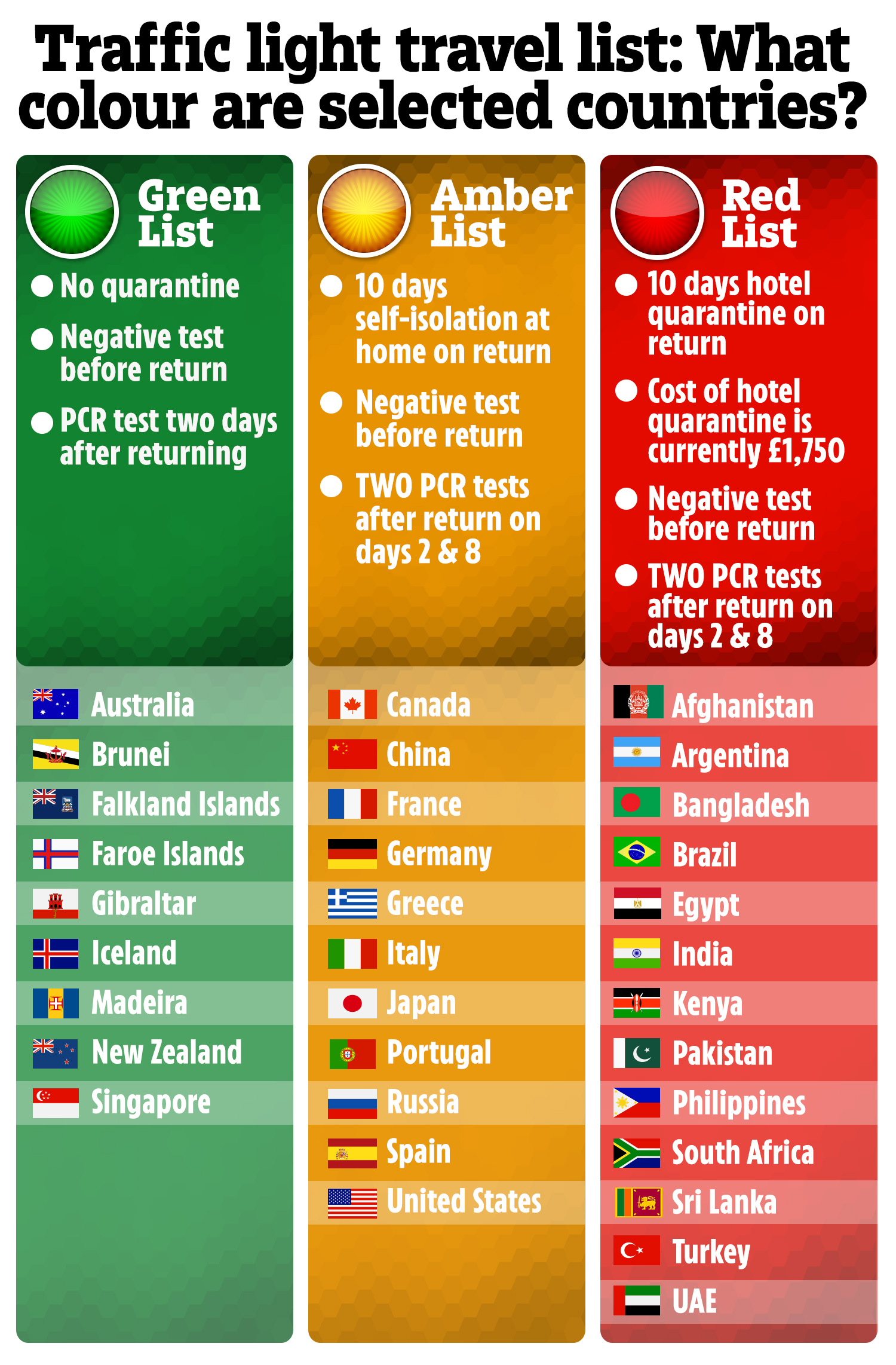 Prof Karol Sikora, of the University of Buckingham, said: “It’s cruel to ruin everyone’s summer holiday for reasons which simply aren’t backed up by the science.

“Current travel restrictions will not stop new variants coming in anyway because the actual procedures are not rigorous enough. Cases will inevitably slip through.

“The Government should either shut down the borders completely and not let anyone in, or open up travel for the rest of us.

“It’s no good preaching about the risks while allowing world leaders to enjoy a jolly on the beach in Cornwall.”

His plea was echoed by senior Conservative MP Sir Iain Duncan Smith, who urged: “Let’s just get this all into some perspective and re-evaluate the risks faced by people.”

The former Tory leader warned: “We cannot totally eliminate the risk but the vaccines should be acknowledged as the game-changer they are.

“There is no reason for the summer to be tough for people who have been double jabbed.”

Asked about the proposals to let double-jabbed Brits out of quarantine this morning, Mr Hancock said: "It is absolutely something we're working on, it's something I want to see. 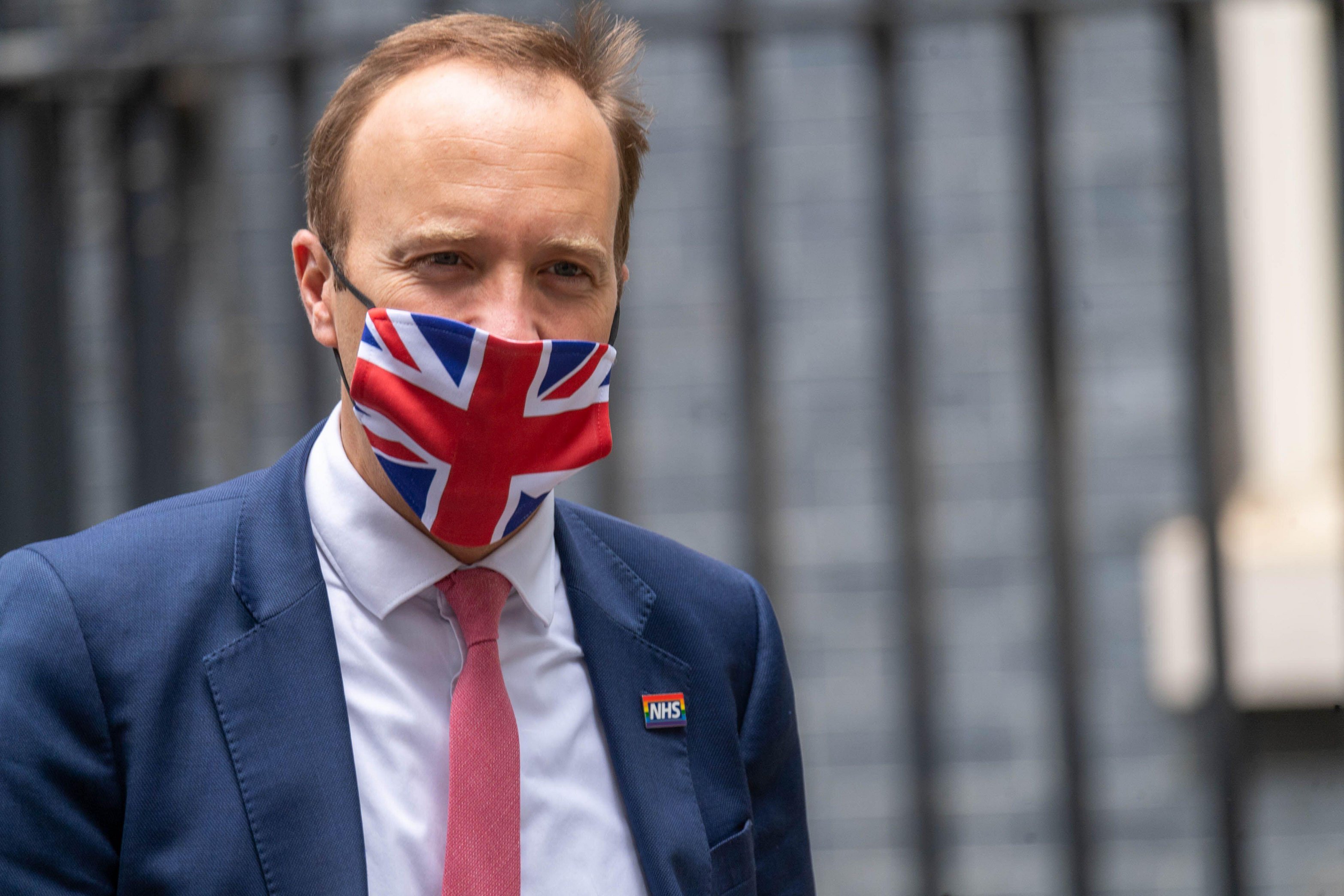 "We're working on plans to allow the vaccine to bring back some of the freedoms that have had to be restricted to keep people safe.

"But of course we do want to get those freedoms back. That's the whole point of the vaccination programme.

"When I'm in a position to be able to say something more concrete then we will do." 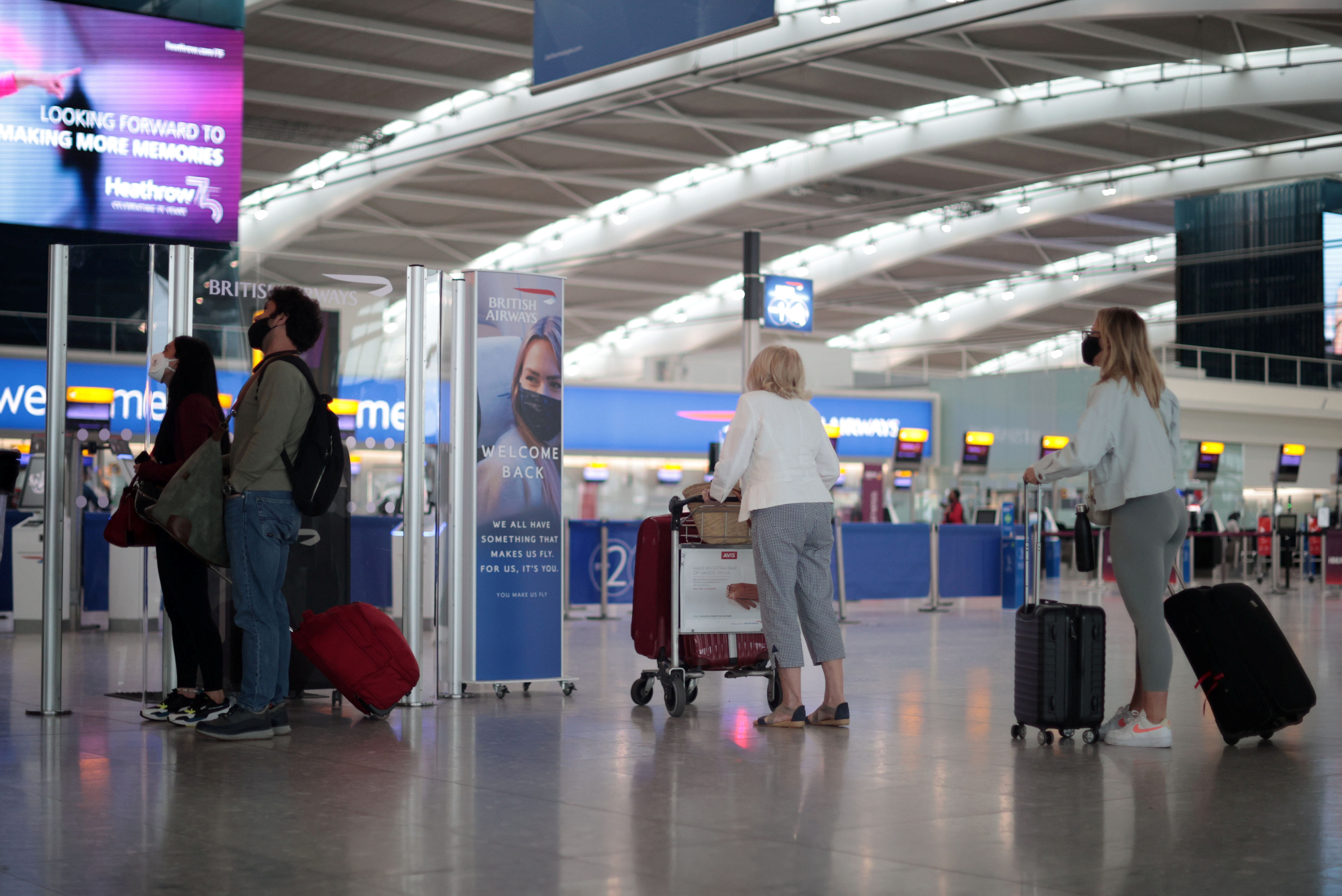 Asked if there is a chance those who have had two jabs could go abroad, she told the BBC's The Andrew Marr Show: "We'll be looking at the evidence from other countries.