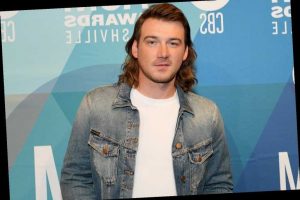 Morgan Wallen is kicking off 2021 in a major way.

To coincide with the release of his sophomore studio album, Dangerous: The Double Album, on Friday, the "More Than My Hometown" singer, 27, will also debut a new enhanced album experience on Spotify to take fans behind the scenes of his creative process.

"Spotify has supported me and my music since day one, so I knew I wanted to partner with them and do something extra special around this new project for my fans," Wallen tells PEOPLE. "Creating this enhanced album was the perfect way to take y'all behind the scenes and share what Dangerous means to me. Thank you to Spotify for making this happen — hope y'all love it!"

In a trailer for the Spotify experience, titled Morgan Wallen Presents Dangerous, the Enhanced Album, shared exclusively with PEOPLE, Wallen explains why he decided to wait until 2021 to release the album.

"I didn't want anything else of mine associated with the year 2020," Wallen says in the clip. "So we decided to wait until now to do it."

Wallen says the new double album shows off two sides of his personality, with the first representing his "more personal, introspective" side and the second his "more rowdy, redneck" side.

"We purposely put the two sides apart," he says. "I didn't have that plan when we were writing the album. Putting the songs together, it fortunately ended up to be a good split." Though 2020 was certainly a rollercoaster, Wallen notes it was also "the most beneficial year" of his career. "It's brought a lot of good things," says Wallen, who welcomed his son Indigo Wilder (with ex KT Smith) in July.

Throughout Morgan Wallen Presents Dangerous, the Enhanced Album, Wallen will take fans to a personal tailgate from his truck in his garage. There, he'll share the stories and inspiration behind making the double album over the course of 2020.

Wallen will also appear on an episode of Spotify's 10 Songs That Made Me on Jan. 15.

Morgan Wallen Presents Dangerous, the Enhanced Album will be available on Spotify on Friday at 12 a.m. EST.