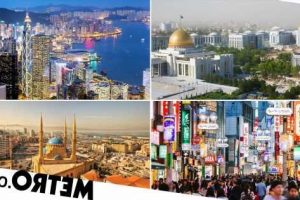 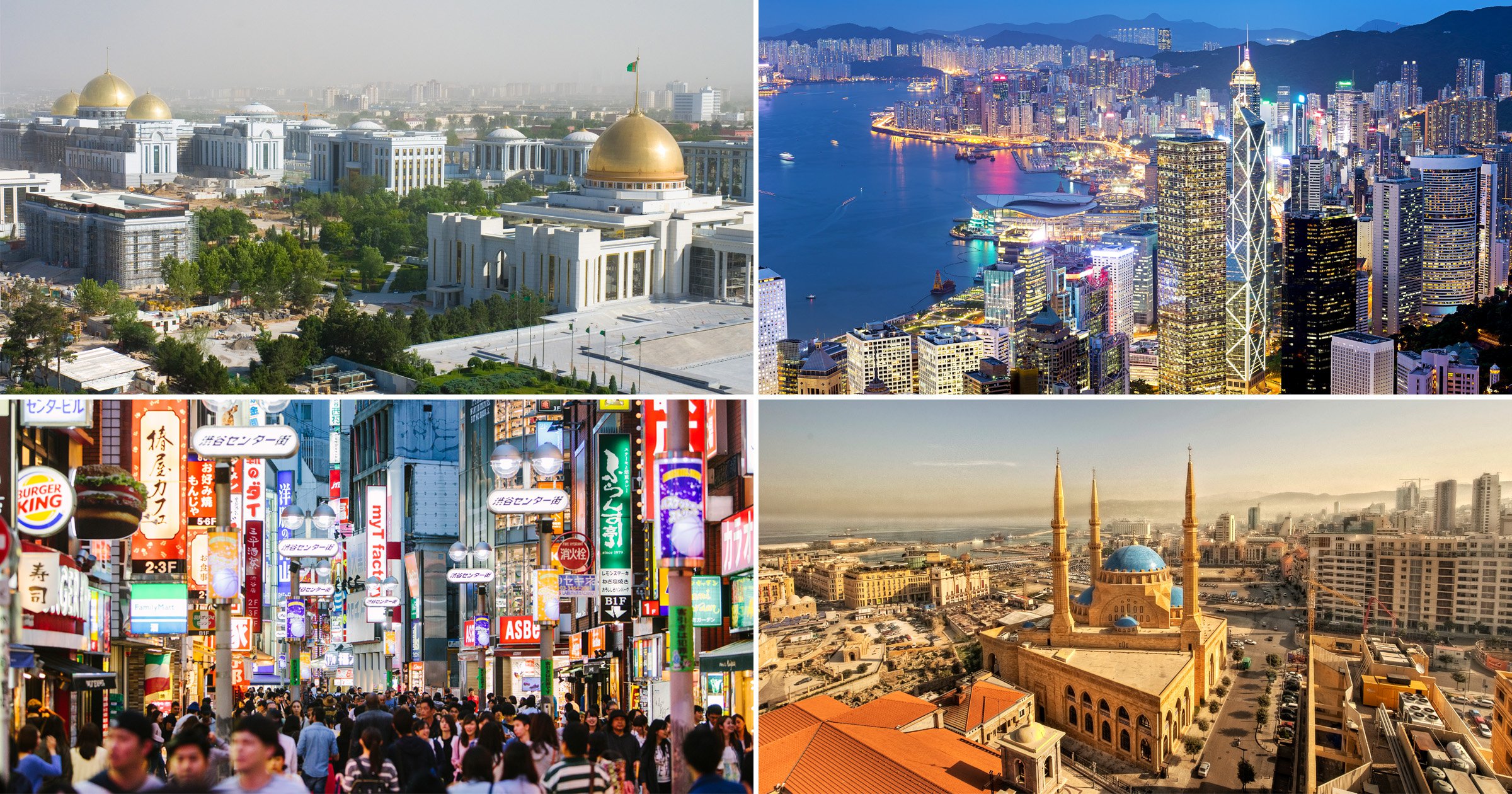 If you think London is costly, there are 17 other cities around the world where the cost of living is even pricier.

A list of the most expensive cities to live in has been revealed – with the UK capital only just making it into the top 20.

In order to rank each city, it looked at the comparative cost of more than 200 items – from accommodation and transportation, to food and household essentials.

Topping the list as the most expensive was Ashgabat in Turkmenistan, followed by Hong Kong and Beirut in Lebanon.

Six of the priciest cities are found in Asia – but Switzerland also has three locations within the top 10: Zurich, Geneva and Bern.

London came in 18th place, climbing one spot from last year’s survey, and Copenhagen in Denmark was the only European city to rank within the top 20.

It’s also hardly surprising that New York has been named as the most expensive city in the US.

Top 20 most expensive cities to live in:

However, the survey also revealed the cheapest cities to live in.

Bishkek in Kyrgyzstan was named the least expensive, followed by Lusaka in Zambia and Tbilisi in Georgia.

Five out of the top 10 cheapest cities are in Africa. Meanwhile, no cities in the US make it into the top 20.

The best cities for low cost of living in Europe are Minsk in Belarus, taking the 13th spot and Skopje – capital of North Macedonia – which is 18th cheapest.