Home » Travel » Nature Calls: A fleeting glimpse of the kingfisher, a turquoise trickster

Nature Calls: A fleeting glimpse of the kingfisher, a turquoise trickster 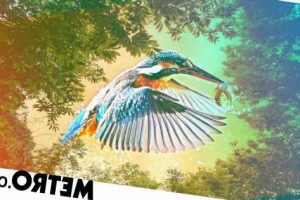 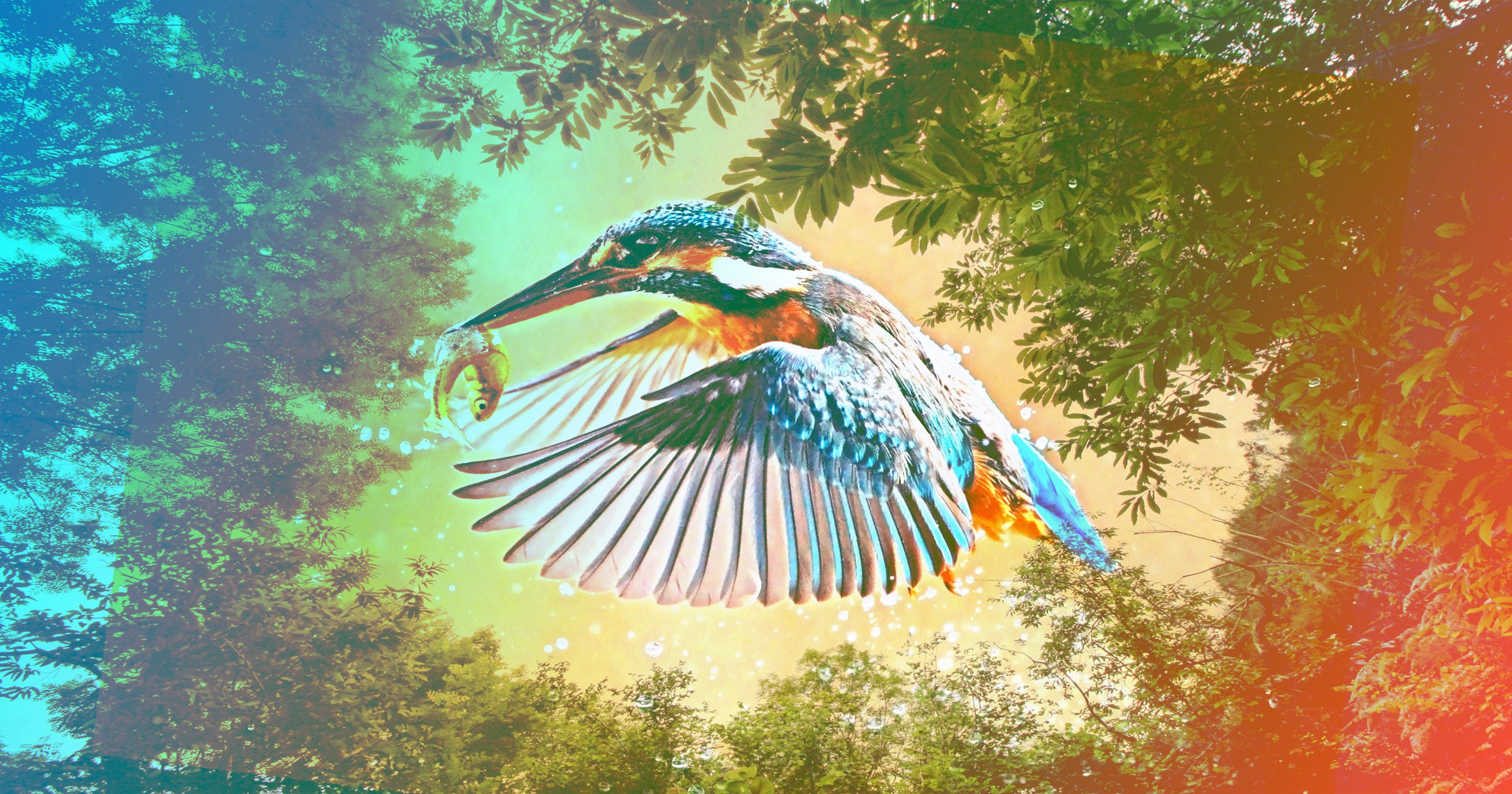 ‘There! Crossing the river, left to right. You see it? There! Nope, gone.’

So describes most people’s experience of a kingfisher. A flash of a thing and then no more.

And so it is with us on the River Wye, Herefordshire, as we paddle from our Pencraig campsite ten miles or so downstream to Symonds Yat.

Sand martins chatter and swoop above us. Grey wagtails land with a flick of their long tail. A lesser black-backed gull pecks through a big dead fish on a rock.

Himalayan balsam is widespread on the steep-sided banks here – as delicate pink as it is unwelcome and so unwelcome it is, in some real sense, illegal.

Under the Wildlife and Countryside Act, it is an offence to plant or cause it to be grown in the wild because of the effect it has on native flora.

It is a tall plant that was introduced to greenhouses in 1839 but is so vigorous that once it escapes – whether by the help of the wind, birds or insects – it swamps its neighbours wherever it lands, starving them of light and nutrients.

It is also attractive to pollinators such as bees, which favour it at the expense of other flowers.

Added to that, the pods burst with such power they can project seeds as far as four metres, some of which fall into the river to be spread downstream, where they drift ashore, make land and establish newer colonies.

And the only reason these interlopers remain is there are just too many of them.

We paddle past these botanical bad actors, through water clear and shallow, until we reach a family of mandarin ducks.

Because of something called ‘eclipse plumage’, it is impossible to tell whether we’re looking at males or females.

Eclipse plumage is the annual phase gone through by every adult male duck – or drake, to honour them with their proper name.

All adult birds, wildfowl or otherwise, replace their worn-out feathers ahead of winter in a process called moulting. And rather than doing this gradually, ducks replace their flight feathers all in one go.

No flight feathers means no flying. And no flying means being vulnerable to predators.

So, while it waits for new ones, the drake’s brightly coloured body feathers are replaced with brown ones so as not to stand out too much, leaving them indistinguishable from the plainer females – putting it into ‘eclipse’ between one year and another.

We paddle past these androgynous ducks, through water clear and shallow, until BOOM! Kingfisher.

It’s a fizzing flash of turquoise that disappears round the bend and out of sight, flying low over the water and in a line so straight it could be laser guided.

Seen sat still they are striking – chest the colour of a Terry’s Chocolate Orange wrapper, a honking great black bill that seems far too big, as if a kid wearing its mum’s shoes, and that vivid turquoise back and wings.

Except they are not what they seem, these kingfishers. Because that turquoise, that brightness that lassoes the eye is – just like our eclipse male ducks – a plain brown.

Without losing ourselves too much in the science of it – the turquoise feathers do not contain any blue pigment. Rather, the structure of the feathers filters out some light, leaving just that triumphant turquoise reflected back at the lucky viewer in a process called ‘structural colouration’.

Browns that are blue, criminal plants and androgynous ducks. All is weird, then, as we paddle on through the Wye, its waters clear and shallow.

People often ask how it is that bee-eaters don’t sting their mouths when eating bees. The only answer I can find is that they rub the prey against something first, to squoosh out the offending material.

Incidentally, the kingfisher does something similar to deal with the spiky fins of a stickleback – one of its favoured foods. It whacks the fish against a branch until the spines go limp. Or their stickles go back, if you will.