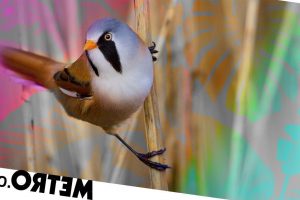 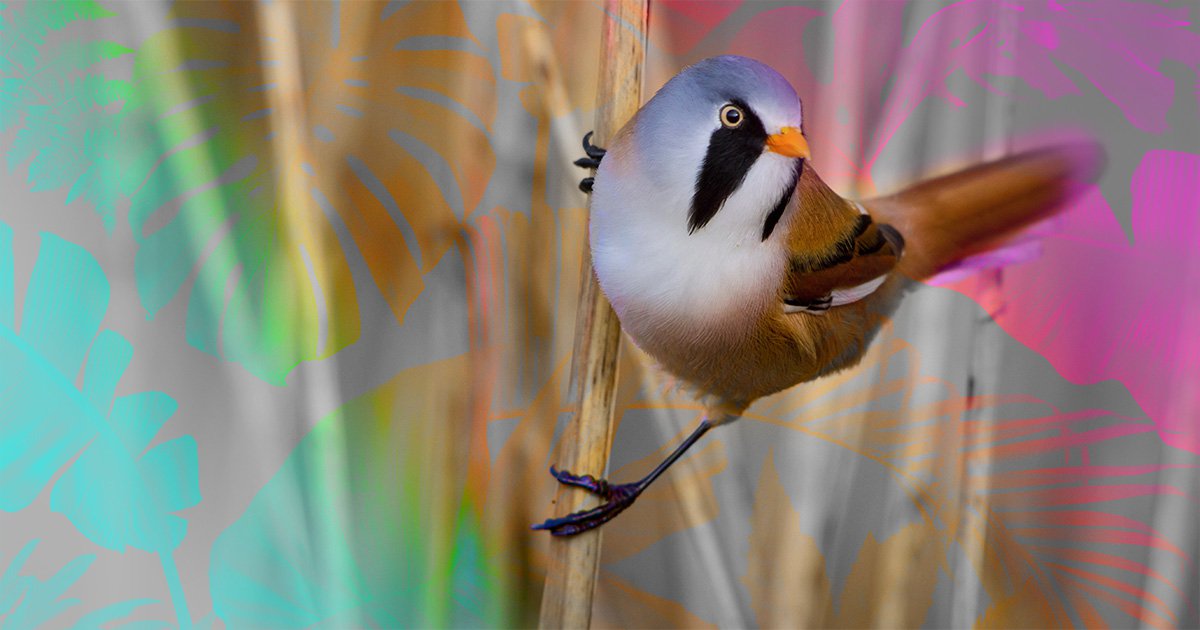 A buzzard sits on a nest box that pokes out above the reeds. Behind it, the A13 shoulders two lanes of traffic in and out of London. The sign says Dagenham 3, Barking 5, Docklands 10.

Alongside the dual carriageway is the high-speed railway for the Eurostar.

Scanning left we see cranes and pylons, then the mound of a landfill site. Closer is a brick wall topped with metal numbers one through to eight, each some six or seven feet tall.

Further left, an ocean vessel the size of a multi-storey car park drifts by on the Thames, which is out of sight behind the old seawall.

A small flock of starlings flies overhead. A stonechat drops down from one fencepost into the grass then returns another post along. It is another warm October Sunday.

We are at RSPB Rainham Marshes, in Purfleet, Essex, on what used to be a Ministry of Defence firing range and which almost became home to a theme park until plans were ditched in the late-1990s.

It was bought by the charity in 2000 and opened as a reserve in 2006. It is arguably the most important wildlife site in Greater London, home to large numbers of winter wildfowl, nesting bearded tits, grass snakes and water voles.

When we visit, the trees and bushes in the woodland area are taking on their autumn colours – the dogwood is crimson red, sycamores an apricot gold and bramble a deep plum.

Three common blue butterflies flit among the ivy, whose flowers are among the last to bloom, providing pollen late into autumn. A male brimstone butterfly zooms by. An aged female common darter dragonfly suns itself on a wooden handrail outside what used to be the cordite store.

A jay squawks unseen and chiffchaffs call from high up in the birch – are they travellers on their way south to Africa or some of the increasing number of these small birds that choose to stay and see if they can survive our winters?

Round to the Ken Barrett Hide and the towering pylons buzz and crackle above us. We are next to the A13 and railway line now and can see dozens of red double-deckers parked in Purfleet Bus Garage the other side of the dual carriageway. The occasional patch of the blue-flowered chicory grows by the path.

From the hide we see teal, our smallest ducks – the males coming out of their drab ‘eclipse’ plumage and showing signs of the dashing green flash that runs back from their eye to their neck. Two snipe probe the mud among the reeds with their long bills. A small flock of lapwing takes to the air, flashing white and black as they wheel and lands again.

The boardwalk ahead is closed for repairs so we retrace our steps, back past the impressive visitor centre that looks like the bridge of a spaceship overlooking the marshes.

We are Thameside of the reserve now and can hear the sound of the shooting clubs across the river in Kent. Over our left shoulder is the Dartford Bridge, where unknown to us, two environmental campaigners will climb its huge uprights the next morning to protest the government’s issuing of fossil fuel extraction licences.

We carry on until reaching the wall with the numbers. This was built in 1906 as a target for rifle practice. Birds of prey use it now as a vantage point. On a previous visit one spring, we saw a cuckoo sitting on number three.

Behind us and to our right, is a stretch of metal wall painted with scenes of artillery shells and soldiers taking aim at airborne Zeppelins.

Known as the ‘mantlet’, this is where the soldiers operating the targets would hide. It is now part-covered in scrub and sand, the latter acting as a home for mining bees. Wildlife, now, where the guns once fired.