Home » Travel » Nature Calls: A surprise family of hobbies in a secret spot in East Sussex

Nature Calls: A surprise family of hobbies in a secret spot in East Sussex 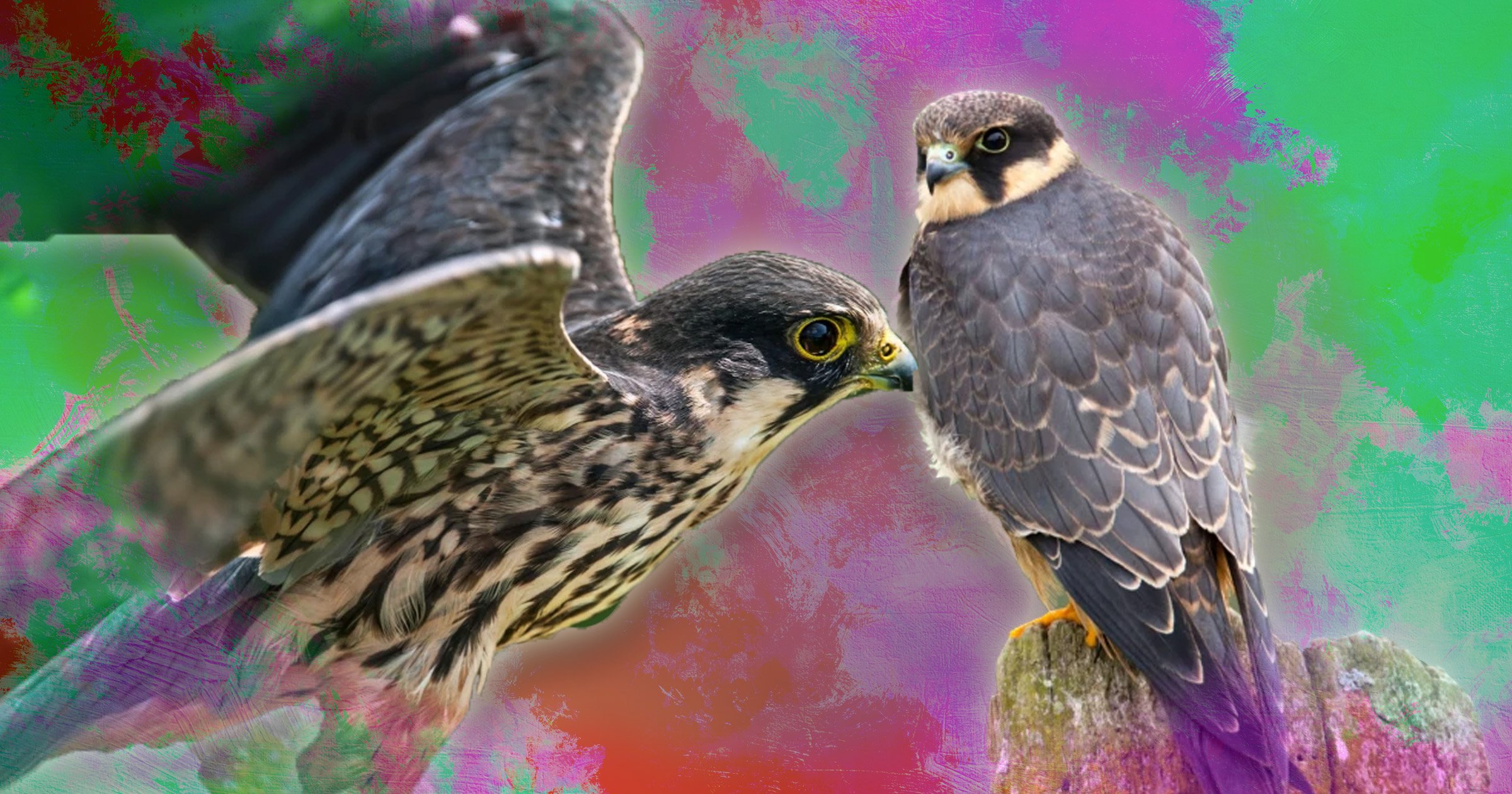 For reasons we’ll get into, we weren’t sure whether to say exactly where we are.

Ashdown Forest, in an area of East Sussex known as the High Weald, is as specific as we were going to be.

It’s a place of mixed woodland and heathland – purple heather dotted through with silver birch saplings against mature Scots pine and oak, with the occasional rowan already in full berry when we visit.

It’s also the setting for Winnie-the-Pooh, whose creator AA Milne lived on its border.

His famous bear was always on the lookout for honey. We have something else in mind – the golden-ringed dragonfly, which, at more than three inches, is the longest dragonfly in the UK.

We do see one, briefly, in a busy five minutes made up of a baby adder so small we initially mistake it for a lizard, a European hornet the colour of amber and a pair of common redstarts, the male of which darts from a shrub in a failed attempt to snap a passing large white butterfly.

Any of these would have made the trip but soon after, in a clearing we see a family of five hobbies, fantastically nippy birds of prey the size of kestrels that hunt mainly dragonflies on the wing.

What a sight! How rare to see a family together like this.

Unlike kestrels, which are grey and rufous orange, the hobby – also a falcon – is dark grey almost black with a white chest streaked with black vertical stripes.

They have yellow legs and red ‘trousers’ and a neat little moustache running down each side of a yellow hooked bill.

Summer falcons, they breed in the UK and winter in Africa.

And thanks to a certain tabletop football game, they are one of a small handful of birds the Latin names of which may be known by passing enthusiasts – falco subbuteo.

Subutteo, launched in the late 1940s, popular through the 70s, discontinued this century, was created by Peter Adolph, who was something of a birder and whose favourite bird was the hobby.

The story goes that when he was refused the trademark ‘Hobby’ for his game, it was to the Latin he went and the rest, as they say, is a small footnote in British and European social history.

We watch the hobbies for half an hour. The young scruffier – plumage not yet smart flinty grey – and their bills blue, not yet yellow. They ‘keen’ or ‘keww’ to each other across the clearing, perched on branches within 50ft of each other – and the nearest not more than 50ft from us.

They fly, twisting and turning on long narrow pointed wings and it may be their youth but some seem yet unable to master the art of landing smartly.

We see one of the five carrying a small mammal prey – it’s not just dragonflies, then – and another zooms into its airspace. The prey-carrier flips on to its back then flips back again. Is this an attempted food pass or an attempted theft?

So, why the worry about saying where we are?

Nesting birds face risks, through disturbance, mainly – but incredibly in this day and age, from egg collectors. Some people evidently still must own things they have no call upon owning.

But no one wants to become an inadvertent accomplice to wildlife crime so caution must be exercised – an email to Sussex Ornithological Society puts our mind at rest. It’s OK to say where we are.

It is Sussex Wildlife Trust’s Old Lodge reserve, among the Scots pine and the heather.