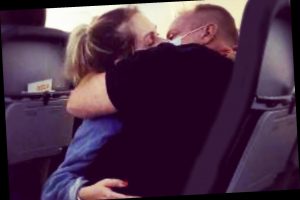 A COUPLE travelling on a flight in the US have been slammed online for a graphic public display of affection during a flight.

The man and woman did, however, manage to keep their masks on. 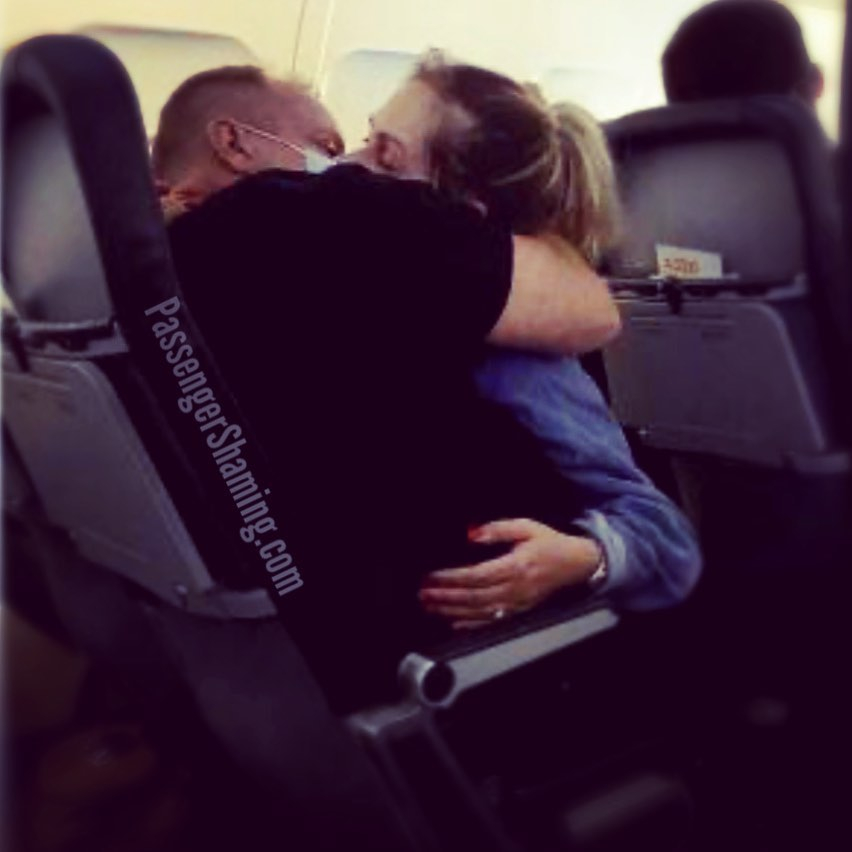 The image was shared by Instagram account Passenger Shaming, which shows the weirdest and often disgusting situations on a flight.

The couple, with their masks on, were spotted getting amorous in their seats with the woman leaning over her partner and kissing him while he had his arms around her.

It isn't clear which airline they were flying with, although some suggested it was an Allegiant flight.

Deanna Nicolozakes, who took the image, said this wasn't even the worst of what they did during the flight.

She wrote on Instagram: "This was on my flight from Fort Lauderdale, FL to Columbus, OH." 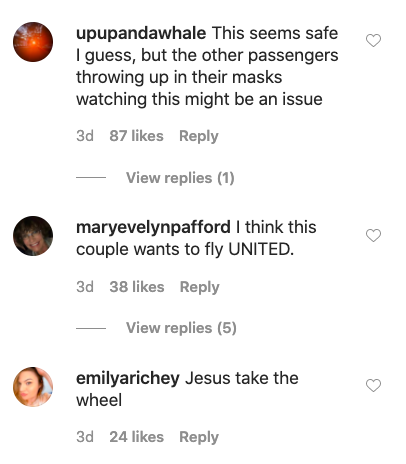 "This couple was peachy. First he was spoon-feeding her, literally, with a spoon.

"Then he had taken her socks off to massage her feet. And we ended the show with this. I had to document."

Other people were just as shocked. One person remarked: "Of course it’s Florida to Ohio."

Another joked: "This seems safe I guess, but the other passengers throwing up in their masks watching this might be an issue."

Some people didn't see the issue – one person said: "No shame, she looks hot."

Others said they were being sensible: "They are sharing air, so not to spread the virus."

It sadly isn't the worst thing to have been spotted on a plane – one woman was shamed online after she was caught straddling her partner in his seat.

Another woman was caught putting her bare feet around her partner on a flight from behind.

Yet her partner seemed unfazed by her extreme efforts to get comfortable – and gently rested his right arm on her leg.