Home » Plan your next hike at one of these mountain trails with sweeping views, physical challenges

Plan your next hike at one of these mountain trails with sweeping views, physical challenges 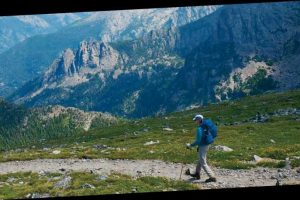 Hiking on mountains offers both physical challenges and sweeping views, the author says. “They call to our sense of curiosity about the land and our sense of adventure about being outside.”

But make sure if you’re going on a cold-weather hike, that you’re prepared with the right gear to keep you warm and safe.

Cold-weather hiking: 15 things you need to go hiking during the winter

Winter camping: No, cold-weather camping is not a terrible idea – and here’s why you should try it 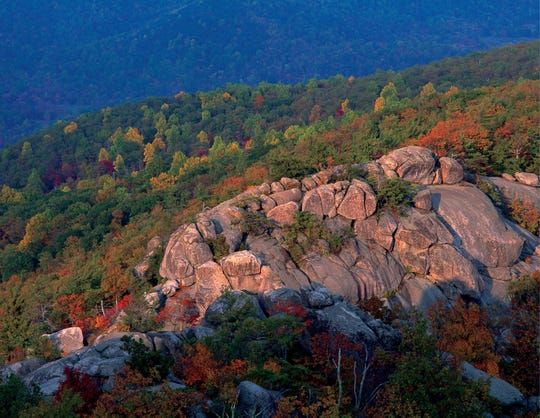 This Shenandoah National Park trail offers hikers a scenic climb through dense Appalachian forest, ending with a boulder scramble to views of the Blue Ridge Mountains. “It’s the greatest mountain hiking within easy reach of Washington, D.C, and the East Coast,” Palmer says. He suggests visiting on weekdays to avoid crowds.

Palmer has high praise for this Glacier National Park trail, calling it “an American masterpiece of mountain hiking.” The out-and-back trek climbs above timberline. “You walk across this cliff face with spectacular views into this immense U-shaped alpine canyon,” he says. 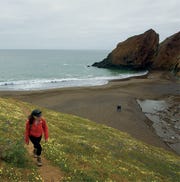 From downtown San Francisco you can literally walk to a network of hiking trails in the Marin Headlands at the northern end of the Golden Gate Bridge. (Photo: Tim Palmer)

From downtown San Francisco you can literally walk to this network of hiking trails at the northern end of the Golden Gate Bridge. The green space is part of the Golden Gate National Recreation Area, and Palmer particularly loves visiting in spring, when the meadows are green and flowery. “While the rest of the country’s locked up in winter, you get this breath of springtime,” he says. “It is one of the real highlights of mountain recreation terrain, right next to a major metropolitan area.” 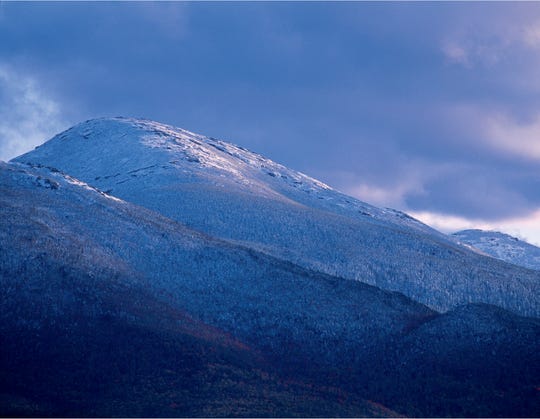 The Adirondacks were one of the first areas in the country to attract outdoor vacationers, Palmer says. “The trails there have been hiked for centuries.” But this outing near Lake Placid still delivers, reaching the top of New York’s second-highest mountain. “You start out in the forest and end up above tree line. It’s a big climb with a long view across an ocean of peaks.”

This popular Rocky Mountain National Park hike offers a workout, gaining more than 1,200 feet over a 9-mile round trip that crosses the Continental Divide. The trail’s easily reached by park shuttle bus, and hikers are rewarded with scenic mountain meadows. “It has this wonderful combination of being accessible and really spectacular,” Palmer says. “You get these awesome views of the Front Range of the Colorado Rockies and these peaks leading out to the distance.” 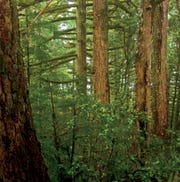 This southeast Oregon peak is among the state’s tallest, rising directly from the ocean, which rewards visitors with dramatic Pacific views. Palmer, who lives in the region, says the state park trail offers old-growth forest scenery and a good mountain hike. The area doesn’t get a lot of snow, making it possible to climb in all seasons.

Best known as the northern terminus of the Appalachian Trail, this Baxter State Park hike still rewards day trippers. “It’s the only mountain in the East that really evokes the spectacular mountain scenery of the West,” Palmer says. The 10-mile round trip hike to the more-than-5,000-foot summit can be done in a day, but it’s also a popular overnight trip. 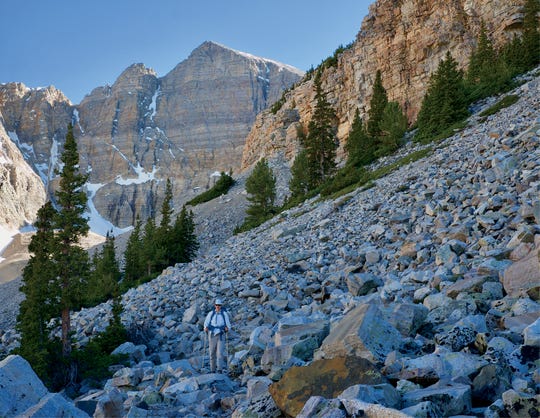 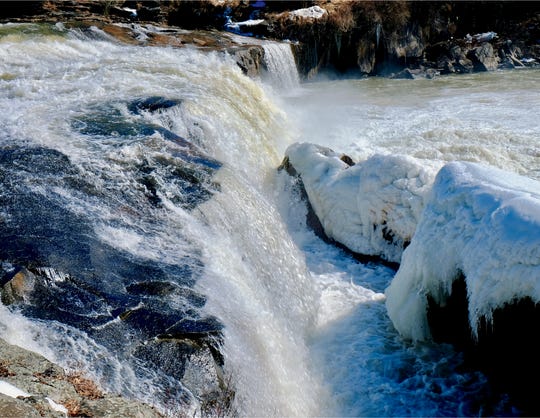 Whitewater rafters know the challenging rapids on the Youghiogheny River, but the areas is also ideal for hiking. (Photo: Tim Palmer)

Whitewater rafters know the challenging rapids on the Youghiogheny River, but the area is also ideal for hiking, Palmer says. The flat, scenic trail cuts through western Pennsylvania’s Ohiopyle State Park. “There are waterfalls and rapids and trees that have been growing for 100 years and longer. “It’s one of these great hikes that most people can do.”

Palmer calls this Pacific Northwest national park an American classic. It’s the highest peak in the Cascades, and often seen from Seattle, 60 miles to the south. “It’s a big godlike mountain looming over the city.” He suggests hiking through its high-country meadows and even up to the headwalls of glaciers. But don’t plan to reach the peak without extensive experience and preparation. “It’s a very serious mountaineering event.”