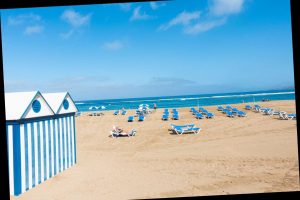 SPAIN holidays as brits know them may be gone for good unless tourism returns by the summer, according to travel experts.

He explained that the country needs a "roadmap which includes a 24/7 and public-private vaccination strategy, protocols and coordinated measures to travel safely with tourist-issuing markets".

President of the Balearic government, Francina Armengol previously said that they hope for the season to start in June, but Spanish Prime Minister Pedro Sanchez says that the season will not get into full swing until September.

Javier Marco, medical director of a new Covid hospital in Madrid, explained that a "good percentage" of the population won't be vaccinated util the end of the summer.

Experts in the UK have also warned that while the vaccination programme is positive in Britain, it needs to be global before holidays abroad can resume normally.

Spain is currently under strict lockdown with a nationwide curfew until May, with flights between the UK and Spain suspended.

The travel ban, which is under constant review, is now in place until February 16.

Spain has not closed their borders altogether with Spanish residents still able to return from the UK.

However, new travel restrictions require a negative coronavirus test on arrival to Spain, as well as one to enter the UK along with a mandatory quarantine.

Majorca also fears that they need to recover by the summer or they won't be able to at all.

Vice chairman of the Majorcan Gastronomers Association Helmut Clemens told German media: "I assume that 40 per cent of all catering businesses will not make it."

Also a chef, he has already had to close one of this three restaurants.

Food shop owner Stefan Huber said: "I've set June as my deadline. If things don't pick up again by then, I'll shut down. For good."

The Spanish island has been one of the hardest hit by the pandemic, with the holiday destination reliant on tourism.

However, Ryanair boss Michael O'Leary has predicted the return of British tourists to Spain by the summer, thanks to the vaccine rollout.

He explained on BBC's Today programme that with the UK aiming to vaccinate all over 50s, along with Europe planning similar goals by the end of June, he expects a "strong recovery of beach holidays and family holidays going to Europe this summer".

He said, once the vaccination reduces the number of coronavirus-related deaths: "We expect to see a very strong return of British families travelling to the beaches of Spain, Portugal, Italy and Greece in relative safety this summer thanks to the vaccine programme."

Mr O'Leary added: "I think [there will be a] strong return to travel and normality for the travel sector by the end of 2021."