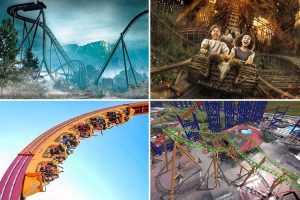 ARE you brave enough to ride a roller coaster ringed with fire or come face-to-face with the world's tallest rapid river drop?

From gravity defying drops to virtual reality trips, you won't believe the thrills coming to theme parks in 2018. 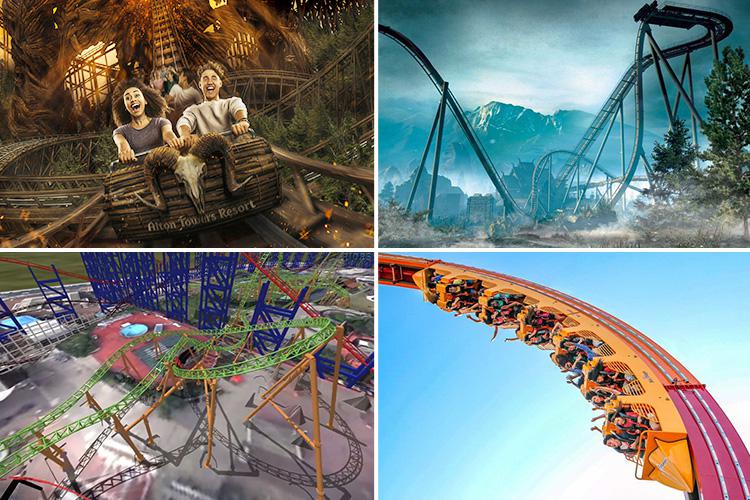 If you're looking to dust away some cobwebs this year then you'll have plenty of opportunity thanks to the opening of some eye-poppingly exciting new rides.

Fasten your seatbelts for our top picks. 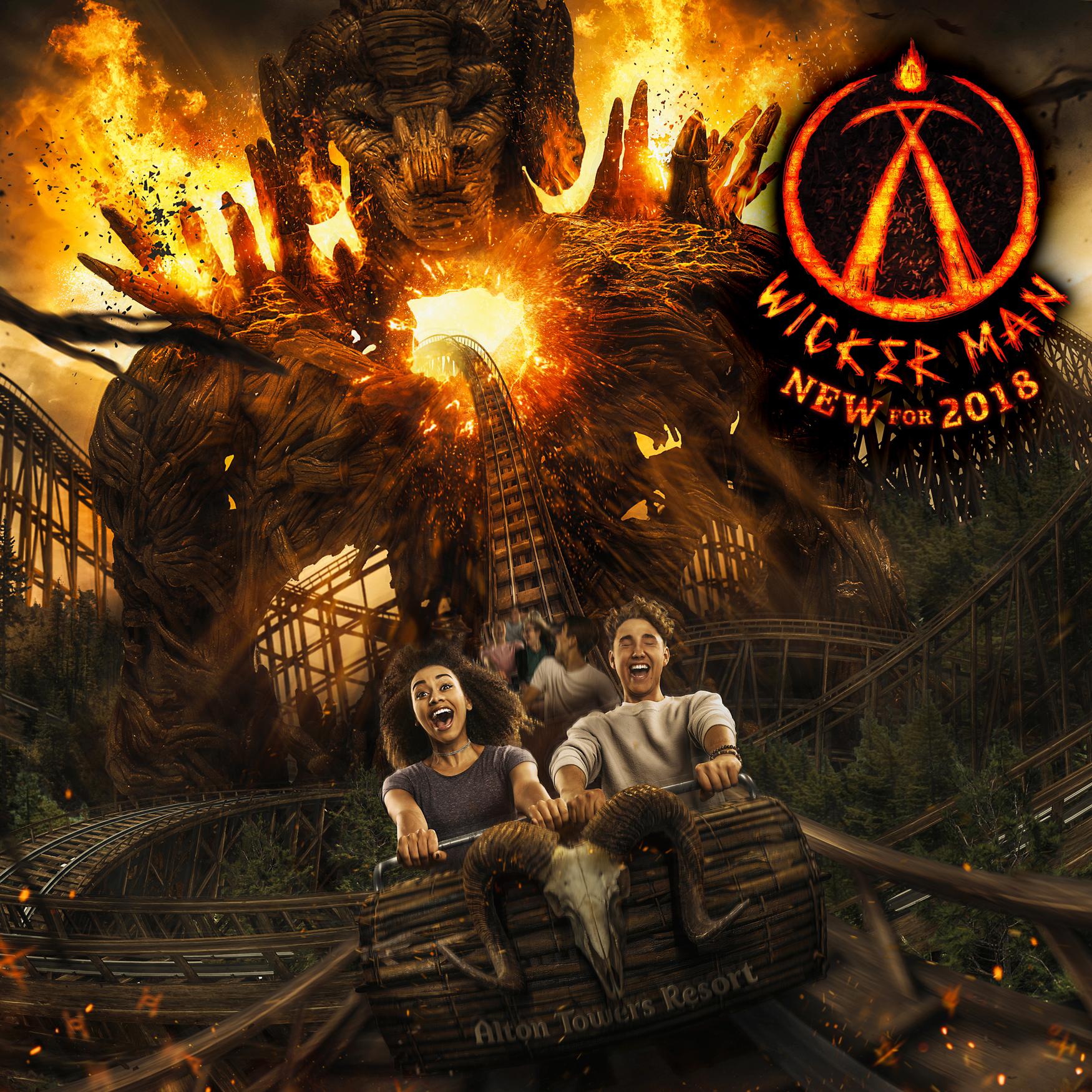 It has been a top secret project for four years, but Alton Towers' brand new rip-roaring £16m ride will finally open this Spring.

The highlight will be a six-storey wicker man, which appears to burst into flames as thrillerseekers hurtle past.

It is the first wooden rollercoaster to be built in the UK in 21 years and the second ride to be constructed at the park in Staffordshire since the Smiler crash in 2015.

Bradley Wynne, Creative Lead at Alton Towers Resort said: “We hope visitors will be blown away by Wicker Man’s breath-taking scale whilst the primal essence of the wooden coaster and astonishing effects will leave them delighted, exhilarated and eager to ride again.” 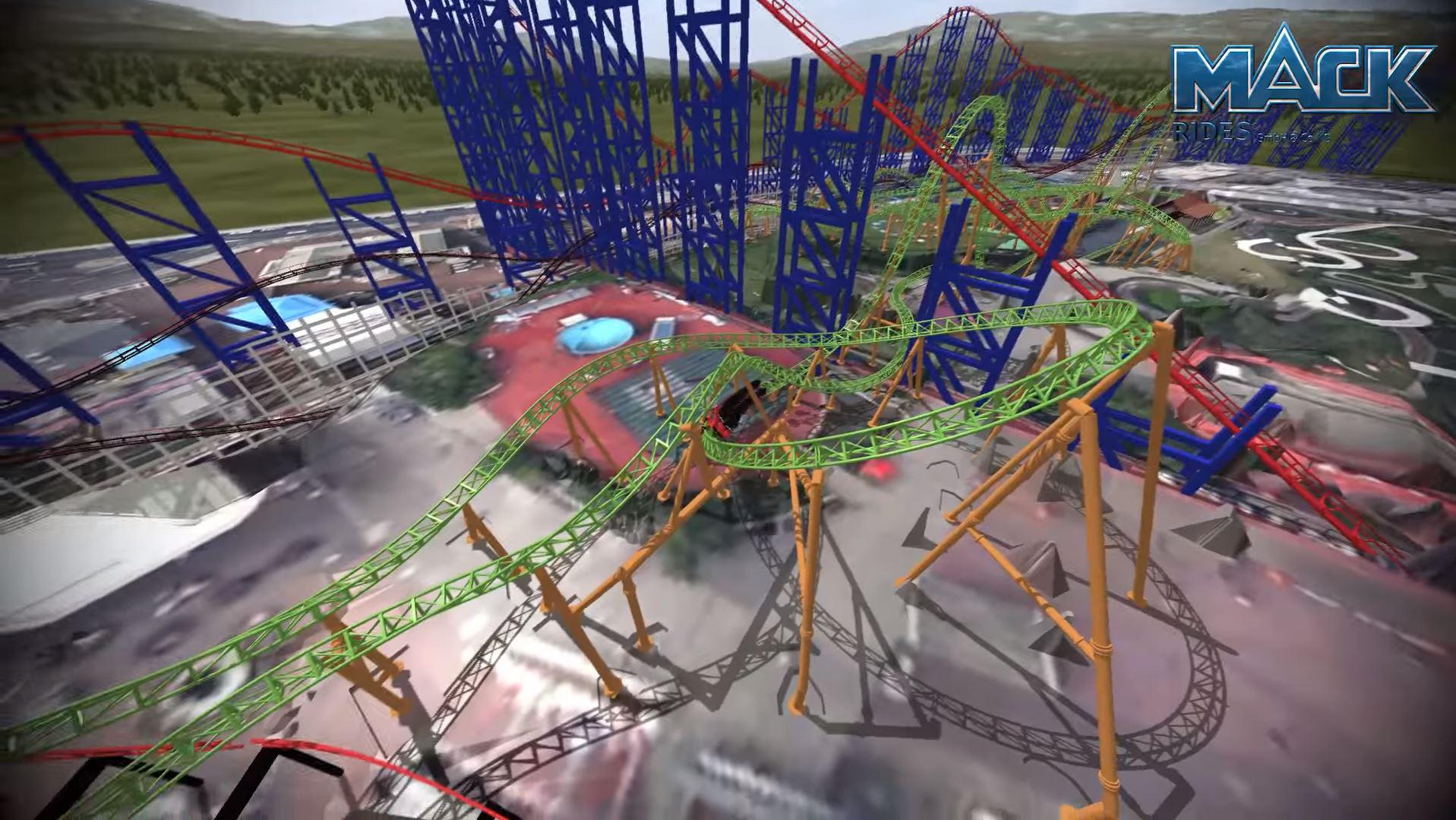 If you like your rides fast and furious, hold onto your hats.

At Blackpool Pleasure Beach thrillseekers can experience the same acceleration that a Formula 1 driver feels, as hotly anticipated ride ICON zooms to up to 80 miles per hour.

It will be the UK’s first double launch roller coaster – where the roller coaster gets two powerful thrusts of acceleration during the ride instead of just one at the beginning.

Whizzing past the theme parks other attractions, bosses call it the world's most interactive rollercoaster, with 15 interactions involving five different rides and two tunnels

Reaching heights of up to 88.5ft and dropping 82ft, it will certainly be one of the world's terrifying.

Across the pond in Florida, SeaWorld theme park will welcome Infinity Falls – the world’s tallest river rapid drop – this summer.

Inspired by the rainforests of South America, each raft will swirl through a lush jungle environment giving guests the feeling of bounding over Class IV rapids.

A vertical elevator will lift each raft for a dramatic launch into the river, which will run 40 feet below the drop.

Fancy your chances fighting against the Rebellion?

At the VOID, a hyper real virtual reality experience opening at Disneyland, California, this month, Star Wars fans can go undercover as a stormtrooper, fighting alongside K-2SO.

In groups of four, teams will go undercover as stormtroopers to capture Imperial intelligence vital to the budding rebellion’s survival.

Under the orders of the budding rebellion, each team will travel to the molten planet of Mustafar, where they have to solve puzzles, and fight giant lava monsters in an effort to fulfill their orders. 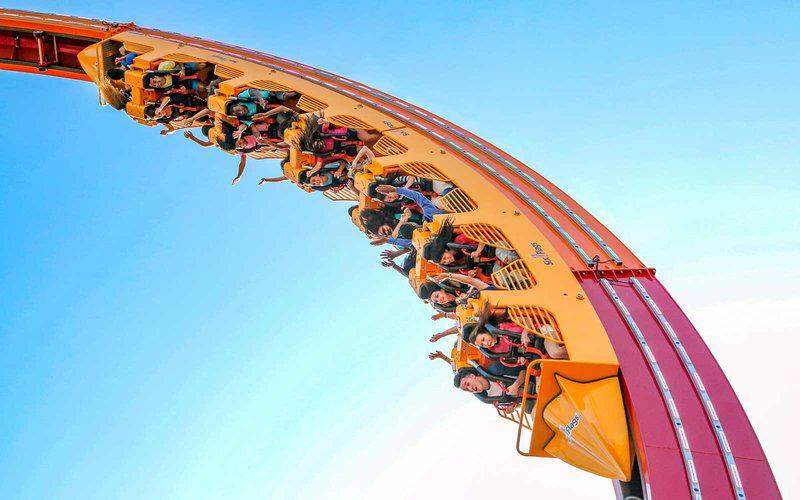 The nail-biting ride – which hasn't been named yet – will give adrenaline junkies record hang-time and 360 degree revolutions.

There will be a backwards loop, then a forwards loop, and maximum hang time from the top in the middle.

The 32 seats will be built back to back and face to face so everyone can see their fellow riders' reactions.

Vertigo sufferers might want to take a rain check. 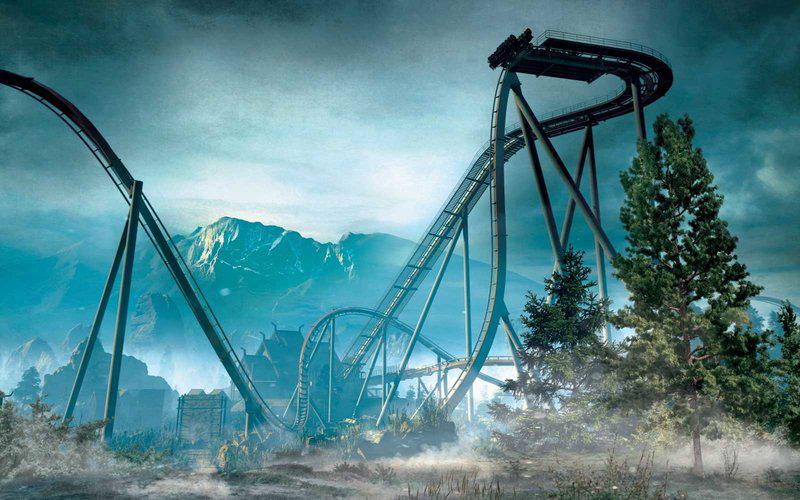 Liseberg's Valkyria in Gothenburg, Sweden will feature a 164-foot drop, part of which shoots directly underground, at a maximum speed of 65 miles per hour.

With plenty of dramatic twists, you'll need to hold onto your lunch, this one's going to be a stomach churner. 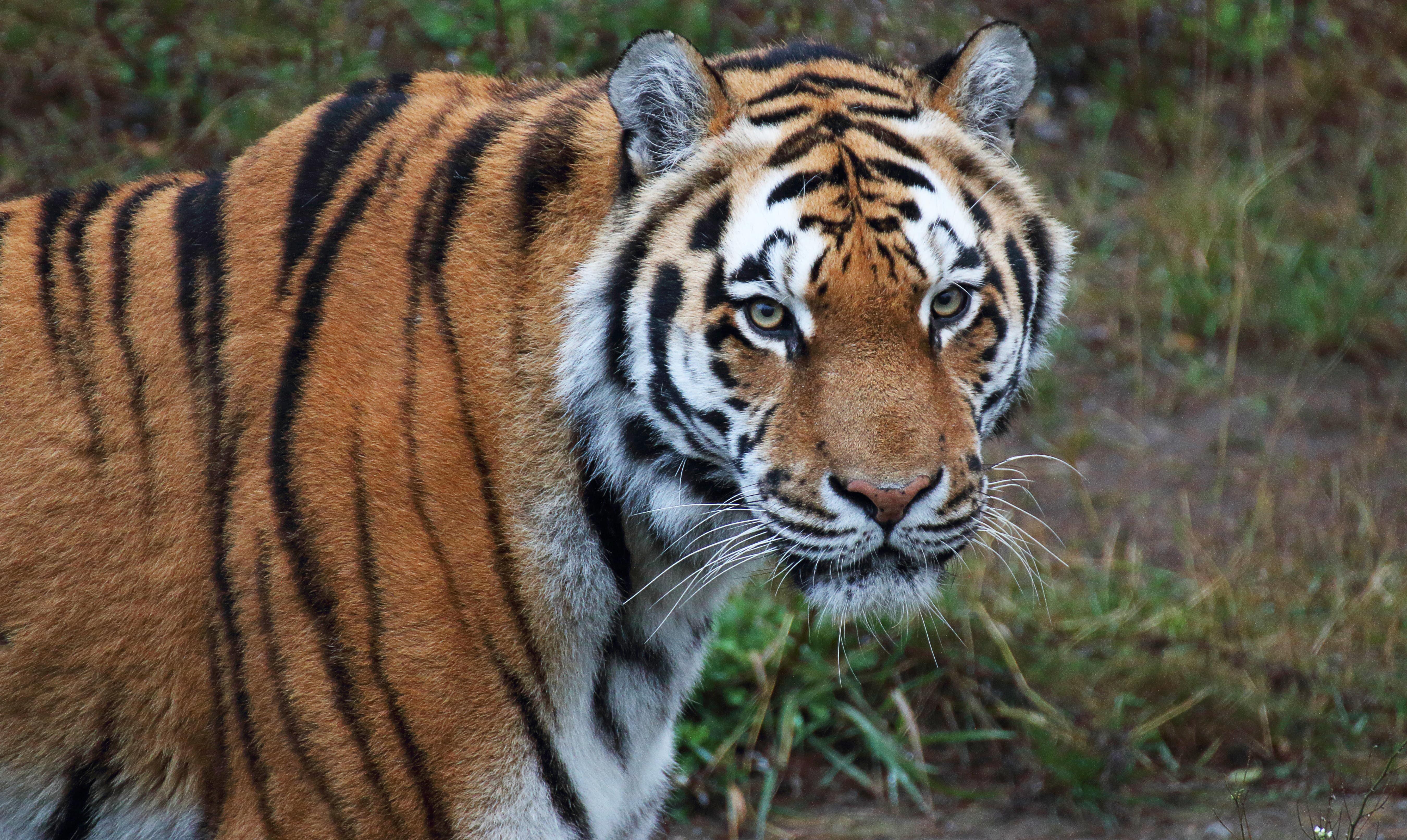 For those who prefer their attractions a little fluffier – Chessington World of Adventures are introducing four fearsome new arrivals.

Multi-million pound experience, Land of the Tiger, opening at the Surrey resort in Spring, will feature Europe’s first overhead tiger trails – along with a family of four endangered Amur Tigers.

Visitors will be able to view big cats Olga, Tsar, Kalinka and Kyra from below as well as join experienced Carnivore Keepers for other tiger experiences. 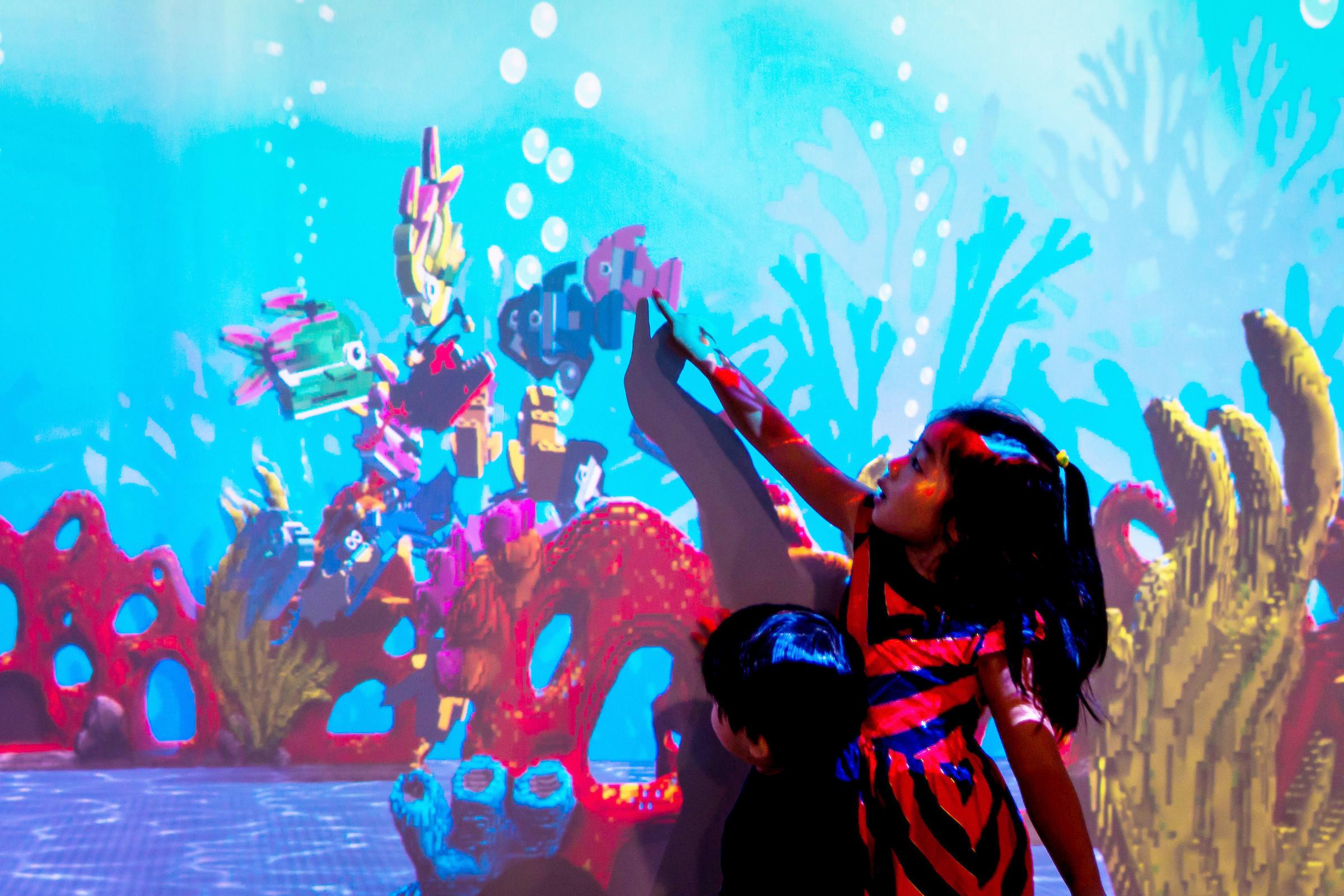 As well as updates to Legoland's world famous Miniland including new landmarks from India, Russia, Australia and China, from March 9, Lego fans can get a taste of the Big Apple as the theme park introduces Miniland USA.

Iconic American monuments like the Empire State Building, route 66 and even Area 51 will be constructed from hundreds of thousands of Lego bricks.

Also new for 2018 is the awesome Lego reef, where families can dive deep under the sea and build their own Lego fish using touch screen technology.

They'll even be able to feed their creations and watch them swim through an incredible virtual coral.