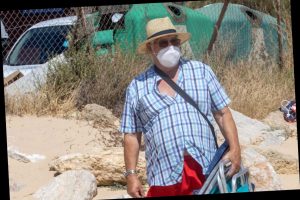 BRITISH holidaymakers jetting to Majorca and Ibiza this weekend will have to wear face masks whenever they leave their hotel rooms, it emerged today.

The Balearic islands announced they were tightening the rules on the use of masks just hours after Catalonia revealed it was making them obligatory at virtually all times in public. 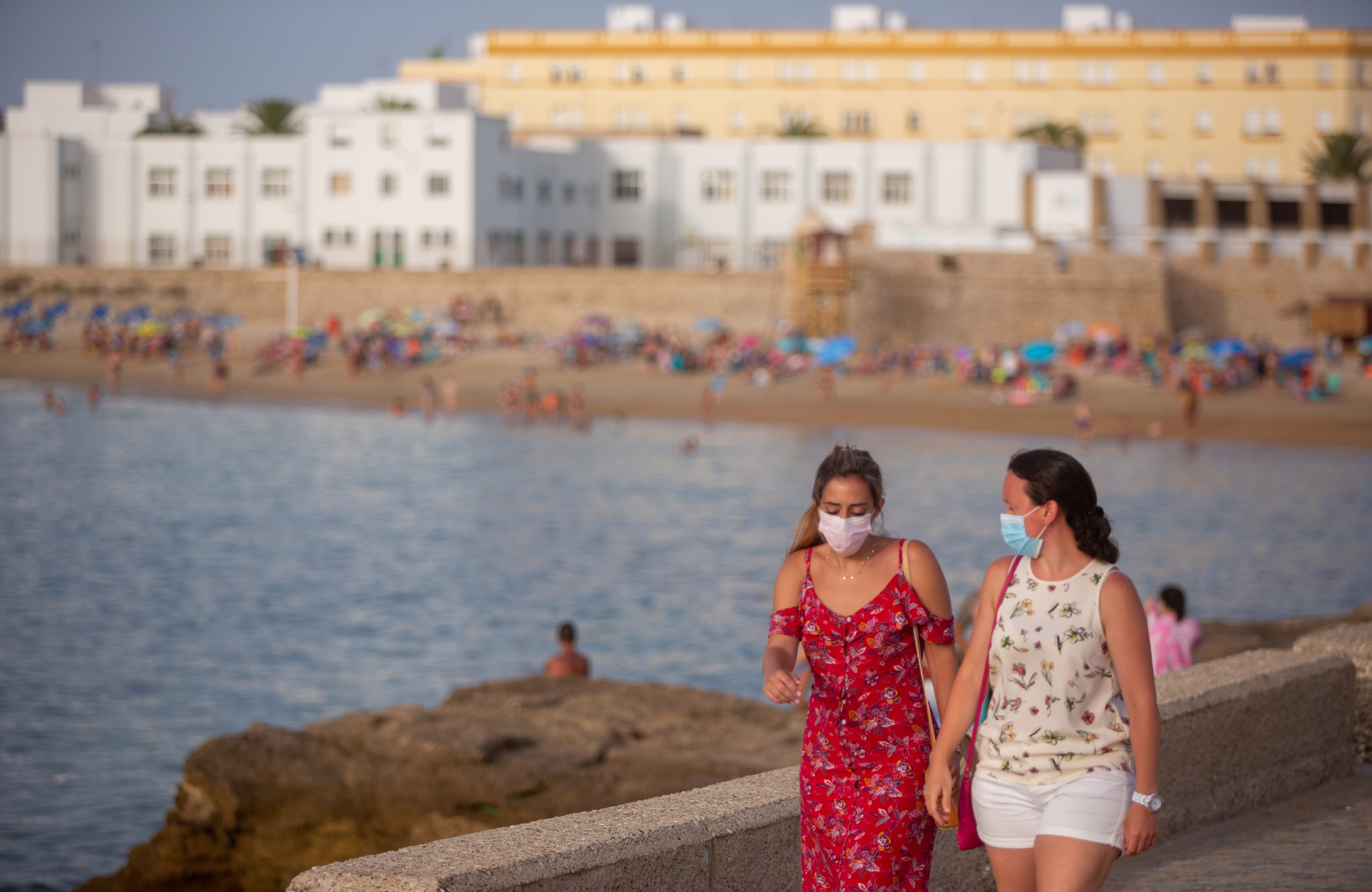 It has not yet been confirmed if they will be mandatory on the islands’ beaches.

Catalonia, which includes Barcelona and the Costa Brava, was expected to make sunseekers wear them even when they were topping up their tans, although yesterday it emerged the exceptions on their use extended to sunbathing.

The new rules on face masks have already kicked in in Catalonia and are expected to start applying in the Balearic Islands from Saturday.

People who flout the order to cover up their mouths and noses will be hit with a fine of 100 euros (£90). 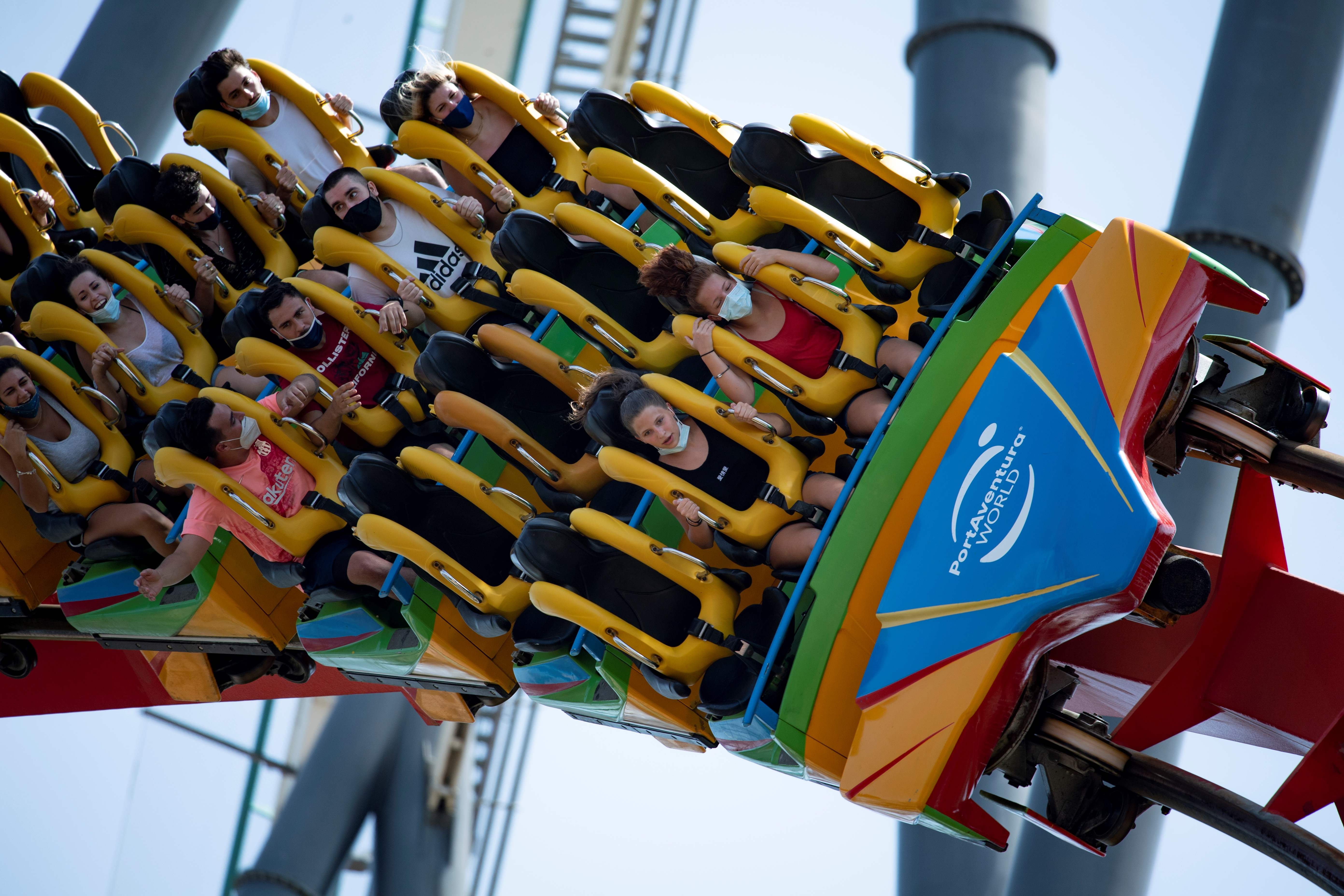 Up until now, face masks in Spain have only been obligatory in closed public spaces like shops, as well as public spaces outdoors where social distancing of around five feet could not be guaranteed.

In Catalonia and the Balearic Islands, their use outdoors is becoming mandatory at all times.

The change means that tourists and locals will leave themselves open to fines if they go for a morning stroll along an empty stretch of beach or leave their spot on the sand to walk to a beach bar.

People practicing sport and children under six are being exempted. 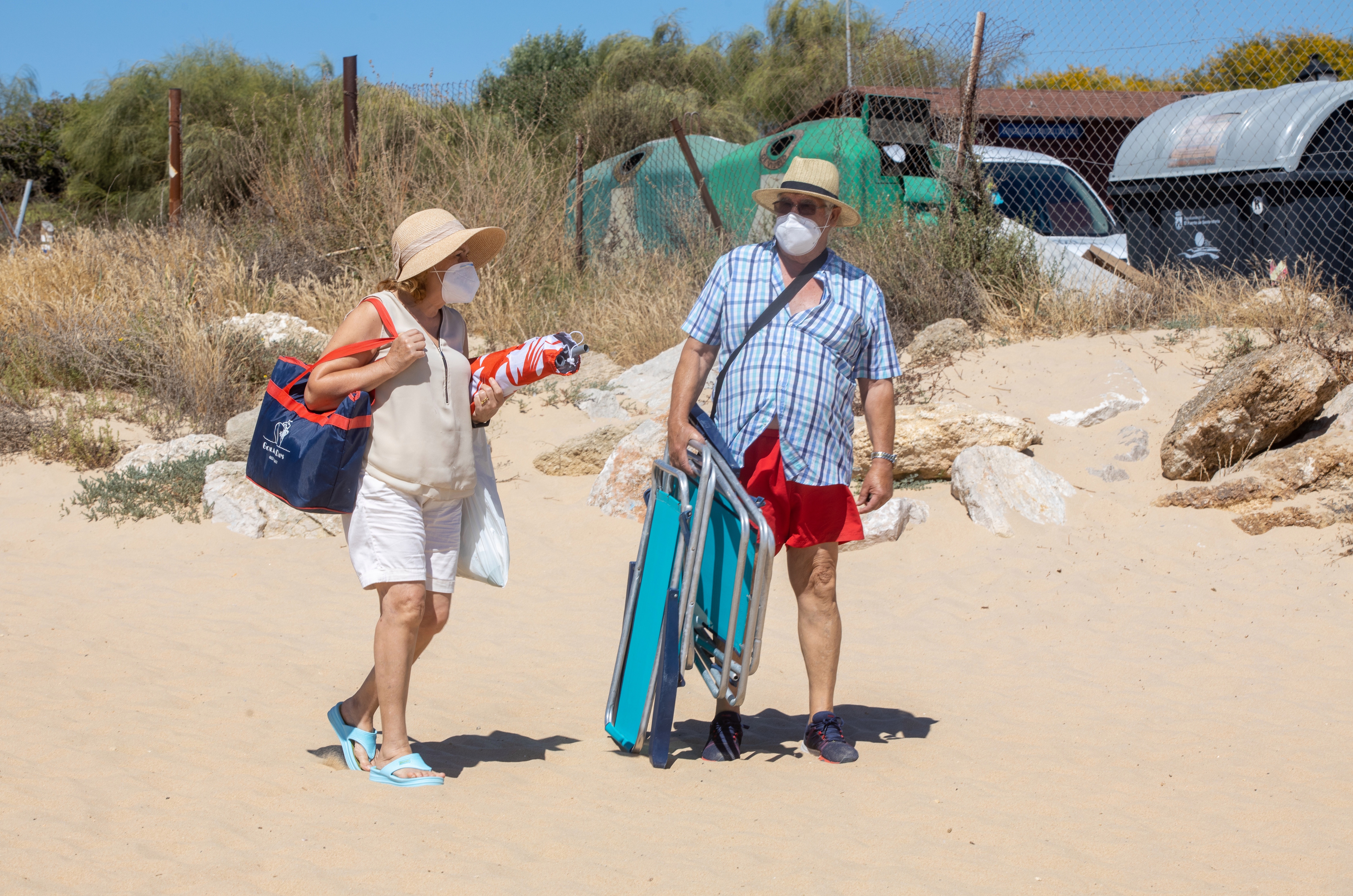 Those who share the same roof will also continue to be allowed to take off their face masks to travel by car.

This means a British family who hire a rental vehicle will not face any action if they are stopped for not covering up their noses and mouths while they are on the road.

Police are expected to be advised to give foreign holidaymakers who may be unfamiliar with the new rules a warning before they start fining people.

There has been no news yet on whether other Spanish regions including the Costa del Sol will follow suit in the next few days.

The rule changes in Catalonia and the Balearic Islands come on the back of mini-lockdowns caused by new Covid-19 outbreaks in La Marina north of Lugo in Galicia, and the Segria region of Lleida province near Barcelona.

The lockdowns, which have led to police closing down the regions to outsiders, have affected around 300,000 people.