Home » Travel » Trailfinders is named the UK's best holiday provider in 2020 by Which?

Trailfinders is named the UK's best holiday provider in 2020 by Which? 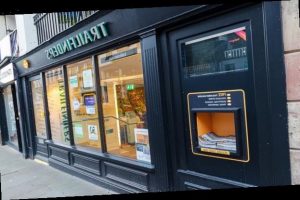 Trailfinders is named the UK’s best overall holiday provider in 2020 by Which? after ‘a stellar response to customers impacted by the fallout from Covid-19’

Trailfinders has been crowned Holiday Provider of the Year by consumer choice brand Which?.

Every year, the Which? Awards recognises companies across a range of sectors for delivering excellent products, top-notch customer service, innovation and breadth of offering.

This year, the award judges also took into consideration how brands had responded to changes in consumer needs as a result of the coronavirus pandemic while making their decisions. 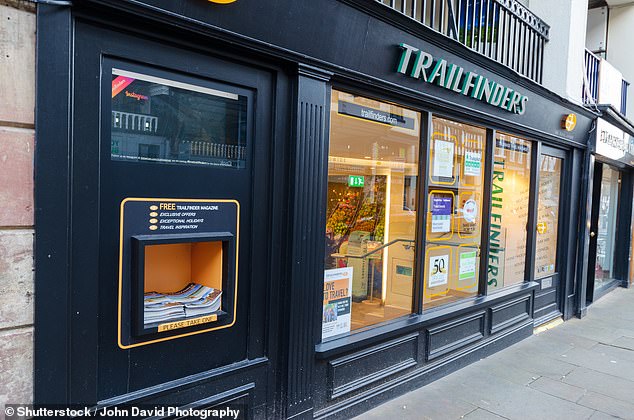 Trailfinders has taken the title of Holiday Provider of the Year at the Which? Awards 2020. The judges called the travel company’s response to the Covid-19 pandemic ‘stellar’

Which? said it had cherry-picked Trailfinders for the Holiday Provider of the Year award as a result of the company’s ‘stellar response to customers impacted by the fallout from Covid-19’.

Anabel Hoult, Which? chief executive, said: ‘The Which? Awards are here to help people make smarter choices by shining a light on those businesses that are putting consumers first. This has been especially pertinent this year given the significant impact Covid-19 has had on consumers.

‘The travel industry has been severely impacted by the pandemic as airspaces were closed and travel restrictions were implemented. Trailfinders responded brilliantly and promptly refunded customers when many other companies faltered.’ 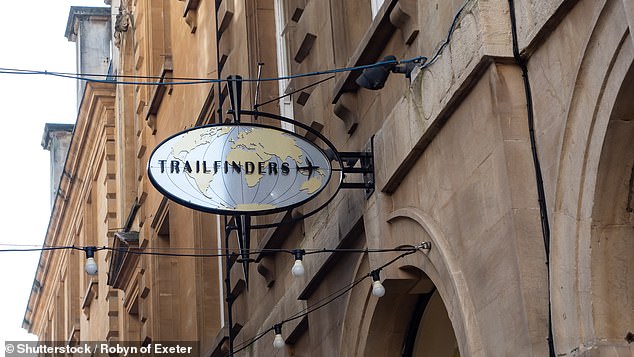 Trailfinders celebrates its 50th anniversary in 2020. The company sells everything from safaris to honeymoon trips to the British public

It’s not the first time Trailfinders has caught the eye of the Which? award judges. In 2019, the company took the title of Travel Brand of the Year.

It was also ranked number one in Which?’s annual Package Holiday Provider Rankings in July 2020. These rankings were compiled following a survey of 4,000 holidaymakers.

And in May 2020, Trailfinders came an impressive ninth out 53 providers in a MoneySupermarket ranking of the ‘best and worst’ travel firms for handling coronavirus cancellation refunds.

In response to winning the award Trailfinders’ executive chairman Mike Gooley said: ‘The pandemic has shone a light on just how important the client-first approach is within the travel industry.

‘With the global shutdown of travel, along with a need to equip almost 1,000 staff to work from home, Trailfinders stepped up to the plate and repatriated 20,000 travellers, rearranged over 100,000 holidays, and refunded 140,000 clients a total of £180million – all with our clients seeing no break in service.

‘Trailfinders’ staff have worked phenomenally hard this year, under very difficult circumstances and we’re thrilled their efforts have not only been recognised by our clients, but by consumer champions Which?’.

The Which? Awards has traditionally been announced in an in-person awards ceremony, but this year, due to the pandemic, the winners were announced over social media.

Just like Which?’s product testing and investigations, the Which? Awards are completely independent. Brands can’t nominate themselves for a prize or influence the judges’ choice of winners.

Trailfinders celebrates its 50th anniversary this month. The company sells everything from safaris to honeymoon holidays to the British public.

Other, non-travel, winners in the Which? Awards include Nationwide for Which? Banking Branch of the Year, Kenwood for Kitchen and Household Products Brand of the Year and Miele for Large Kitchen Appliance Brand of the Year.

END_OF_DOCUMENT_TOKEN_TO_BE_REPLACED

END_OF_DOCUMENT_TOKEN_TO_BE_REPLACED
We and our partners use cookies on this site to improve our service, perform analytics, personalize advertising, measure advertising performance, and remember website preferences.Ok