TRAVEL bosses have demanded an end to expensive Covid tests for Brits returning from holidays to the UK as Omicron is "already here".

They have been branded as "rapidly out of date" and "pointless" as the UK becomes a global hotspot for the latest variant and as new restrictions are dismissed. 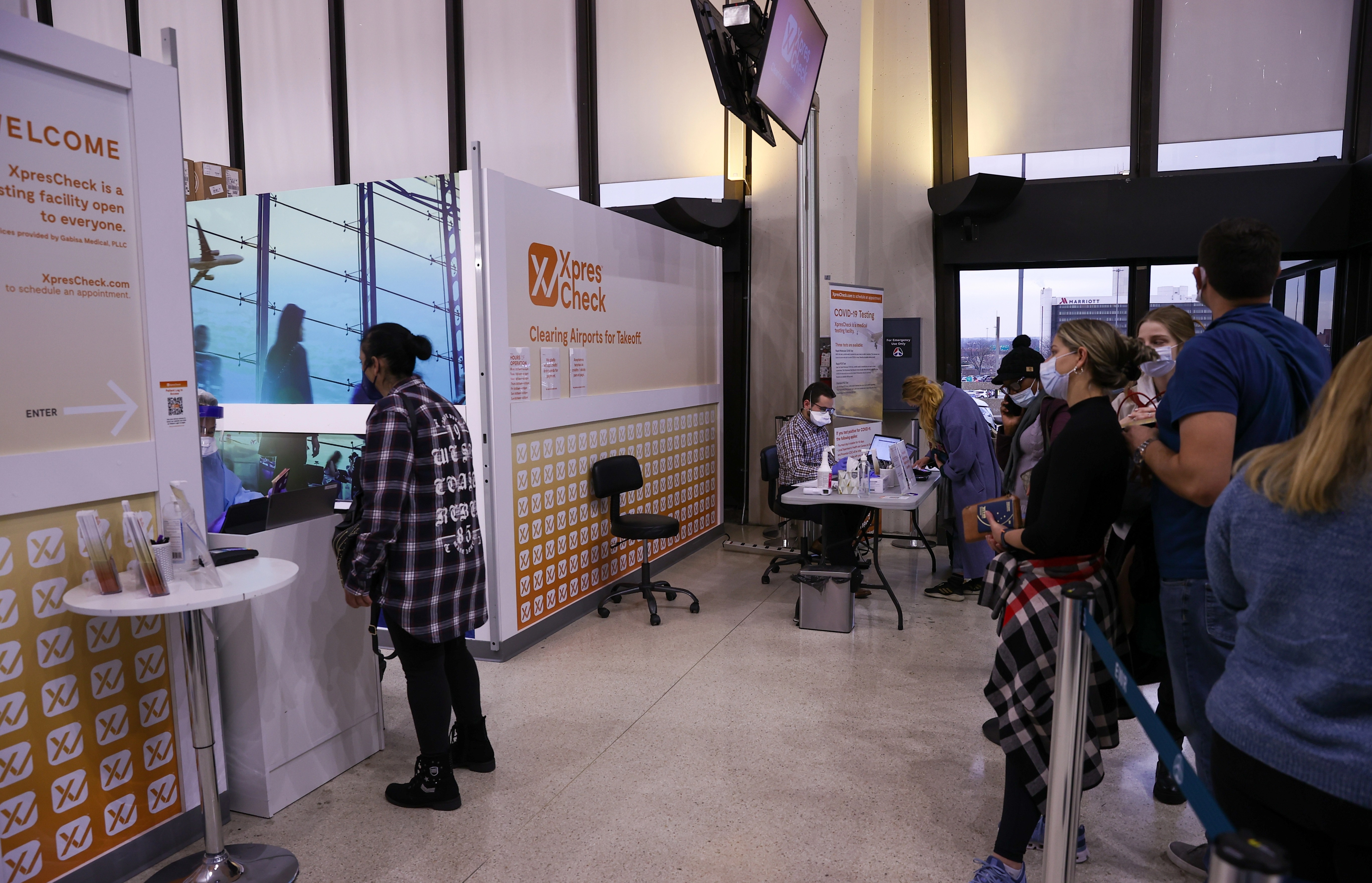 The introduction of the tests earlier this month was described as a "devastating blow" to the travel industry, with aviation officials saying the rapid change in entry requirements has made it "impossible" for the industry to plan ahead.

Currently people have to take a test two days before travel to England and an often expensive PCR test on day two or before.

These regulations were imposed in an attempt to try and restrict the Omicron coronavirus strain, a variant which is now running rampant throughout the country.

And a string of hugely positive studies show Omicron IS milder than other strains, with the first official UK report revealing the risk of hospitalisation is 50 to 70 per cent lower than with Delta.

Covid booster jabs protect against Omicron and offer the best chance to get through the pandemic, health officials have repeatedly said.

The Sun's Jabs Army campaign is helping get the vital extra vaccines in Brits' arms to ward off the need for any new restrictions.

Regardless, travel plans will continue to be disrupted by Covid restrictions – with testing and isolation expected to remain in place until the end of January.

But Boris Johnson's government decided not to impose new Covid restrictions in , despite cases per day of upwards of 100,000, the health minister announced yesterday.

It has prompted baffled travel experts to question why transport tests designed to restrict it were still in place and damaging the industry.

Tributes to 'amazing' young dad, 26, knifed to death at pub on Boxing Day

CHIP OFF THE OLD BECK

Paul Charles, chief executive of travel consultancy The PC Agency, told MailOnline: "The evidence is not there now for such restrictions to be in place coming into the UK.

"The rules are lacking evidence, there is no justification for a pre-departure test to the UK anymore. No-one needs to monitor Omicron coming in – it's already here.

"The PM needs to remove the pre-departure test as a minimum and turn the day 2 into an easier lateral flow test.

"Omicron is less dangerous than Delta – so why are the rules more severe than they were in Delta times?

"The rules in place have rapidly become out of date and they need to be removed urgently – there is no justification for them."

Kurt Janson, director of the Tourism Alliance, said the testing requirements were damaging the industry.

He said: "They certainly make it difficult for it for the international travel sector whether it be inbound or outbound to function in a reasonable manner.

"It is something that needs to be resolved. From the inboard tourism perspective there is £30bn the UK earns – that's been down 80% over the past year.

"Resolving the restrictions on international travel needs to be done. The government has got a tourism recovery plan and the target is to get figures back to 2019 levels by 2023.

"Considering we have one of the highest rates of Omicron in the world, what is the point of getting people to get a day two test?

"Considering we have one of the highest rates of Omicron in the world, what is the point of getting people to get a day two test?

"There is a rational in other countries where Omicron is at low levels, but for people travelling to the UK there is a real question mark over what benefits it brings this country."

A spokesperson for ABTA, the travel association, also questioned why tests were still in place.

"The Government has always been clear that once the Omicron variant is widespread across the UK there would be little rationale for retaining any restrictions on international travel.

"It's vitally important therefore that the additional testing requirements that were introduced are removed as quickly as possible, in line with scientific and medical advice, particularly as we are fast approaching the key booking season for next summer.

"With average annual revenue across the travel industry down by nearly 80% on pre-crisis levels – even before Omicron emerged – the Government must also urgently consider the case for furlough and other income support, especially if travel restrictions are going to be maintained for any significant period."

"We don't anticipate any measures being scrapped until at least the end of January.  Even with the promise of a review every three weeks by the Department for Transport, there have been suggestions they'll be in place for two or three months," one senior aviation insider told The Times.

It is understood travel testing will be looked at by the Government again on January 5 and could be scaled back, depending on the data.