Home » Travel » UK's 51 best walks revealed by Which? from Yorkshire to Cornwall

UK's 51 best walks revealed by Which? from Yorkshire to Cornwall 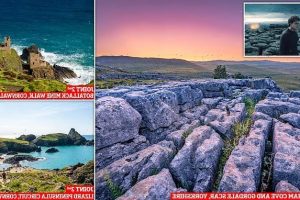 The UK’s 51 best walks revealed, with a route that includes a spot where Harry Potter and the Deathly Hallows was filmed stomping to the summit

A magical walk in Yorkshire taking in a spot where a Harry Potter movie was filmed has been rated the best in the UK, according to a Which? survey revealing the nation’s favourite 51 routes.

The Lake District proved the most popular region for high-quality walks, claiming six spots in the ranking. The Peak District, Cornwall and Northumberland each boast three of the best walks, while Dorset, Snowdonia, London, Surrey and the North York Moors have two each.

The number one route takes in Malham Cove and Gordale Scar, the former of which has amphitheatre-shaped cliffs that lead up to a limestone pavement where a scene from Harry Potter and the Deathly Hallows was filmed. 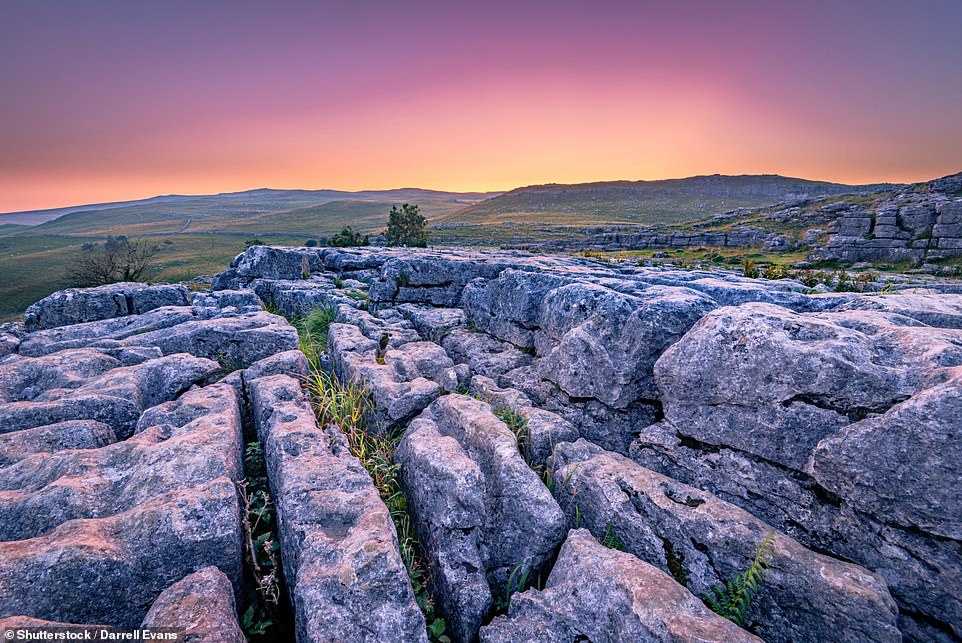 A magical walk in Yorkshire taking in Malham Cove (pictured) and Gordale Scar has been rated the best in the UK in a Which? survey revealing the nation’s favourite 51 routes 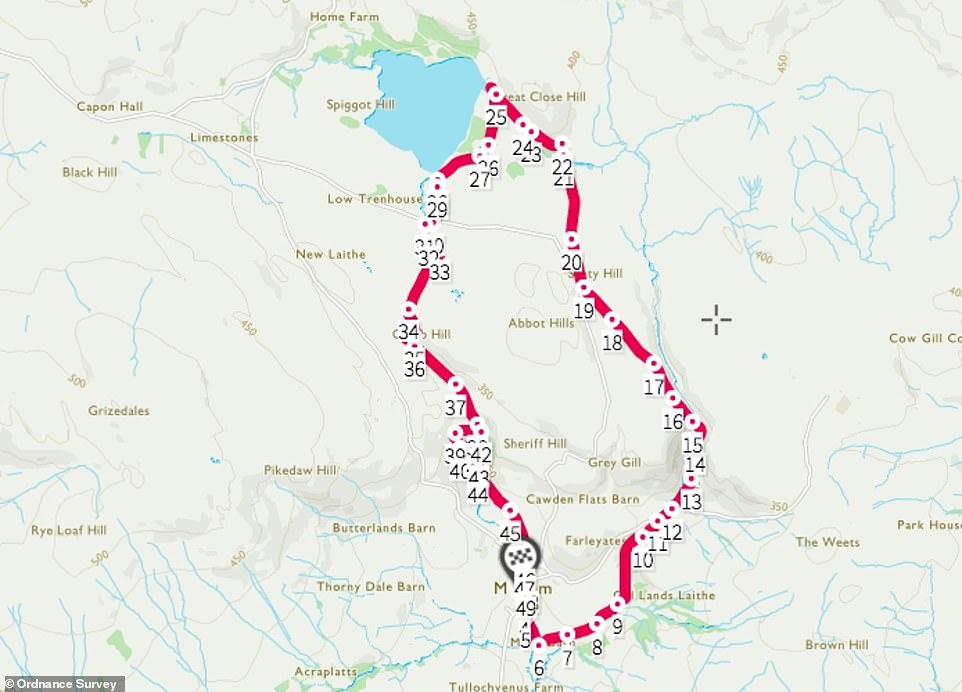 The Malham Cove and Gordale Scar route achieved a superb 89 per cent walk score in the Which? survey of more than 1,800 people 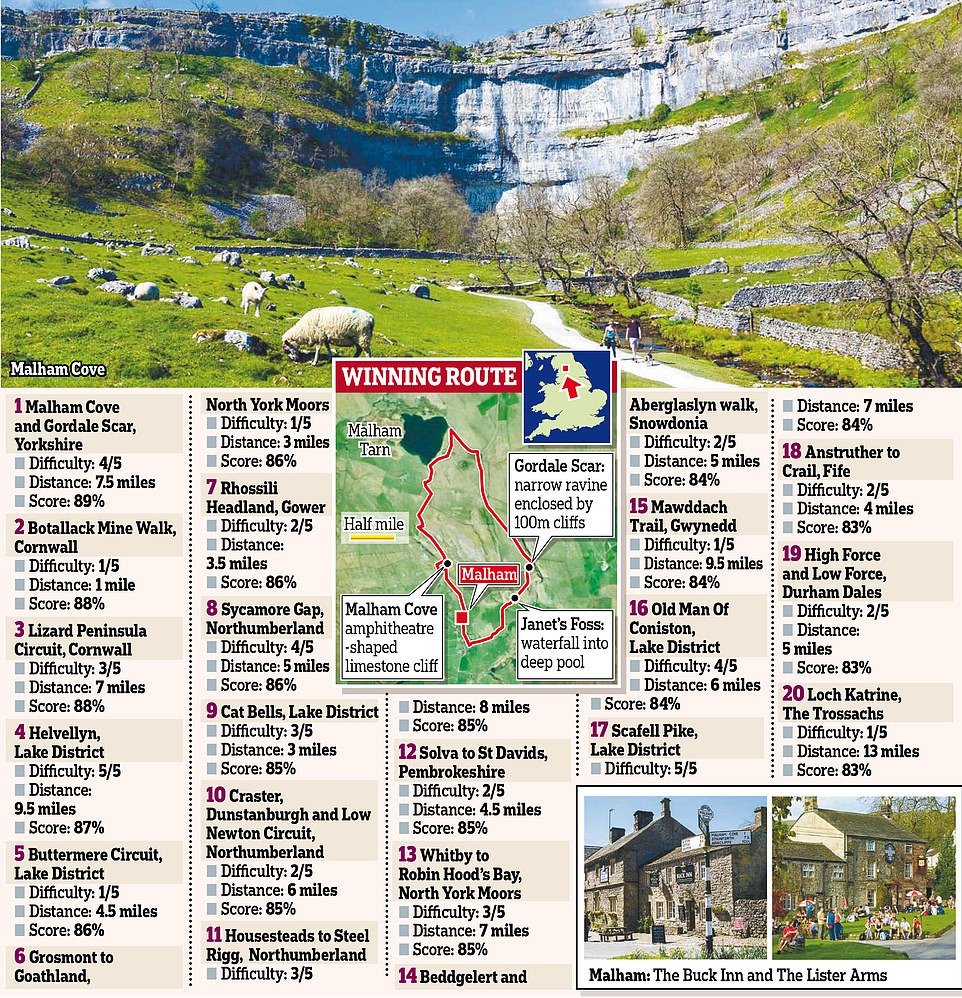 Which? carried out a survey of 51 favourite walks in the UK, with routes in Yorkshire and Cornwall snapping up the three top spaces 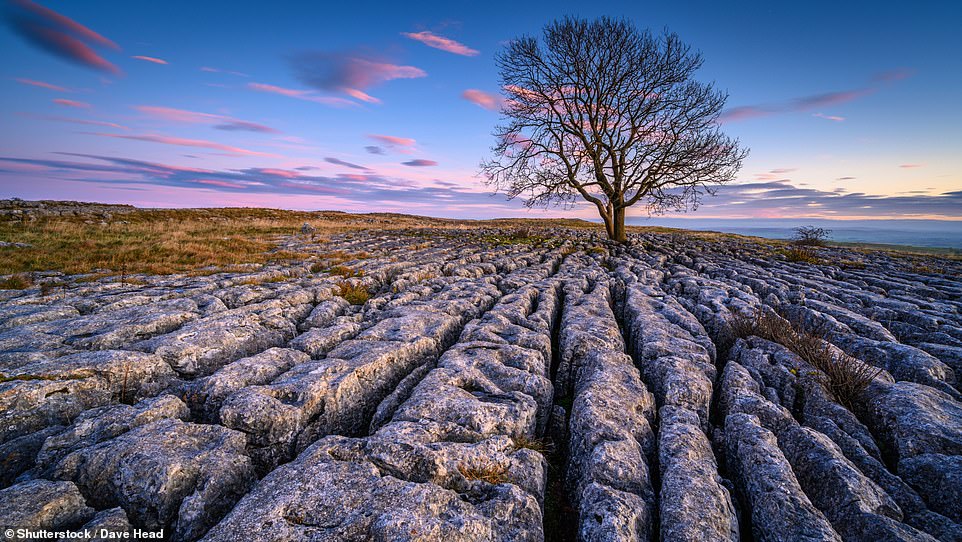 The 7.5-mile (12km) route achieved a ‘superb’ 89 per cent walk score in the Which? survey of more than 1,800 people, and scored the full five stars for scenery and places of interest. 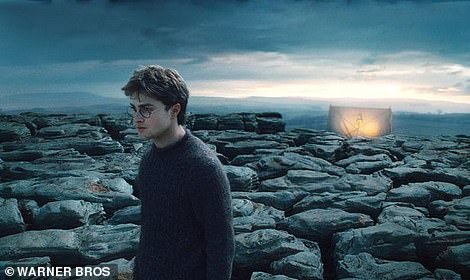 Which? explains that it was rated four out of five for difficulty – where one is easy and five is suitable for experienced walkers only – meaning it is a route for more regular ramblers.

Two walks in Cornwall came joint second, scoring 88 per cent – the Botallack Mine Walk and the Lizard Peninsula Circuit.

The tiny Botallack Mine Walk scored five stars for peace and quiet, and scenery – at one-mile (1.6km) long it is the joint shortest walk among the top 51 alongside Brimham Rocks in North Yorkshire.

Which? reveals that the more challenging seven-mile (11km) Lizard Peninsula Circuit around the most southerly tip of mainland Britain gained five stars for places of interest, scenery and wildlife, with ‘rare red-billed chough birds as well as basking sharks and seals calling it their home’. In the Which? survey results, only two other routes – Solva to St Davids and Blakeney Point – equalled this mark for wildlife.

The ‘challenging’ route to the summit of Helvellyn, a mountain in the Lake District, finished third overall in the surveyy, with a score of 87 per cent.

Which says: ‘This 9.5-mile (15km) hike with stunning views from the Striding Edge Ridge scored five stars for scenery, but with limited visitor facilities, hikers need to make sure they come prepared.’

It was one of few walks rated five out of five by Which? for difficulty – Helvellyn, Scafell Pike, Ben Nevis and Snowden’s Llanberis Path each involve climbs of at least 3,116ft (950m).

Rhossili Headland retained its record as the best walk in Wales with an overall score of 86 per cent, Which? reveals. It says that the ‘undemanding’ 3.5-mile (5km) trail in the Gower received top marks for scenery and five other four-star scores in the Which? survey, ‘making it an excellent all-rounder’.

Walkers pass a former Iron Age fort and can see the remains of a shipwreck poking out of the sparkling sea at low tide, the watchdog notes. 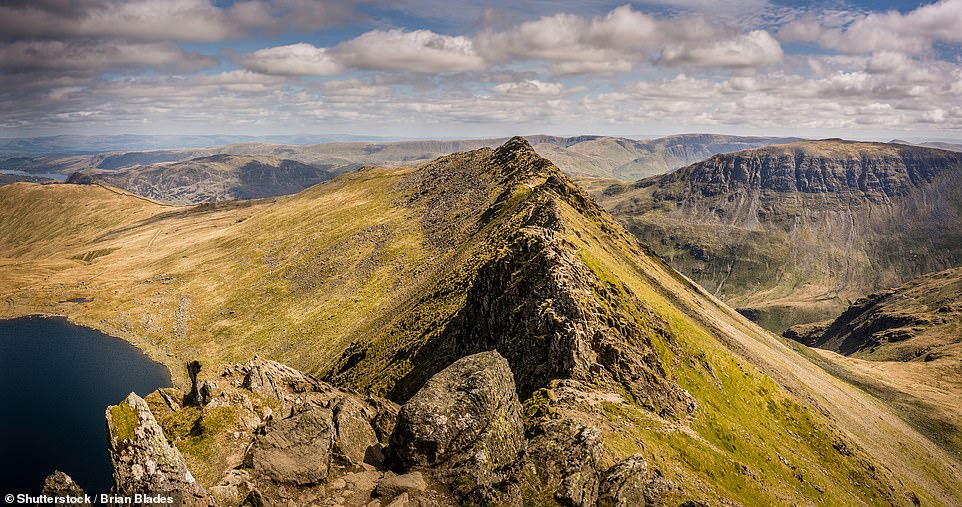 The ‘challenging’ route to the summit of Helvellyn (pictured), a mountain in the Lake District, finished third overall in the survey with a score of 87 per cent 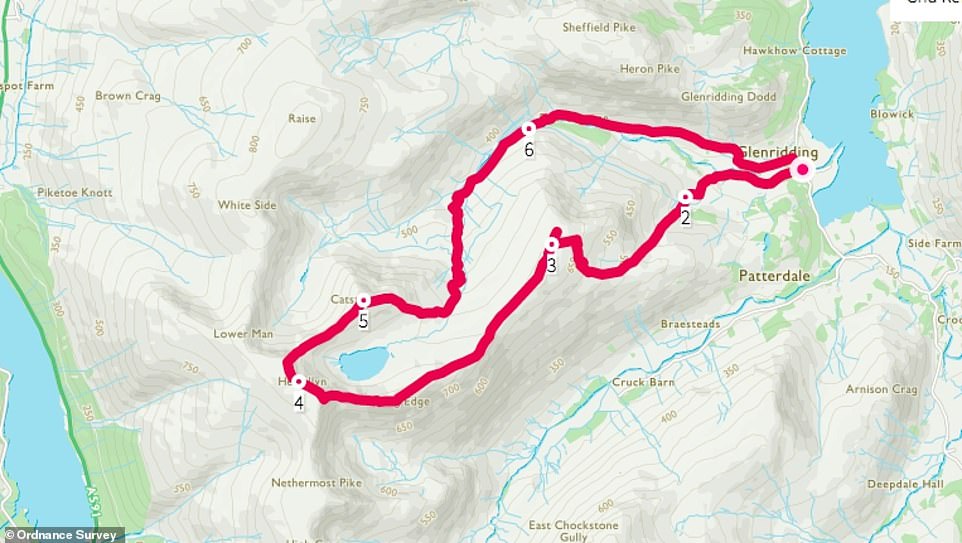 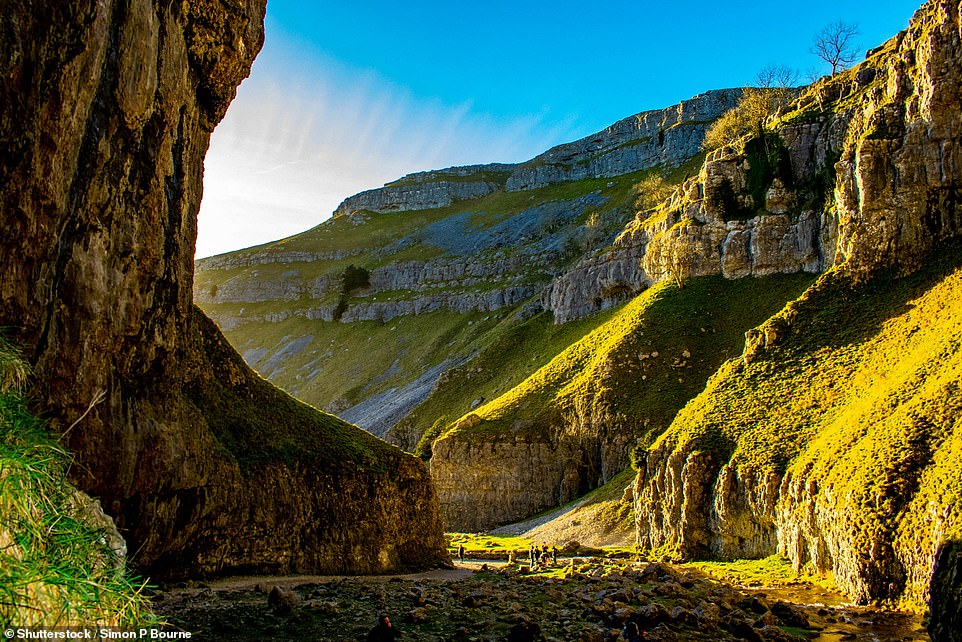 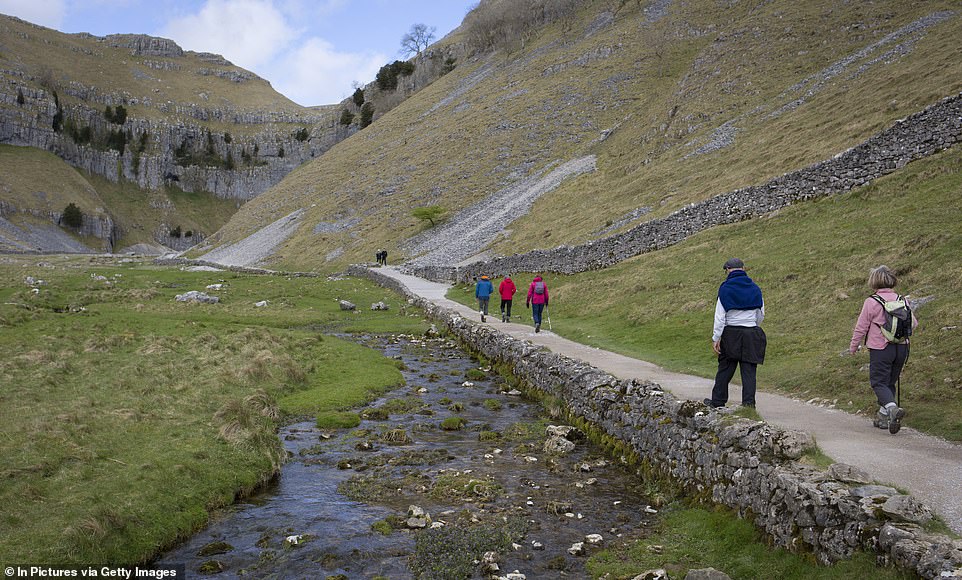 Anstruther to Crail on the Fife Coastal Path was rated Scotland’s best route, with an 83 per cent walk score. The ‘easily navigable’ four-mile (6.4km) route ‘knits together a string of fishing villages whose stone houses have provided a subject for numerous painters’, according to Which?

At 13 miles (20.9km), Scotland’s second-best route, Loch Katrine in the Trossachs National Park, was the longest walk featured, which can all easily be completed in a day. Which? says: ‘Walkers can keep an eye out for silver birch, oak and rowan woodland as they pass through waterfalls on this gentle lakeside stroll.’

Reflecting on the survey’s findings, Rory Boland, Editor of Which? Travel, says: ‘The UK has an amazing variety of walks and with its magical connection, the most popular route in our survey was a worthy winner.

‘From breathtaking rolling hills and lake loops to historic hikes, clifftop paths and the shingle beaches below, there is a route for every taste and ability.’