Want a Different Way to Ring in the New Year? Visit Antarctica

While his friends and family will be back home in Durham, N.H., on New Year’s Eve — at parties, restaurants or at home watching the ball drop — Chuck Ward will be surrounded by glaciers, crystal clear water and Gentoo penguins.

That’s because Mr. Ward, a real estate contractor, will be marking the end of one year and the beginning of another in Antarctica.

Mr. Ward and his wife are sailing on Le Boréal, a cruise ship owned by Ponant, a French cruise line that prides itself on intimate ships and in-depth trips to the polar region. And while Mr. Ward can’t wait to toast the New Year with a glass of Champagne (and to do so in blazing sunlight, because this is the time of the year when the sun never sets over Antarctica), he is more excited about starting 2019 with tranquillity and beauty.

“Our lives are so busy and noisy, and while I like to look on the positive side of things, the world seems a little crazy and rude right now,” he said. “Philosophically, the New Year is a time for beginnings, a time for reflection and change. I can’t think of a better place than this vast and ruggedly beautiful continent to put things in perspective.”

Mr. Ward might feel like he is alone in Antarctica, but he won’t be. An increasing number of travelers visit the continent these days, many of whom specifically want to start the new year there. 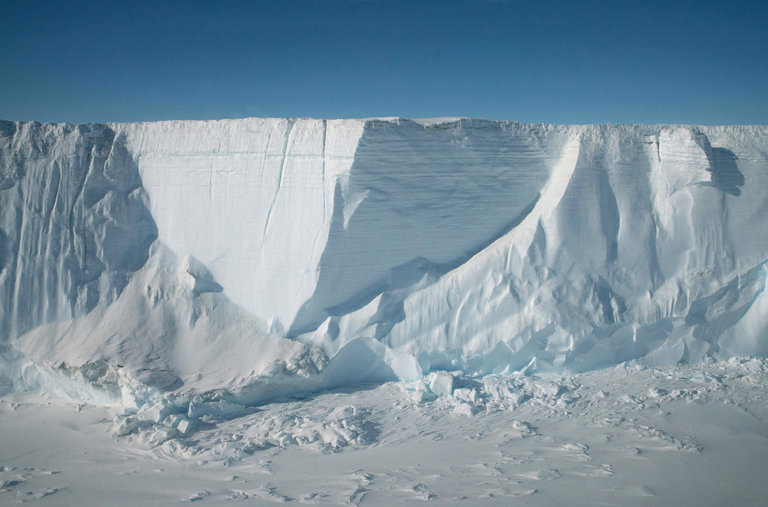 For example, Aurora Expeditions, an Australia-based company that specializes in sailing to the Arctic and Antarctic, said its New Year’s Eve cruise to Antarctica was 90 percent booked, 12 months in advance. It’s now completely sold out.

Similarly, Princess Cruises restarted its Antarctic cruise expedition after a two-year hiatus because of high demand, and is now offering a boat with 1,000 staterooms.

Why New Year’s is an ideal time to visit

Bragging rights aside, it makes sense to visit Antarctica in late December and early January. It’s summer in the Southern Hemisphere, and some of the “warmest” times of the year. Last year, for example, it was a relatively balmy minus 23 degrees Fahrenheit. That’s much nicer than the negative 60s and 70s common in the winter.

It’s also a time when wildlife is awake. “There’s so much activity happening all around you,” said Robyn Mundy, one of the assistant expedition leaders on Aurora Expeditions. “Penguins are feeding their brand-new chicks while predatory birds, raising their own small chicks, are trying to snatch tiny chicks from unsuspecting parents. Humpback whales start arriving in larger numbers. Beaches are bustling with fur seals being weaned.”

And then there’s the sentiment behind the holiday. For many people, New Year’s Eve is a time for reflection and setting intentions for a fresh start. “I think travel, no matter what time of year, is good for escape,” said Joan Watson, a retired accountant who visited Antarctica last year with Wild Earth Travel, a travel company with some ships that also function as research facilities. “But you truly do head into a new year with a bang if it’s spent in Antarctica.”

What to know before you go

With a few exceptions, the only people allowed to spend the night on land work at government research bases. There are a few companies that will fly you there for a few hours, but flights can be unreliable. The minute there’s a threat of bad weather, planes are grounded.

Cruise ships are your best bet. All lines that go to Antarctica (most leaving from southern ports in Chile or Argentina) require passengers to submit medical forms proving they are in good health, mostly because the medical infrastructure can be limited and hard to reach. The closest hospitals can be hours away by plane.

There’s no cellular service on Antarctica and internet access can be spotty. That means you may not be able to make midnight calls to family members or loved ones when the calendar moves to January 1. “The only downside is being away from family,” said Mr. Ward. “We’ll try and stay in touch and send photos when we can.”

How New Year’s ‘works’ at the bottom of the Earth

It can be unsettling to watch the clock in a continent that doesn’t really have an official time zone. (For convenience, McMurdo Station, a United States Antarctic research center, follows New Zealand’s because it is due south of that country.) It’s also strange for some visitors to perform the traditional countdown in broad daylight. “It’s a little funny,” said Jeffrey Donenfeld, who works for a venture capital fund and has spent two New Year’s on Antarctica, “but everything you do here is kind of funny because you’re like, ‘Where the hell are we? What is happening here?’”

Since New Year’s Eve in any part of the world wouldn’t be complete without a party, many ships stage extravagant galas. Ponant opts to have part of its celebration on the ship’s deck, despite the freezing temperatures, so guests can focus on the breathtaking views. On Princess Cruises, travelers party inside with clackers, hats, streamers, Champagne and a balloon drop at midnight.

Still, for many of those who celebrate New Year’s Eve in Antarctica, the highlight is not the party, but what they did that day. Ms. Watson remembers exactly what she did on the last day of 2017: she went out in a tiny boat, for what’s called “zodiac cruising,” to see penguins, and took a short walk around Deception Island, a small caldera in the South Shetland Islands that happens to have an active volcano.

Aaron Russ, general manager of Wild Earth Travel, and himself an expedition leader, said he reminds his passengers not to let holiday festivities distract them from where they are. “Even though it is New Year’s, the primary focus of the day is experiencing and seeing as much of Antarctica as possible,” he said. The ship even, “toasts a glass of Champagne to the Antarctic as well as the New Year.”

END_OF_DOCUMENT_TOKEN_TO_BE_REPLACED

END_OF_DOCUMENT_TOKEN_TO_BE_REPLACED
We and our partners use cookies on this site to improve our service, perform analytics, personalize advertising, measure advertising performance, and remember website preferences.Ok