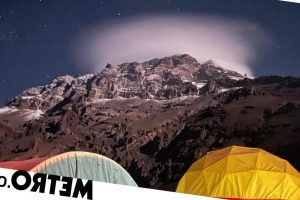 Biting gusts of wind whip my face in the frigid darkness and despite downing a bottle of Coke and finishing off my sixth chocolate bar for the evening, I can’t muster the strength to get my legs to take me any further. They feel shot.

I’m at around 6,300 metres on a steep exposed snow-laden strip en route to the summit of Aconcagua in Argentina, which ranks as the highest mountain in the southern and western hemispheres at 6,962 metres.

After much thought through the fuzziness of being at altitude, I bite the bullet and instruct the guide I am with to tell the main expedition leader that I am going to have to turn around as I fear I will never make it to the top in time.

I’m nervous as to what the leader will say, as this isn’t any old guy.

I’d signed up to climb Aconcagua with Nimsdai, who is widely considered to be the best mountaineer on the planet right now.

If you haven’t heard of this man then I encourage you to watch his blockbuster Netflix documentary, 14 Peaks: Nothing is Impossible, in which he proceeds to summit all 14 of the world’s 8,000-metre peaks in a record-breaking six months and six days. 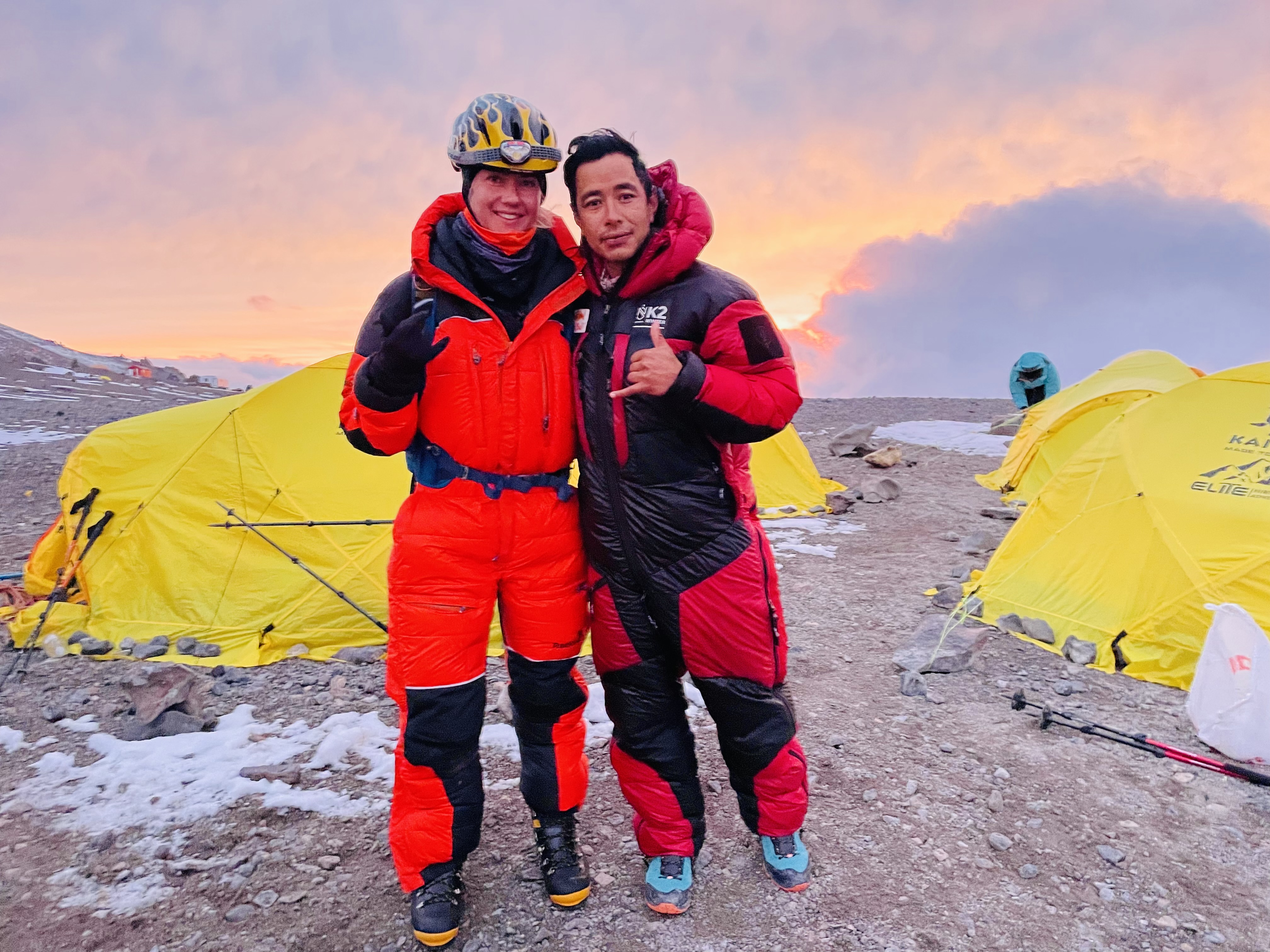 To put it into context, the feat was first achieved by Reinhold Messner over 16 years between 1970 and 1986 and the record before Nimsdai was held by Korean climber Kim Chang-ho, who completed the string of summits in seven years, six months and 10 days.

Nimsdai’s film portrays him as some kind of superhuman, tracing his rise through the ranks in the Ghurkhas in Nepal, to making it as the first Nepalese recruit to join the UK Special Forces to become one of the world’s most revered mountaineers after a late start to the sport just shy of 30.

While he has become somewhat of an overnight celebrity following the release of the documentary last November, the 38-year-old continues to guide a small number of trips through his expedition firm Elite Exped which promotes his proven method of ‘climbing with speed’.

I sign up for Nimsdai’s Aconcagua expedition with 12 other adventurous types who are keen to see how this man operates in real life.

The group features a mix of characters from around the world, some with mountaineering experience and others with none, but a love of the outdoors and keeping in shape seem to be a common thread.

After spending a short time on the mountain with Nimsdai, it’s clear that he’s the same as he appears to be in his documentary; a formidable character with an infectious sense of joie de vivre topped off by a penchant for partying.

Indeed, the night before our summit push instead of resting we plough through platters of pizza rustled up at basecamp, washed down by copious amounts of wine, or ‘grape juice’ as Nimsdai calls it.

Dancing gradually ensues as more wine is consumed and the music continues to roll, with flashing fairy lights adding to the jovial atmosphere.

The next morning, a little bleary-eyed, we set off at around 9am from basecamp (4,200 metres) to camp two (5,550 metres), with one of our guides carrying a boom box to keep up the party spirits.

While most expedition groups do the trip in up to eight hours, we zoom up to camp two in just four hours with Nimsdai setting a punchy pace.

From the higher camp, we spend some time napping and having dinner before venturing off for the Aconcagua summit at 9pm dressed in our puffy down feather-stuffed summit suits.

I initially feel confident about reaching the top – I have the most high-altitude experience of any of the group having been to the North Col of Everest at 7,056 metres and with Mount Elbrus in Russia and Mont Blanc in the Alps under my climbing belt – but as we set off I realise the fast pace we’d gone at that morning, combined with the fact I had carried all of my own gear up the mountain instead of hiring a porter was starting to take its toll.

When I first tell Nimsdai about feeling sapped of energy, he refuses to accept my excuses and makes me trudge uphill alongside him, while stopping to give us slices of apple and sips of Coke (two of his secret weapons).

He looks at me in the moonlit darkness with a stern look in his eyes and I try my best not to disappoint him and continue going, one crampon-clad foot in front of the other.

‘Come on Sadie, stop those negative thoughts. You sound fine. This is easy,’ the superhuman says as we go.

But it’s clear after a short while that I am going slower than the rest of the group and Nimsdai decides to put me with another guide so I can split off and go at my own pace.

I watch the others go off, with their head torches steadily blinking upwards, mirroring the wash of bright stars twinkling overhead.

Despite Nimsdai’s words of encouragement, glugs of Coke and slices of apple, I get to 6,300 metres and regretfully decide to call it a day.

It’s 6am by the time I land back at camp two and I have a bout of broken sleep before waiting for the others.

It turns out eight of the group make it to the top, but even for Nimsdai, it turns out to be a very long summit day, with the journey totalling 20 hours for one chap.

While it’s not a technical mountain, we all agree Aconcagua isn’t to be underestimated, with a long summit day and unpredictable weather making it a pretty tough climb.

Back at basecamp, I feel pretty gutted about not reaching the top but revealing a softer side, Nimsdai turns to me and tells me ‘sometimes we just have to learn to be satisfied’.

I’m not sure this man would ever be satisfied with not reaching the top but my takeaway from the trip is that sometimes it’s ok to just enjoy the journey.

And it’s certainly an enjoyable and inspiring journey when you’re around someone like Nimsdai.