What Tituss Burgess Can’t Travel Without

The actor and singer Tituss Burgess has appeared in many Broadway productions over his 14-year career, but he may be most famous as the scene-stealing Titus Andromedon in the television show “Unbreakable Kimmy Schmidt.” The final episodes of the show, for which Mr. Burgess has received four Emmy nominations, began streaming last month on Netflix.

Because he travels frequently for work, Mr. Burgess’s ideal vacation is a staycation. “I truly don’t like to go anywhere,” he says. “But sometimes I’ll seek out the newest hotel in New York, and my partner and I will have a staycation. You know, we just choose a new area, whether it’s downtown, South Street Seaport, the East Side, something like that. I suppose that counts as traveling because in New York getting anywhere takes a half an hour.”

While he calls New York City his home, it’s only on these staycations that Mr. Burgess takes time to check out new restaurants and theater productions. “New York has everything to offer but when you live here and you’re dealing with the everyday -isms and eccentricities of the city, you may or may not have energy to take advantage of all the wonderful things that tourists take advantage of. Or you want to but are too exhausted by the time you’re done doing your day.”

Mr. Burgess has a list of things that make a staycation perfect. “We’ll have the champagne already in the room before we check in so that we don’t have to do that when we get there,” he says. “We’ll probably run a bath, then our masseuse will be ready. It’s just quite literally less is more on our vacations: fancy bubbly, a massage, a Broadway show, food and lots of sleep.”

When he flies for work, he packs light, with a focus on comfort to help assuage the stress of travel which, he says, brings out the worst in people. “I’m a very sensitive person so I absorb people’s energy very easily, and being in crowded spaces where the energy is so heightened and everything’s at fever pitch, it’s terribly overwhelming. So by the time I go to set to film, to then try and absorb another character’s energy, you can imagine I’m quite spent.”

Here’s what he packs on every trip.

“This is a small desktop fan I got from Walgreens, would you believe. I’m always hot and even in the winter, we have the air-conditioner on. So when I go to hotels I have to request a fan be in the room, or else I can’t go to sleep. I have to have that white noise in the background, and that feeling of air blowing on my face. I will leave things that are perhaps more essential out of my carry-on just for the sake of bringing that fan.” 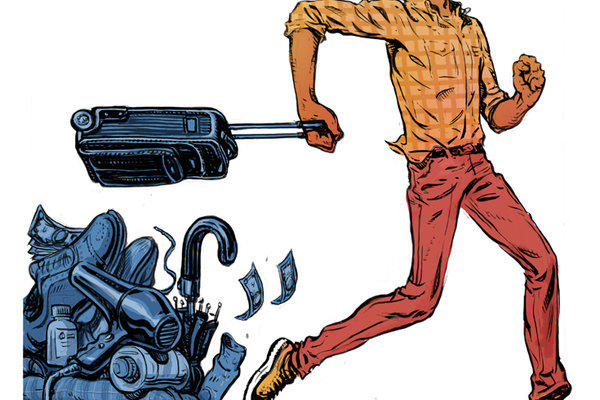 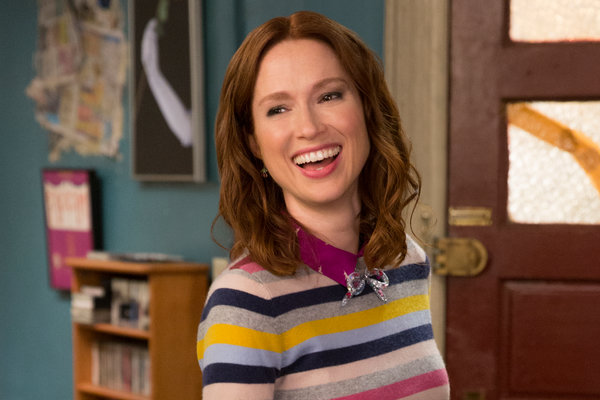 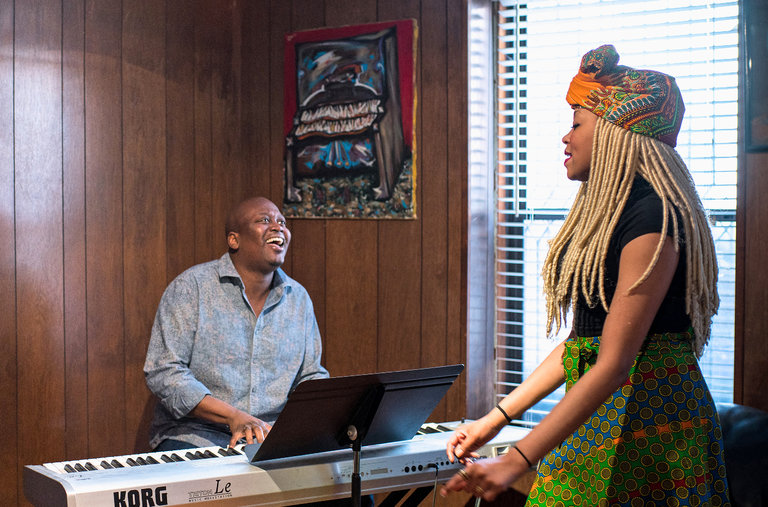 “I bring a pair of sweatpants that look classy enough to maybe go have a cocktail in, and are comfortable enough to sleep on the plane in. I’m a very light packer.”

“I freeze it overnight and I live 10 minutes from LaGuardia, so it’s still cold. It’s so I’m not puffy when I get to set.”

“It’s my favorite facial cream. It accompanies my face mask, and it makes you look nice and moist and awake, after the puffiness has been held at bay because of that glorious cold eye mask.”

“Blocking out the world is very important to me. And I can brush up on Broadway show soundtracks I haven’t seen yet, so it puts me in a better frame of mind to withstand the perils and demands of airports. I don’t sing out loud, though; I know what’s my inside voice and what’s my outside voice. And I don’t want to draw attention to myself. But I certainly get in the spirit and I might accidentally do a jazz hand here and there.”

We have a new 52 Places traveler! Follow Sebastian Modak on Instagram, and discover more Travel coverage by following us on Twitter and Facebook. And if you sign up for our Travel Dispatch newsletter, each week you’ll receive tips on traveling smarter, stories on hot destinations and access to photos from all over the world.