Home » Travel » What travel tribe do YOU belong to?

What travel tribe do YOU belong to? 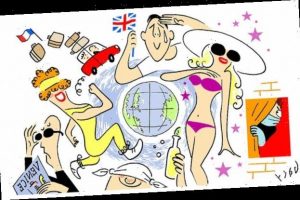 What travel tribe do YOU belong to? Some of us are cautious, some daring – and some plain defiant

This year, your summer holiday says more about you than cash ever can.

Pre-corona, some people were humble-bragging about the Seychelles (‘We got a fabulous deal online’), this year it’s Salcombe.

So, are you a staycation sissy or an adventure addict ready to brave airport hell? 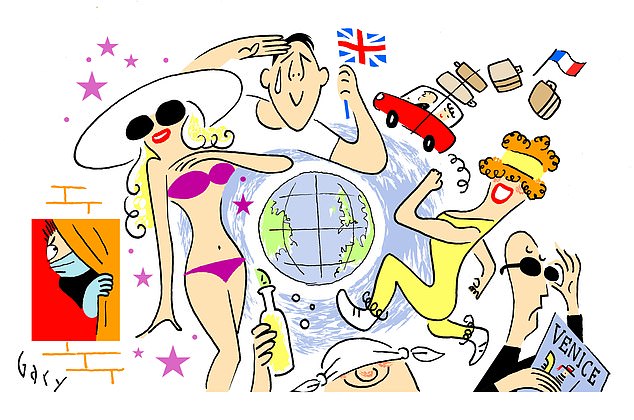 This year, your summer holiday says more about you than cash ever can, writes Victoria Mather

Good old Blighty! And we’ll be able to take the dog. The Landmark Trust has been combed for architectural amuse-bouches: what about The Birdhouse at Badger Dingle, built in 1783 by James Wyatt?

Or Appleton Water Tower (1877) at Sandringham, so near to lovely Holkham beach? Hopefully the plumbing is 21st century.

Scotland has plenty of allure — perhaps a yurt in the Great Glen, a shepherd’s hut on Skye, or an eco treehouse on Brockloch Farm in Dumfries and Galloway.

Having been locked down for three months, all Caroline wants is to stay at The Pig at Harlyn Bay, Cornwall, opening on July 31, or The Pig on the Beach in Studland, Dorset, or The Pig at Combe in Devon’s Otter Valley — any old Pig where she can be looked after.

But every Boden-clad traveller has had the same idea, and a Pig is harder to get into than Buckingham Palace.

There’s a pandemic out there, ‘so kids, we’re going to have such fun glamping in the garden. Daddy is going to put up a tent’.

But Daddy bashes his thumb while hammering in a peg. It rains. The barbecue runs out of gas.

The children complain that all their friends have gone to Cornwall, the Isle of Wight or the Jurassic Coast. Mummy cries a lot. 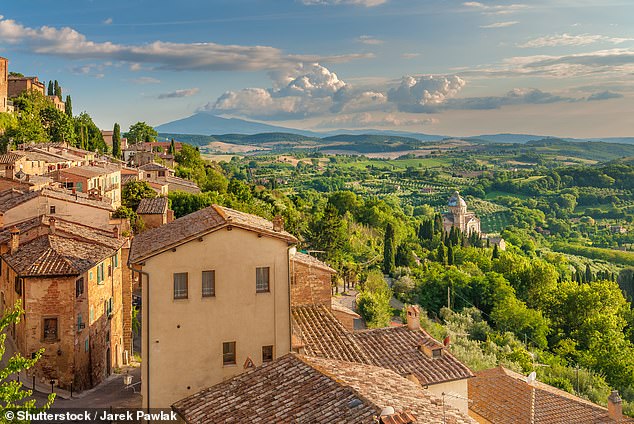 Grand tourists, like Henry and Charlotte, will drive through France to reach Tuscany, pictured

Henry and Charlotte are driving through France to Tuscany. Frightfully clever, as they think they’ll avoid the French two-week quarantine.

Charlotte has ingested the likes of the Mr & Mrs Smith and Relais & Chateaux websites to find the most divine hotels. None of these are en route, so Henry must do battle with the satnav.

The Villa Clarisse on the Ile de Re is practically back in England, and the slog to Airelles Gordes in Provence is not improved by a speeding ticket. Charlotte longs for the scent of lavender and calamari carbonara; Henry is consoled by the hotel’s car wash service.

Charlotte’s research with the chic Bellini Travel agency results in a stay at La Cerbaia at the Earl of Durham’s boast-worthy Cetinale estate. ‘It’s going for a song this summer, darling, only €7,000’ — so they invite friends to share.

By the end of the week they feel furious the others haven’t pulled their weight with the shopping, cooking and bill-splitting. Then there’s the drive back… 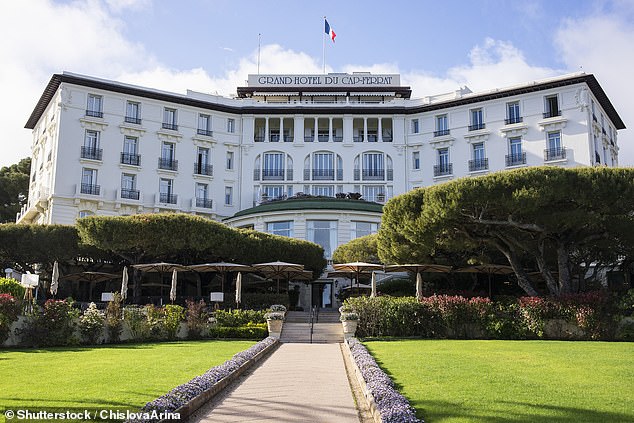 Glitzy blitzers Chloe and Jordan will be seen having drinks at the Hotel du Cap in the French Riviera, pictured

Chloe is going to a Riviera — and no talk of quarantining or warnings about non-essential travel will stop her.

It doesn’t matter which one as long as she can show off her fake tan in her itsy-bitsy bikini and all her new Asos clothes. France’s Juan-les-Pins and the Hotel Juana, perhaps?

She’s going with her friend Jordan, whose dad is in the building trade, so they’ll be able to afford a drink at the Hotel du Cap as they take selfies.

Or maybe Turkey? Chloe has consulted Original Travel and likes the sound of the D Maris Bay, with its private yachts and five private beaches. It sounds a great place to find fit guys.

Or how about stunning Finca Cortesin in Andalucia with its snow cave in the spa?

The world is her lobster.

Aren’t they the clever clogs going to Iceland? Population 360,000, relentless fresh air, corona testing on arrival. These eager beavers are heading for Deplar Farm in the remote Fljot Valley where sheep outnumber humans.

Equipped with Lycra and hiking boots, they’re going sea kayaking, whale watching and fat biking, before swimming in the indoor/outdoor pool heated to 38c by thermal springs. The mixologist and jam sessions blessedly soften the edge of all this improving activity. 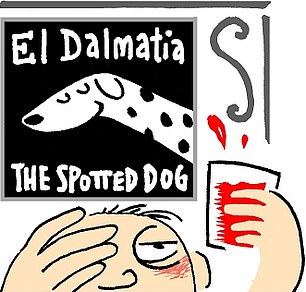 They don’t care where they go as long as it has cheap beer. Corona was a perfectly good drink if you stuck a slice of lime in the bottle.

Spain is open for business so it’s time to head to the Costa Nothing, where the chaps can crowd into an Airbnb apartment and emerge at noon to soothe their hangovers at El Dalmatia (The Spotted Dog), kindly translated into English under the sign. Bloody Marys are made by Jose the barman, who has become a mate.

Watching the girls go by is about as sporty as they get after Gary cracks his tooth water-skiing. Safer to stick to the sangria.

Now is the time to see Venice without the ghastly tourists and cruise ships. Emma believes in dolphins in the canals and expressos at Cafe Florian.

She’s booked Red Savannah’s nine-day road trip from the city (staying at Ca’ Sagredo, by the vaporetto stop), and will head to a private cabin in the Dolomites.

Next she’ll venture to Lake Como and the Grand Hotel Tremezzo, with its pool floating in the lake. Maybe she’ll see George Clooney. That would be even more exciting than the Tintorettos in the Scuola Grande Di San Rocco.